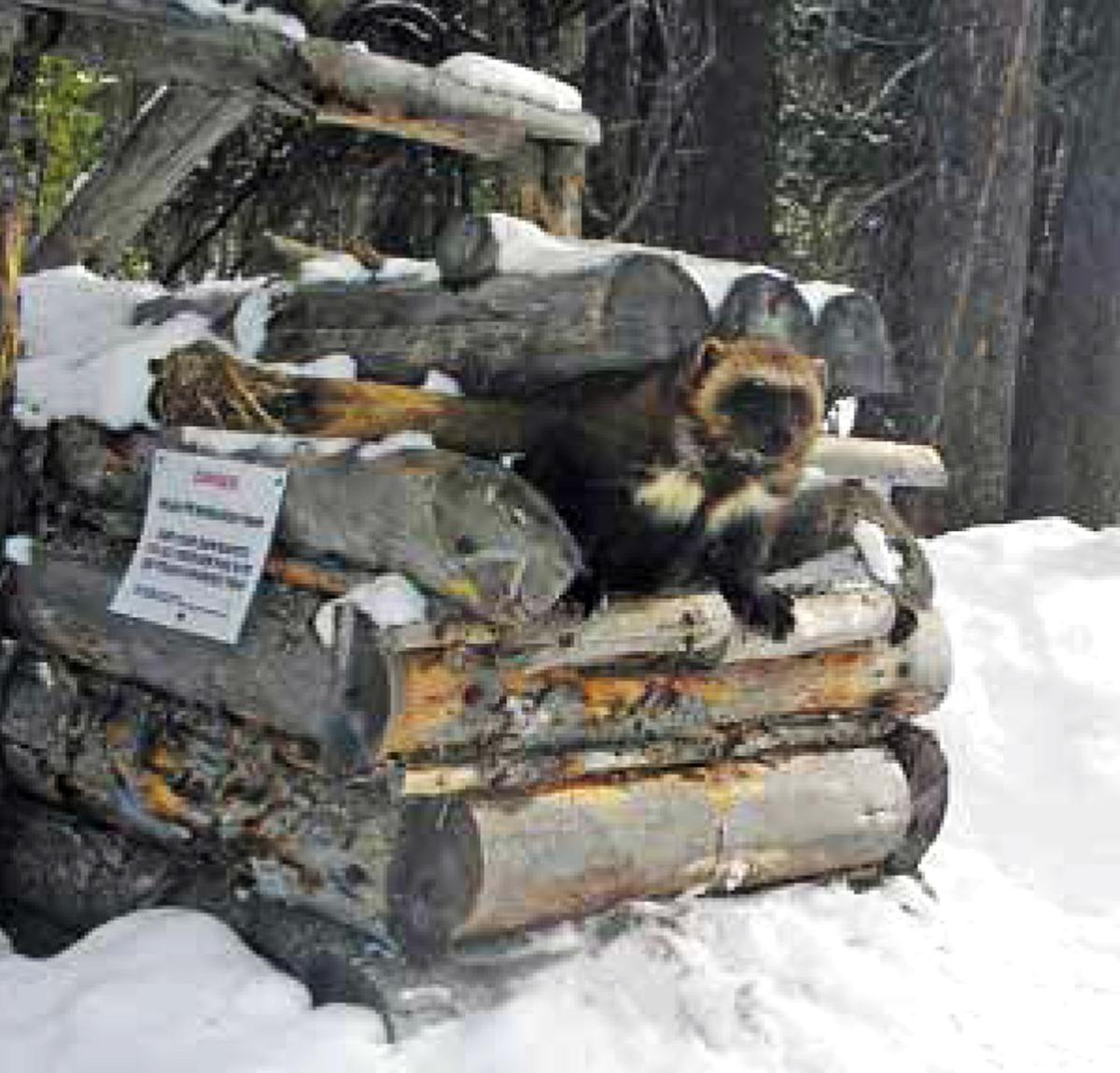 Wolverines don’t make themselves easy to study. In addition to being able to gnaw their way out of log-cabin-like traps, they’re shaped kind of like a traffic cone. Even if you catch one, the radio collar tends to slip off.

So how do you study what snowmobiling and skiing do to wolverine habitat? Collar the humans.

“This was the biggest radio-collar project with wolverines ever,” said University of Montana wildlife biologist Mark Hebblewhite, one of the study co-authors. “The part I didn’t think would work was collaring humans. A friend tried this in Canada, and everyone was, ‘Get out of my face.’ But we wound up with better data on the humans than on the animals.”

So much better that the interagency study team wrote a separate paper on how people play in winter landscapes. But that’s another story. For now, focus on what happens when one of the most elusive and charismatic of Rocky Mountain megafauna encounters growing numbers of backcountry recreationists.

The question matters because wolverines are so hard to find that the U.S. Fish and Wildlife Service has hedged on declaring them an endangered species due to lack of data. While we do know the amount of suitable wolverine habitat is shrinking, we can’t say the same about wolverine population numbers. They’re too tough to count.

The Wolverine-Winter Recreation Research Project released last December compiled six years of observations in the mountains of Montana, Wyoming and Idaho. In addition to tracking 24 wolverines with GPS collars over 2.7 million acres, the team also recorded 5,539 people playing across 145,765 miles of the mountains around West Yellowstone, McCall, Idaho, the Sawtooth Range and the Grand Tetons.

“What’s valuable about this is it suggests that based on good science, there can be an effective balance between recreationists that are using public lands and wolverines,” said John Squires, a study co-author at the U.S. Forest Service’s Rocky Mountain Research Station in Missoula.

The study showed that just because people ski or snowmobile in good wolverine habitat, the wolverines don’t automatically abandon the area. Instead, it indicates there’s an activity threshold below which wolverines may hang around, but when exceeded they will give up and leave.

That’s the kind of information Forest Service analysts and other land managers need when making winter travel plans, issuing permits for races or reviewing ski area expansions. And the answers differ by sex.

But females get bumped away much more easily. And that may affect reproduction in a particularly slow-to-breed species like wolverines. Mother wolverines den in February and March in deep snow fields that persist late into spring, which can put them in conflict with late-season snowmobilers.

So tracking the people to see what they really do was essential. Hebblewhite said past attempts relying on interviews or surveys yielded less-than-useful social science. People over- or under-estimated how far they went, where they went or how intensely they used an area.

“It quickly became a big data problem,” Hebblewhite said. “The wolverine collars gave us one spot every five to 20 minutes. The human trackers were sending in data at one spot per second.”

The team made several enlightening observations. The first was there isn’t that much recreation in prime wolverine habitat. The animals liked forested slopes and avoided open subalpine areas (although they traveled close to the forest edges) and denned in rocky talus fields.

That conceivably put them away from the open areas snowmobilers enjoy but exposed them to the glades that skiers seek out. However, the study also pointed out some differences in scale for human activity.

“The impression of snowmobilers out there high-marking is actually quite rare,” Hebblewhite said. “Most of them just drive old Forest Service roads. But they’re the dominant form of activity. Snowmobilers tend to drive 50 miles a day. Backcountry skiers typically traveled 10 miles or less.”

Dinosaurs with long tails would have wagged them as they ran

Dinosaurs with long tails would have wagged them as they ran

OLNEY — Sometimes it takes a cat to survive in grizzly country.

POTOMAC – The roadkill deer Adam Lieberg hauled in for snacks on his latest venture into Gold Creek smelled ripe enough to wake a grizzly bear.

In a room packed with wolverine legal experts, U.S. District Judge Dana Christensen may have had the best brief. He actually saw the rare carn…

People of the bear: Grizzly warriors never give up

Despite their reputation as the fiercest carnivore in the Montana mountains, wolverines have mommies too.

Scientists have been scrambling to document how animals use microclimates to survive, and what might happen as the macroclimate governing whole continents changes around them.