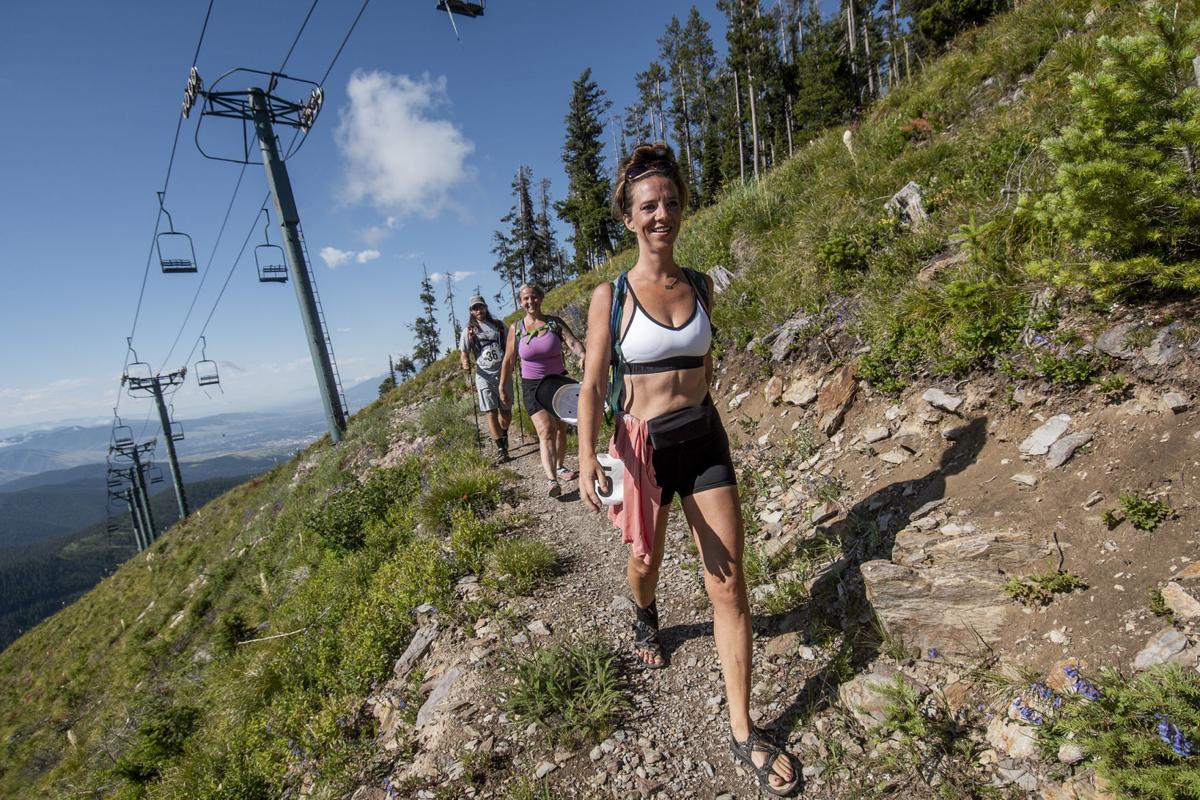 From right: Traci Lajoie, Pagona Kubert and Steve Moeller walk down the trail on the second half of the Big Sky Challenge hike at Montana Snowbowl on Sunday morning. The challenge, a fundraiser for those with traumatic brain injuries, had three routes of varying difficulties including a 10-, 5-, and 1 mile hike. 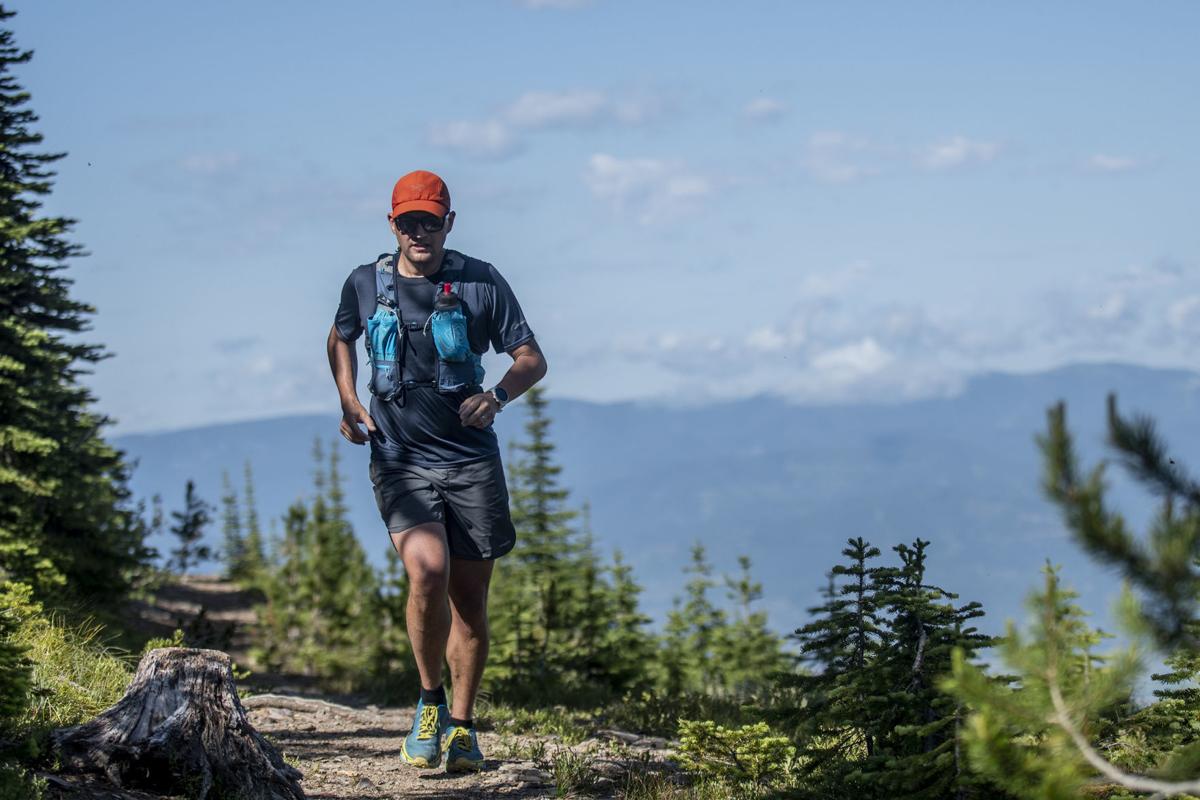 A runner heads to the peak at Montana Snowbowl during the Big Sky Challenge on Sunday morning. 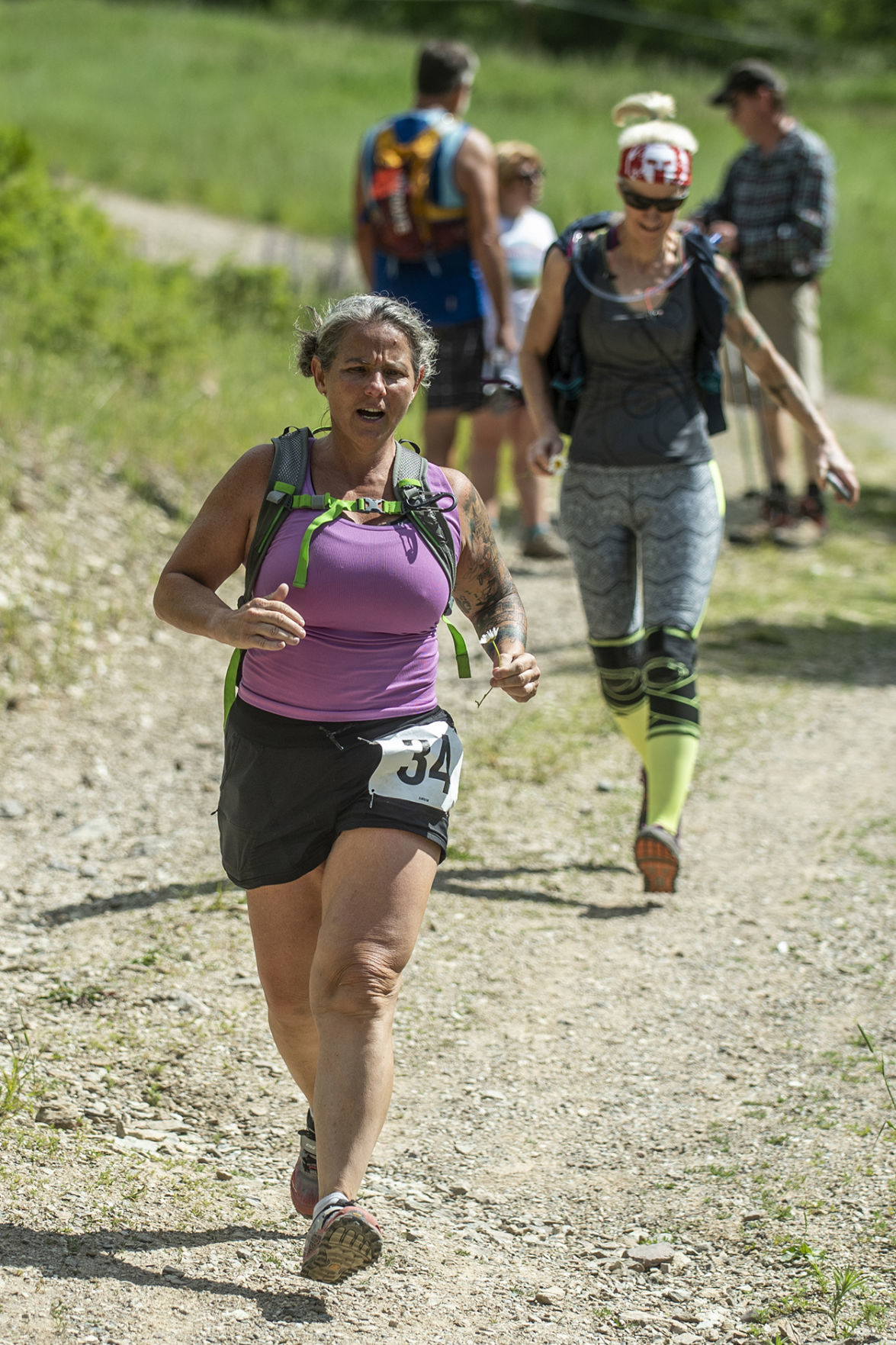 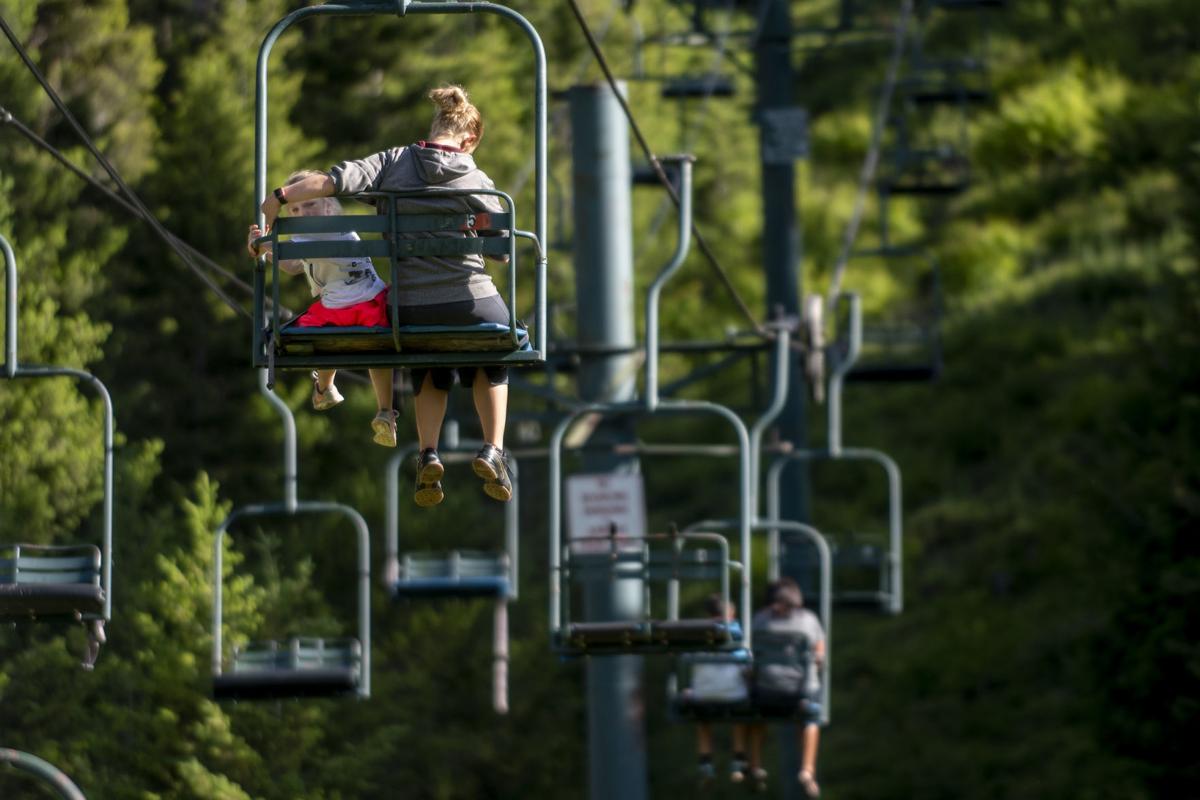 Nearly 200 hikers scaled the trails looping around the Snowbowl Sunday and brought in close to $30,000 for the Brain Injury Alliance of Montana as part of the nonprofit’s second annual Big Sky Challenge Hike.

Along with their paid entry into the event, the hikers raised funds on their own and in teams. Team “Jewell Strong,” named after a 6-year-old girl who suffered head trauma after being struck by a car last year, raised more than $1,000.

“When we first decided that we needed to put on a fundraiser, we wanted to do something different,” said John Bigart 3rd, the nonprofit’s executive director. “Then we realized that Missoula hosted lots of runs, but no hikes.”

Planning for a fundraiser began after budget cuts left the Alliance without any funding from the Montana Department of Public Health and Human Services.

“Even though it doesn’t replace the $100,000 we were getting from the DPHHS, it’s still pretty amazing how many people came out here today. Last year we had 100, and we doubled that this year,” Bigart said.

The Alliance operates as a support, advocacy and community engagement group across the state. In 2013, its members worked with lawmakers to pass legislation that requires public schools to educate coaches and parents on how to best protect young athletes from brain injury.

“We’re only as strong as the immediate community around us,” said Board President Ariana Del Negro.

Del Negro, whose husband suffered a brain injury while serving in Iraq, said Sunday’s hike both brings in desperately needed funding and meets the organization's goal of spreading awareness of the impact of brain injuries in a state where more than 40,000 people have suffered from a brain injury.

With Sunday’s teams walking in support of Jewell Colman, shooting survivor Montana Highway Patrol Trooper Wade Palmer and several others, “there is still a lot of work to do,” according to Del Negro.

“We’re getting better with reaching out to the community, but we still depend on groups like the Puzzle Club to help form the bonds between us, those with TBI and the community,” she said.

Jim Mickelson formed the Puzzle Club 20 years ago as a support group for those still recovery from head trauma.

“You’ve got 1 billion brain cells with 1 trillion connections in your head. That means that there’s a limitless number of things that can be affected when you suffer a head injury,” said Mickelson.

While working as a full-time firefighter in 1991, Mickelson’s engine was struck by a train, sending him into a coma and more than five years of recovery. He said he created the Puzzle Club as a resource for others who want to share the company of those who have “been there and done that.”

Mickelson said he saw several members of the Puzzle Club on Sunday’s hike, one of whom was Jim Coulter.

In the spring of 2018, Jim Coulter had a tumor “the size of an egg” removed from his eighth cranial nerve. He spent the next year learning once again how to walk, eat and drive. Unlike last year’s hike, when he was still bound to a wheelchair, this year he walked to the chairlift that took him to the 1-mile “Mission Loop” segment of the hike.

Coulter said now that he’s “checked off” the 1-mile hike, he plans to return next year to finish the 5-mile “Awareness Loop.”

Coming to the end of the Second Thought Trail, Brenda Meyer took a break from the full 10-mile Big Sky Challenge Summit to grab some water with her friends and people she met along the hike.

Four years ago, her daughter was in an electric scooter accident that required her to be airlifted to a hospital. She has since been through several neurological treatments for head trauma.

“We were going to just do the 5-mile hike, but then we figured that the people who this hike benefits go through a lot more than we do,” she said.

“Good luck,” her daughter texted to her as she made her way down Beargrass Highway to the finish line.

A team forged by the Montana Highway Patrol is among the roughly 200 already registered for the Big Sky Challenge Hike up Snowbowl on Sunday, …

Craig Johnson didn’t get into radio because of his love of music, or inspiration from his father, a longtime radio reporter in Minnesota. It w…

From right: Traci Lajoie, Pagona Kubert and Steve Moeller walk down the trail on the second half of the Big Sky Challenge hike at Montana Snowbowl on Sunday morning. The challenge, a fundraiser for those with traumatic brain injuries, had three routes of varying difficulties including a 10-, 5-, and 1 mile hike.

A runner heads to the peak at Montana Snowbowl during the Big Sky Challenge on Sunday morning.