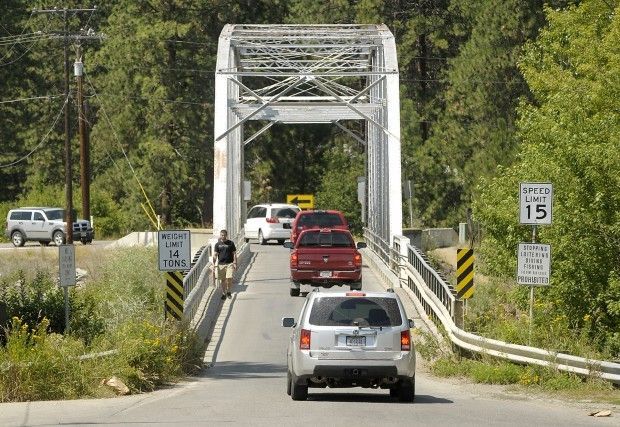 Vehicles cross the one-lane Maclay Bridge over the Bitterroot River in this Missoulian file photo. 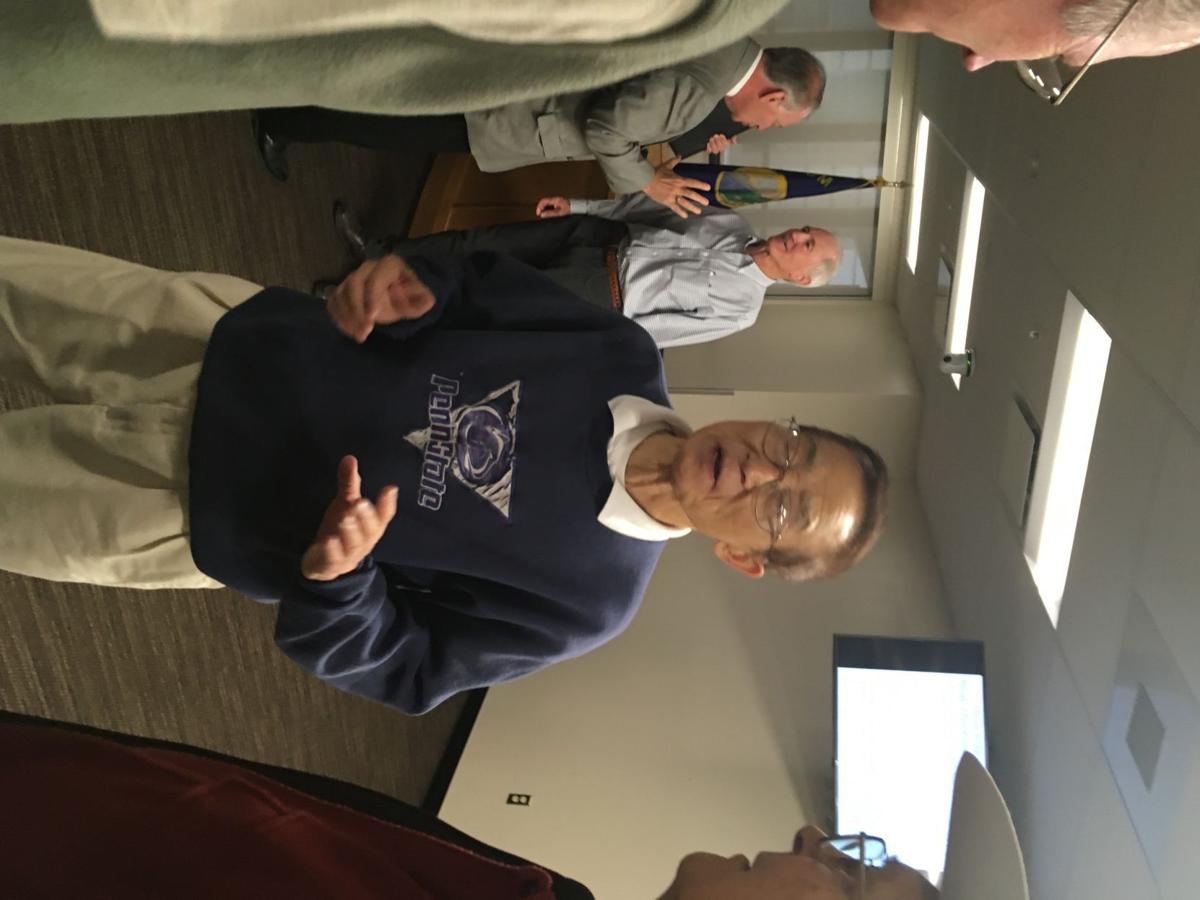 Vehicles cross the one-lane Maclay Bridge over the Bitterroot River in this Missoulian file photo.

There are plenty of ways to keep old Maclay Bridge intact and in service, two experts on saving historic bridges reported Tuesday.

It’s up to Missoula to come up with a way and a will to do it.

Dr. Jai B. Kim of Pennsylvania and his son Robert of South Carolina presented five options for saving the bridge first built in 1935 over the lower Bitterroot River. They ranged from rehabbing the main span of the existing one-lane bridge to building a new bridge alongside it to accommodate two-way traffic.

The Kims spoke at an afternoon presentation in the new conference room in the Missoula County courthouse and at an evening meeting at Target Range School, one day before the Montana Historic Preservation Review Board meets in Hamilton to consider a nomination to place Maclay Bridge on the National Register of Historic Places.

The nomination would make available federal funding to fix up Maclay Bridge, said Fred Stewart of the Maclay Bridge Alliance, which brought in the Kims to inspect the span and to show Missoula it can be saved.

County commissioners have signed off on a plan to build a modern bridge upstream that would extend South Avenue across the Bitterroot to the west. The plan includes the removal of Maclay Bridge based on safety, functional and environmental concerns.

The county and the Montana Department of Transportation argue that Maclay Bridge doesn’t qualify for state or federal transportation funds, the Alliance’s Bob Schweitzer said after the afternoon presentation.

“We’re hoping that the county commissioners would reconsider and say, ‘Wait, there’s information here that we’re not aware of. There’s federal funding availability that we’ve been told all along is not available, and it is available,' ” Schweitzer said.

Jai Kim offered no estimated costs for any but the first option, which would rehabilitate the truss bridge with arches to add “redundancy” to the main span, giving it a live load capacity of 36 tons. The current weight limit is 11 tons, requiring school buses and fire trucks to slow to 5 mph to cross.

Kim equated redundancy to adding a third leg to a person who won’t fall if one of the other legs is broken. That would cost up to $1.26 million. A “1A” option would rehabilitate or replace the “pony truss” bridge connected to the main span for up to $800,000.

Stewart said the 1A alternative is the one most consistent with the Target Range Neighborhood Plan and is “one that I think many in the neighborhood would prefer.”

The cost estimate for a new South Avenue Bridge is $13.1 million.

Don St. Peter, from a group called the Maclay Bridge Common Sense Coalition that favors the removal of the bridge, asked Kim why none of the five alternatives addressed the poorly designed approaches.

“All you’ve focused on is the bridge itself,” St. Peter said. “Contrary to what Fred said at the beginning, both prior studies (in 1994 and 2013) did look at the bridge and rejected the idea of rehabbing it in place because it didn’t address the multiple traffic accident clusters. Your analysis doesn’t realign the bridge approaches at all.”

St. Peter said the 2013 study showed that four or five houses would have to be eliminated to correctly align the approaches.

Maclay Bridge Alliance paid the Kims’ expenses to come to Missoula “as technical experts to deal with the structural aspects of rehabilitating” the bridge, Stewart said.

“There are a lot of other issues that they don’t address, but one thing that as experts they can tell us is what we can do structurally,” he said, adding the other issues will have to be addressed in another format.

“But that’s a little problematic,” St. Peter replied. “You can’t say there are five alternatives to rehab the bridge in place without addressing those things which caused problems at the existing bridge.”

Alternatives presented by Dr. Jai and Robert Kim to save Maclay Bridge:

• Rehabilitate with arches for 36 tons.

• Widen the trusses to 2 lanes and upgrade load capacity. Replace Pony and concrete spans with single span to allow for removal of the piers.

• Construct a new two-lane bridge (one lane each direction) concrete or steel beam parallel to the rehabilitated existing Parker truss bridge for pedestrians/bikeway only.

The Missoula County-approved project to build a new bridge across the Bitterroot River rolls on, but it’s under threat of a lawsuit.