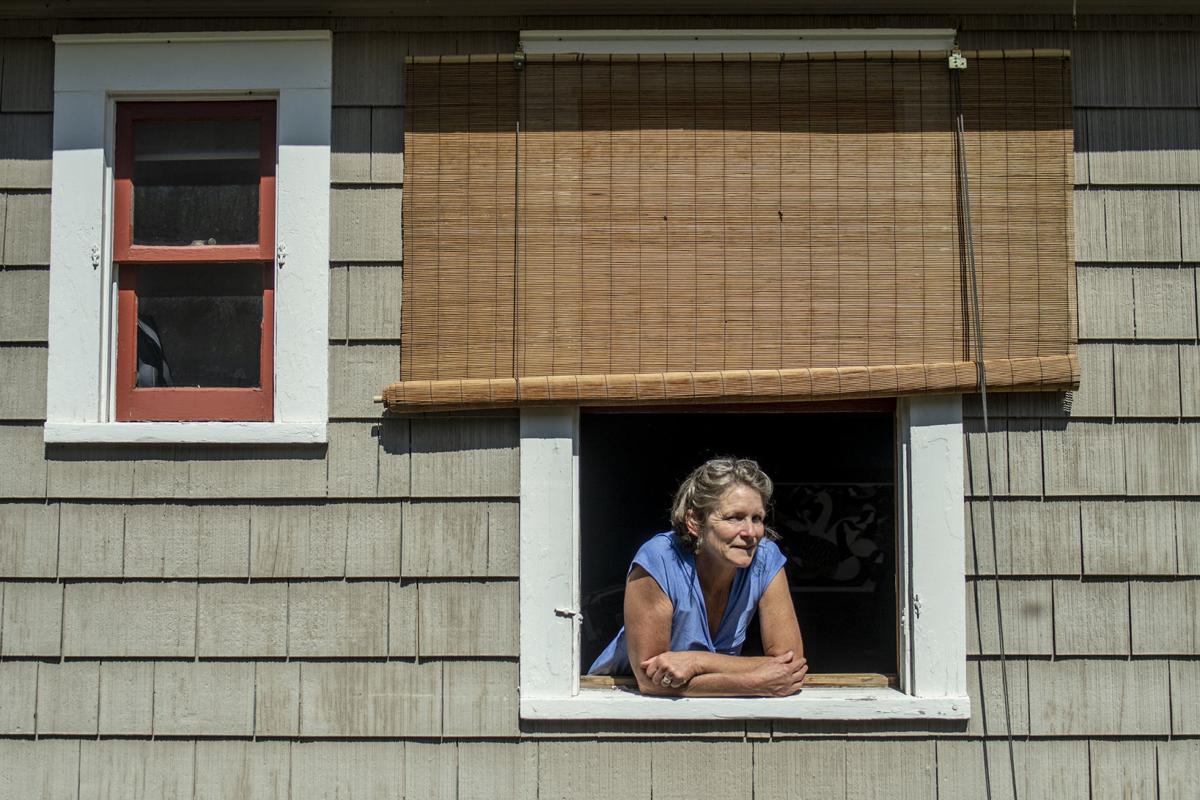 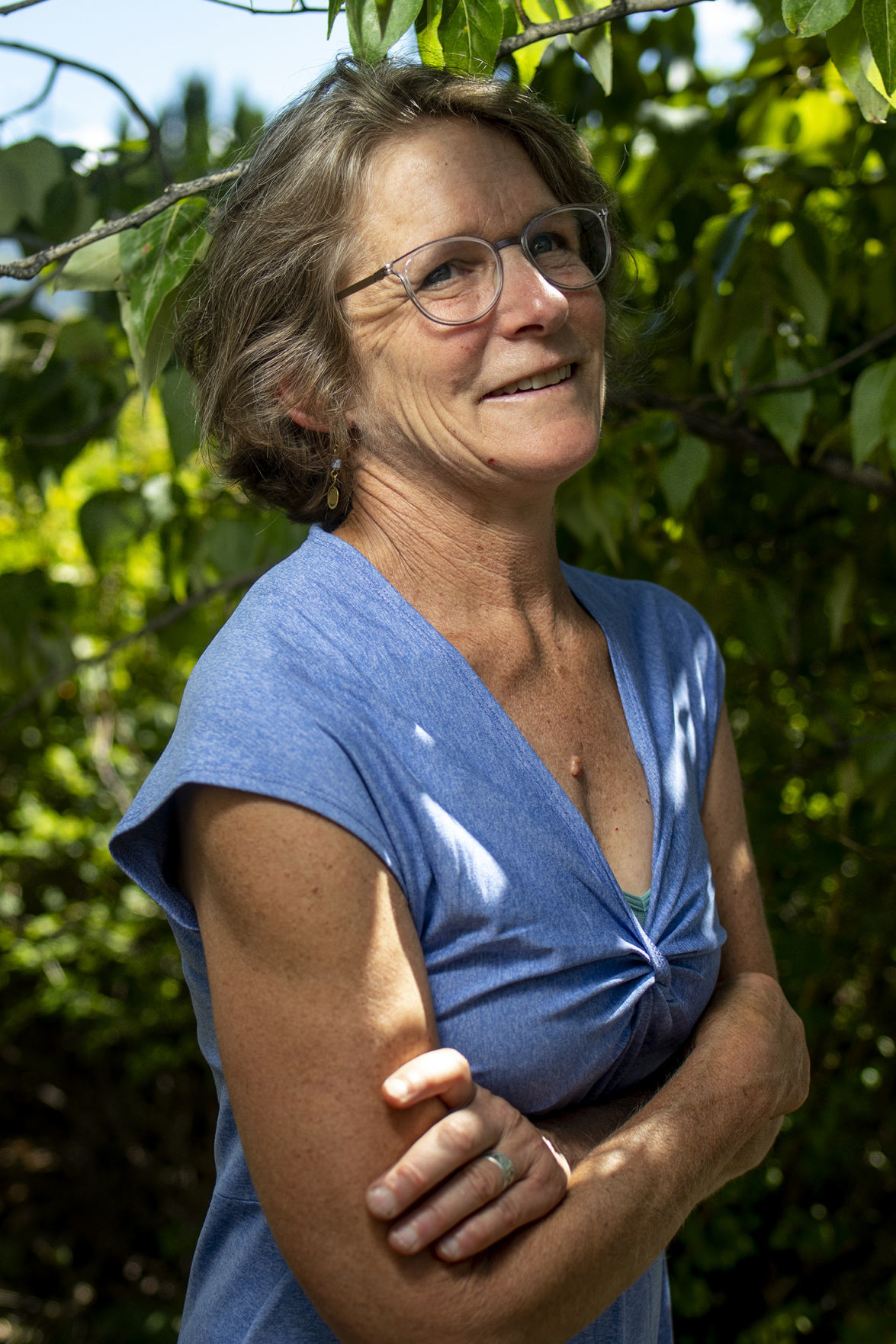 Cilimburg began her career as a wildlife biologist but felt her calling was conservation. She said that she realized the problem of climate change was the issue of our time.

Cilimburg began her career as a wildlife biologist but felt her calling was conservation. She said that she realized the problem of climate change was the issue of our time.

From educating consumers about solar power to providing air filters to kids and the elderly, Amy Cilimburg and her tiny nonprofit are focused on taking local steps toward addressing a monumental global crisis.

“We feel that although climate change is a really difficult, wicked problem, the biggest issue we will all face in our lifetime, there is especially in the last year a lot of interest in people and businesses in stepping up to help effect change locally,” Cilimburg said. “There’s a lot of interest right now and we hope to be able to offer some things to folks and try to catalyze groups to come together.”

The nonprofit was formed in 2015 and now has a staff of four and a budget of about $150,000 a year, which comes from individual donors, grants and some government support.

Cilimburg earned a master’s degree in wildlife biology from the University of Montana before working with the Montana Audubon Society on climate and energy work.

“I was studying wildlife, and one of the biggest threats to wildlife is climate change,” she explained. “It not only affects wildlife but habitats and people in our community and it became apparent to me that this is the issue of our time. I wanted to be directly involved in finding solutions.”

Her daughter is in college now, but back then Cilimburg resolved that she wanted the next generation to not live in a world where the ecosystem was out of balance because society was pumping too much pollution into it.

“What kind of world are they going to inherit if we’re not getting busy?” Cilimburg recalled asking herself. “So shifting to more conservation work became my passion and I had the opportunity to help launch Climate Smart Missoula. I really like problem-solving. I get to work locally with a whole bunch of interesting, dedicated people.”

Those solutions can be as simple as convincing people to plant more trees in Missoula, which could reduce the necessity of air-conditioners as summers get hotter.

Her organization developed a 100% clean energy options report and worked with a number of groups, including the City of Missoula and Missoula County, in promoting and adopting sustainable energy goals. The city and the county signed a joint resolution in April 2019 committing to using 100% clean electricity by 2030.

Her organization works with local businesses, like Providence-St. Patrick Hospital, on sustainability improvements.

At the national level, the administration of Donald Trump recently announced efforts to roll back regulations limiting the emissions of methane, a powerful greenhouse gas.

“There’s really a lot of frustration,” she said. “The solutions we need are huge and urgent. There’s a lot of talk about an actual climate emergency. We aren’t talking about 20 or 50 years from now. We’re talking about feeling the effects now and needing solutions to be deployed rapidly.”

Cilimburg realizes that small steps at the local level aren’t going to solve the problem entirely, but she’s not discouraged. She’s seen interest across Montana in places like Ravalli County and in Red Lodge, where people are interested in transitioning to clean energy.

“We clearly need leadership at the federal level,” she said. “We’re going backwards right now. They’re doing everything they can to increase pollution as opposed to making the world healthier, but if we can set an example and show evidence of making a difference, then we’ll have all these communities coming together building and creating momentum.”

Cilimburg is a member of Gov. Steve Bullock’s Montana Climate Solutions Council, and her organization is hosting a Clean Energy Expo in Caras Park on Sept. 28. They’ve also launched a “Summer Smart” initiative to help western Montanans adapt to more frequent wildfires and the accompanying smoke, including distributing HEPA air cleaners to home-bound seniors and children’s classrooms. Her organization also helps organize “Solar-Ease” workshops with the Montana Renewable Energy Association that are aimed at educating people about renewable power. And she’s on the board of the Missoula Urban Transportation District, which recently bought electric buses for the Mountain Line bus system in town.

Last year, a coalition of environmental groups named Cilimburg as the “Woman Conservationist of the Year” in Missoula.

“Amy’s dedicated the last 10 years of her life to a science-based view of the world,” Tom France of the National Wildlife Federation told the Missoulian. “Now she’s heading up Climate Smart Missoula. That’s Amy’s vision and Amy’s creation.”

“She’s a master at bringing people together to support conservation issues,” he said.

Cilimburg said she’s inspired by a younger generation of people concerned about how climate change could negatively affect the economy, human health and the natural environment. She noted that there’s a Missoula Climate Strike organized by students scheduled for Sept. 20-27.

“Hope is a radical idea,” she said. “But it’s kind of what keeps us all going. We have new people stepping in and it’s inspiring, whether it’s students or moms wanting to have conversations about what we can do. We’re all seeing a lot of hope in the youth movement.”