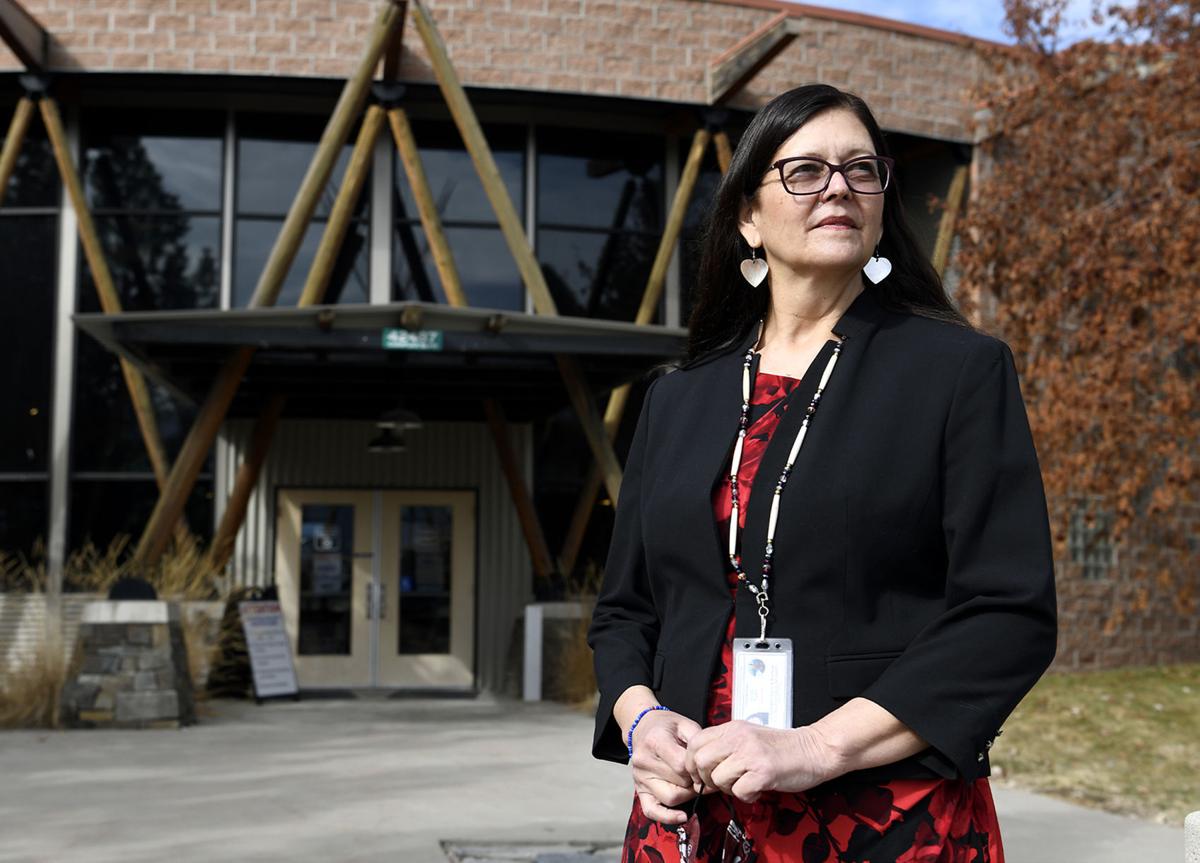 Shelly Fyant, Confederated Salish and Kootenai Tribal Chairwoman, said Tuesday that Deb Haaland's confirmation as Interior Secretary is a shift for an agency that hasn't always done the best job in Indian Country. 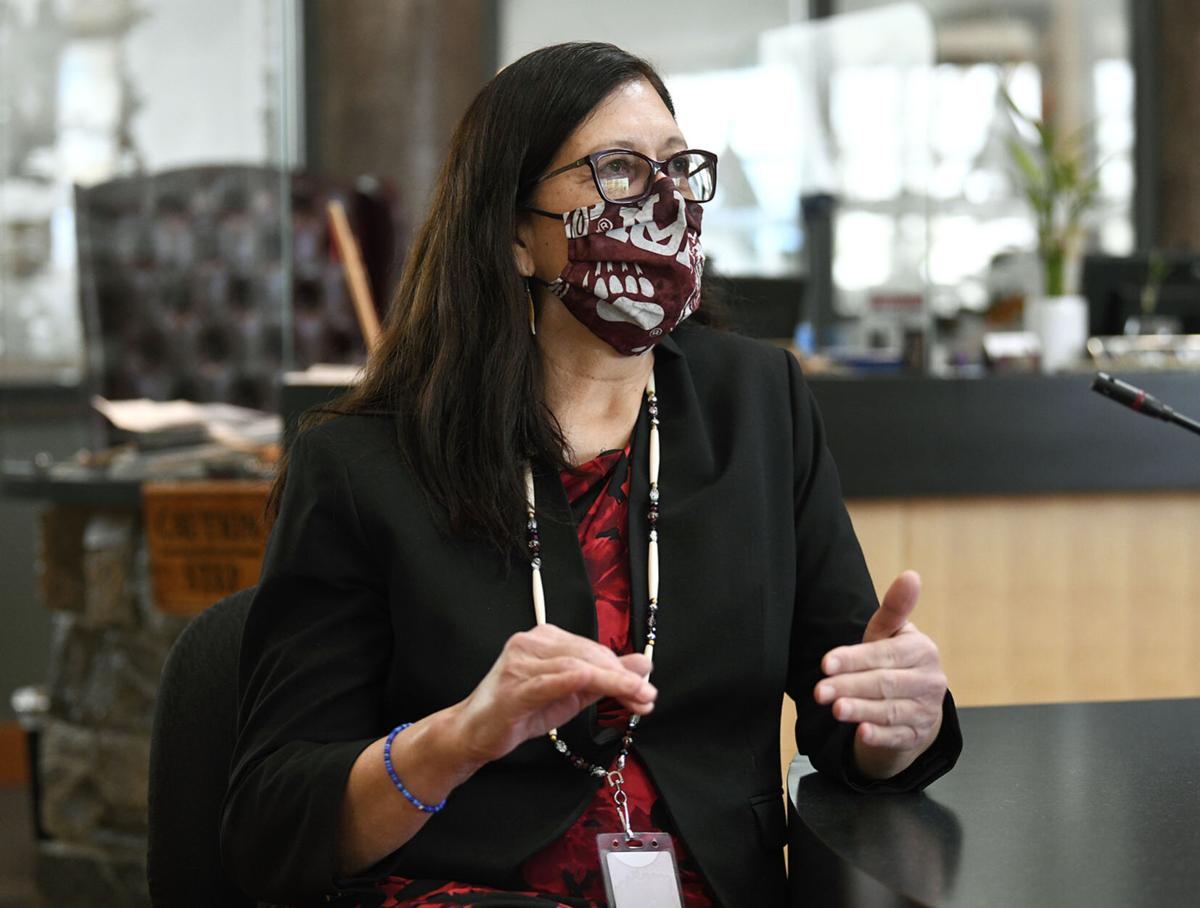 Tribal Chairwoman Shelly Fyant said Haaland's confirmation means that she won't need a lot of orientation about Indian Tribes in the U.S.

PABLO — Minutes before the start of a Tribal Council meeting, Confederated Salish and Kootenai Tribal Chairwoman Shelly Fyant took a moment to consider the confirmation of Deb Haaland as Interior Secretary.

“It gives me chills,” Fyant said. “Grandmothers all over the world are talking about the shift the world has taken — to have a Native American and a woman to serve an agency that hasn’t always done the greatest job in Indian Country.”

Overcoming opposition led in part by Montana Republican Sen. Steve Daines, Haaland earned a 51-40 vote in the Senate on Monday to join President Joe Biden’s Cabinet. As Interior Secretary, Haaland oversees the Bureau of Indian Affairs, Bureau of Indian Education, Indian Water Rights Office, Fish and Wildlife Service and other departments that have a direct impact on the Flathead Indian Reservation.

Relations between Interior and the Tribal sovereign nations lodged within the United States have long been strained. The third secretary to lead the department, Alexander H.H. Stuart, was quoted after the U.S. Army had defeated most major Tribes in the 1880s that the next step was to “civilize or exterminate them.”

In contrast, one of the first public acts of former Montana Rep. Ryan Zinke after becoming President Donald Trump’s Interior Secretary in 2017 was to participate in a blessing ceremony with elders of the Blackfeet Tribe in Glacier National Park.

“This bypasses a lot of orientation steps,” Fyant said of Haaland’s heritage as a member of the Laguna Pueblo Nation in New Mexico, one of 574 federally recognized Tribes in the United States. “We just step over all that stuff and get to the real issues.”

For example, Fyant said Interior’s oversight of Native American trust land puts it in the middle of complicated transfers like the Flathead Water Compact and the CSKT assumption of management authority at the National Bison Range just south of the Tribal Council chambers. Those matters have often lost priority compared with Interior’s duties running the Bureau of Land Management and National Park Service.

Bringing a traditional Tribal context to land management will have significant value, according to Nicole Stiffarm, a program manager for the Tribal Research and Education in Ecosystem Sciences (TREES) program at Salish Kootenai College on the Flathead Reservation in Pablo. Haaland’s experience as a congressional representative on the House Natural Resources Committee would also serve her well.

"There's a beauty to the way tribal people approach natural resources that's not present in the mainstream," Stiffarm said. "Resource management is not about fiscal gain. It's looked at for caring, so these natural resources can then go on to care for your children and grandchildren. The lens of looking at resources outside of their financial gain capabilities has never been done before and it's going to be added into the equation. That lens is going to lend itself to natural resources nationwide with Deb as Interior Secretary."

Stiffarm is an enrolled tribal member of the Chippewa Cree Tribe of the Rocky Boy's Reservation in north-central Montana and a mother of three. She's been watching the hearings for Sen. Haaland intently, she said. The news of Haaland's confirmation filled both her and her 10-year-old daughter with emotion.

"There is an immeasurable sense of joy and pride and hope that I guess it brought to me personally," she said. "Deb Haaland is someone who not only looks like me, but over the course of her tenure in Congress she has shared similar life experiences, like being a single mom and working paycheck to paycheck. That to me speaks volumes."

Daines focused on what he called Haaland’s “hostile record toward made-in-America energy, natural resource development and wildlife and land management.”

“Rep. Haaland has pledged to learn from states like Montana that are able to balance these priorities,” Daines said, “and I will hold her to this commitment and look for opportunities where we can pragmatically work together on behalf of Montana.”

Chris La Tray, a Métis writer who lives in Missoula, said he believes Haaland “is the best person we can have in that position,” yet it’s always an open question whether a political appointee is allowed to do their job.

Haaland might be able to help prevent the “erosion” of Indigenous sovereignty, such as pipeline projects in the U.S. and Canada that are a “genocidal assault” on their rights, he said.

“When Indigenous tribes are coming out to oppose these pipelines, that is because it is an infringement on Indigenous sovereignty, and that is part and parcel how the United States has operated from the first time … pilgrim boots hit shore on North America.”

As an example, he said “one would hope that someone with an Indigenous perspective would recognize that a lot of those public lands are also stolen lands.” His tribe, the Little Shell Tribe of Chippewa Indians, gained federal recognition in December 2019 after 125 years, yet they must now raise money to buy land of their own back.

He compared land issues, such as Bears Ears in Utah, to the significance that settlers place on landmarks in Europe. “Look how people freaked out when Notre Dame caught on fire, you know. Bears Ears is an ecological equivalent of a place like Notre Dame.”

As Interior Secretary, Haaland will oversee about 500 million acres of natural resources in the United States. Given pandemic-related travel restrictions, Fyant didn’t make any predictions when she might be able to personally congratulate her colleague in leadership.

“I look forward to the day we can meet in person,” Fyant said. “Meanwhile, we’re sending good wishes and prayers her way. That will have to do. But prayers are powerful.”

Fauci emphasizes importance of vaccine in University of Montana discussion

Dr. Anthony Fauci called the COVID-19 vaccine the "light at the end of the tunnel" during the University of Montana’s annual Mansfield Lecture on Wednesday.

The statistics show that Indigenous communities are disproportionately affected by COVID-19.

The hearing took place the same day a letter signed by dozens of wildlife professionals objecting to the overall trend of predator killing.

There will still be events in Caras Park this summer, but details aren't finalized and social-distancing figures to play a big role. Also, the hill in the park will be removed in the late fall.

Cyclists and pedestrians on the paths next to the northern bank of the river throughout downtown will have no doubt noticed a big change in the scenery recently.

Missoula Parks and Recreation will reopen Mount Jumbo’s South Zone, which includes all points south of the Saddle Road, on Monday, March 22.

Bison plans need their own roundup

Sorting out who’s upset with whom over the recent Montana bison management moves is about as easy as herding buffalo.

Shelly Fyant, Confederated Salish and Kootenai Tribal Chairwoman, said Tuesday that Deb Haaland's confirmation as Interior Secretary is a shift for an agency that hasn't always done the best job in Indian Country.

Tribal Chairwoman Shelly Fyant said Haaland's confirmation means that she won't need a lot of orientation about Indian Tribes in the U.S.