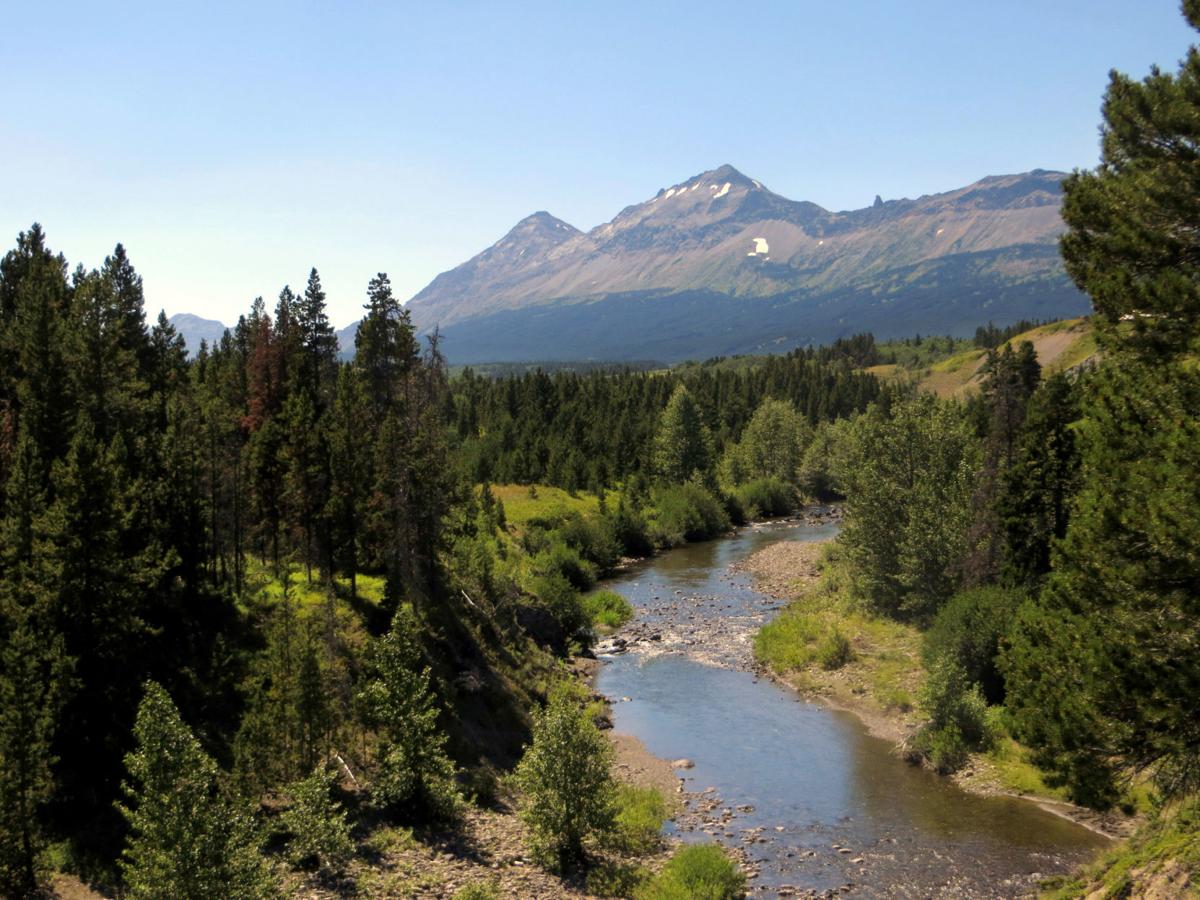 The Badger-Two Medicine area just south of Glacier is land considered sacred to the Blackfeet tribes of the United States and Canada. 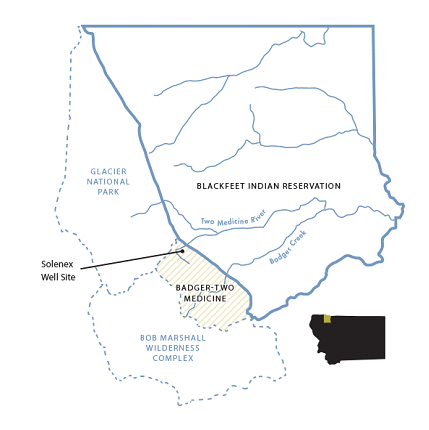 The U.S. Department of Interior decided Monday to cancel leases that might have allowed a New Orleans company to drill for oil on land considered sacred to the Blackfeet Indians.

“We’re elated on the reservation,” Blackfeet tribal Cultural Preservation Officer John Murray said Monday afternoon. “It was heading the direction we wanted to go – no development. Now we have confidence that Secretary (Sally) Jewell will do the right thing.”

The Badger-Two Medicine area is surrounded by Glacier National Park, the Bob Marshall Wilderness Complex, the Blackfeet Indian Reservation and the Lewis and Clark National Forest.

Solenex LLC got exploration leases for 6,247 acres in the Badger-Two Medicine drainage in 1985. But its permit to drill was suspended right after it was granted in 1993.

A coalition of conservation groups and Blackfeet organizations challenged the leases in 1994, arguing the Blackfeet were not properly consulted about the impact of energy exploration on ground they consider sacred. The Interior Department suspended the leases in 1996 after finding the permits didn’t have a proper National Environmental Policy Act review.

The whole issue remained quiet until Solenex attempted to revive its permits in 2013. U.S. District Judge Richard Leon ordered the Interior Department and its Bureau of Land Management to either present a timeline for approving the leases or cancel them by Monday.

In its Monday response to Leon, the Interior Department noted that its full analysis of the leases was not complete. But department attorneys argued there was enough work done to prepare the cancellation by Dec. 11. They also argued that Jewell had the legal authority to cancel a lease that was issued improperly in the first place.

“BLM has thus tentatively concluded that the lease, which was issued without the completion of an (environmental impact statement) was issued in violation of NEPA,” the response read. “Rather than undertaking a full environmental analysis before issuing the leases, the agencies attempted to defer their analysis of impacts until after the leases had been issued and an irretrievable commitment of resources had taken place. ... (Other court decisions), however, make explicitly clear that such a deferral is a violation of NEPA.

“In addition, BLM has determined that the U.S. Forest Service and BLM failed to fully consider the effects of oil and gas development on cultural resources, including religious values and activities, within the Badger-Two Medicine area prior to lease issuance. Although the NEPA analysis for the leasing action included some tribal consultation to comply with the American Indian Religious Freedom Act, because the leasing action did not immediately authorize surface disturbance, the agencies mistakenly delayed full compliance with (the National Historic Preservation Act) and AIRFA.”

After a rare public hearing in Choteau this summer, the U.S. Historic Preservation Advisory Council found that energy exploration in the 165,000-acre forest would irreparably damage both the historic and cultural significance of the area. The Forest Service and the Department of Agriculture used that analysis to recommend cancellation of the leases. The Department of Interior agreed with its sister agencies.

The decision also found that BLM didn’t need to do a full NEPA analysis of the cancellation decision because “where the agency action maintains the environmental status quo, NEPA’s procedures simply do not apply.”

“The lease being canceled has never been developed,” the statement read. “The cancellation thus does not alter the environmental status quo and, in fact, would preserve what is currently an undeveloped and relatively remote place.”

“We’ve already advised the court we don’t believe the secretary has the legal authority to cancel this lease,” Pendeley said Monday. “Right now we’re in front of a federal court, and we believe we’re in the right court to challenge the government’s authority to challenge these leases. We’re going to continue to argue that the judge should strike down any attempt to cancel the leases.”

Murray said the Blackfeet Tribe had offered Solenex owner Sydney Longwell 17 lease tracts along its border with Canada in a swap for the Badger-Two Medicine leases.

“The tribe has been producing oil there since the late 1920s,” Murray said. “On the Canadian side, petroleum engineers have had very successful explorations. They think it may be comparable to the Bakken (oil fields of eastern Montana and the Dakotas). Sydney Longwell turned that down, and after a period of time that offer was withdrawn.”

That could have implications for other energy development proposals in the area, according to Jennifer Ferenstein of The Wilderness Society office in Missoula.

“This filing relates to the Solenex lease, but there are leases that remain in the Badger-Two Medicine,” Ferenstein said. “The federal government will need to explore what this decision means to those leaseholders. They’ll have to decide what works for them to avoid a similar fate.”

The Interior decision was hailed by many who had been supporting the Blackfeet effort to protect the Badger-Two Medicine, including U.S. Sen. Jon Tester, D-Mont.

“Today’s decision is a step toward protecting the Badger-Two Medicine for future generations,” Tester said in an email Monday. “This area is a unique region that has cultural, historical, spiritual and recreational significance to the people of the Blackfeet Nation and Montana. For too long the oil and gas leases in Badger-Two Medicine have caused uncertainty in this pristine landscape. I applaud all of the folks in Browning and across Montana who have worked so hard on this issue.”

“Badger-Two Medicine is too sacred to develop,” said Harry Barnes, chairman of the Blackfeet Nation Tribal Council. “We’re grateful this administration has taken a critical step toward permanent protection of this site that is like a church – a divine sanctuary – to our people.”

A decade down the road, the coalition that revolutionized how Montanans think about public lands has refocused on its unfinished business.

BILLINGS – A federal judge put a lawsuit over a disputed energy lease near Glacier National Park on hold Thursday until early January, after a…

BILLINGS – The postponement of some oil and gas lease sales by the U.S. Interior Department is drawing criticism from Republicans in Congress …

GREAT FALLS (AP) – The administrative consolidation of two Montana national forests based in Great Falls and Helena has been formalized, resul…

Facing a 24-hour decision deadline, the U.S. Department of Interior has canceled energy exploration leases on the Badger-Two Medicine roadless…

BILLINGS – A Louisiana company challenged the cancellation of an oil and gas lease in northwest Montana on Friday, after federal officials sai…

HELENA (AP) — Conservation groups are asking a judge to revive a lawsuit ahead of a U.S. government decision on whether to cancel long-suspend…

The Badger-Two Medicine area just south of Glacier is land considered sacred to the Blackfeet tribes of the United States and Canada.