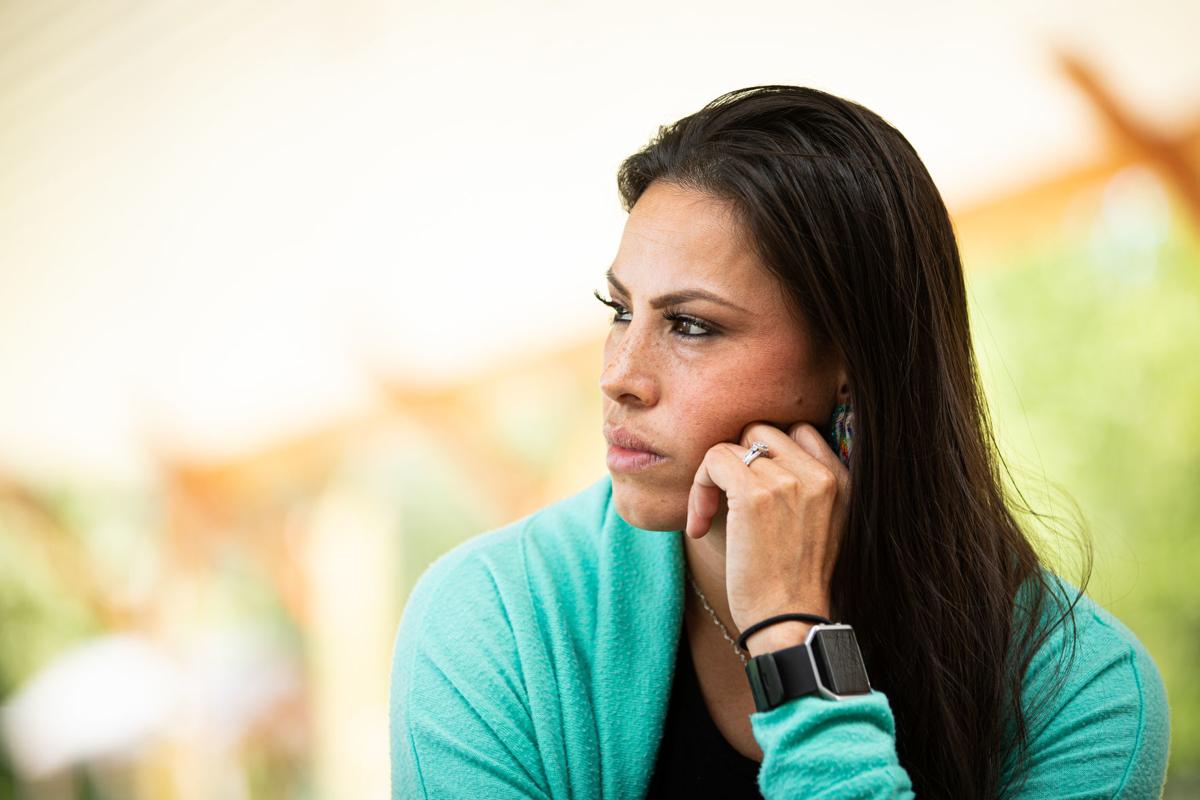 Valenda Morigeau talks about her missing niece Jermain Charlo last week in St. Ignatius. Charlo has been missing for two years this week. She was last seen in downtown Missoula on June 16, 2018, and has not been found. 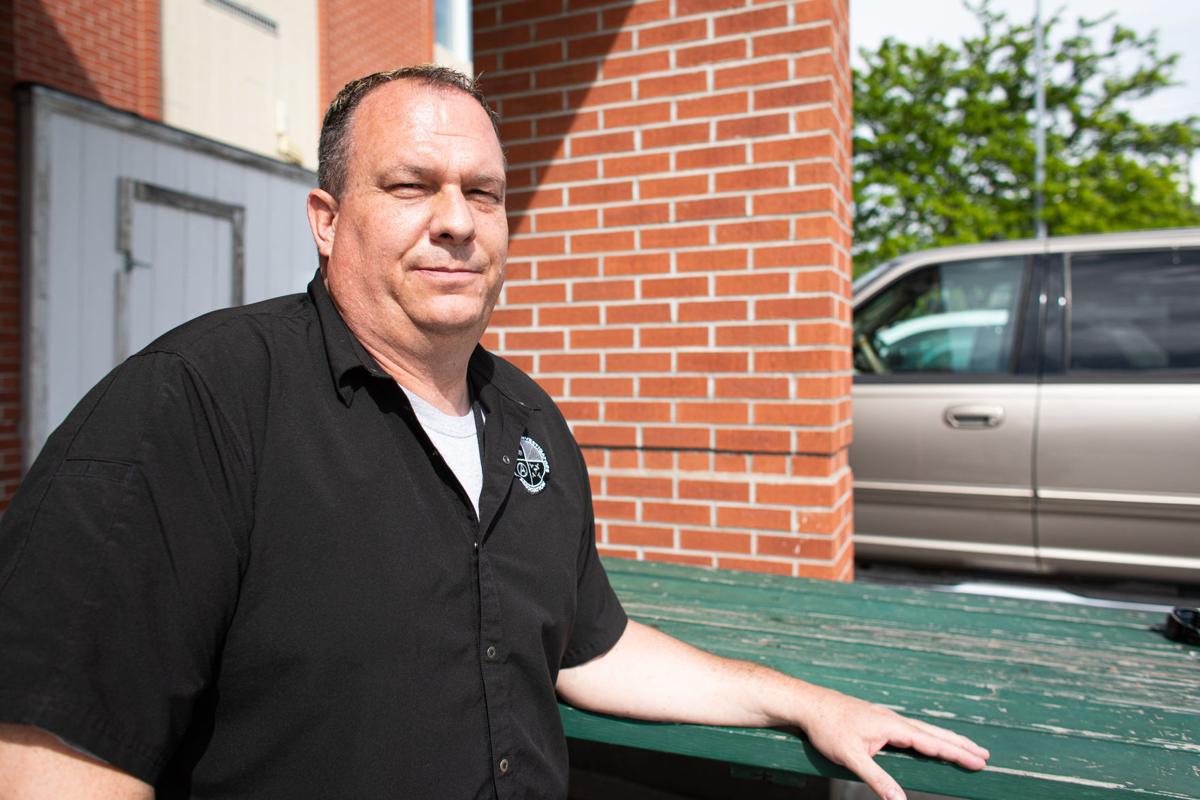 "When June hits, June just sucks," Morigeau, Charlo's aunt who has been a main point of contact in her missing persons case, said last week.

Each lead has found a dead end. Each search has unearthed so little. The case remains very much active, said lead investigator, Missoula Police detective Guy Baker. Law enforcement doesn't know if she's dead or alive, but remain open to both options. Late last year, some suspicious social media accounts took Baker's investigation around the country. Last week, he and a forensic anthropologist went up to the Flathead Indian Reservation to check some bones found by a horse rider.

The anthropologist could tell on sight they weren't human.

"Those have come in numerous times," Baker said. "Each time I get hopeful that this is going to be the piece that helps me put the puzzle together. … I feel bad for the family. I feel bad it's been over two years and I haven't been able to provide them with answers, not only to bring them closure but also the overall goal of bringing someone to justice and holding them accountable."

Baker said this week he has a handful of new leads to run down. Meanwhile, this year has been especially hard for the family's search efforts. The winter ran long and, like anything else, the COVID-19 pandemic has hampered the ability of large groups to get together and cover a large swath of land.

June 16 is the two-year mark since Charlo was last seen at 1 a.m. by Missoula Housing Authority security cameras walking down the downtown alley behind the Badlander bar east toward Higgins Avenue. Charlo's family on Tuesday will host a march that will begin at Sacajawea Park on Orange Street, head north to the Badlander bar and then back to the park to bring awareness to the case. For Morigeau, the march will represent more than a grim anniversary; it's actually much more hopeful than that.

"It's empowerment," she said. "People need to know that our people are going missing. It's not just Jermain that's gone missing. It's bringing awareness to a bigger problem than just our family missing."

While the United States reckons with the biggest moment for racial justice in a generation following the death of George Floyd in Minneapolis police custody, the Murdered and Missing Indigenous Women movement is well out of its infancy.

Reservation communities have become proficient at blanketing information across social media, particularly Facebook, when one of their own goes missing. The Montana Legislature passed a number of new efforts last year to address the problem. But the statewide missing persons task force established in the new legislation has already seen its own issues; two tribal leaders, representing the Fort Peck and Fort Belknap reservations, resigned from the task force in protest of the state attorney general's support of a proposed oil pipeline from Canada last October.

The Montana Missing Persons Clearinghouse, listed on the Montana Department of Justice website, on Friday listed 60 "school-age" children currently missing. Twenty-three, or 38% of them are Native American, which make up only 6.5% of the state population, according to 2019 statistics from the U.S. Census Bureau.

Morigeau wants to play a bigger role in the MMIW movement, but said some days she has to step away to care for her own mental health.

Morigeau's depression is sometimes matched with anger. She acknowledges Baker's constant work and communication has been everything she could ask for, but said the stereotypes that have been held over Natives highlights the systemic problems with a lack of urgency around missing persons cases.

"They think, 'Young, Native American woman going out drinking, oh, she's out having fun, she doesn't want to go home to her responsibilities,' and that's not the case," Morigeau said. "You go to a bar and you see people of all ethnicities. It doesn't matter. Because they have this stereotype of Native Americans and we live on reservations and some reservations are super poor, and that's all they know. It's just multi-generational grief.

Charlo's case was initially handled by a different detective before it was given to Baker two weeks later. Baker, who said he has put in 1,200 hours on this case and seen 2,500-plus hours put in by assisting agencies, has complicated feelings about Charlo's case being associated with the MMIW movement.

"Relating Jermain to the MMIW issue is entirely appropriate, that's what she is," he said this week. "However, I guess it's disheartening when she's used as an example for the belief that police don't do enough for MMIW victims, because we've spent a ton of time on this case, and two years later, it's never been inactivated."

As a national conversation begins about substantial police reform in the wake of Floyd's death, Baker said he does not see anything specific in Jermain's case that deserves a tweak in policy. The Flathead Indian Reservation is in a unique situation because of its use of Public Law 280, which means it has its own law enforcement agencies, rather than depending on the oversight of federal agencies, which can complicate jurisdictional lines. That means Missoula police, Missoula County Sheriff's Office, the tribal police, Ronan police, Lake County sheriff and any other involved law enforcement agencies can sit down in a room and control how an investigation goes, or how future investigations will proceed.

Baker defended the initial steps taken in Charlo's case, but said an earlier look at his biggest clue that Charlo was a victim of a crime — her sudden drop off from posting on social media — could have made a difference. The initial steps such as checking the hospitals and jails were taken, he said.

"They’re adults and maybe they want to be by themselves," he said. "After a few days go by though, it's important to check their social media platforms because if their pattern of life, especially some younger person who's on social media, younger platforms numerous times per day and that has stopped, that's important because that's a change in behavior. Maybe they don't have access to what’s normal for them or they're no longer around."

The theories of Charlo's disappearance include sex trafficking, which could have taken her anywhere in the world, and a lot of travel could have happened in those initial two weeks. Morigeau said she has continued to fight off the idea that Charlo is dead and in a faraway place, but her dreams have told her otherwise.

“Jermain actually came to me in a dream and told me that she’s in Evaro. My grandpa told me that she’s with us. And I said, 'I don't believe you, she has to tell me that herself.' And she said 'Yea, I'm with grandma and grandpa.' And they raised her. And 'I said, well if you’re with grandma and grandpa, where’s your body, Jermain?' And she said Evaro."

"It’s a big pill to swallow. And I don’t even hurt for myself, I hurt for her whole family.”

Morigeau wouldn’t wish this unrelenting grief on anyone. It’s different every day, she said. Some days she is on the right track for positive thinking. But other days the enormous space absent of any evidence, like a balloon inflating each day Jermain isn’t found, is filled by Morigeau’s imagination with worst-case scenarios.

“You run through the most horrific scenarios. And it sucks because your mind plays with you.

“Even after week one.”

UPDATE: Teen: Armed group wanted 'reason to hunt me down'

"It almost seemed like they were really trying to find a reason to hunt me down, and that was scary to me. … It's very similar to what happened to (Ahmaud) Arbery."

U.S. Agriculture Secretary Sonny Perdue was in Missoula to announce a plan to expedite environmental reviews on national forest and grassland projects. The move was criticized by environmental groups.

Missoula mayor wants to use $250K in TIF to add police showers, lockers

"It's not just COVID," Engen said. "Depending on the day, they're coming in contact with lots of stuff that they're not interested in taking home so I don't blame them a bit."

Dozens of volunteers pulled weeds and collected litter to the sounds of rushing Broadway traffic in front of the Poverello Center this past weekend.

A former day care owner and her husband are set to change their pleas in a pair of child abuse cases that involved leashes, malnourishment and videos of humiliating disciplinary tactics.

"It’s never too late or too far behind to make a change and stand for justice. There’s always time," said Aleathea Standingrock.

It's going to be a make-your-own-fun Fourth

COVID-19 and all it has wrought be damned. We’ll wear our masks and keep our distance, but it’s summertime in Montana.

Jermain Charlo’s disappearance will be viewed through the lens of a Montana outsider in a new podcast scheduled to launch Monday.

The event brought together performers and speakers from multiple community agencies to commemorate the National Day of Awareness for Missing and Murdered Indigenous Women and Girls.

Jermain Charlo's family still has little in the way of answers, but her case remains open and active.

Valenda Morigeau talks about her missing niece Jermain Charlo last week in St. Ignatius. Charlo has been missing for two years this week. She was last seen in downtown Missoula on June 16, 2018, and has not been found. 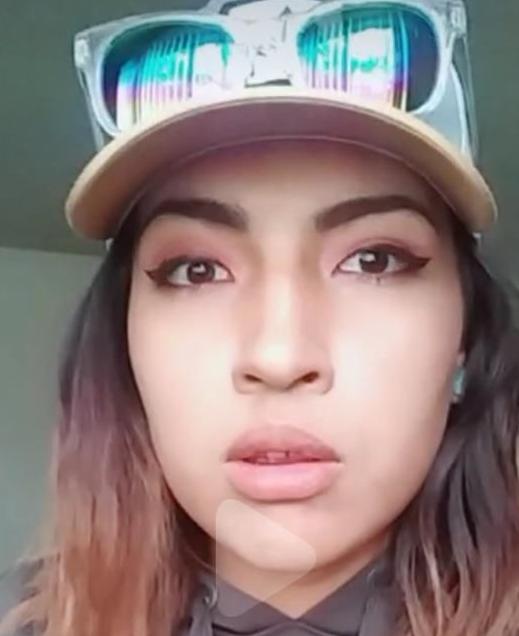