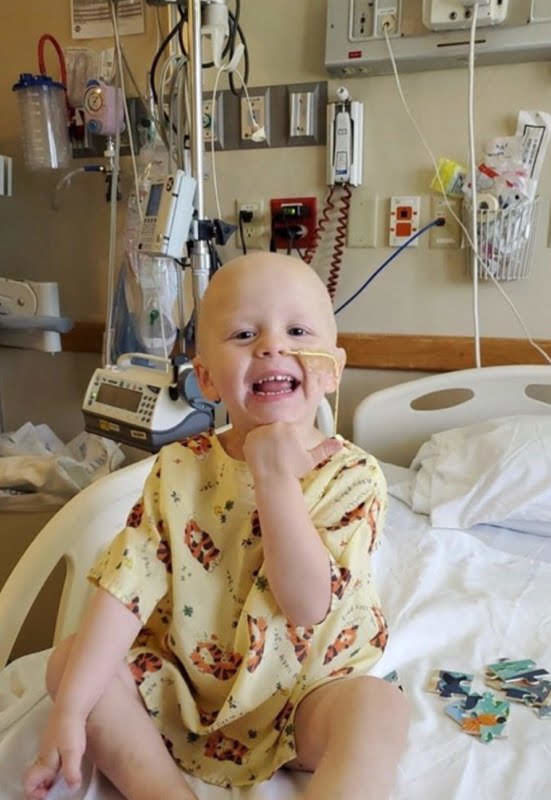 Caiden Hedahl sitting in his hospital bed during treatment for stomach cancer. 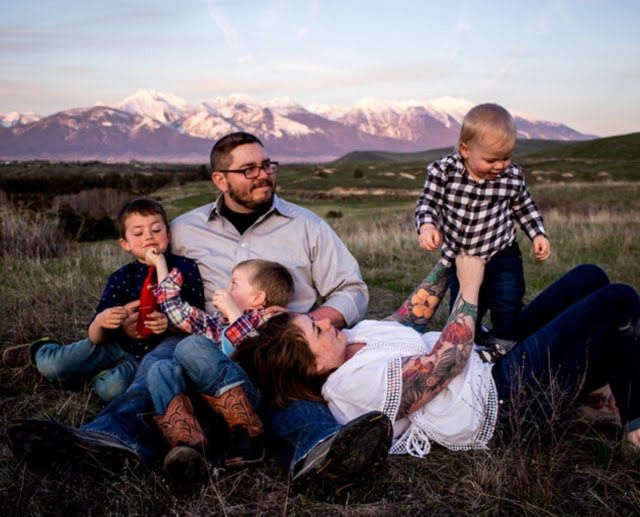 Caiden with his two brothers, Cohen and Kye, and parents, Travis and Mia.

Caiden Hedahl sitting in his hospital bed during treatment for stomach cancer.

Caiden with his two brothers, Cohen and Kye, and parents, Travis and Mia.

Dozens of kids and their corgi counterparts came to Playfair Park on Sunday for the fourth annual Zootown Kids Triathlon, kicked off by Missoula Corgi Meetup’s first-ever corgi race.

Thirty-four kids from cities throughout western Montana competed in both long and short courses, while 13 corgis sprinted through three rounds with their owners and other dogs cheering them on.

Registration fees and donations for the event went toward a Missoula family with a 2-year-old son diagnosed with stomach cancer.

“This is the first year that we’ve had a cause that we’re raising money for,” said Wendy Melvin, who organized the first Zootown Kids Triathlon at the insistence of her son, Porter. “And we wanted something good to kick off the event. We figured it would be great for the triathlon, great for the corgis and hopefully bring in more money for the family.”

Melvin said she partnered up with Missoula Corgi Meetup, headed by Rachel Danielson, because both knew the family as teachers at Franklin Elementary School.

Caiden “Squish” Hedahl, who has two older brothers enrolled at Franklin Elementary, is currently receiving treatment in Denver. His parents, Travis and Mia, will stay with him in Denver after his brother returns at the end the summer for school.

Although Melvin said she received word Saturday that Caiden’s tumor had “shrunk miraculously," he still has weeks of radiation and chemotherapy ahead of him.

“It’s was incredible that I was able to write them a $2,000 check right away,” Melvin said.

For Sunday’s event, organizers set a goal of $5,000 for Caiden and his family.

While kids ranging in age from 5 to 12 still made their way to the registration booth near Splash Montana, seven corgis took their position for the first heat. Of the three corgis who moved on, Dill came in first.

Allen Hay, his owner, said he and his wife have put Dill through training for the past few weeks with a roast turkey diet and Frisbee in the park.

“Dill’s 9 years old, so he has experience, but there’s a lot of younger ones here that might be more spry,” he said.

Daisy Mae, who competed alongside her sister Fjola, inched ahead of Dill for a photo finish at the end of the final round. Her win earned her a bone and a Nerf gun built to launch tennis balls.

Despite the second-place finish, Dill still had plenty of fanfare. The Hays’ neighbors arrived with poster board cutouts of his face and rooted for him next to Allen at the finish line.

“These are the most corgis we’ve ever had show up for an event,” said Danielson. “Today’s been a huge success, so we definitely want to hold another race next year.”

Nearly a half hour after the corgi race, 10-year-old Cedar Schleicher earned second place in his age division for the triathlon. He and nine others boys and girls completed a 100-yard swim, 2-mile bike ride and 1-mile run as part of the event’s long course.

“It was really fun, but hard,” said Schleicher, who competed in the short course in 2018.

“The short course was pretty easy, but the long course was more of a challenge and a lot more fun,” he said.

“She loves cross country running, so she always wants to do this race,” said her mother, Ariel Cornelius. “And the corgi race beforehand was great.”

Crystal Thompson, the school counselor for Franklin Elementary, attended Sunday’s race and has been in contact with the Hedahls since Caiden’s diagnosis.

“We have a small population at Franklin Elementary, so we really feel it when a family goes through any type of crisis,” she said. “And I’m really proud of Wendy for organizing this fundraiser. It’s a beautiful way for kids to stay active and engage with their community, and all for a great cause.”

Dill sprints to the finish

Corgi competitors sprint for the finish

Bumblebee jumps for a stick

Corgi competitors at the ready

She’s the lady of a thousand hugs, a superhero to those who know her best, and nothing short of a celebrity to legions of kids she taught at H…