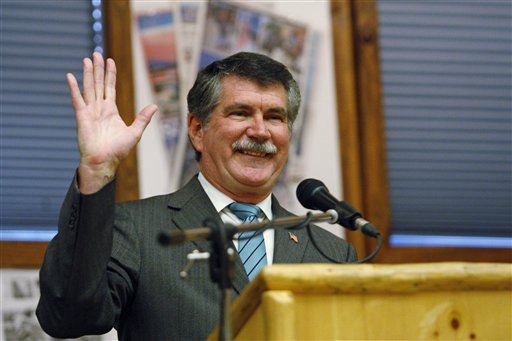 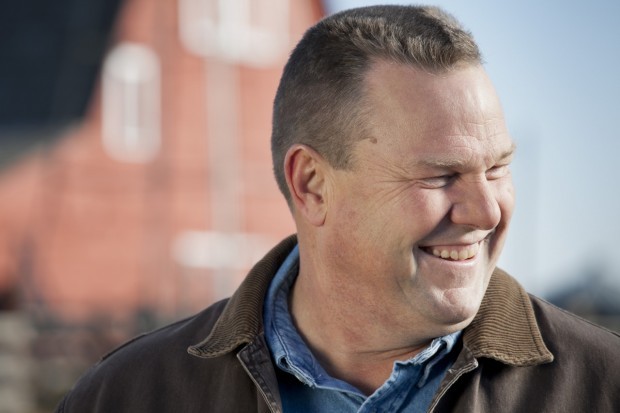 Rehberg, the state’s sole congressman, is favored by 48 percent of those polled earlier this week, while Tester had the support of 45 percent. Only 6 percent were undecided and 1 percent said they would vote for Libertarian Dan Cox of Hamilton.

“Usually, if an incumbent is trailing, that’s a problem,” said pollster Brad Coker of Mason-Dixon Polling & Research, which conducted the poll for Lee Newspapers in Montana. “(But) this is just too close to call.”

Mason-Dixon polled 625 Montana registered voters who said they are likely to vote in the Nov. 6 general election. The margin of error for the poll is plus or minus 4 percentage points – so Rehberg’s lead is within the margin.

Rehberg and Tester each have multimillion-dollar campaign funds and have been flooding the airwaves with TV campaign commercials.

Outside groups also have been dropping millions on the race, buying TV time to attack one or the other candidate.

Nearly all of those surveyed by the poll recognized Tester and Rehberg, and each candidate had high positives and negatives.

Women and men also are split on the race, the poll showed. Among women, Tester had a 50-43 lead, while Rehberg enjoyed a 53-39 spread among men.

The two candidates also command almost unanimous support among their respective partisans, according to the poll. For those who said they are Democrats, 92 percent are supporting Tester, and among Republicans, 91 percent are for Rehberg.

“The partisan divide is probably as sharp as I’ve ever seen it in both the country and in Montana,” Coker said. “Obviously, the independents are going to be the deciding factor.”

In the Tester-Rehberg matchup, Rehberg had a 47-38 advantage among those who called themselves independent.

People who were polled and talked with the Lee Newspapers State Bureau afterward tended to have strong feelings about the Senate race – and often seemed to be voting against someone or something, rather than for someone.

Dave Herman, a retired police officer from Laurel, said he’s voting for Tester because “I’m voting against the Republicans.”

“I think they’re just completely out of step with the American mainstream,” he said. “(Rehberg) just votes with the party and goes home. … I won’t put the Republicans back in charge, when time is so critical right now. I’m going to make (members of Congress) get along with each other; I’m going to mix ’em up.”

Lorraine Johnson of Plentywood said she’s supporting Rehberg because Tester has allied himself with President Barack Obama, and that Obama has been “an absolute disaster” for the country.

“Tester knew that more than 65 percent of Montanans opposed ‘Obamacare,’ but he voted with Obama and sold Montana out,” she said. “Why would we want to elect him again? He just followed Obama.”

David Pugh, a retired federal employee from Philipsburg, said Tester has been a bit of a disappointment, but that he’s supporting him because he thinks Rehberg “has been a disaster.”

“I just think Tester’s head is in the right place,” he said.

Fredrick Jensen of Scobey, a former business owner, said he’s a Rehberg supporter, because Rehberg seems more supportive of business. Jensen also mentioned that Tester has voted with Obama “on just about everything, and I don’t like it.”

“Rehberg probably benefits from the fact that (Republican presidential nominee Mitt) Romney is going to run strong in Montana,” he said. “Tester won a very close race (in 2006), and that was without being dragged down by an unpopular presidential candidate.”

Missoulian State Bureau reporter Mike Dennison can be reached at 1-800-525-4920 or at mike.dennison@lee.net.

BILLINGS – Even as they crisscross the state to rally support, U.S. Sen. Jon Tester and Congressman Denny Rehberg can’t get away from the cons…

HELENA – The race for Montana’s governor is about even, with Democrat Steve Bullock receiving 44 percent of the likely vote to Republican Rick…

HELENA – Republicans have the lead in a generic matchup for the state House, according to a new Lee Newspapers poll.

How the poll was conducted

HELENA – The Lee Newspapers poll was conducted Sept. 17-19 by Mason-Dixon Polling & Research Inc. of Washington, D.C., for the Billings Ga…