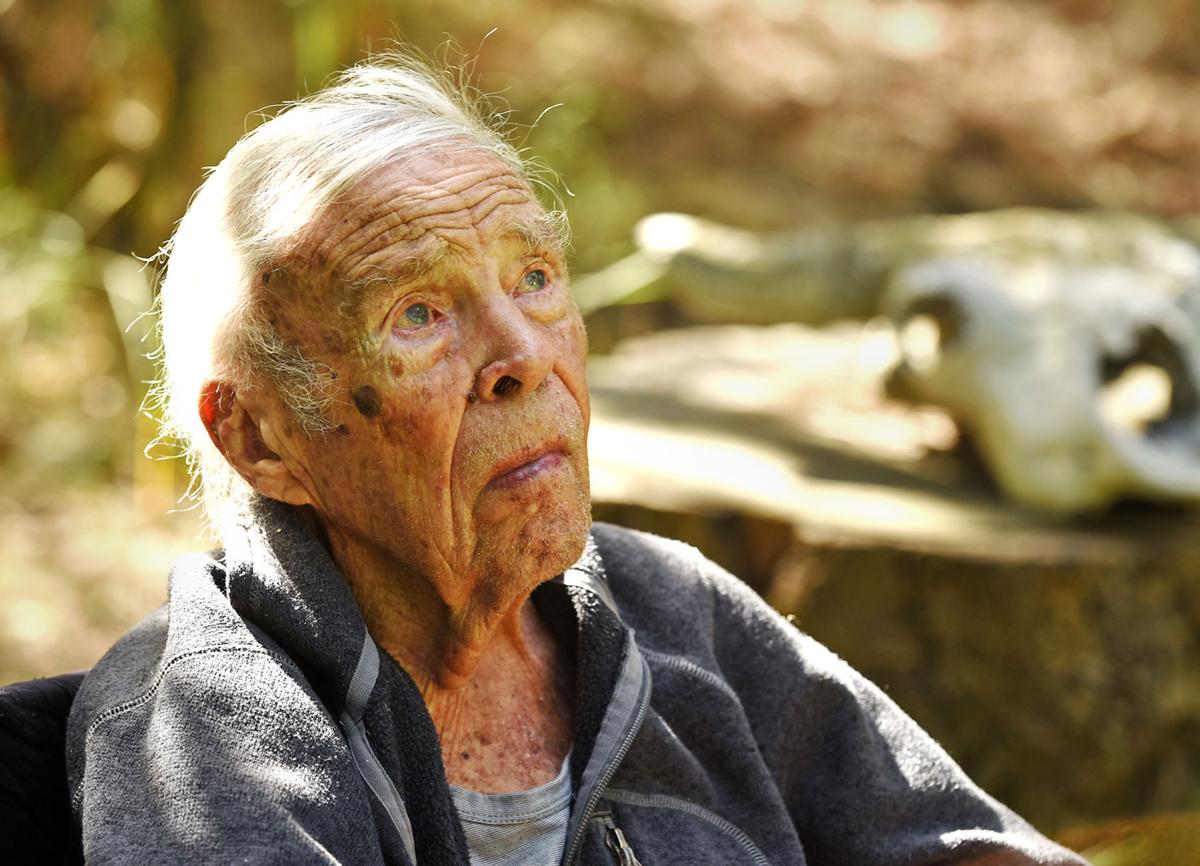 John Craighead sits outside his home in Missoula last month. Craighead, who along with his twin brother Frank was among the top scientists in American conservation in the 20th century, died in his sleep Sunday morning at 100. 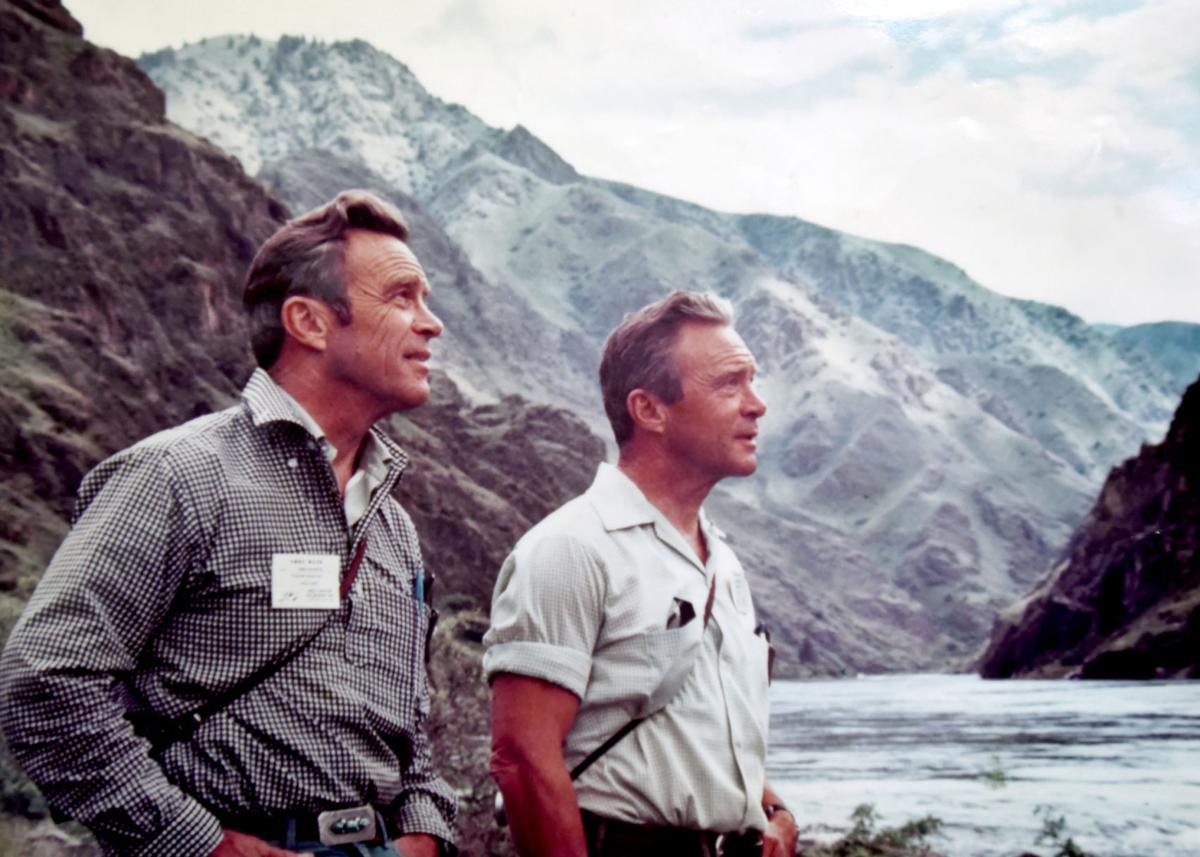 In 1998, the Audubon Society named the Craighead twins among the top 100 figures in conservation of the 20th century. John, left, and Frank are shown here in Hells Canyon of the Snake River in 1970.

John Craighead liked to quote fellow legendary conservationist Aldo Leopold, who once said “we should think like a mountain.”

The philosophy of following nature’s cues and looking “at the fundamentals of things” guided Craighead’s pioneering work in American conservation, its wild rivers and seminal studies of grizzly bears.

“I have listened to the voice of the mountain for most of my life,” said Craighead upon receiving The Wildlife Society’s Aldo Leopold Memorial Award in 1998.

The mountains still talk, but they lost one of their most avid listeners Sunday morning when John Craighead died in his sleep at his home of more than 60 years in southwest Missoula.

Craighead turned 100 on Aug. 14 and had been ailing for years, though his children said it wasn't until last year that he was unable to frequent the tepee in his yard in all seasons.

“It was unexpected, but expected,” said son Johnny, who lives next door to and has been the primary caregiver for his father and mother Margaret, 96.

“When he went to sleep Saturday night we didn’t expect it to happen, but we expected it to happen sometime soon,” the younger Craighead said. “He was going, and we’ve been grieving, for a long time.”

No formal services will be held. The family plans to spread his ashes in the Jackson Hole, Wyoming, area, where Craighead and his twin brother Frank settled when they first came West as young naturalists and husbands, building look-alike cabins near Moose. Johnny Craighead’s older siblings, Karen Haynam and Derek Craighead, still live in the area.

The breadth of Craighead’s experience and expertise in the natural world – with Frank and apart from him – is legendary. In 1998, the same year John received the Aldo Leopold Award, the twins were named among America's top scientists of the 20th century by the Audubon Society.

“I don’t think his impact on the wildlife profession can be overestimated,” said Dan Pletscher, who retired in 2013 as director of the University of Montana’s wildlife biology program that Craighead helped establish as one of the best in the nation.

The Craighead brothers were born in Washington, D.C., on Aug. 14, 1916. Intrigued by falconry and birds, they attended Penn State University and, at age 20, published their first of many articles for National Geographic Society titled “Adventures with Birds of Prey.”

The U.S. Navy tapped their outdoors prowess for the war effort. The Craigheads developed a survival school in Chapel Hill, North Carolina, during World War II that provided physical conditioning and outdoors confidence to Navy pilots in the expedited training program. In 1943 they wrote a survival guide called “How to Survive on Land and Sea,” and as the war wound down they taught survival tactics to agents of the Office of Strategic Services, the forerunner of the CIA.

Both Craigheads received doctorate degrees from the University of Michigan in 1949. John moved into the academic world in the early 1950s when he accepted a position with UM, where he led the Montana Cooperative Wildlife Research Unit for 25 years. He and Margaret raised their three conservation- and science-mind children in Missoula.

John and Frank Craighead wrote much of the text for the National Wild and Scenic Rivers Act that was passed by Congress in 1968, even as they conducted a 12-year study of grizzly bears in Yellowstone. The study is credited with helping save the bears from extinction.

The Craigheads' writings and film work with National Geographic caught the imagination of many a budding outdoorsmen, including Jim Solomon of Missoula.

“Everything I did in the outdoors, John was the start of it,” Solomon said Monday. “It was his National Geographic TV show on Yellowstone grizzlies that made me decide I was going to move to Montana to work for him.”

That was in 1975. Solomon, who grew up in Arizona and later returned there to host a popular outdoors radio show in Phoenix, said he arrived in Montana on July 4. Two days later he was hired by Craighead’s Montana Cooperative Wildlife Research Unit.

The following year Craighead encouraged Solomon to apply for an assistant’s position for a study of grizzlies in the Bob Marshall Wilderness. Solomon said he spent six weeks and 270 miles on Craighead’s team accruing ground-truth data for what proved to be highly accurate satellite imagery.

“He made it happen for me,” Solomon said.

Craighead was pushing 90 in 2005 when UM endowed the John J. Craighead Chair in Wildlife Biology.

“I’m just so happy we got that done while John was alive,” said Pletscher.

The private dollars raised and placed in an endowment allows the school to attract people to the school that “you might not be able to attract,” Pletscher said. “A name like John Craighead attracts people because everyone know that name, knows that legacy and knows what John meant to wildlife and conservation in general.”

Frank Craighead was diagnosed with Parkinson's disease in 1987. He died in 2001 in Jackson Hole, Wyoming, at the age of 85.

His brother's death on Sunday marked the second passing of a giant in the world of grizzly bear study this year. Charles Jonkel, dubbed the "father of bear biology," passed away in April in Missoula at age 85.

Carrying on: At 100 John Craighead is surrounded by keepers of his legacy

The bones of a 16-foot tepee stand tall in the grass outside the Craighead home in lower Miller Creek.

UM's wildlife biology program is tops; is the work sustainable?

A wildlife biology student bands juncos in the Seeley-Swan.

Master of McNeil tells how he learned to trust bears

Larry Aumiller spent 40 years trying to come to terms with the expression on the Boone and Crockett Club’s bear statue.

John Craighead sits outside his home in Missoula last month. Craighead, who along with his twin brother Frank was among the top scientists in American conservation in the 20th century, died in his sleep Sunday morning at 100.

In 1998, the Audubon Society named the Craighead twins among the top 100 figures in conservation of the 20th century. John, left, and Frank are shown here in Hells Canyon of the Snake River in 1970.