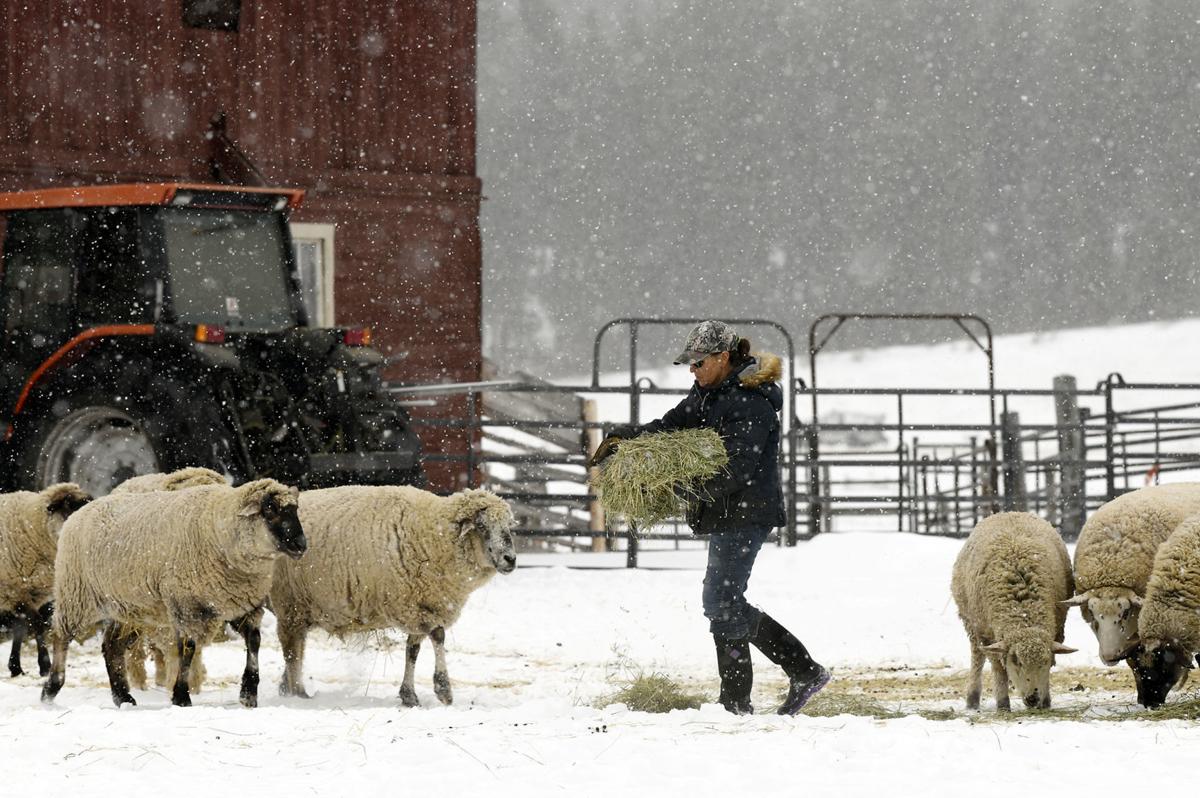 Anna Marie Hayes feeds her sheep recently at her Potomac ranch, which she leases from her cousin Virginia Hayes Murphy. Five Valleys Land Trust recently got approval to use taxpayer-funded Open Space Bond money, along with federal funding and landowner cash contributions, to place a conservation easement on 569 acres of the Hayes Family Ranch. 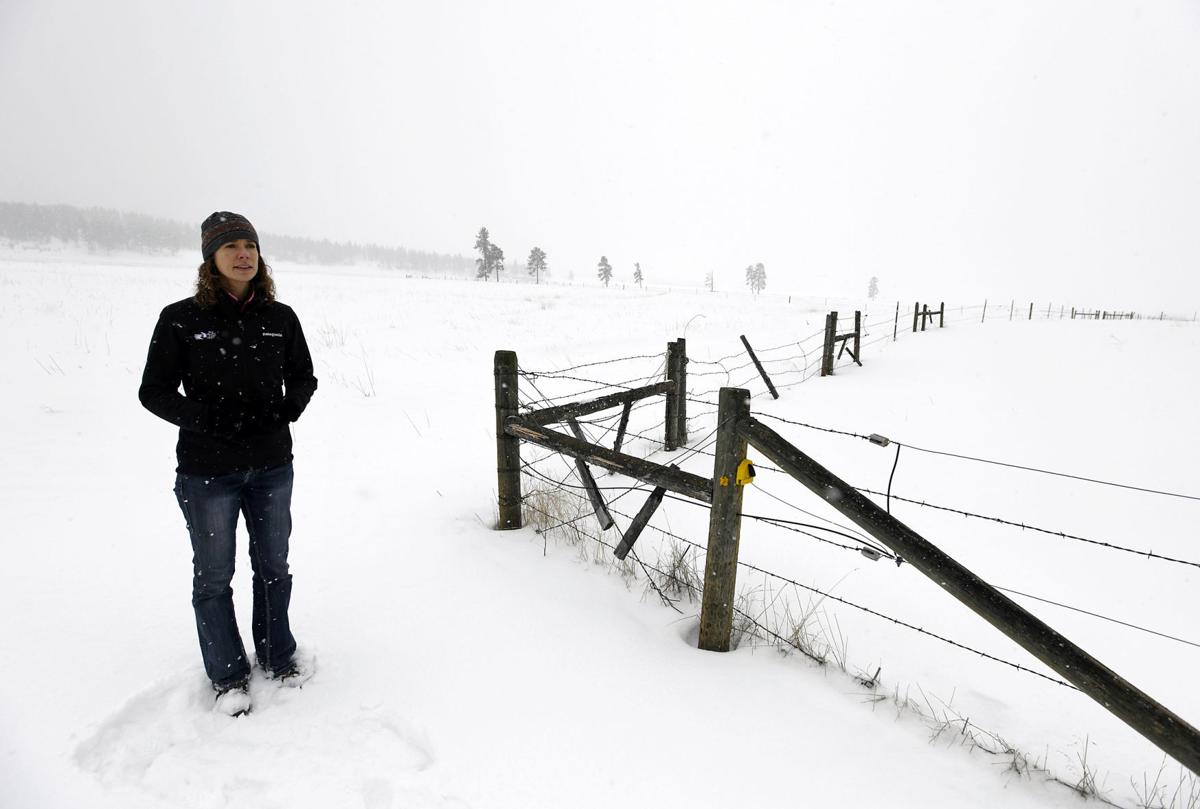 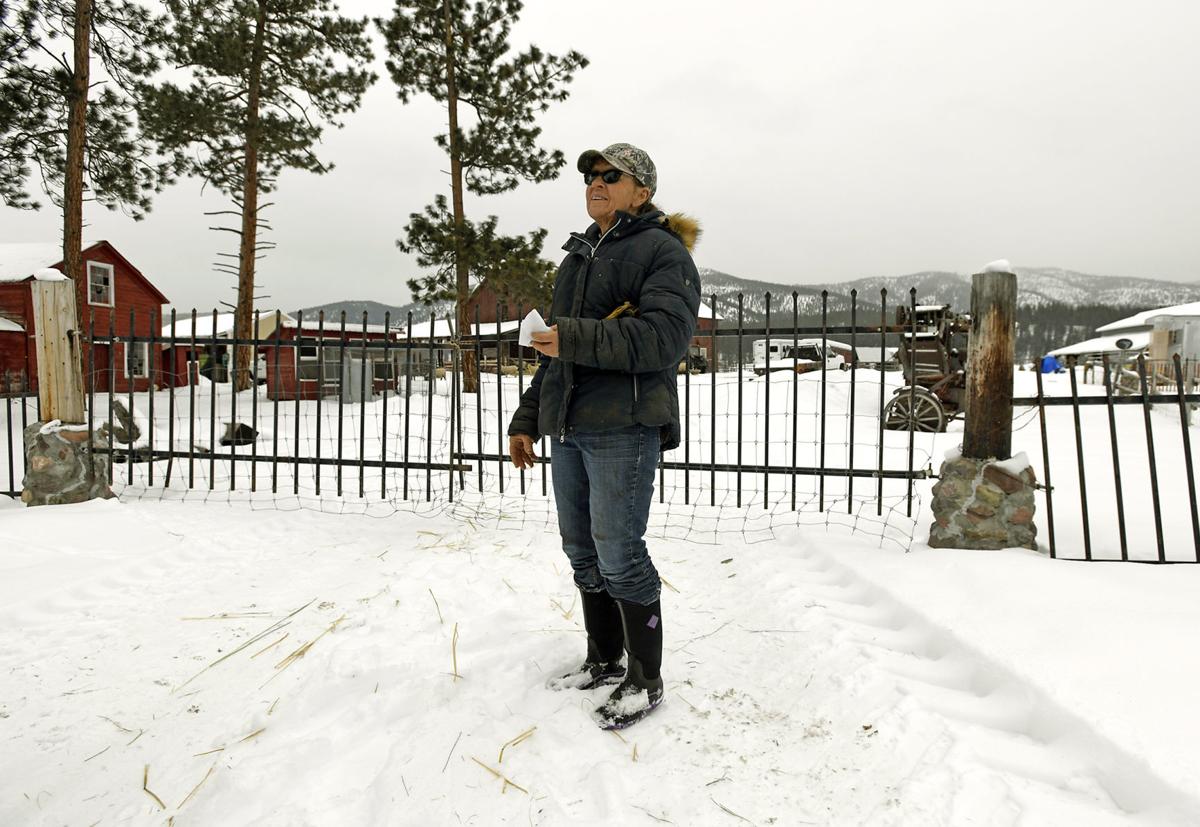 Anna Marie Hayes' great-grandfather homesteaded the family ranch in the late 1800s. The conservation easement on the property will protect it from being subdivided for homes, roads and other non-agricultural uses.

Anna Marie Hayes feeds her sheep recently at her Potomac ranch, which she leases from her cousin Virginia Hayes Murphy. Five Valleys Land Trust recently got approval to use taxpayer-funded Open Space Bond money, along with federal funding and landowner cash contributions, to place a conservation easement on 569 acres of the Hayes Family Ranch.

Anna Marie Hayes' great-grandfather homesteaded the family ranch in the late 1800s. The conservation easement on the property will protect it from being subdivided for homes, roads and other non-agricultural uses.

POTOMAC — For Anna Marie Hayes, a cattlewoman all her life, it is painful to imagine subdivisions popping up on the wide-open ranchland in the bucolic Potomac Valley where she grew up and still lives.

Her great-grandfather first homesteaded the land in the late 1800s, and it’s been a working ranch ever since. The idea of chopping it up into lots for houses and roads and manicured lawns doesn’t sit well with her, so that’s why she’s spent the last year working to preserve the land as it is forever.

An aerial map of the developable lots in the valley, a half hour east of Missoula, shows just how different the agricultural grasslands and forest could look in a few decades.

The density of housing that could be built is far greater than what is actually there now, and with home prices in Missoula soaring upward it’s not hard to imagine subdivisions paving over the wildlife habitat and prime growing soils.

The nonprofit Five Valleys Land Trust in Missoula recently won approval from the Missoula County Board of Comissioners to use $295,000 of taxpayer-funded Open Space Bond money, along with $569,000 worth of federal funding and cash contributions from the landowner, to place a conservation easement on 569 acres of the historic Hayes Family Ranch.

The land is currently owned by Hayes’ cousin Virginia Hayes Murphy, but Anna Marie Hayes leases it now and will own it once the deal closes later this year.

Anna Marie Hayes is right in the middle of calving season, and since she manages the ranch pretty much by herself, she didn’t have a whole lot of time to elaborate on why she wanted to protect it. But it’s clear that the project means a lot to her.

“It’s beautiful out here,” she said. “It’s great, almost too great, for the deer and elk. I have a lot of local people that hunt out here. And I see sandhill cranes on the wetlands in the summer. I want to keep it the way it is.”

The area is also home to bald eagles, green-winged teal and western meadowlark, among the reasons why the project won approval from the Open Lands Citizen Advisory Committee.

Hayes said the project wouldn’t have happened without her cousin, and they’re both happy it can remain in the family.

To secure the federal funding from the Natural Resources and Conservation Services’ Agricultural Land Easement Program (ALE), the project is scored on a points-based system. Some of the criteria include how great the soils are, the level of threat from development pressure, wildlife habitat and how the land connects other protected areas.

“This project scored very high in every category,” Edwards explained. “This easement is a great example of Five Valleys’ — and our many partners’ —efforts to do more landowner-led conservation in Missoula County to protect working landscapes.”

In 2006, Missoula County voters approved a $10 million Open Space Bond, of which the county received $5 million. Now, the county's money is dwindling to just over $300,000. The city and county are collaborating on new open space planning talks, but so far the subject of asking for another bond hasn’t come up.

The conservation easement is placed on the property, so generations from now, even if it’s sold many times, it can never be developed except for one small area where a house can be built.

Since 1986, almost 29,000 acres of farm and ranch land in Missoula County have been converted to subdivisions or other nonagricultural uses, according to the Community and Planning Services Office.

On a property line map of the area, the Hayes Ranch stands out as a big chunk compared to all the smaller lots that could be developed in the future.

“There’s subdivisions going in everywhere around here,” she said. “I’m really glad we were able to do this.”

Missoulians are passionate about the places they hike, bike and throw Frisbees for their dogs, as was evident on Tuesday night when roughly 80…