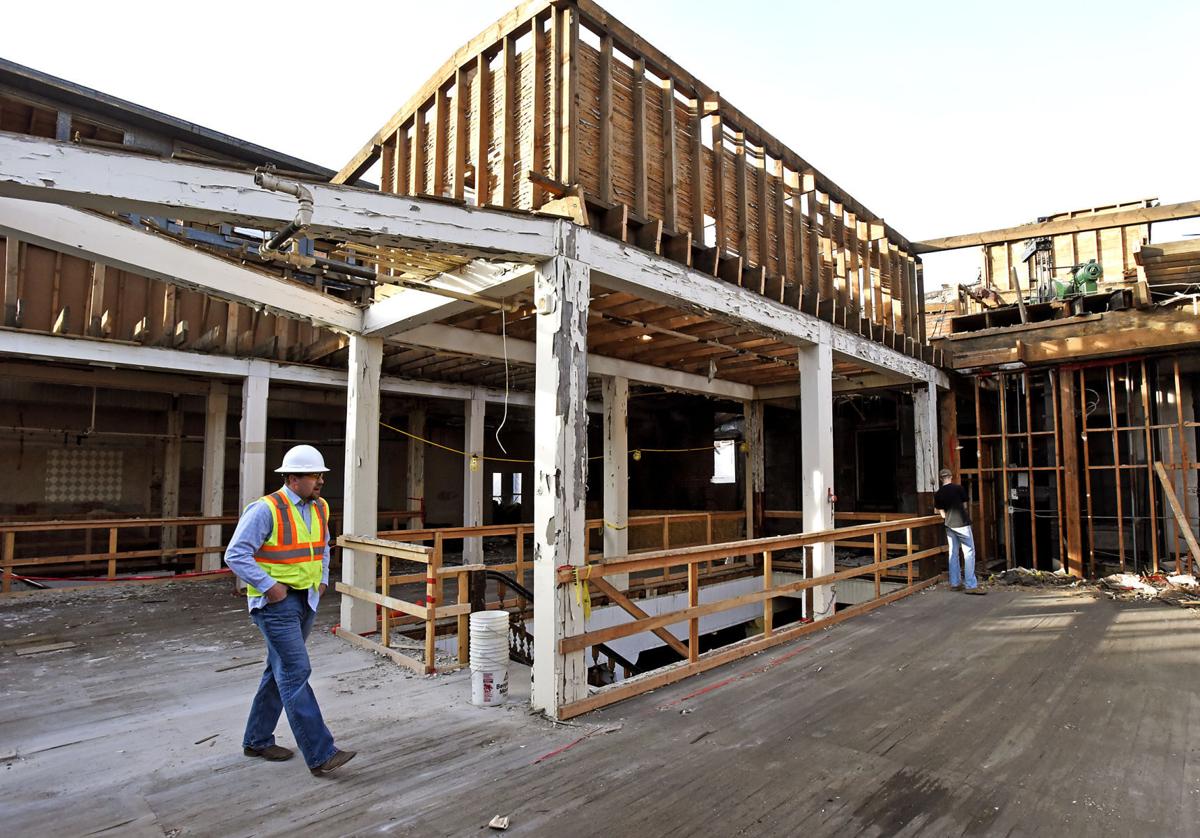 Jason Nuckolls, the deconstruction manager of Home ReSource, walks through the upper floor of the Missoula Mercantile building being taken down in downtown Missoula on Friday. Nuckolls estimates that his crew is 30-40 percent done with the project, the largest they've ever undertaken. 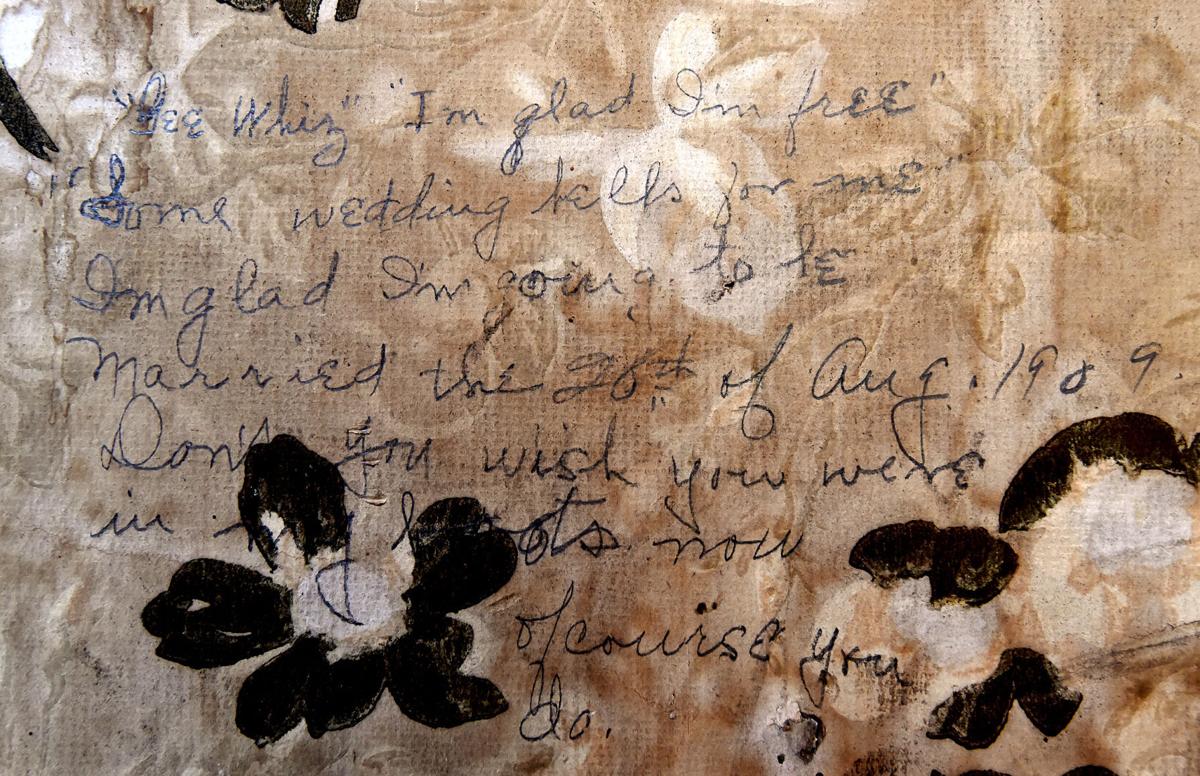 A handwritten note on some wallpaper previously hidden before the deconstruction began at the Mercantile reveals a writer excited for their upcoming marriage on Aug. 20, 1909. Plans call for the wallpaper to be preserved.

That's how Jason Nuckolls describes the quality of timber he and his crew have found so far inside of the Missoula Mercantile building. Nuckolls is the deconstruction manager at Home ReSource, a local nonprofit that salvages and resells building materials.

He and his crew are in the midst of the largest project they've ever undertaken – the deconstruction of the 80,000-square-foot Missoula Mercantile, and he estimates they're already 30 percent to 40 percent done. Most of the roof is off, and the second story has been opened to the sky.

Nuckolls and his crew will work all the way down to the basement, removing beams, flooring, pipes and timber before the outer walls are taken down in about a month. The Mercantile is being replaced with a five-story Marriott hotel, but the pharmacy portion on the northwest corner is being preserved.

It was exactly one year ago on March 3 that a Bozeman developer, Andy Holloran, first unveiled his proposal for the hotel that was met with opposition from local historic preservationists, who wanted to see the 140-year-old building repurposed. In the end though, the Missoula City Council determined that all reasonable economic use of the building would be prevented if it didn't grant a demolition permit with several conditions.

Nuckolls estimates that there will be "hundreds of thousands" of linear feet of timber removed from the building. Eventually, most of it will be available at the Home ReSource store on Russell Street for reuse.

"It will go into a lot of residential and commercial projects around the area," he said. "These materials have been important to the community for a long time, and now they'll be used in a different way."

Nuckolls said it took about four days for his crew to remove three feet of snow from the roof, and they had to stop unloading it from the south side because of the instability of the brick wall. He said the progress on the building has really gone off without a hitch so far. It's a project many times bigger than he and his crew have ever dealt with, and they've encountered a bonanza of materials that he knows the community will be excited to repurpose.

"I've had dreams about this building," he said.

Deconstruction of Missoula Mercantile to begin next week

Starting next week, a crew of workers will begin dismantling the historic Missoula Mercantile in downtown Missoula, an event that will be mark…

MISSOULA — The fate of the Missoula Mercantile building, one of the city's most important historical icons, is a powerfully divisive issue.

Machine crews to begin demolition and salvage on Merc next week

Now’s your chance to take home a piece of history while at the same time saving money on construction materials for creative home projects.

Mercantile developer to get up to $3.59 million in tax increment financing assistance

Missoulians wanted to save some of the historic Missoula Mercantile, and now it looks like $335,746 worth of public money will go to preserve …

A local nonprofit has been awarded a nearly $800,000 federal grant to help a private developer create permanent jobs and train workers after t…

Jason Nuckolls, the deconstruction manager of Home ReSource, walks through the upper floor of the Missoula Mercantile building being taken down in downtown Missoula on Friday. Nuckolls estimates that his crew is 30-40 percent done with the project, the largest they've ever undertaken.

A handwritten note on some wallpaper previously hidden before the deconstruction began at the Mercantile reveals a writer excited for their upcoming marriage on Aug. 20, 1909. Plans call for the wallpaper to be preserved.