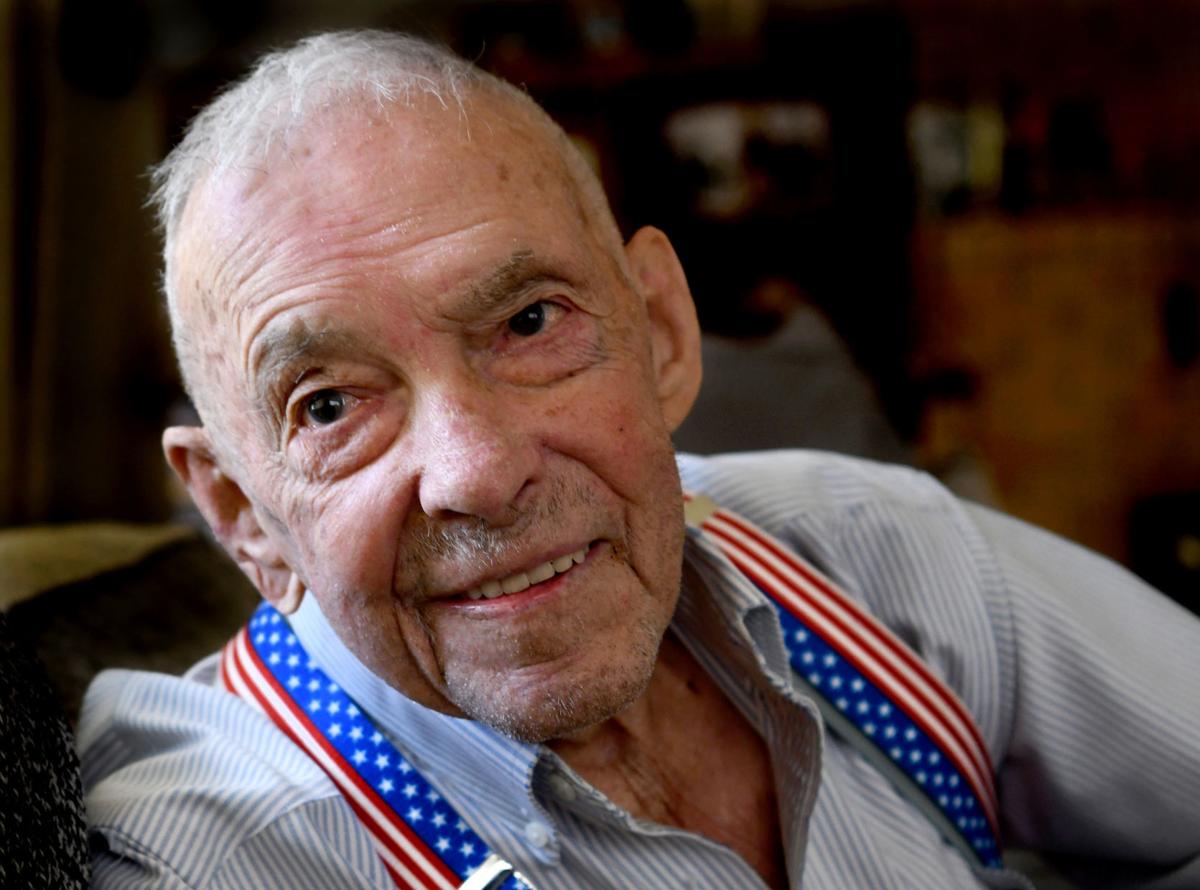 John Nelson, 96, who stormed the beach at Normandy 75 years ago, passed away Saturday at his home in Lolo. He's shown here in May. 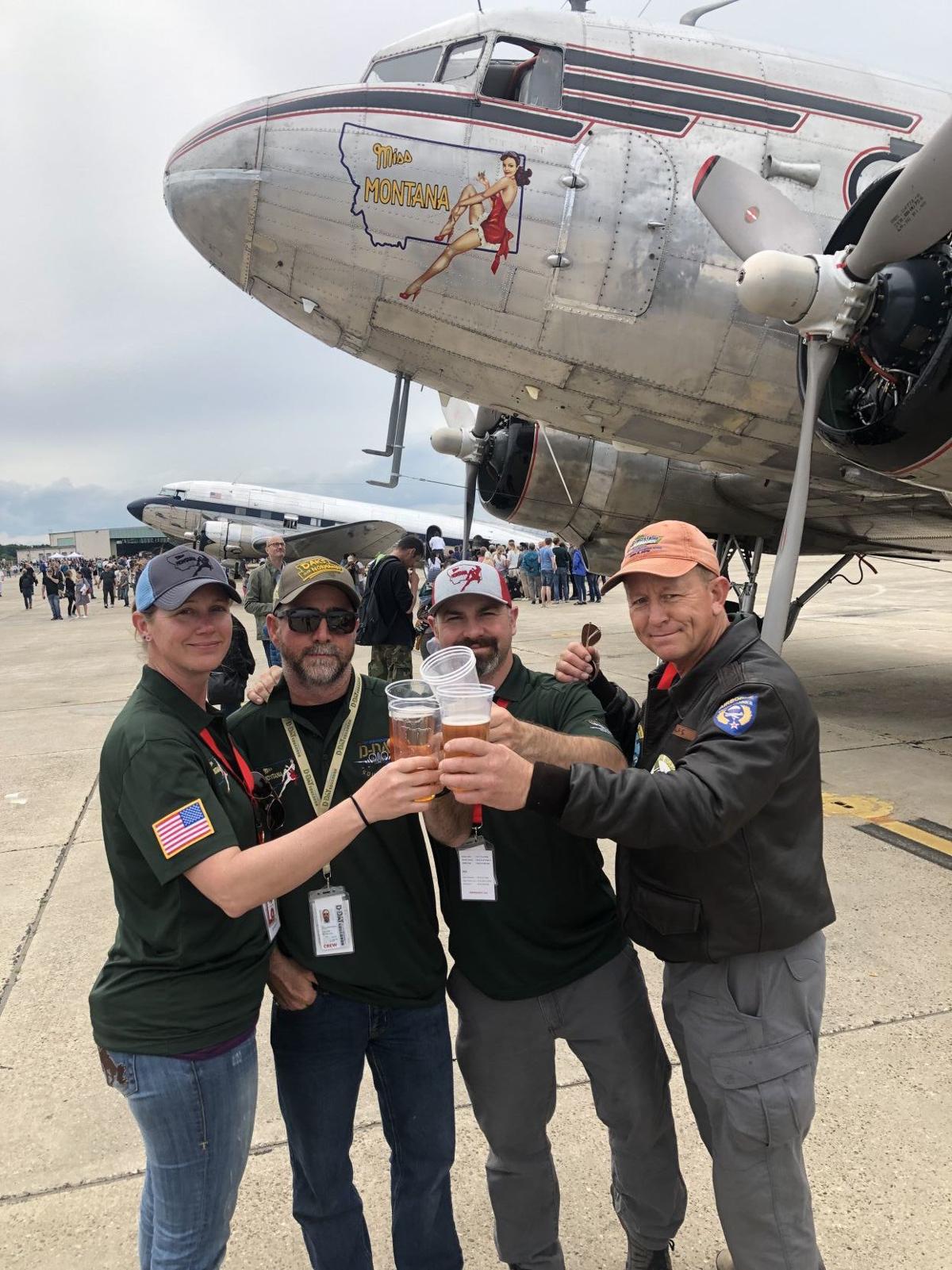 John Nelson, 96, who stormed the beach at Normandy 75 years ago, passed away Saturday at his home in Lolo. He's shown here in May.

One of western Montana’s last survivors of the World War II D-Day invasion has died.

John Nelson passed away at his home on the south bank of Lolo Creek on Saturday, two days after the 75th anniversary of D-Day. He was 96.

Nelson grew up in Missoula and was a U.S. Army engineer who landed on Utah Beach in Normandy on the morning of June 6, 1944.

“He made it through D-Day. I don’t know if he made it for me or for what, but as soon as it was over he said, ‘Honey, I’m fading fast,’ " Jeanie Nelson said Monday.

She lived with and took care of her father, who was bound to a walker but otherwise alert and attentive during an interview with the Missoulian in early May.

His son-in-law, Dale Moore Jr., was the keeper of Nelson’s military history and was trying to figure out a way to get Nelson to ceremonies in France. He said Senators Steve Daines and Jon Tester, as well as Rep. Greg Gianforte, were helping.

“We were working hard on that, but then he caught a bad cold and just kept getting worse,” Moore said. “At that point it was, no, let’s not do this.”

In the past year Nelson met and befriended Treat Williams, an actor and pilot who lent his name and support to the Miss Montana to Normandy project. Williams told Nelson when his health improved he’d fly the veteran to Normandy first class.

“He said, 'We’ll go visit and you'll have the beaches to yourself,'” Moore said. “John thought that was a pretty good idea.”

Nelson was a guest of honor in June 2018 at the Aircraft Owners and Pilots Association (AOPA) regional fly-in outside a Neptune Aviation hangar, when the nose logo and story of the DC-3 named Miss Montana was unveiled.

Last month he and another D-Day veteran, 97-year-old Ed Seifert of Polson, met at the Museum of Mountain Flying for the Miss Montana sendoff to Normandy. Seifert grew up on a ranch west of Pablo and parachuted into Normandy as a staff sergeant with the 101st Airborne Division.

Daines paid tribute to Nelson at the AOPA fly-in and on Monday sent word that he was saddened to hear of Nelson’s passing.

“He was a warrior who survived the beaches of Normandy, and fought valiantly for his country in WWII. John is an American hero who deserves our highest gratitude and honor,” the senator said through his press staff.

Miss Montana's crew flew Monday from France to Wiesbaden, Germany, where they are taking part in the Berlin Airlift 70th anniversary celebration at an American air base.

When they learned of Nelson’s death, the core crew of chief pilot Eric Komberec and Bryan Douglass and mechanics Randy and Crystal Schonemann, toasted Nelson under the nose of the Montana airplane.

“We did this for him,” Douglass said in a text that accompanied a picture of the toast.

The exact number of living Americans who participated in D-Day is not known. The youngest are in their mid-90s. According to the U.S. Department of Veterans Affairs, as reported last week in Smithsonian Magazine, just three of 472 Medal of Honor winners in World War II were still alive as of mid-May. Fewer than 3 percent of the 16 million Americans who served are living.

Nelson still carried behind his neck the shrapnel from an artillery explosion in a German railyard a couple of weeks after Germany’s surrender.

He said in May that when offered a chance upon his discharge to apply for a Purple Heart, he asked how long it would take. When told it would be a few days, Nelson demurred.

“His father had passed away (before the war) and he knew his mother was busy at home trying to take care of his younger siblings,” Moore said. “He said he figured 'My mom needed me more than I needed the medal.’”

Nelson received an engraved invitation to Thursday’s commemoration at the Normandy American Cemetery in France from both President Trump and French President Emmanuel Macron. According to Moore, Macron wanted to honor Nelson with the French Legion of Honor Chevalier, France’s highest honor and the equivalent of the U.S. Medal of Honor.

“It’s unfortunate that he didn’t get to attend that,” said Moore. “But, you know, when I told him about it, he said, ‘If they want to fine, but I don’t need any medals.'”

“John never looked at himself as a hero. He just always said, 'I did it because they asked me to,'” Moore noted. “And that group of men, I just think God has a plan for everything and he just put that kind of humility and courage and grit into those people for that reason.”

Nelson's embarkation from the landing craft on D-Day morning was initially stymied when he stepped into the water and sank over his head in an artillery hole created by an American shell. He encountered little resistance when he and others crossed the open shore at Utah Beach, the westernmost of five along the coast of Normandy.

Nelson remembered an overwhelmed German prisoner who watched the hundreds of “duck boats” pulled out of the water and onto the beach.

“He just shook his head and said the war is over,” Nelson said. "They can go on land and water and they pack ammunition."

It wasn’t over for another 11 months on the European front. Nelson survived nearly two months of the “hedge war” in western France before Gen. George Patton’s troops arrived from England to break the stalemate. His 249th Engineer Battalion built the bridges that enabled Patton’s army to cross the Rhine River on its march to Berlin, and he was with Patton’s forces when they liberated a concentration camp as the noose tightened on Adolf Hitler and the Nazis.

“He was the toughest man I ever met in my life,” Jeanie Nelson said.

Nelson returned to Montana after the war to a career as a heavy equipment operator, helping build Hungry Horse Dam and every Interstate 90 bridge between Missoula and Lookout Pass.

Nelson still nursed a bad leg from his bronc riding days in the 1950s before he met and married Amy Vinson at age 40. They were married for 42 years before she passed away in 2005.

Even in his last winter, he drove a backhoe around the place, plowing snow and moving dirt.

The cold turned to pneumonia in recent weeks. On Thursday, the anniversary of D-Day, his daughter recorded the early-morning events from France and videotaped his last war story. It was about another GI whom Nelson didn’t much care for who tried and unceremoniously failed to jump into Nelson’s foxhole during a battle.

“He had some Malt-O-Meal that day and told me to get his chew, so I got his Copenhagen,” Jeanie said. “That night he had two pieces of pizza and watched all the D-Day stuff. After that he just wasn’t with us.”

On Saturday, Nelson and Moore played some of John Nelson’s favorite gospel songs. To their surprise, when they played “The Old Rugged Cross,” he could be heard humming along. The popular Methodist hymn was written in 1912 by George Bennard. Jeanie said Bennard was a friend of Nelson’s parents, Ann and Alfred Nelson, who met and fell in love at the Chicago Evangelistic Institute and knew Bennard there.

Moore said Nelson’s family, including grandchildren and great-grandchildren, were with him when he passed away early Saturday evening.

A long time ago: Lolo veteran was on Utah Beach on D-Day 1944

LOLO — Some details are gone from memory. Even 75 years later, some are too tender to talk about.