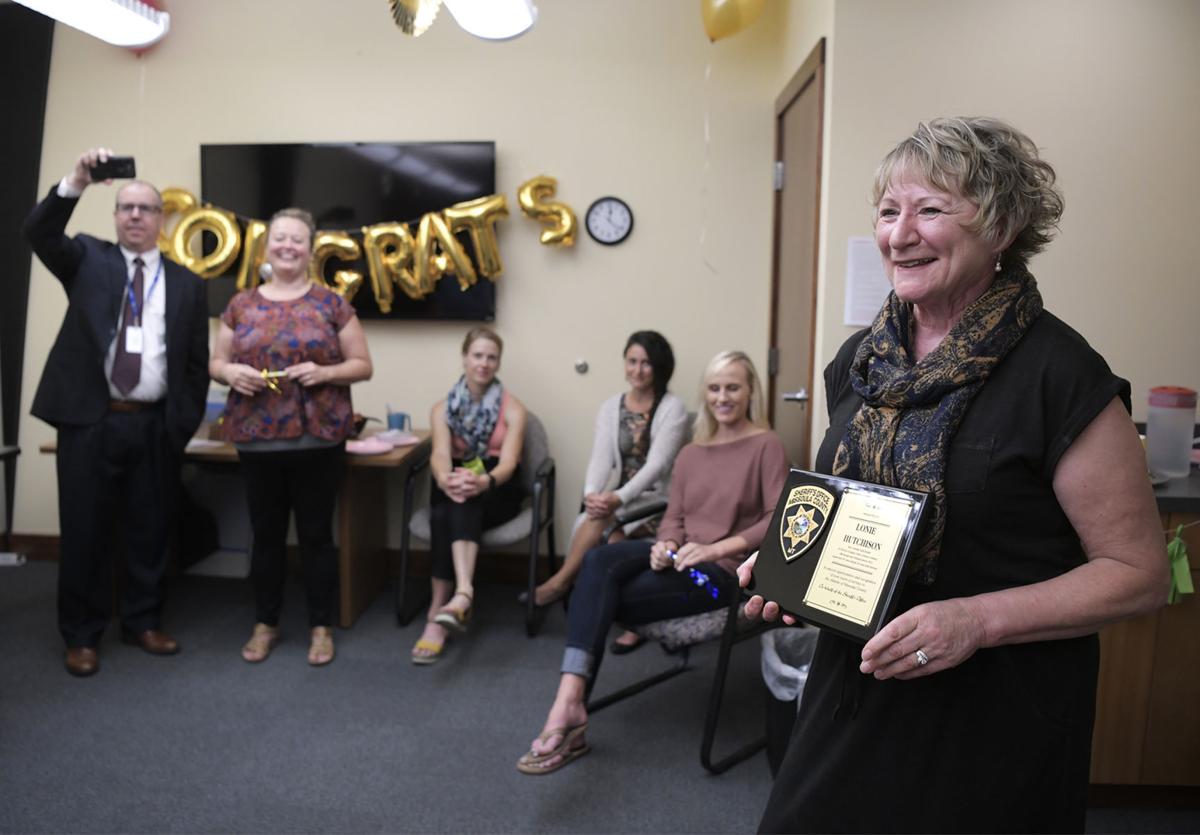 Lonie Hutchison, 71, looks on and smiles during her retirement party on Thursday in downtown Missoula. Hutchison is retiring after spending more than 30 years as the senior health care specialist for her efforts in reducing impaired driving and fatal crashes. 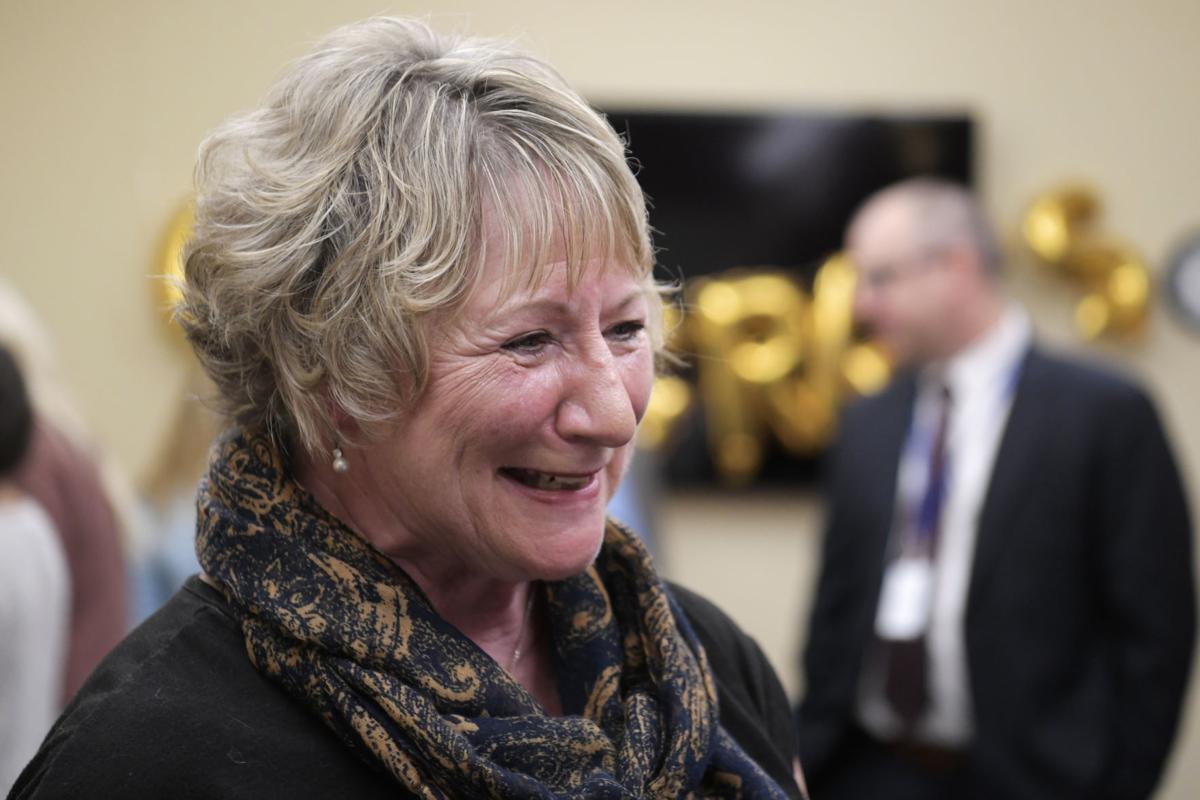 In 1985, Hutchison helped create the Get Caught Missoula program, where people who got caught actually wearing seat belts would be rewarded with coupons for free movies and food at local restaurants.

Lonie Hutchison, 71, looks on and smiles during her retirement party on Thursday in downtown Missoula. Hutchison is retiring after spending more than 30 years as the senior health care specialist for her efforts in reducing impaired driving and fatal crashes.

In 1985, Hutchison helped create the Get Caught Missoula program, where people who got caught actually wearing seat belts would be rewarded with coupons for free movies and food at local restaurants.

When Lonie Hutchison began her work of making Missoula’s roads and motorists safer, only about 1 in 10 people used their seat belts. It was 1984, and there were still no seat belt laws in Montana. But thanks to Hutchison’s efforts locally and statewide, by 2017, seat belt use was up to 90% in Missoula.

Hutchison, 71, is retiring from the Missoula County Health Department after a career spanning more than three decades. When she finishes her last shift as senior community health specialist on Friday, she’ll have held no fewer than six titles and won at least five statewide awards for her efforts in reducing impaired driving and fatal crashes.

In 1985, Hutchison helped create the Get Caught Missoula program, where people who got caught actually wearing seat belts would be rewarded with coupons for free movies and food at local restaurants. Over the course of the yearlong campaign, Hutchison said the Health Department saw usage rise from 13% to 34% of drivers.

“When you work in prevention, and you’re trying to make a difference, that can be really slow,” she said. “And it’s almost like you never know for sure if you’re making a difference. But that’s what’s been so amazing about this work is that you can see the difference right then and there.”

Although much of her work dealt with preventing such somber events as highway fatalities, she was always bringing a positive light to everything she did, County Commissioner Dave Strohmaier said.

“In this day and age of cynicism and negativity, that kind of positive energy is most welcome and contagious,” Storhmaier said. “She’s just been a stalwart force of nature when it comes to making Missoula the safest place it can be.”

Besides leading Missoula and Granite counties’ Buckle Up Montana campaigns for years, Hutchison has also directed Missoula’s DUI Task Force since 1987, and coordinated the statewide taskforce from 2010 to 2013.

Lt. Jace Dicken, of Missoula County Sheriff’s Office, gave Hutchison a plaque during her retirement party Thursday, commemorating her years of service and the many roles she has filled.

“Now we may have forgotten something, but we filled in as many titles as we could fit,” Dicken said while presenting the plaque. “Everybody has a role to play, and I think you’ve communicated to the community way more effectively than sometimes us overweight guys with badges, and we really appreciate the work you’ve done and all your years of service.”

Hutchison’s work has affected most, if not all, Missoulians in one way or another.

Anyone who has taken an Uber or Lyft home after a night of drinking in Missoula has Hutchison to thank. She was instrumental in convincing the ride-hailing companies to set up shop in Missoula, providing residents a safe way home.

Hutchison stressed her role will be in capable hands, passing the torch to Steve Schmidt. She encouraged him to apply for the job when she put in her retirement notice six months ago.

Schmidt said he has been working over the past two weeks to absorb Hutchison’s 36 years of institutional memory, and was confident his firsthand experience with roadway fatalities as a police officer in Kansas City, Missouri, and with the Missoula County Sheriff’s Office would help him succeed.

As for Hutchison, she said she was looking forward to having a bit more personal time.

“I’m finally going to find some time to learn how to use that Instant Pot I’ve had for several years,” she said. “A couple of times I’ve had the instructions out, but I keep thinking I’m going to blow the kitchen up with this thing. So I think I’ll take the opportunity to figure it out now.”

Three not-so-little bears — actually six grizzlies — have been caught in compromising positions in the past week.