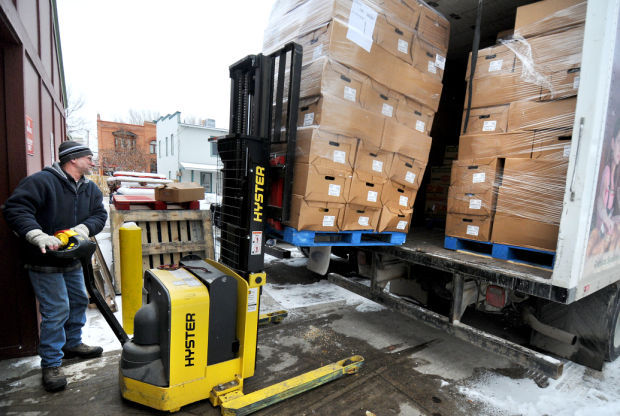 Missoula Food Bank purchasing and warehouse manager Gregg Asciutto unloads fresh chickens at the food bank Monday afternoon. The numbers of people in need of assistance is up 7 percent over last year. 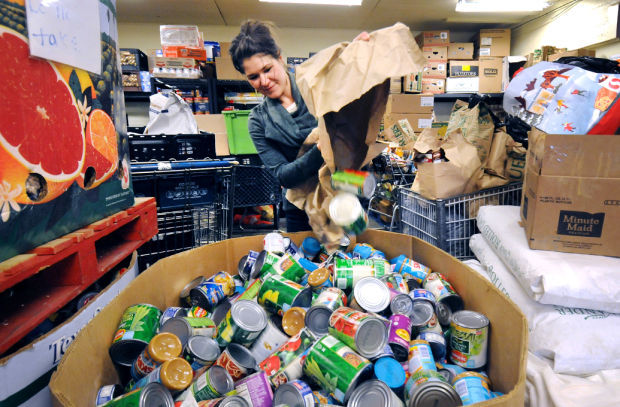 Underemployment, low wages and the high cost of living are driving an increase in need at the Missoula Food Bank, with services up more than 7 percent this year over last, the nonprofit said Monday.

As a shipment of frozen chicken arrived at the pantry and the food bank prepared to launch its 29th annual holiday drive, staff members sorted bags of donated items into bins and clients shopped for their allotment of food.

Before those clients receive their food, they’re required to complete an intake form. Aside from questions on ethnicity, housing and family, the form asks clients to identify the factors leading to their food shortage.

“We see over and over again that underemployment is huge,” said Jessica Allred, the food bank’s communications director. “While members of the household work, they just aren’t making a living or they’re not able to keep enough food on the table.”

Allred said the client forms also suggest that stagnant wages are adding to the increase in need. Living expenses continue to increase but paychecks aren’t. The lines at the pantry this year are longer, with services up 7.5 percent over last year.

Amid a steady drizzle last week, more than 1,804 families also showed up at the Missoula County Fairgrounds for a Thanksgiving meal – an increase of 9 percent over the prior year. In doing so, the food reached 6,445 people, Allred said.

“There are different things that drive needs,” she said. “During the coldest month, we see an increase in our lines because of heating bills, and because of the seasonality of a lot of jobs in Missoula.”

While the need has increased, Allred said the giving has increased as well. More than 4,000 pounds of donated chicken arrived after noon Monday. The meat was provided by First Security Bank and two private donors.

“We purchase in bulk, which provides far more food for our struggling neighbors than can be bought at retail,” said executive director Aaron Brock. “As an organization, we have become very good at stretching every dollar.”

While financial contributions go further, the pantry also accepts food donations. On Monday, the shelves were stocked with fresh produce and other “rescued” items, from pizza donated by local restaurants to bread that retails for $7 at the local grocery store.

Allred said the pantry saves 50,000 pounds of expiring goods from hitting the trash bin. A list on the wall outlined for employees the requirements for accepting rescued food.

“This is our largest fundraiser of the year,” said Allred. “The impacts of this drive are financial for us. We can stretch that dollar and make it three times the value, and sometimes more.”

After a year and a half of searching, the Missoula Food Bank has found what its leaders hope will be the location of a new, larger facility.

As part of an effort to educate the community about issues surrounding food insecurity, the Missoula Food Bank is launching a monthly forum it…

No time of year is a good time to be hungry, but especially not the holidays. Unfortunately, more than 163,630 Montanans, including 46,806 chi…

Volunteers and staffers for the Missoula Food Bank braved mud and a steady drizzle Tuesday to distribute free turkeys to those in need.

Missoula Food Bank purchasing and warehouse manager Gregg Asciutto unloads fresh chickens at the food bank Monday afternoon. The numbers of people in need of assistance is up 7 percent over last year.