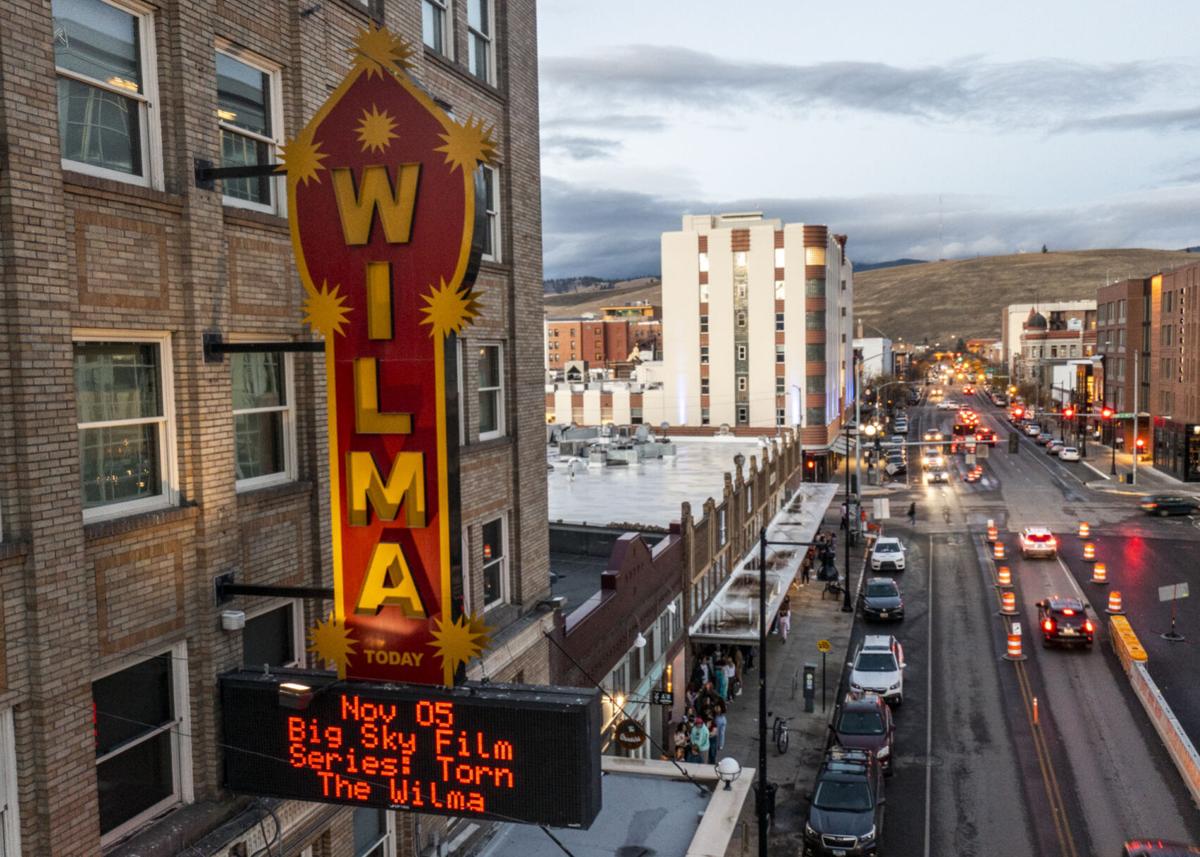 The Wilma is having a showing of the "Torn" film on Friday. 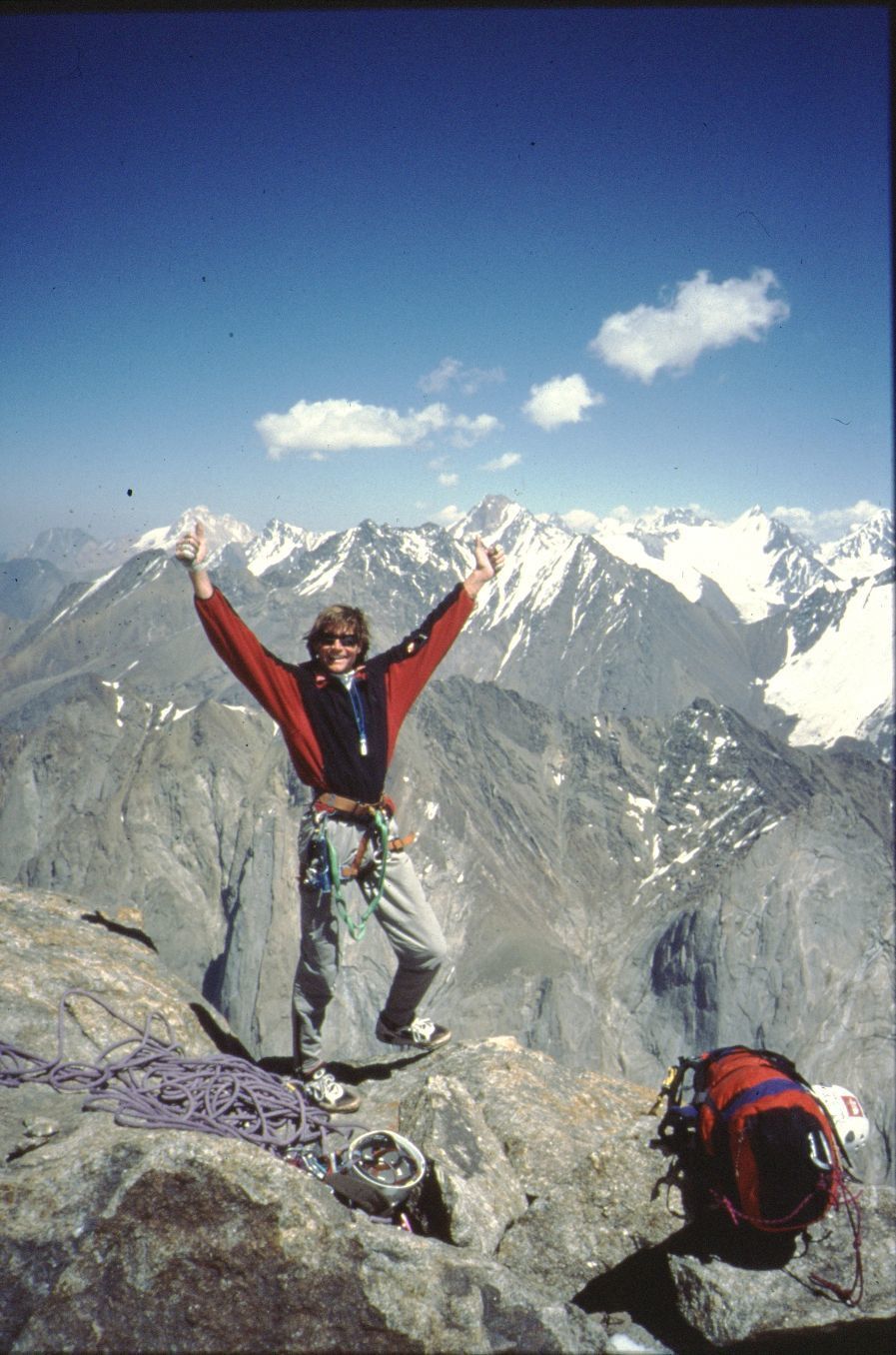 Alex Lowe on the summit of Pik Slesova.

Aside from the remarkable physical ability to scale cliff walls and frozen waterfalls, mountain climbers have a couple other characteristics that separate them from the general public.

One is a familiarity with big, hard decisions, whether to trust a risky handhold or probe an emotional or philosophical minefield.

The other is a tendency to document those decisions, through journals, film and video, often at the moment of extreme hardship.

All that spills on the big screen Friday when the documentary “Torn” debuts at the Wilma Theater. It recounts a story many adventurers already feel they know, about the 1999 Himalayan avalanche that killed elite climber Alex Lowe while sparing partner Conrad Anker, who went on to marry Lowe’s widow Jennifer and adopt their three sons.

Max Lowe, Alex’ eldest son, directed the movie as a way to get to know the father he lost when he was 10 years old.

“This had been the story of my life and my family, but we never had control,” Max Lowe said. “When he died and Conrad married my mom and adopted me and my brothers, it was always outside voices that had the final say. My decision to make this film helped me fully realize how much I needed to take control of my own narrative. We were in the limelight in a very intimate, difficult way. That’s something anyone in a family can relate to.”

Alex Lowe climbed all over the globe as a member of the North Face climbing team. Occasionally referred to as “Lungs with Legs” for his physical endurance, he also possessed a charisma that left enduring memories for those he met.

“He had that spark, that way to make people feel seen just being there in the moment with him,” Jennifer Lowe-Anker said. “Max and I had a lot of discussions about his perceptions of the film. I wanted Alex fairly represented.”

The movie mines Lowe’s archives from Kodachrome slides of his early climbs and handicam videos of school concerts and skiing weekends to the last frame on a camera memory card taken just before the fatal avalanche in Tibet. It was a picture of Alex holding a birthday drawing he made at base camp, which Max received in the mail a few days after learning of his father’s death.

A return trip to Tibet forms the fulcrum of the film, when the family went to retrieve Lowe’s body after melting snows released it in 2016. Lowe-Anker credited former Sen. Max Baucus for helping with visas when he was ambassador to China. Max Lowe filmed the experience and then expanded the scope to present a fuller conversation with people who knew and climbed with his father.

It ends with the 2019 opening of the Khumbu Climbing Center near Mount Everest, developed by the Alex Lowe Charitable Foundation. The school in Phortse, Nepal, trains most of the local people who set the climbing ropes and camps for those attempting the world’s highest mountaintop.

"That school, and the work my mom and Conrad put into it, is a huge part of Alex's legacy, too,” Max Lowe said. “They built that in his memory, in hopes he can live on in a way that has a broader impact on the community.”

The Big Sky Film Series presents a free showing of “Torn” at 7 p.m. Friday in the Wilma Theater, with a Director Q&A following featuring Max Lowe and Jennifer Lowe-Anker. Reserved tickets are recommended.

SILVER GATE – Ang Dawa Sherpa traveled from one end of Montana to the other looking for winter.

A planned ultramarathon between the town of Whitefish and its eponymous ski resort can go forward this October, to the satisfaction of organiz…

Snow on tap for Christmas, followed by arctic blast

Mountains throughout northwest Montana should get a new blast of snow just in time for Christmas Eve wonderment.

The Wilma is having a showing of the "Torn" film on Friday.

Alex Lowe on the summit of Pik Slesova.