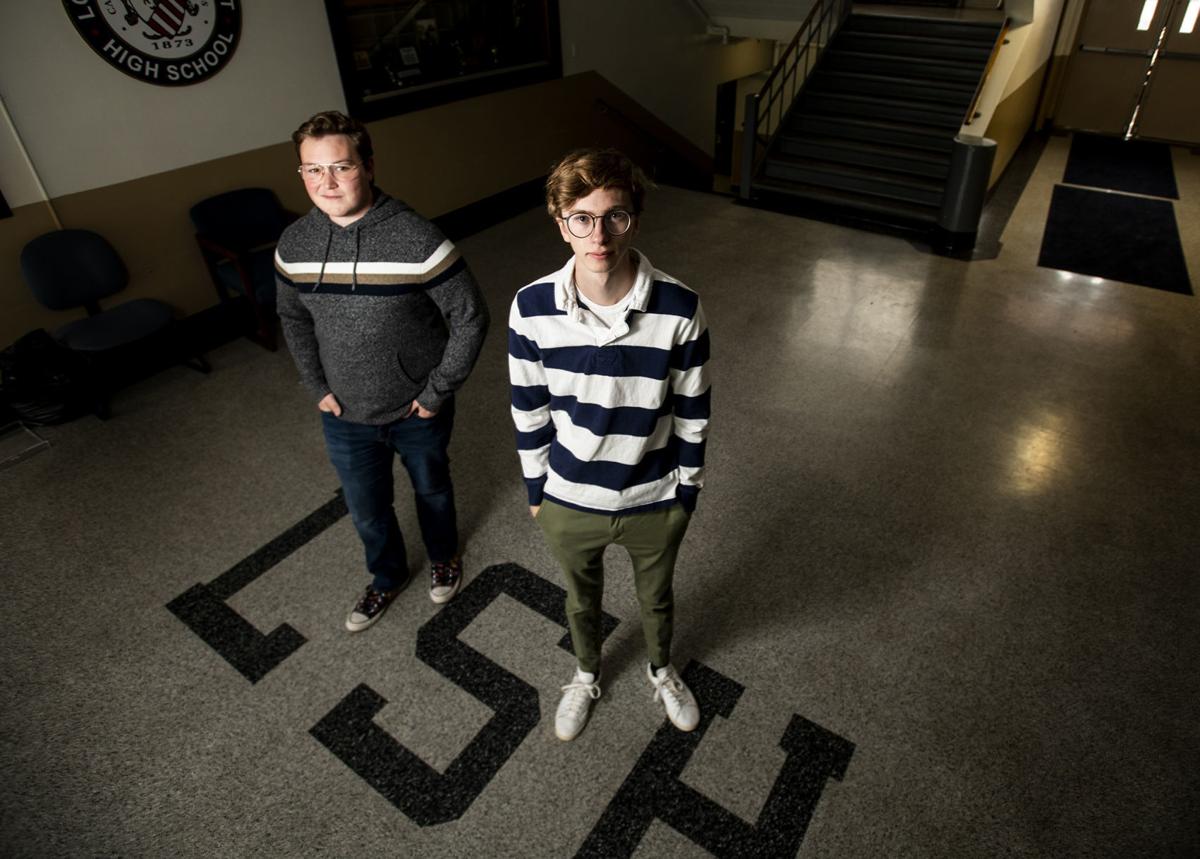 Wyatt Winters, left, and Tanner Carlson graduated from Loyola Sacred Heart High School and will be attending Cornell University in the fall. Last year, Cornell accepted students from every state besides Montana, though this year they have accepted a few. 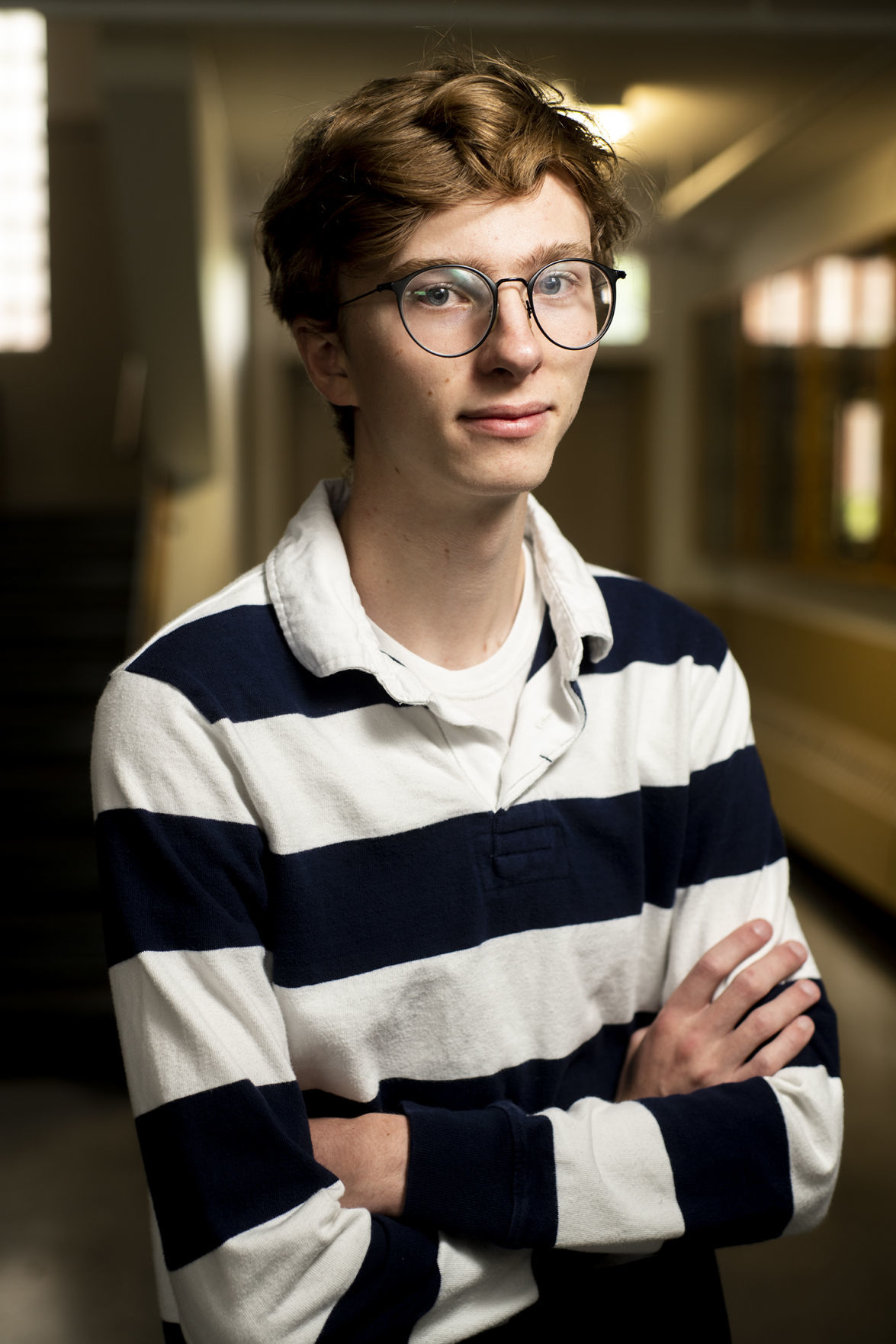 Tanner Carlson said he wants to study mechanical engineering at Cornell with the hopes of working on race cars one day. 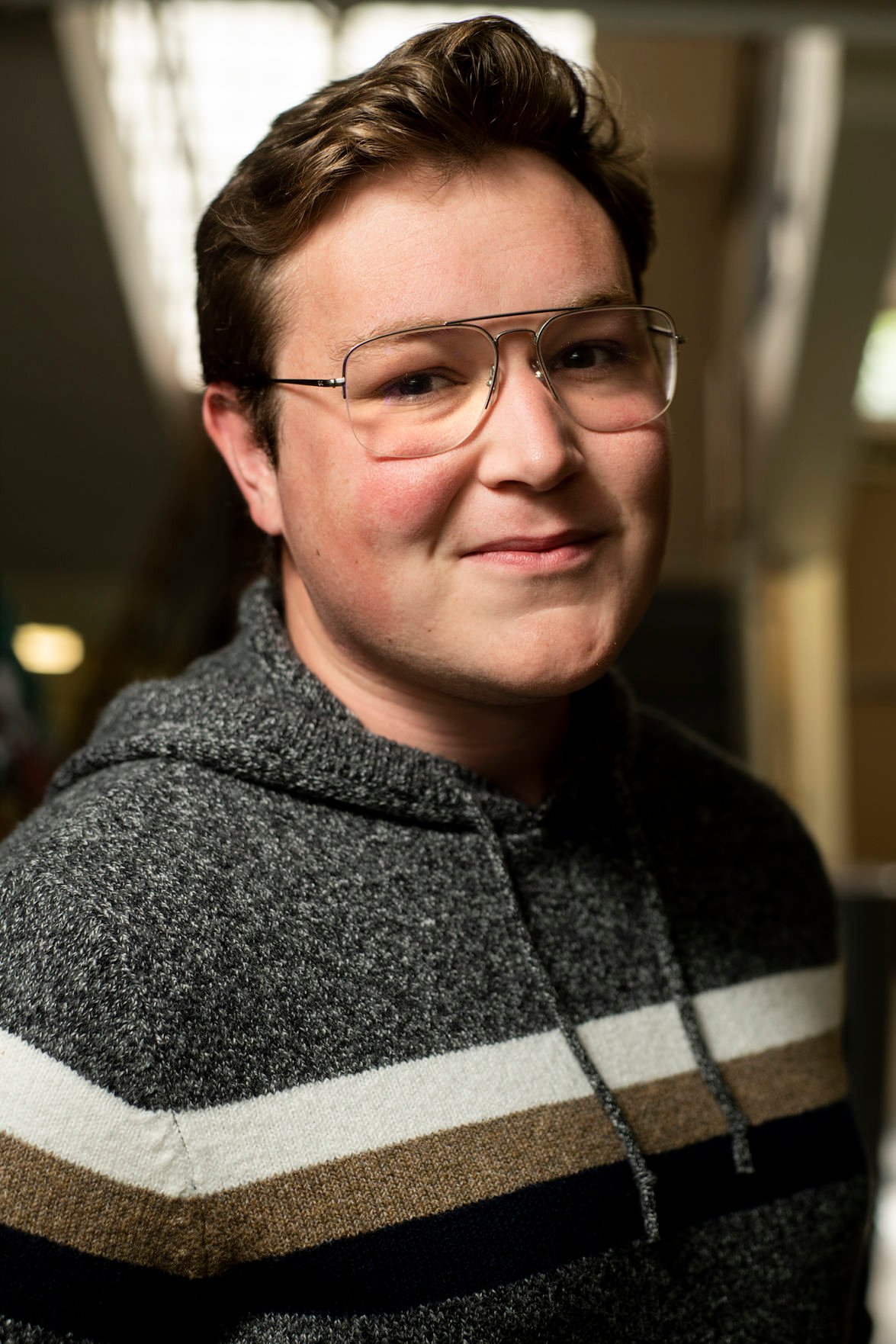 Wyatt Winters plans to study hotel administration and said he'd like to own his own company.

Last year, Cornell admitted applicants from 49 states and Washington, D.C., plus the U.S. Virgin Islands and Puerto Rico, according to a report conducted by the Cornell Chronicle. The only state missing, according to the report? Montana.

Carlson and Winters graduated Sunday, June 28, in a class of 47 students. The two have been friends since middle school, when Winters convinced Carlson to transfer to Saint Joseph Elementary and Middle School in the eighth grade. Winters encouraged the transfer so Carlson would be able to attend high school with him.

“He was a familiar face,” Carlson said of Winters. “And we’ve just been best friends since.”

The summer before their senior year of high school, the friends met up in New York at Cornell. The Winters were already touring, and the Carlson family decided to tag along. From that moment on, said Carlson, the two were hooked.

“Wyatt fell in love with it. As did I,” Carlson said.

Carlson will be studying engineering, a natural path for him thanks to his love of motor sports. He lived in Madrid, Spain, for three years while his dad was in the army, and he was exposed to the world of racing.

Cornell has one of the best racing teams in the country. Students design, engineer, manufacture, fundraise and race cars in competitions throughout the school year. Carlson knew the Cornell racing program, a group that ranks globally, was one he wanted to be a part of. Racing was the primary reason he chose engineering as his major.

“I've always loved tinkering with things. I've always been a math and science guy,” he said. “And for a fan of motor sports, (engineering is) kind of the next progression.”

When the decision came for Carlson, it came two days later than he expected.

“I’d hyped myself up so much, and then they postponed it. It was terrible,” he said. “I was pacing around all day.”

When Carlson finally saw the acceptance, he almost thought it was too good to be true.

“It was just amazing,” he said.

Winters at first didn't think Cornell was a realistic option for him, and he had planned to attend the University of San Diego.

“I put Cornell out of my mind because I thought it was impossible,” Winters said. “When I got the acceptance letter, it was almost a month early. I assumed it was a rejection letter.”

His reaction surprised even himself.

“I was honestly really angry, at first,” Winters said. “Because I had a plan, and then that plan was completely ruined.”

He originally wanted to study architecture, but he had a change of heart and decided he wanted to be out interacting with people as much as possible. On his visit to Cornell, the university’s School of Hotel Administration and Hospitality Management caught his eye, and he decided that was the path for him.

Once being accepted, he realized what an amazing opportunity Cornell was, he said, and the anger quickly turned into excitement. He told Carlson as soon as possible.

The day after their graduation, Winters reflected on his and Carlson’s friendship and how they’ve each been instrumental in certain aspects of each other's lives. Winters convinced Carlson to go to Loyola for high school, and then Carlson introduced Winters to his tutor group. They both met up over the summer at the school they’d eventually both be accepted into months later.

“It’s sort of meant to be,” Winters said.

Kathy Schneider, principal of Loyola Sacred Heart High School, said she could not be more proud of the two friends.

She said the high school would miss the boys greatly.

“They’re bringing a lot to school, when they head off to Ithaca.”

Missoula County on Monday had 45 active COVID-19 cases, according to public health officer Ellen Leahy, as the state recorded its highest one-day new case total, 56, since the pandemic began.

A 41-year-old woman is jailed after her uncle died Friday en route to the hospital with blunt force injuries to his head.

Wyatt Winters, left, and Tanner Carlson graduated from Loyola Sacred Heart High School and will be attending Cornell University in the fall. Last year, Cornell accepted students from every state besides Montana, though this year they have accepted a few.

Tanner Carlson said he wants to study mechanical engineering at Cornell with the hopes of working on race cars one day.

Wyatt Winters plans to study hotel administration and said he'd like to own his own company.