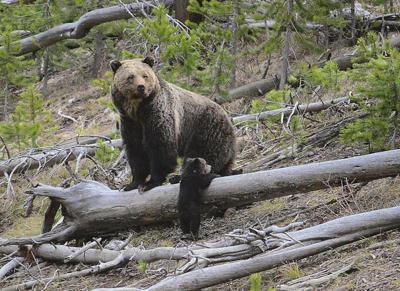 For tens of thousands of years, likely as long as grizzly bears occupied North America, they have coexisted with humans.

Tribes ranging from the far northern tip of Alaska to central Mexico, the coast of California to the banks of the Missouri River, found ways to live alongside the massive omnivores.

That all ended with Europeans.

The Spanish came first, pillaging their way up the California coast. Grizzly bears there numbered in the thousands, perhaps tens of thousands, feasting on rich coastal ecosystems, grasses, insects, berries, deer and nearly anything else edible.

Accounts from Spanish explorer Sabastian Vizcaino tell of “a group of bears feeding on a whale carcass” in 1602, according to naturalist and bear advocate Doug Peacock’s book “Grizzly Years.”

Extermination of the California brown bear began as quickly as the Spaniards settled the area. Grizzlies in the rest of the U.S. would have another couple hundred years.

The Lewis and Clark expedition first ran into grizzlies in North Dakota in 1804. “It was verry large and a turrible looking animal,” William Clark wrote, “and extreemly hard to kill.”

Voyage of Discovery members reported killing 43 grizzlies and wounding several others during their cross-country odyssey. A majority of those encounters occurred in what is now Montana along the Missouri River.

In his journal entry on June 28, 1805, Lewis wrote that after portaging around the Great Falls of the Missouri River, “The White Bear have become so troublesome to us that I do not think it prudent to send one man alone on an errand of any kind, particularly where he has to pass through the brush.”

Another Euro-American mention of grizzlies near the Beartooth Mountains appears in Osborne Russell’s book, “Journal of a Trapper.” During his visit to the Yellowstone River valley in 1837-38 Russell wrote that grizzlies were “more numerous than in any other part of the mountains, owing to the vast quantities of cherries, plums and other wild fruits which this section of country affords.” When going to set his traps in the morning, he would often see seven to eight bears along the 3- to 4-mile ride.

In 1872, Yellowstone National Park was created in part to protect wildlife from being hunted to extinction by Euro-Americans migrating westward, as well as unregulated trophy and meat hunting. The U.S. Army was called in to provide enforcement.

Yellowstone created a 3,400-square mile refuge for what was left of once numerous species like grizzly bears and bison. It seems hard to believe that only 70 years earlier they had flourished on the Great Plains.

By the early 1900s, grizzlies proved no match for modern guns, white settlers, government bounties and the sheer determination of Europeans interested in reshaping the West as quickly as possible.

The bear’s near extermination in the Lower 48 States is also in part explained in Malcolm Mackay’s 1925 book, “Cow Range and Hunting Trail” – unrestricted hunting. Mackay, a Wall Street stockbroker, created the Lazy E-L Ranch along the Beartooth Face in 1901.

He was also an avid hunter, and in the book he writes about traveling from the region in the early 1900s to hunt grizzly bears because there were none along the Front. On one hunting trip to Canada he killed eight bears, two of them grizzlies.

Like many other once-abundant species, grizzly bear history becomes a tally of the last ones recorded or killed. In California, it was 1922. In Oregon, 1931. In Arizona, 1935; and in Colorado, 1979.

What had once been a creature accustomed to moseying through the plains, grasslands and foothills feeding on carcasses or blueberries or laying underneath plum trees on the banks of meandering rivers, became a mountain species hiding out in a small fraction of its historic range. And in Yellowstone, it was a mountain species living off garbage dumps.

But researchers and managers decided the best path for long-term grizzly survival would not be dependence on human’s discarded lunches, so park officials closed the dumps in 1970 – against guidance from famed ecologists Frank and John Craighead – covered the pits, and bear numbers plunged as those used to feasting on human food scraps were viewed as a hazard.

In 1975, grizzly bears were placed on the endangered species list. Their numbers began, slowly, to climb back up. In the Yellowstone Park area, just 210 grizzlies were estimated to persist. Perhaps 600 were left in the Lower 48 States.

Today, that population has grown to an estimated 2,000 grizzlies, based on newly revised counting methods. Each female grizzly requires about 50 to 300 square miles of habitat, 200 to 500 square miles for males.

Although grizzlies can be long-lived, females aren’t sexually mature until they are at least 4 years old. Litter sizes average about two cubs, and mothers often keep family groups for two or three years before breeding again. So replacing bears on the landscape can be a slow process.

In 1982, the Interagency Grizzly Bear Committee formed to link together all the federal, state, tribal and local efforts trying to recover grizzly bears. A decade later, the IGBC designated six recovery areas in four states: the Greater Yellowstone Ecosystem surrounding Yellowstone National Park in Montana, Wyoming and Idaho; the Northern Continental Divide Ecosystem in the Montana Rocky Mountains; the Cabinet-Yaak Ecosystem in northwest Montana and Idaho; the Selkirk Ecosystem in northern Idaho and Washington; the Bitterroot Ecosystem along the Montana-Idaho border; and the North Cascades Ecosystem in Washington.

Of those, only the Greater Yellowstone and Northern Continental Divide have seen success, with an estimated 750 and 1,000 grizzlies respectively. The Cabinet-Yaak and Selkirk ecosystems have about 50 bears each, and depend largely on transplants from the bigger ecosystems. The Bitterroot and North Cascades have no confirmed resident grizzlies, although both historically were prime grizzly habitat.

A Lee Enterprises series on how the Lower 48 lives with grizzly bears - one of the West's most iconic wild animals - and how they live with us. 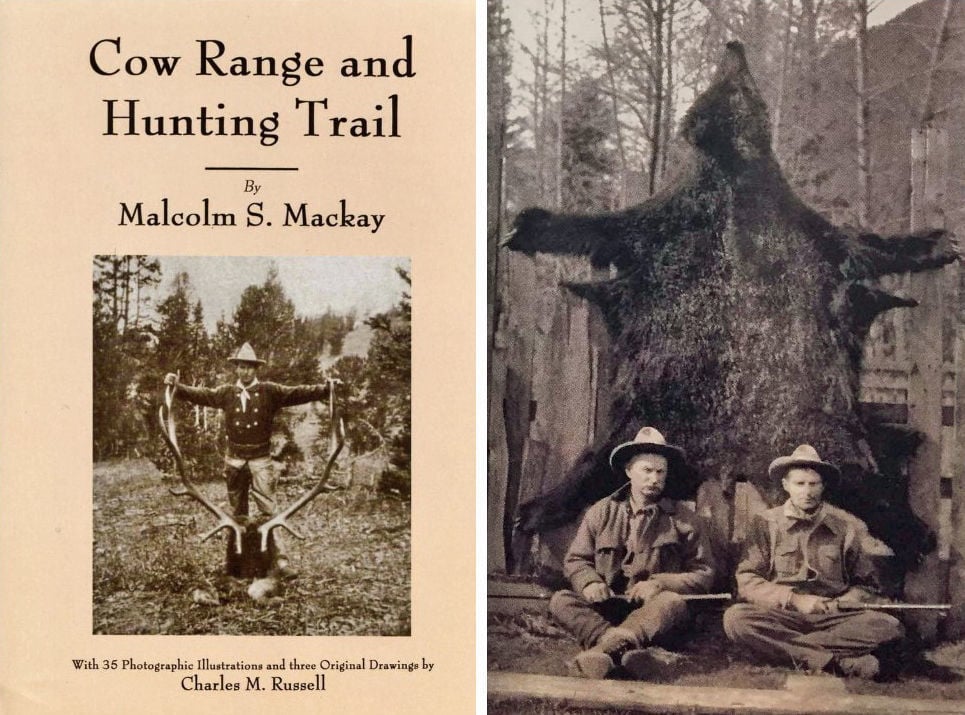 Montana rancher Malcolm Mackay authored a book in the early 1900s that included several tales about his hunts for grizzly and black bears in the region and Canada. 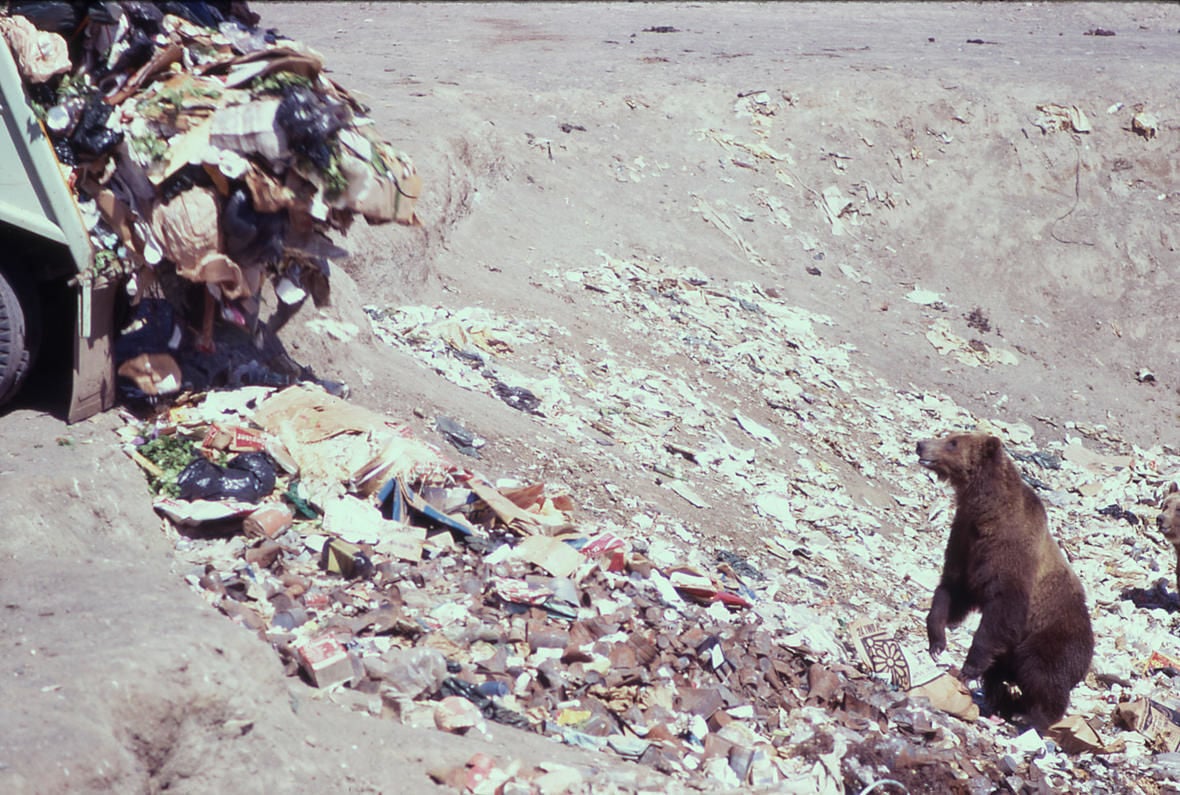 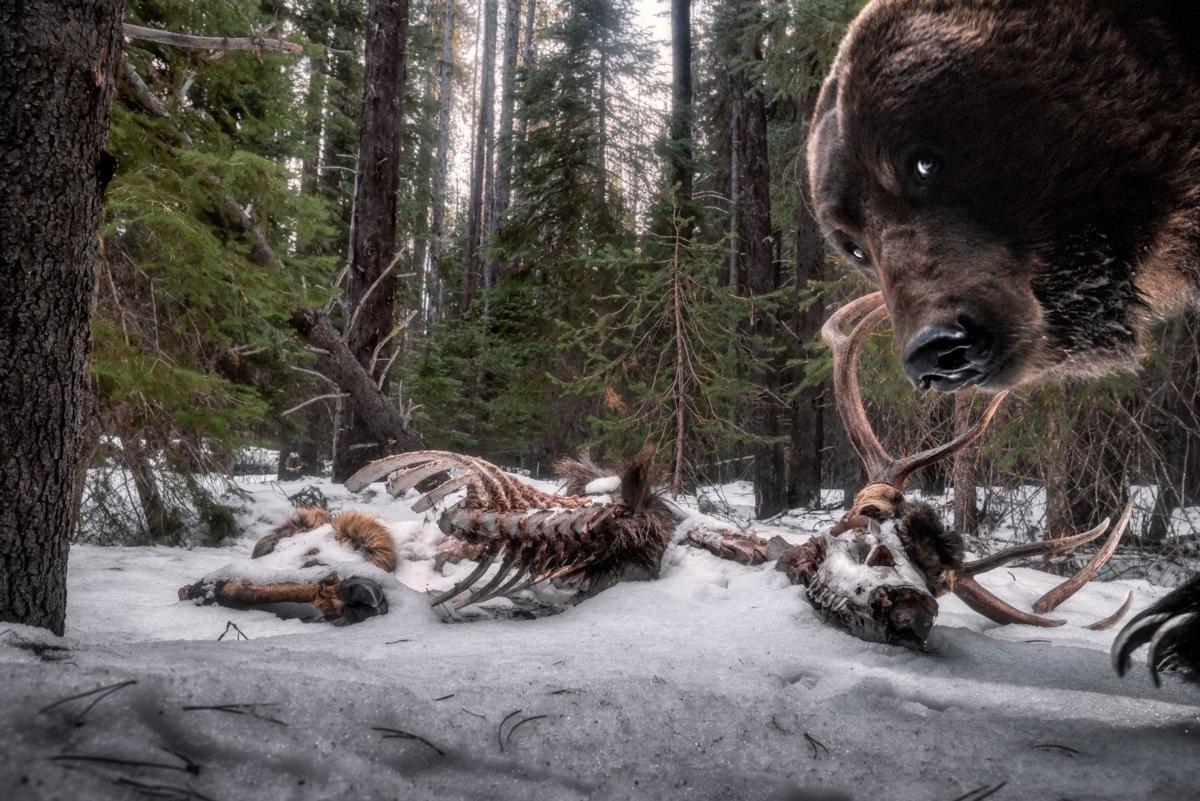 Outdoor Photographer Zack Clothier found this bull elk carcass while cross-country skiing in the mountains near his home in the Seeley-Swan area, and set up a camera in a protective case, mounted on a tripod and camouflaged, to record wildlife visits to the scene. When  he went back to retrieve the camera, he found it trashed, with bite marks on the case and “slobber from the bear” covering the lens. He checked the camera’s memory card, and this was the last frame recorded.