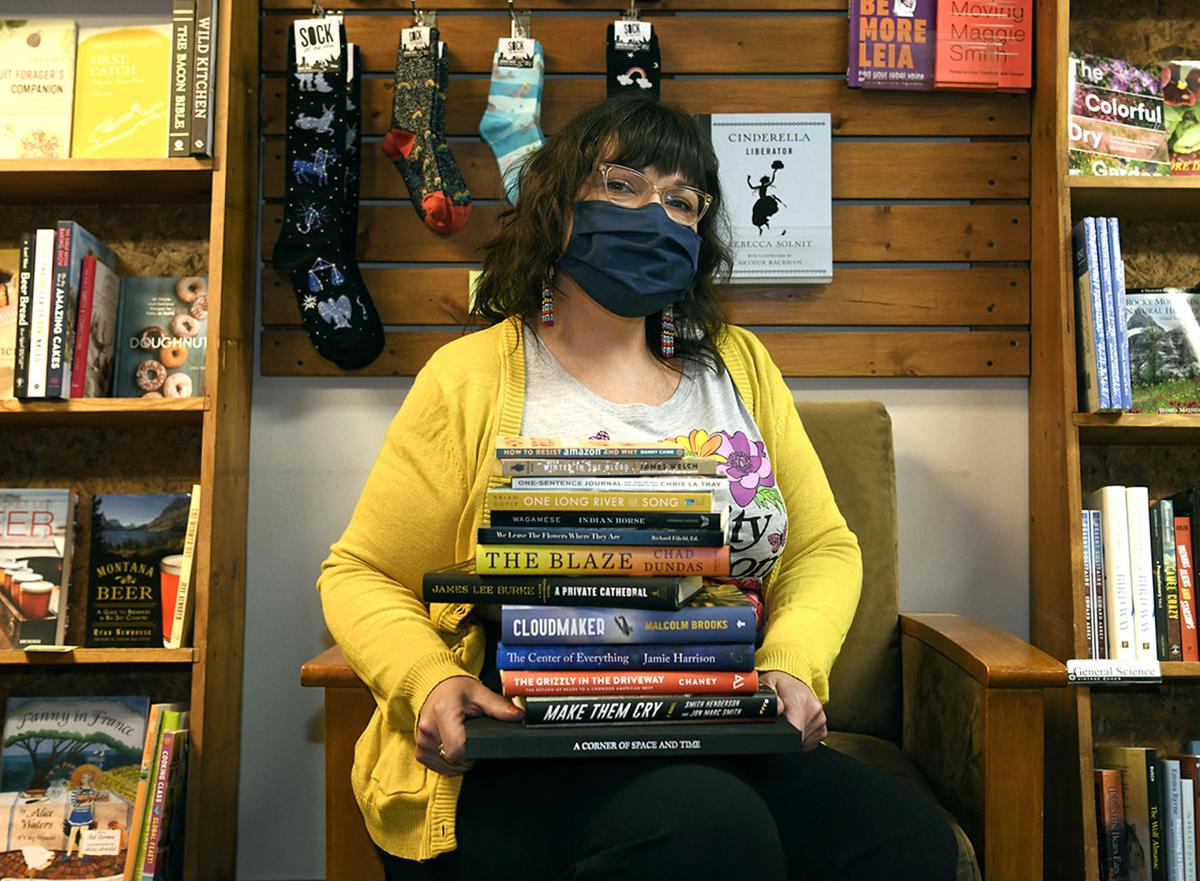 Mara Panich, the general manager of Fact & Fiction, is buying the bookstore after its owner declared bankruptcy. 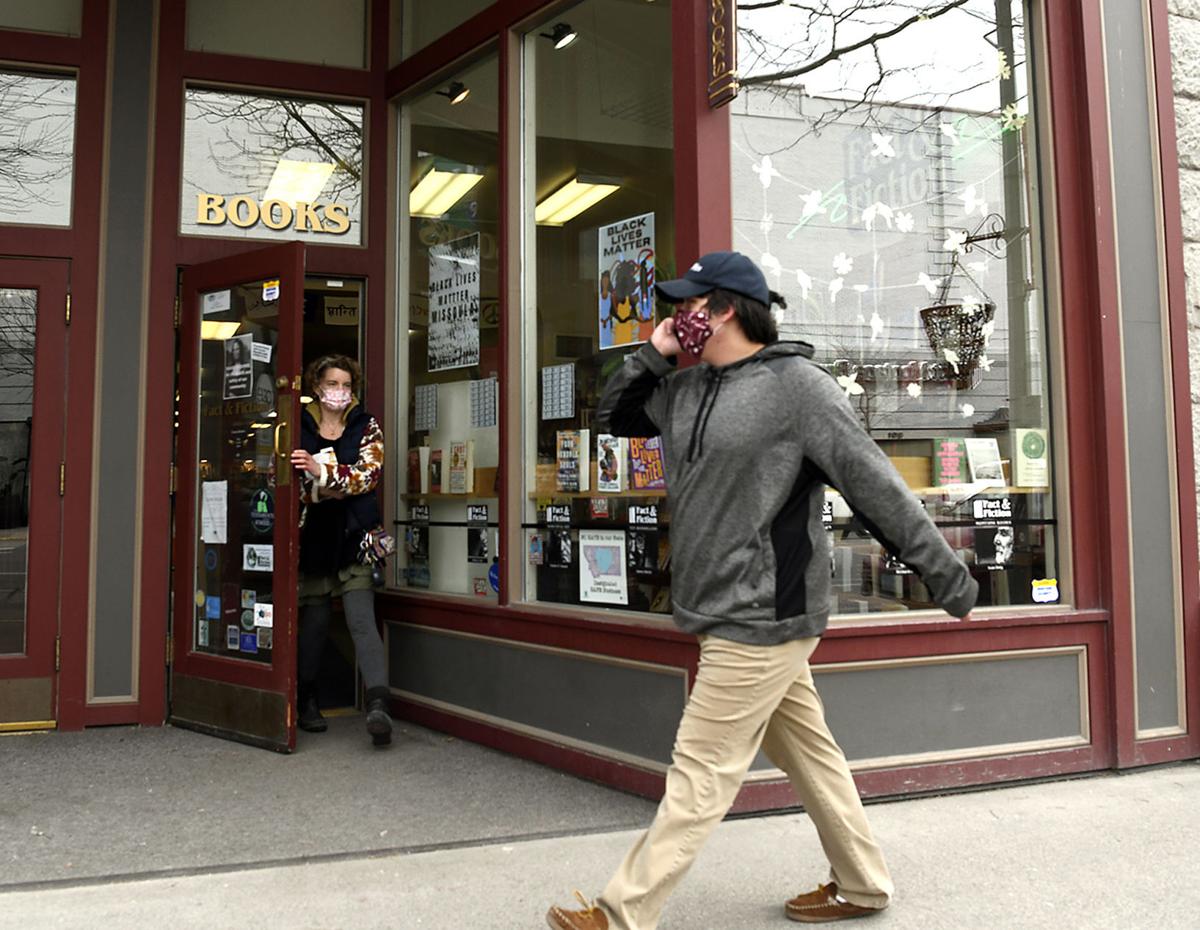 Fact & Fiction has been a fixture in downtown Missoula since 1986.

“I want to continue to be the store that people know and love, but I also want to put my own stamp on it with some of my personality,” she said.

That means supporting the community and the causes she loves.

“I want this to be a safe space for folks to come into and feel comfortable,” she said.

Panich is buying the store after its owner, the not-for-profit U Center Bookstore Inc., declared bankruptcy. Up to this point, she has held a large degree of control as manager, so any changes might be subtle: an updated wall display for local authors, perhaps some new decor, and freedom from checking with any higher-ups on big decisions.

Panich, who studied writing in college, says bookselling is the only job she’s had that never felt like work. “I love finding new books. I love the community aspect, discussing them with people, and finding something somebody will love,” she said.

“It’s not just a product to sell. Books are more than a product.”

Panich (pronounced “Paw-nitch”) is from Lafayette, Indiana, studied creative writing and literature at Purdue University for her bachelor’s degree, and then came to Montana for a master’s in English literature at the University of Montana in 2003.

She’s still writing — and has a new collection of poetry, “Blood is Not the Water,” coming out this spring through Foothills Publishing’s six-volume series of Montana writers.

She started working at the Bookstore at UM in the University Center. After the Bookstore’s foundation bought Fact & Fiction, Panich met Barbara Theroux, the owner. Theroux started the store on Main Street back in 1986, and in 2007 sold it to the Bookstore and oversaw the downtown shop as general manager. Panich began working downtown and was mentored to become general manager when Theroux retired in 2017.

Panich long held dreams of owning it herself, but became more serious after that transition. The opportunity presented itself when U Center Bookstore Inc., the not-for-profit foundation that owned Fact & Fiction, went bankrupt. In January 2020, the move to buy it was making headway but the pandemic sent the store into “emergency” mode, she said.

Just over a year later, she can report that Fact & Fiction’s sales were up for the year. She knows of bookstores around the country that have seen extremes in both directions, and believes that region is important. “It’s all about what your community’s like, what they value,” she said, and “Missoula values small local business.”

In January, Publishers Weekly reported that a survey of 25 independent bookstores found “widely varying sales results last year, with one store reporting a 50% sales increase over 2019 and another citing a 43% decline. Nine stores hovered between declines of 10% and gains of 10%.”

The extremes were reflected in other data. The American Booksellers Association, an independent not-for-profit organization of which Fact & Fiction is a member, has surveyed its members during the pandemic.

“Independent bookstores, like so many small businesses, were hit hard by the pandemic,” Dan Cullen, senior strategy officer, wrote in an email. “More than 70 independent bookstores closed this past year and many others are still in danger of closing.”

However, “bookstores also rallied during the pandemic. Forty-two new indie bookstores opened in 2020, online sales at independent bookstores increased by 680%, and hundreds of stores pivoted and found new ways to support their communities and spread their love of books.”

Just like all small local businesses, the pandemic was scary, Panich said.

They had to switch to phone and online orders in the early phases, including the closure of non-essential businesses. They were equipped for online ordering, but not at the volume that suddenly emerged. Previously, it might be a one or two a day. That could suddenly and unexpectedly leap to 50 to 100, and they had to streamline their process to account for the increase. (Despite the national news on the subject of mail delivery slowing down, Panich said the Hellgate Post Office kept them going strong.)

Since the pandemic, the store hasn’t been able to hold readings and signings in person. They’ve partnered with the Montana Book Festival for virtual events that draw interest. (However, attendees at a virtual event don’t open up their wallets the way they do at a signing. If the virtual event requires a pre-purchased book, it will.)

They don’t plan on hosting in-person events until perhaps late summer or early fall. In part, that’s a function of the physical size of the store, which couldn’t fit enough people for social distancing to make it worth the author’s while. In contrast, Burke has held his annual book launch parties at F&F for years. The in-person readings could draw a standing-room crowd and send a hundred books out the door.

A consistent flow of (masked) customers came through during lunch hour on a recent Monday.

The display areas near the front and a marquee area near the register are stocked with national and local or regional authors. Some of the top sellers for the year were written close to home: Sen. Jon Tester, James Lee Burke, Chad Dundas, Richard Fifield, and Chris La Tray, who is a bookseller at the store. He said there were a few hits that reflect a specific local taste, such as Brian Doyle’s “One Long River of Song: Notes on Wonder,” a collection of essays by the late Washington writer; and botanist Robin Wall Kimmerer’s “Braiding Sweetgrass: Indigenous Wisdom, Scientific Knowledge and the Teaching of Plants,” and activist-author Glennon Doyle’s “Untamed.”

Some customers on Monday snapped up copies of newer fiction, like Richard Powers’ “The Overstory” or Kazuo Ishiguro’s “Klara and the Sun.” One asked for some help: Her boyfriend wanted to start reading more. She listed (no spoilers) a genre of music and a genre of movie. La Tray suggested “The Only Good Indians,” by Stephen Graham Jones, a Blackfeet novelist.

Some buying habits shifted during the pandemic, Panich said. Starting last spring during the Black Lives Matter protests, customers began looking for titles related to social justice, the political climate or works by BIPOC writers. Some regular nonfiction readers went for fiction. Others picked shorter forms, such as essays or poetry, that could be digested in smaller sittings. Some wanted to get outside the present reality altogether in favor of science fiction and fantasy.

There was a push to buy local, especially with books, before the pandemic, but it seems to have increased in urgency during COVID.

“It put a real fear in people that they were going to lose these little places that they love, and encourage them to buy through local places,” she said. The online sales come in from Missoula, out to Miles City, or even Tennessee.

“Once this happened, our community have really stepped up to support us and figuring out ways to get their books and get them without putting anybody's safety at risk,” Panich said.

Go to factandfictionbooks.com for information about virtual events and ordering.

Sorrowful instrumentals and a voice full of soul sings of a road through the darkness, through depths that most people don’t want to talk about.

“The Space of Hope” is one of many exhibitions at the MAM and in Montana tied to the project happening this year.

The lore around Missoula’s rock scene is often shared piecemeal, in retrospective articles, social media posts after someone unearthed an old …

Mara Panich, the general manager of Fact & Fiction, is buying the bookstore after its owner declared bankruptcy.

Fact & Fiction has been a fixture in downtown Missoula since 1986.