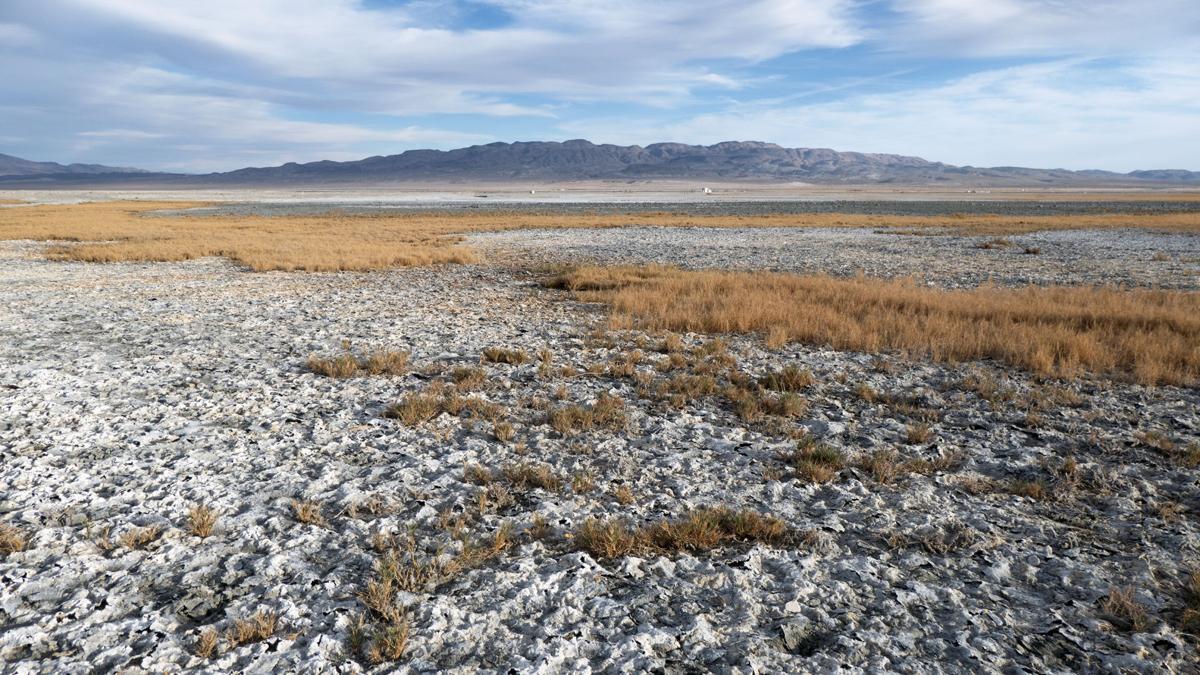 A once-lush valley has become parched to send water south to L.A. 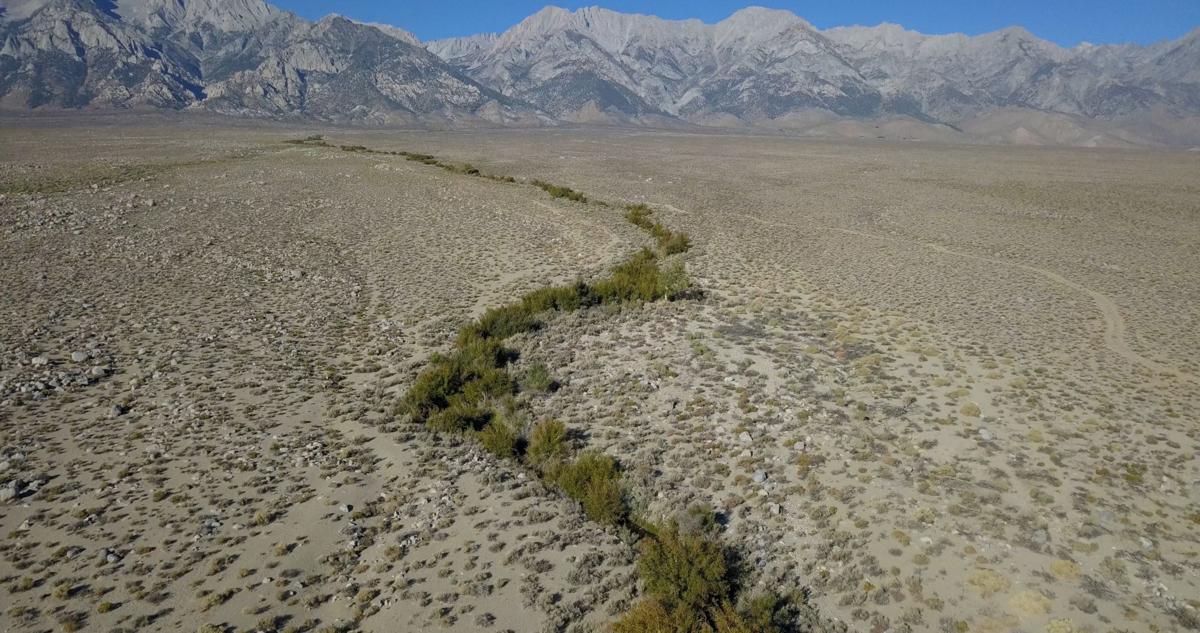 The closing weekend film, "Manzanar, Diverted: When Water Becomes Dust," brings viewers to the Payahuunadü, a valley north of Los Angeles. It's a source of water for Los Angeles, and the site of traditional Indigenous land and a concentration camp where Japanese-Americans were incarcerated by the U.S. government during World War II.

Director Ann Kaneko’s film, “Manzanar, Diverted,” takes viewers to a valley north of Los Angeles and tells its story from many vantage points. The extraction of water for the city. The forced removal of Indigenous people in the 1800s, and the forced relocation of Japanese-Americans during World War II. And a shared cause protesting the government over use of the land and water.

The completed film, five years in the making, subtitled, “When Water Becomes Dust,” and is having its world premiere as the official closing weekend centerpiece at Big Sky Documentary Film Festival (see box.)

The film is named after Manzanar, a site in the Owens Valley, where the Sierra Nevada rises on the west and the White-Inyo mountains to the east. In the film, it’s referred to as the Payahüünadü, or “land of the flowing water.” During World War II Manzanar was built by the U.S. government to incarcerate thousands of Japanese Americans.

The film revisits the history of the valley through multiple points of view — covering 150 years in 85 minutes, in a way that’ll you have to see yourself, with panoramic shots of the mountains and desert basin, historical and contemporary footage, and a non-chronological storytelling scheme that cuts between the past to the present.

Kaneko has a background in still photography and installation work, and she loves sound and sound design. Often, quiet scenes of the valley are accompanied by recordings or dialogue.

“My entry point would really be the visuals, which I think are strong … there’s this immersive quality to sound that can transport you through time and space, and I always had that vision that I would try to use that in the film between these different experiences,” she said.

Kaneko said she was initially reluctant to make a film on the subject of Japanese American concentration camps, since there have been so many “amazing films” made already. After she directed a short film, “A Flicker in Eternity,” about a young man who was incarcerated at Heart Mountain, she was invited to look at Manzanar. She attended one of the pilgrimage visits and researched the area. She saw a connection between the forced removal of Indigenous people and the forced removal to the camps and kept digging deeper.

When she learned the valley was predominantly a part of the “L.A. water story,” she was surprised. Her grandparents emigrated to L.A. and her father, and then her, were born there.

“If I didn't really understand that, then there must be a lot of other people who … don't understand that and don't understand how Los Angeles really gets its water because this whole valley was owned by the City of Los Angeles,” she said. Manzanar was chosen as a camp because it was public land, where incarcerated people would be forced to grow their own food.

After getting funding, what was intended to be a short film expanded in its breadth.

Producer Jin Loo-Kim said with all this shared history and overlapping stories, a traditional structure would be very difficult. Instead, Kaneko’s vision was a poetic, visual and spiritual quality. Loo-Kim said the way the film unfolds “resembles the water, and how things ebb and flow.”

The film moves through the history of the valley in phases, through the experiences of three communities, each of whom has a key subject or subjects. The communities’ stories are woven together, intersecting at points such as a joint opposition to a massive solar ranch project in the area and activism against the government’s plans for the valley.

Kathy Jefferson Bancroft, a historic preservation officer with the Lone Pine Paiute Shoshone Tribe, is deeply involved in the valley and provides context, through its history and present. The original Indigenous inhabitants, the Nüümü (Paiute) and Newe (Shoshone), were massacred and then forced on a 200-mile march out of the valley. As the land has been drained, important sites such as Owens Lake, or “Patsiata,” once the third-largest in the state, became dry.

An important figure in the story of the camps is activist Sue Kunitomi Embrey, seen through historic photographs and interviews. When she was young, she and her family were incarcerated at Manzanar, which she called “the most traumatic experience” of her life, and one that spurred her into activism. She was a founding member the Manzanar Committee, which fought for the eventual designation as a National Historic Landmark. (The barracks were disassembled — but the once lush gardens, now dry, that incarcerated people built remain.)

Viewers also meet her granddaughter, Monica Embrey, an environmental activist who provides insights into the connections between the many issues. She also discusses how Sue suffered respiratory problems, as many did, from the dust storms in the valley caused by the now-parched landscape.

Environmental activists Nancy Masters and Mary Roper, daughters of an influential rancher and leaders of the Owens Valley Committee, provide perspective on the history of the Los Angeles Department of Water and Power, which owns most of the land in the valley (even though it’s in a different county). The history of the water extraction in the valley is told as well, which turned it into a desert. They believe that “part of the ploy” is to outlive the people who remember when it was lush.

The film is tightly focused on California, the parallels to western Montana are present, with its history of Indigenous removal and resource extraction. There’s another reason she wanted to bring the film to Missoula viewers. Her parents and grandparents were incarcerated during WWII. Her grandfather, Rintaro Kuaratomi, a leader in the Japanese American community in San Diego, was sent in Fort Missoula, likely in 1941-42, and then transferred to other camps.

She came to Missoula last year for the festival and was able to visit the fort and find him on the list of names of incarcerated people. It was a moving experience — she never had the chance to meet him. He died not long after the war, and she “feels like he must have been broken.”

Loo-Kim said they’re planning an impact campaign around the film, including raising awareness around the rise in hate crimes against Asian Americans, “especially pointed toward elders in our community.” She said it’s “a painful reminder” that these didn’t start with COVID, but are “something that has continued happening throughout history.”

They’re also drawing up an education campaign around land or water resource extraction and re-use issues.

“We really do hope that in can influence people to have a bit of a paradigm shift in terms of how they view land and water, that we need to devote more land to preservation, and we can’t just keep developing everything … that this road we have taken is not sustainable,” Kaneko said.

Making a score during COVID was a complicated undertaking as well in a particularly non-Hollywood and improvisatory fashion. Lori Goldston, a cellist-composer who appeared on Nirvana’s “Unplugged” album, took the lead. She assembled a team of musical composers who all have varying styles. Drummer Matt Chamberlain (who has credits with David Bowie), laid down tracks that were then sent to Goldston (guitar, cello) and Alexander Miranda (guitar, mbira) played on.

“They all improvise on their own in their own studios,” Kaneko said. Then composer Steve Fisk helped blend them together. Besides their music, you hear, naturally, songs from the valley.

“Manzanar, Diverted: When Water Becomes Dust,” has its world premiere at the all-virtual Big Sky Documentary Film Festival. It’s available from Feb. 26-28 at bigskyfilmfest.org. The filmmakers will participate in a live Q&A on Sunday, Feb. 28, at 6 p.m. MST.

A look at Missoula's various parklands

Small business owners in Missoula can't find enough workers and are having to scale back hours and products.

The petition has gathered over 2,000 signatures after a photo of individuals with a racist prom-ask sign circulated on social media.

University of Montana students and staff spoke about the consequences the passage of House Bill 112 will have on the community.

The deceased have been identified as Scott Orr, 53, and Paul Dennis, 38, according to a press release from the sheriff’s office. Both were residents of Missoula.

A once-lush valley has become parched to send water south to L.A.

The closing weekend film, "Manzanar, Diverted: When Water Becomes Dust," brings viewers to the Payahuunadü, a valley north of Los Angeles. It's a source of water for Los Angeles, and the site of traditional Indigenous land and a concentration camp where Japanese-Americans were incarcerated by the U.S. government during World War II.