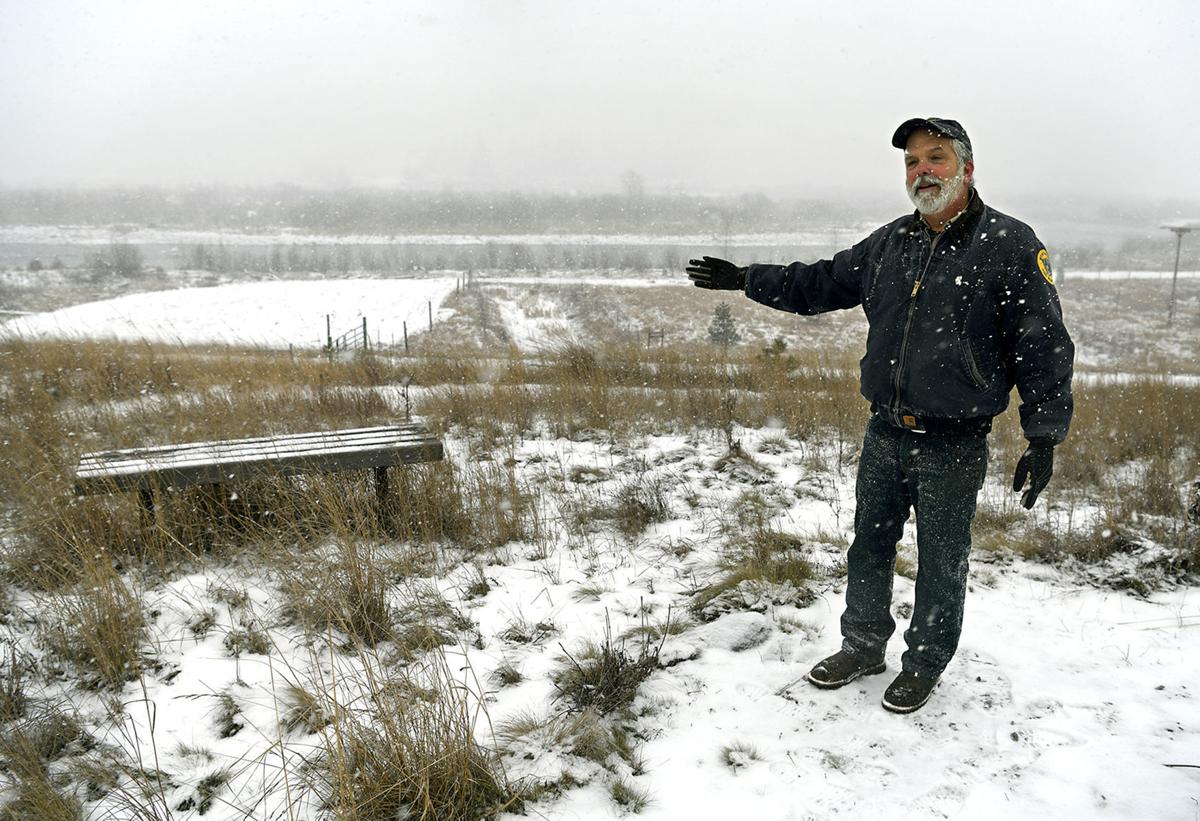 Mike Kustudia, manager of Milltown State Park, stands on the 33.5-acre parcel being donated to the park by the Bonner Development Group. The parcel sits mostly on the north side of the Clark Fork River upstream from its confluence with the Blackfoot River, and will connect with state park land along the Clark Fork. 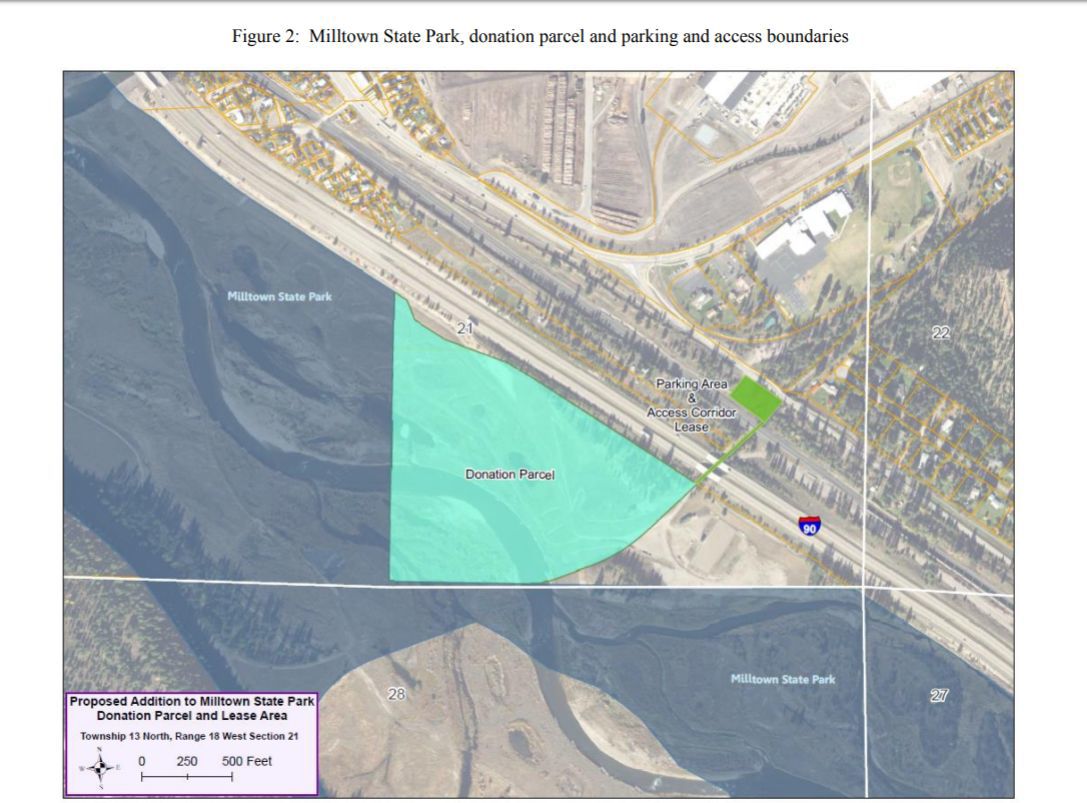 Mike Kustudia, manager of Milltown State Park, stands on the 33.5-acre parcel being donated to the park by the Bonner Development Group. The parcel sits mostly on the north side of the Clark Fork River upstream from its confluence with the Blackfoot River, and will connect with state park land along the Clark Fork.

Milltown State Park is set to grow by 33.5 acres.

That’s the size of a parcel the Montana State Parks and Recreation Board voted to accept from the Bonner Development Group Monday.

The wedge of land fits between Interstate 90 and part of Milltown’s current boundary. The Bonner Development Group had acquired it in the 1990s and allowed its use as a community park until 2006, when it was closed during the Milltown reservoir site’s Superfund cleanup. Its amenities include a picnic area, grill, vault toilet and trail network.

The area will be rehabilitated and converted into Milltown State Park, which covers the area where the Blackfoot and Clark Fork rivers come together. The park’s Confluence Area, just downstream of the new holdings, opened in June 2018, and the overlook area across the river opened in 2011. A third entrance, the Gateway area on the Blackfoot River near the county's black pedestrian bridge, recently reopened following replacement of the I-90 bridges across the Blackfoot. Public access to the area upstream of the confluence between the Clark Fork and I-90 has remained limited.

Acquiring the Bonner Development Group’s property would allow the public to park on a nearby lot owned by Montana Rail Link and BNSF Railway, then walk underneath Interstate 90 and the rail line to access the park.

“This project and donation would remove this critical inholding to allow for seamless connectivity along the Clark Fork riverfront,” said Beth Schumate, division administrator for Montana Fish, Wildlife and Parks, during Monday’s Parks board meeting, held via teleconference.

The transfer had first been suggested in 2015. An environmental assessment, finding no significant impact from the project, was completed in November 2018, and on Monday the State Parks and Recreation Board met to consider the transfer.

Asked about the potential liabilities FWP could face if more contaminants were found on the property — a century’s worth of mine waste had collected in the Milltown Reservoir before the Superfund cleanup — park management specialist Loren Flynn replied that “we’re fairly confident here that there’s no need for any future reclamation in that area.”

The board members voted unanimously to approve the transfer. FWP Land Conservation Specialist Candace Duran expects it to close by the end of the year. Providing public access to the area, however, still requires an access agreement with Montana Rail Link and BNSF Railway, and improvements to the parking lot on their property and pedestrian underpass.

The Bonner Development Group has agreed to donate $125,000 to help pay for infrastructure improvements. Flynn told the Missoulian afterward he could not provide a timeline on how long negotiating the access agreement would take, but said he hoped discussions would move quickly.

Park Manager Mike Kustudia, who has long worked to rehabilitate Milltown, is also enthused by this transfer.

“We’re just excited to bring it into the fold,” he said.

The many entrances to Milltown State Park

Two storied rivers converge at Milltown State Park, and all the world can come to see them meeting.