Olympics live: Simone Biles pulls out and other updates from Tokyo

With Simone Biles out, Russians win gymnastics gold over US 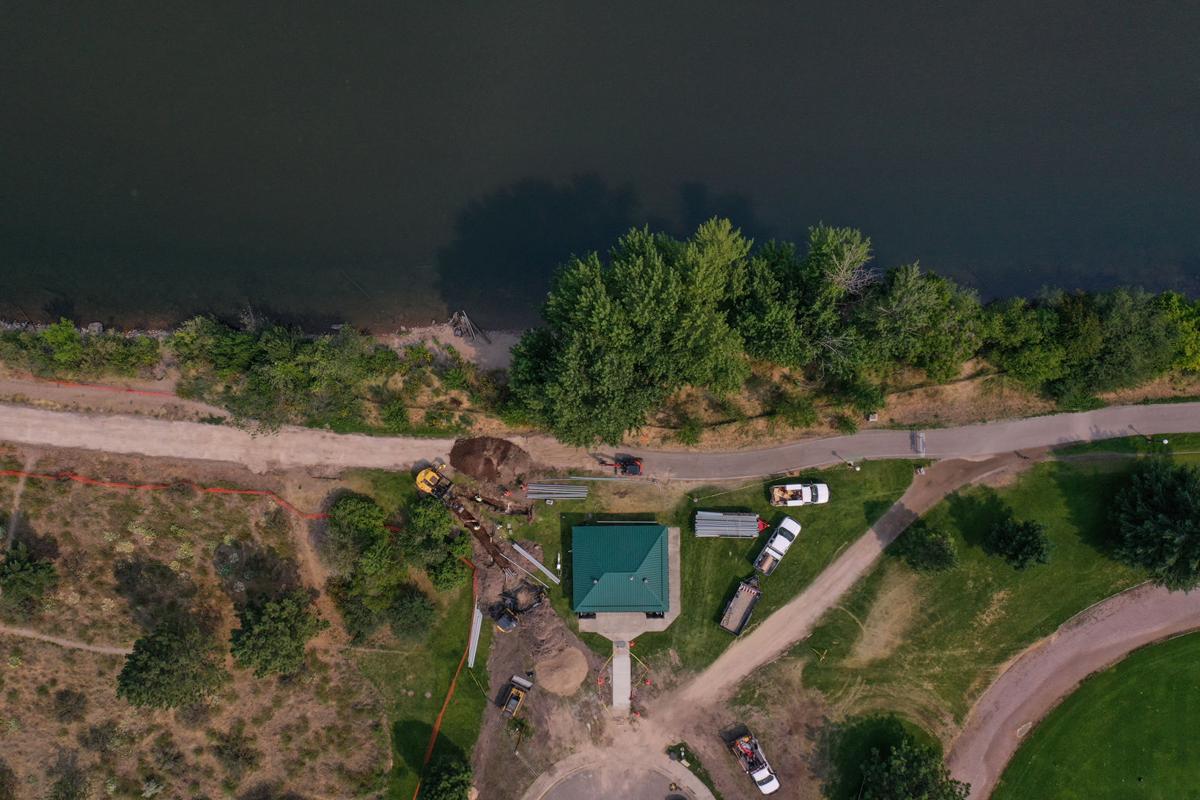 The Milwaukee Trail will be closed for the next eight weeks as crews install a wider trail over a .14 mile stretch. 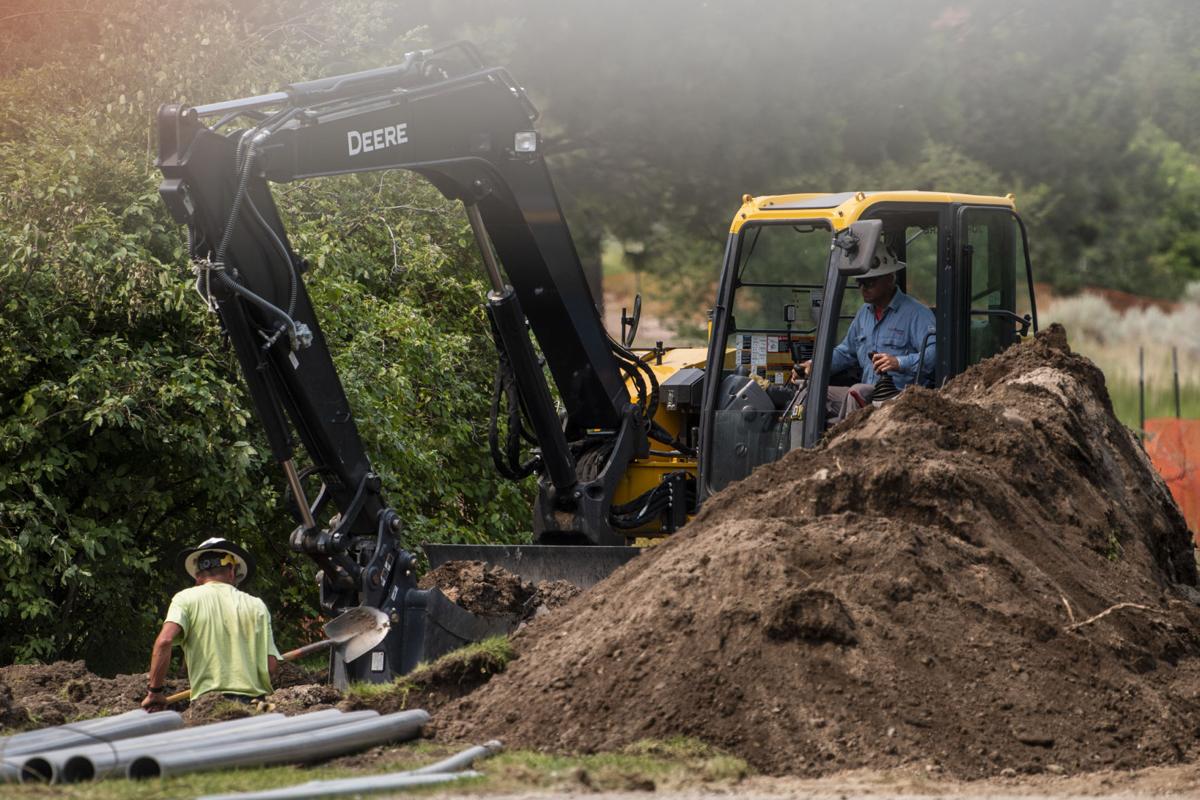 Crews dig a hole near the trail.

The Milwaukee Trail through Toole Park will be closed for the next eight weeks as a new, wider trail will be installed over a .14 mile stretch of the path.

The trail work is the result of a public-private partnership with developer and property owner Cole Bergquist of The Reed LLC, who is building a condominium project on South Fourth Street in the University District.

Approval for that project came in January 2020 after significant opposition by neighbors in the area.

In April of this year, Missoula City Council approved an easement request by the The Reed LLC to move overhead power lines along South Fourth Street and run them underground along the Milwaukee Trail.

As they are now, the power lines are too close to The Reed along South Fourth to allow for construction. Missoula got something out of the easement request too, as developers entered into an agreement with the city to pay for trail improvements.

The trail will be widened to 14 feet from its current width of 10 feet and will also have 2-foot gravel shoulders. In addition to the wider path, access points to electricity for future lighting fixtures along the trail will also be added.

"The expansion will help accommodate increased use now and in the future," the Missoula Parks Department said in a news release.

A new 10-foot disabled-accessible path will also be created from the cul-de-sac at the end of the street to the Milwaukee Trail, and an existing shade shelter along the path will be moved and reconstructed by the developer.

The Clark Fork Native Prairie will be expanded on both sides of the trail and the parks department is asking the public to stay out of the area, the release said.

The trail will be open again around Aug. 31. In the contract between The Reed and Missoula, the developers agreed to "fully restoring the parklands within 45 days of power line relocation through the park, or August 15, 2021, whichever is earliest."

The developer is paying approximately $151,500, while the city is paying $24,200, according to the release. City funds were not discussed as being part of the project in the initial contract or referral to Missoula City Council.

Initially, developers were asked to pay for the contract with the engineering services for the project as well as the construction itself.

However, the electrical service for future lighting upgrades and the ADA-accessible path were beyond the project's initial scope, a parks official said, and therefore will be paid for with city money.

A trail detour will be in effect for the entirety of the project.

Watch as an insane sandstorm engulfs a Chinese city

"Doing nothing is not an option," Missoula Mayor John Engen said Thursday.

Crews were mopping up after a wildfire broke out on Missoula's Waterworks Hill on Tuesday afternoon.

Missoula announced on Friday it has reached an agreement to lease a 156-acre portion of the Marshall Mountain property that includes an option to buy the land.

City staff will use the survey to help "shape" the budget proposals for fiscal year 2022.

Missoula will receive over $200,000 in cash-in-lieu funds from McNett Flats subdividers.

The Missoula Parks and Recreation Department is set to host an open house on a proposed Community Center at McCormick Park on Thursday.

In a few short weeks, five mustangs and trainers from Montana Reins of Hope will participate in an event in Oklahoma City called Extreme Horse Makeover.

Missoula is going to begin growing its own trees for a variety of projects. In three to five years, some Missoulians may even get a tree of their own, while others will go to parks and greenspaces.

One case of the Delta variant has been detected in Missoula, but officials cautioned that this is likely an undercount.

At Wednesday's Budget Committee of the Whole, the Missoula Police Department made its additional funding requests to Missoula City Council, asking for $1.7 million in total.

The Milwaukee Trail will be closed for the next eight weeks as crews install a wider trail over a .14 mile stretch.

Crews dig a hole near the trail. 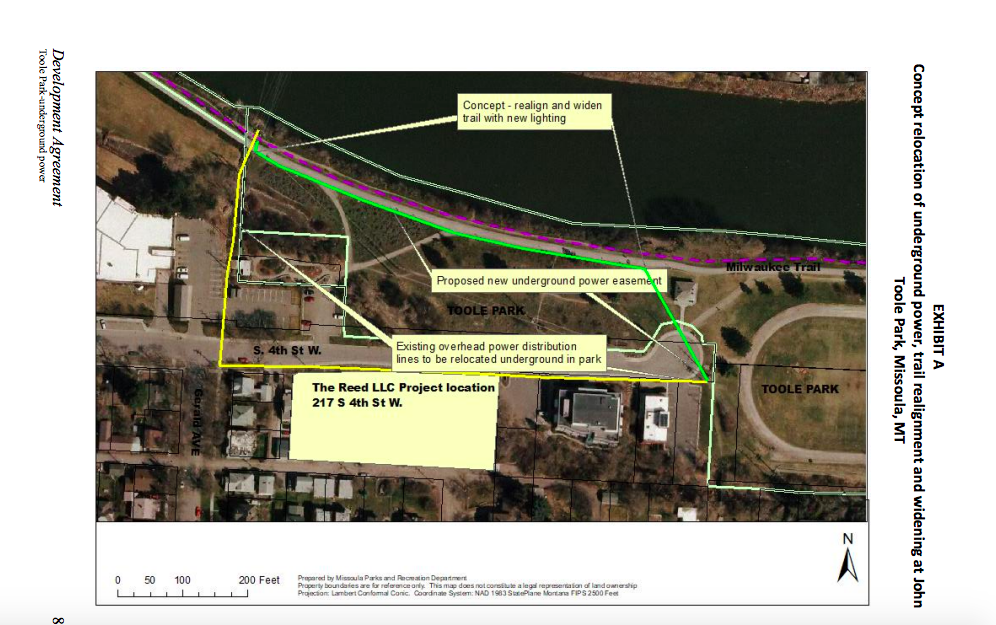 The new power lines will go along the Milwaukee Trail.