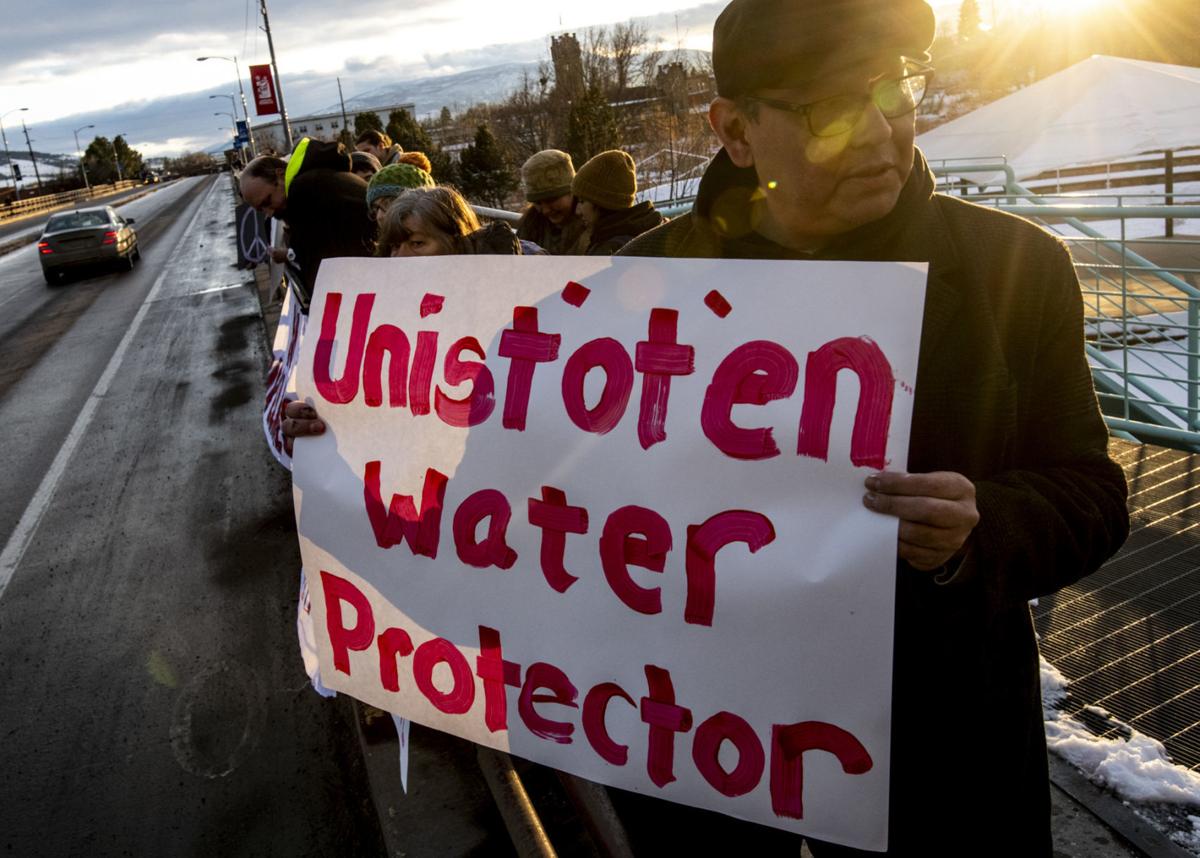 Joseph Grady, a student and DiverseU coordinator at the University of Montana, stands alongside fellow protesters on the Higgins Avenue bridge on Monday. Students and activists were standing in solidarity with Wet'suwet'en Nation's fight to protect their land from a pipeline being built in British Columbia. 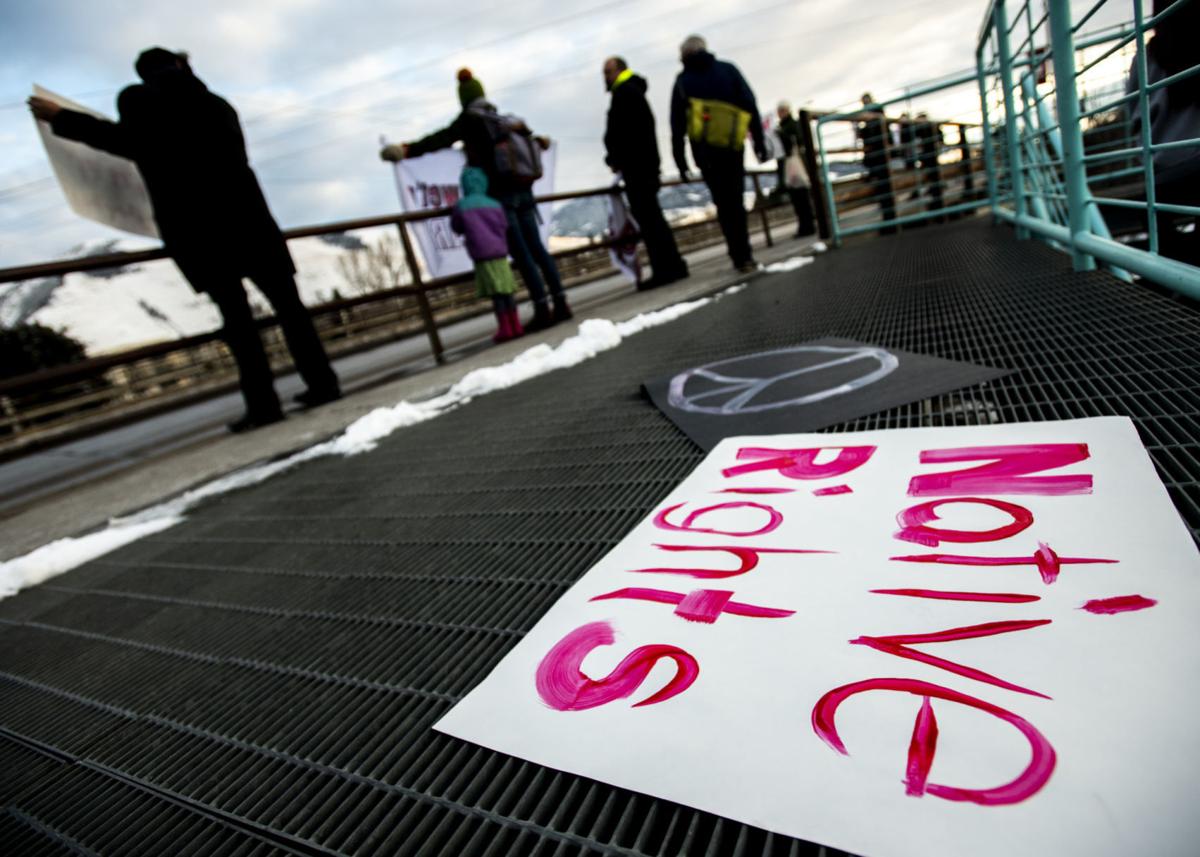 Those who attended reiterated their role as staging a non-disruptive demonstration in the community in support of those in the Unist'ot'en camp.

Marcos Lopez and Mariah Omeasoo joined about 20 demonstrators on the Higgins Avenue bridge Monday who cried foul at a natural gas pipeline under construction in British Columbia.

He and other demonstrators allege that’s what’s happening with the Coastal GasLink pipeline now under construction in British Columbia. If completed, the pipeline would run 416 miles across the province, linking an existing network of gas lines in the east to an export facility near the town of Kitimat on the western coast. The project has the support of several First Nations band councils, a type of governing body in Canada, in the area.

But the Wet’suwet’en hereditary chiefs oppose it. Members of that First Nation have maintained a presence on the forest road that runs into their territory, as a means to block access to pipeline routes, since 2009.

On Dec. 31 of last year, a Canadian judge issued an injunction ordering the Wet’suwet’en to clear the road so that GasLink construction could proceed. The Royal Canadian Mounted Police have since been enforcing the order and arresting demonstrators. Protests against the pipeline, meanwhile, have since spread across Canada and, on Monday, to Missoula.

“It’s an international call for solidarity” from the Wet’suwet’en, explained UM’s DiverseU student coordinator Joseph Grady, one of the demonstration’s organizers.

Anti-GasLink demonstrators in Canada have disrupted ports and rail traffic in recent days, but Missoula’s activists kept themselves to the railing on the west side of the bridge, leaving enough space for pedestrians to pass. As motorists honked in support, Grady said that “we want to make sure here locally, that we’re more exhibiting solidarity than getting in the way.”

UM students have shown solidarity with other Indigenous causes in recent years. They demonstrated against a proposed astronomical observatory in Hawaii this past summer, and Lopez, now president of the Kyiyo Native American Student Association, joined the 2016 protests against the Dakota Access pipeline in South Dakota.

“I think it’s certainly more on people’s radar now,” he said. “There is some more support for Indigenous rights.”

“It doesn’t just happen in Canada, it happens in the US,” said Omeasoo, a member of the Blackfeet tribe and Kyiyo’s vice president. “It’s a big issue that Indigenous people face.”

The University of Montana’s Diversity Advisory Council has formally recommended that a swastika-like tile arrangement be removed from Corbin Hall.

A month and a half ago, Brad Hall began his new job as the University of Montana’s tribal outreach specialist.

For advising Native students, 'a Native lens is really important'

'Montana’s so beautiful, let’s not ruin it': Missoulians demand action on climate change

Joseph Grady, a student and DiverseU coordinator at the University of Montana, stands alongside fellow protesters on the Higgins Avenue bridge on Monday. Students and activists were standing in solidarity with Wet'suwet'en Nation's fight to protect their land from a pipeline being built in British Columbia.

Those who attended reiterated their role as staging a non-disruptive demonstration in the community in support of those in the Unist'ot'en camp.