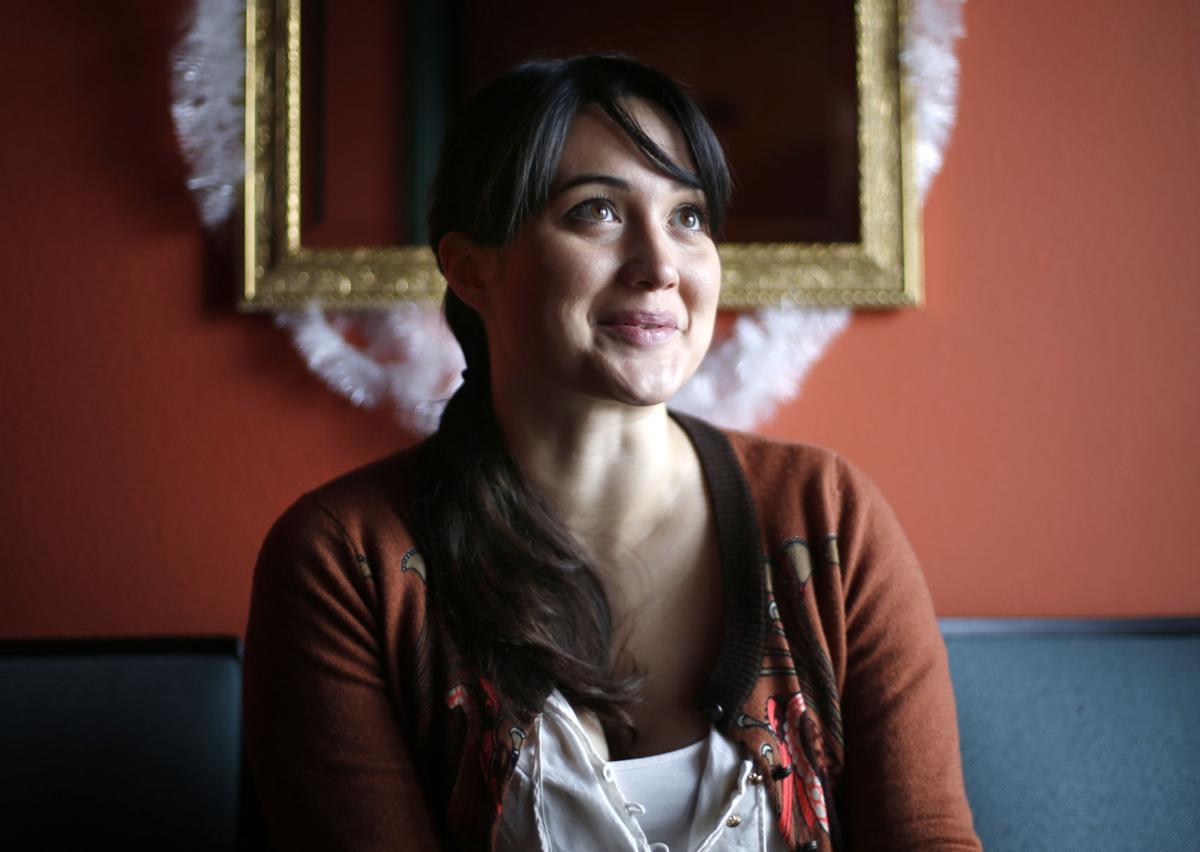 Actress Lily Gladstone, who plays the part of a ranch hand in the new film “Certain Women,” poses for a portrait in the Roxy Theater earlier this week. The movie premieres at the Sundance Film Festival in January. 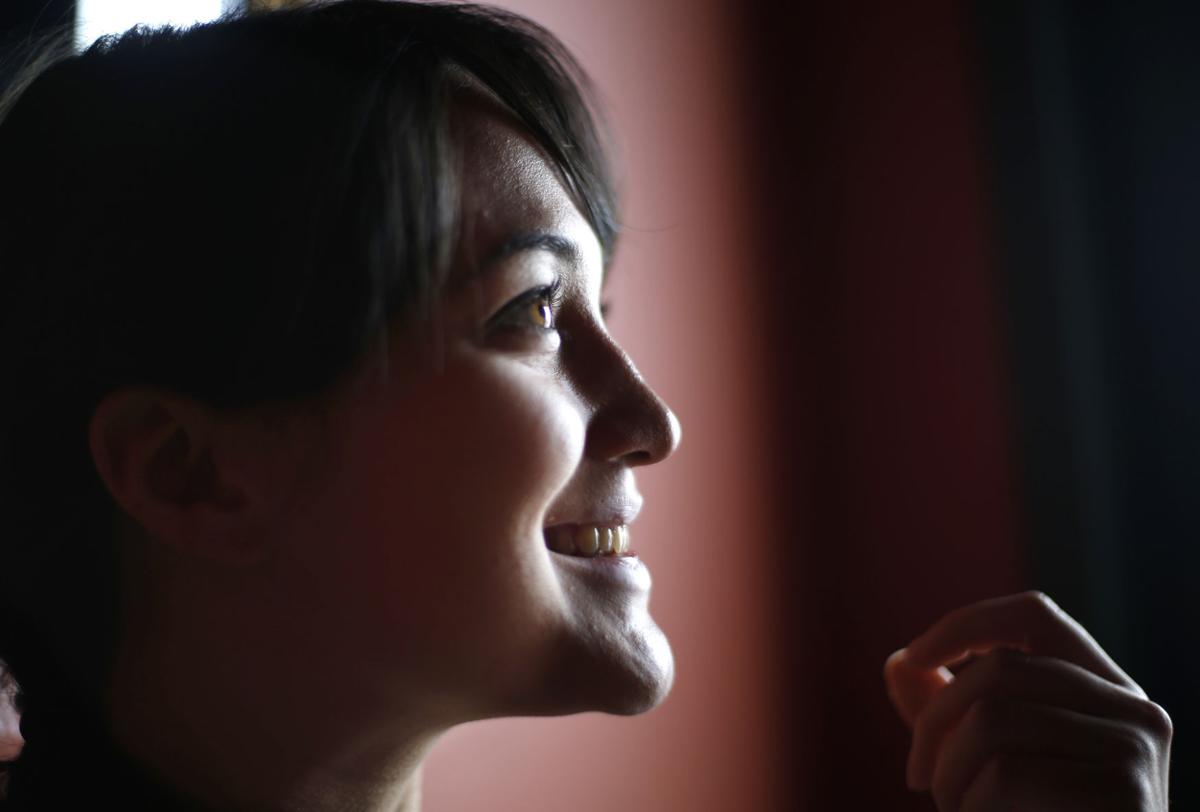 "It's going to be an opportunity to display my work for some of my favorite directors in the world to see," Gladstone says of the festival.

Last January, Lily Gladstone stayed by herself for two weeks at a friend's ranch some 40 minutes outside of Missoula.

She was snowed in and contemplating what she wanted to pursue in her acting career. The actress, Blackfeet raised in Montana and Seattle, had earned touring theater credits, film credits, an equity card and solid reviews.

She shoveled a lot. She basically did ranch work.

"I was questioning whether I wanted to do acting anymore," she said.

She wondered if she should move to Austin, Texas, or Los Angeles to pursue more work.

"I got to that point where I basically surrendered wanting an acting career, wanting to be anything. I was totally at the epicenter of my own uncertainty," she said.

About a month later, Gladstone was still doing ranch work, but the framing device had changed. She was in Clyde Park outside Livingston during two cold and snowy weeks in an otherwise mild year. There was a flimsy ranch house with no insulation.

It was temporary, though – a set built for the independent film "Certain Women," in which Gladstone was acting opposite Kristen Stewart, who's taken a turn toward art-house fare in the years since "Twilight" made her famous.

Gladstone was selected for the part of Jamie, a reclusive young woman who falls into the orbit of Stewart, a recent law school graduate undergoing a crisis of her own. In addition to Stewart, the leads are an acclaimed group: Laura Dern and Michelle Williams, forming a Robert Altman-like ensemble drama of everyday adults quietly consumed with crises.

Director Kelly Reichardt's film will premiere at the Sundance Film Festival next month. It's the first Montana feature tapped as an official Sundance selection since Travis Wilkerson's "Who Killed Cock Robin?" in 2005 and Alex and Andrew Smith's "The Slaughter Rule" in 2002, according to the Montana Film Office.

Gladstone said it's an ensemble-drama, three-act structure, with four leads who don't necessarily interact with one another.

Dern plays an attorney named Laura Wells, whose client is unsatisfied with a workers' compensation settlement and takes a handful of people hostage at the courthouse, a situation Laura must help diffuse.

Williams, a native of Kalispell, plays Gina Lewis, a woman whose marriage is falling apart. She and her husband become involved with an elderly man who has a stockpile of sandstone on his property.

Stewart and Gladstone's story comprises the third act. Jamie lives and works alone as a ranch hand, caring for someone else's animals.

Gladstone said she's a young woman "in the throes of her first existential crisis." She's "very highly strung, somebody who wants to prove that she's invincible but gets broken pretty frequently because of it."

She meets Beth, a recent law school grad who's teaching an adult education class in town, despite the long commute it requires.

"To Jamie she seems like this lawyer, this myth of a person, someone you meet and immediately put on a pedestal," Gladstone said.

They soon find they have more in common than they realize.

"It feels like one of those points in all of our lives where we're searching for something, and something comes and feels exactly like what we needed," she said.

Gladstone said Stewart is level-headed and a hard worker, and Reichardt is an actor's director – she gives the performers the first take and offers advice about scaling back or burying an emotion.

"She said at one point, 'You get one moment in this story. And it's not this one,' " Gladstone said.

The movie was shot mostly in the Livingston area on 16-millimeter film with the help of a grant from the Montana Film Office.

"There were a few times when the lens would frost and we couldn't use the shot," she said.

The University of Montana theater graduate will travel to Utah for the festival, scheduled for Jan. 21-31. She'll help represent the film as well as network.

"It's going to be an opportunity to display my work for some of my favorite directors in the world to see," Gladstone said.

Gladstone also wants to network with the festival's Native Lab fellows – she's spent the past 10 years working in theater for social change projects, including programs for at-risk Native youth.

Betty's Divine clothing boutique and Bikram Yoga have sponsored her to help her get ready for red-carpet moments with the other cast members.

Gladstone grew up between Browning and East Glacier on the Blackfeet Indian Reservation, and her family moved to Seattle when she was 11. She began acting at an early age, and returned to study theater at the University of Montana.

She toured with the Montana Repertory Theatre's production of "The Miracle Worker" and scored a part in the independent, Montana-made adaptation "Winter in the Blood." After the shoot, she helped bring screenings of the film to reservations across the state.

"Certain Women" is her largest role yet, and she plans to take advantage of the momentum it will provide. After the festival, she plans on going to Los Angeles for the pilot season.

She has friends who live there just to get a shot at roles like "Certain Women."

"People move to L.A. to have shots and opportunities at things like this. It doesn't happen that you get that call out of the middle of nowhere that there's this role that we want you to submit for and then you get it and it's a role opposite movie stars," she said.

"James White" opens with its title character drifting restlessly through a club, his ear buds pulsing music, sweat on his brow. The camera, as…

It is a special treat when a drama takes you beyond passive observer to feeling like you've made the journey.

PARK CITY, Utah — Kelly Reichardt and James Schamus are stalwarts of the independent world, and both debuted excellent films Sunday at the Sun…

Positive reviews for "Certain Women," the first Montana feature at the Sundance Film Festival in just over a decade, are rolling in.

NEW YORK – Over the course of half a dozen films, director Kelly Reichardt has earned a reputation as a fiendishly stubborn artist. She has sh…

A film with “Montana” written all over it – well, except in its title – will make its world premiere at the prestigious Sundance Film Festival…

Organizers see the inaugural Montana Film Festival as an intimate, boutique festival that celebrates work with an independent streak.

Missoula and Kalispell residents won five of the 2015 Artist's Innovation Awards from the Montana Arts Council, which honor artists for their …

For the 22nd time, Missoulians will come together at the end of the year as part of the community-wide First Night celebration.

Greg Johnson, the Montana Repertory Theatre's artistic director of 25 years, is off on a six-month sabbatical.

"Love Causes Cancer," a new play "about a group of friends working out their issues over a game of 'Dungeons & Dragons' " will get a stage…

One has recorded an album with living jazz legend Gary Peacock on bass. The other played bass on Bob Dylan's classic "Blood the on the Tracks."

Savagery and virtuosity mingle in 'The Revenant'

Actress Lily Gladstone, who plays the part of a ranch hand in the new film “Certain Women,” poses for a portrait in the Roxy Theater earlier this week. The movie premieres at the Sundance Film Festival in January.

"It's going to be an opportunity to display my work for some of my favorite directors in the world to see," Gladstone says of the festival.