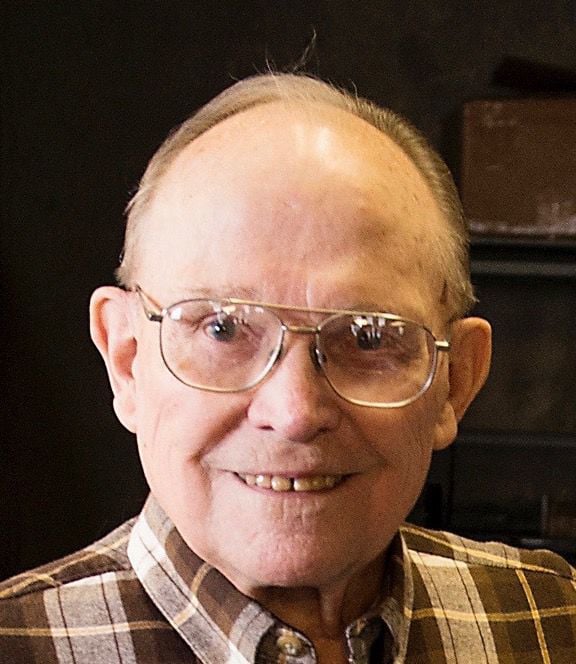 MISSOULA — With his loving family by his side, Victor Neil Hangas passed away peacefully at St. Patrick hospital on Nov. 30, 2019.

Vic was the first of seven children born to Jack and Emma Hangas on May 30, 1937 in Lewistown. Weighing only four pounds at birth, it was necessary for Vic to develop toughness and stubbornness to survive his early years. He would carry those traits throughout life and, for the most part, they would serve him well.

As a youngster, Vic would spend a lot of time at his grandparents down the Bitterroot Valley in the Sleeping Child area. It was there he developed a love of Montana, the outdoors and especially fishing that he would later pass down to his sons.

While attending Missoula County High School, with the help of his art teacher, Walter Hook, Vic’s natural artistic talents began to shine. Vic’s artwork was featured throughout the yearbook during his junior year and he later became an accomplished artist. After graduating from high school in 1955, Vic completed basic training from the Army in Fort Ord, California and remained enlisted in the Army Reserves for another seven years.

During high school Vic met and start dating Ilona Ruana. Their relationship evolved and they married on Aug. 4, 1956; both at the tender age of 19. They raised three sons: Mark, Matt & Mike. While their marriage had challenges, like all do, it lasted over 63 years and was a great example of true love.

Following in his father Jack’s footsteps, Vic started a successful stint with Mountain States Telephone and Telegraph Company. He had the opportunity to advance within the company’s ranks but that would have involved a move to Denver, Colorado. Vic’s love for home was too great so he decided to stay in Montana.

During this time Vic’s father-in-law, Rudy Ruana, was running a successful knife making business by himself; Ruana Knife Works. With Vic’s artistic background and loving to work with his hands, he approached Rudy about possibly working with him. Rudy agreed to let Vic start an apprenticeship on a trial basis in 1964. An agreement was made; if Rudy didn’t like Vic’s work after one year, he would be let go. Rudy originally planned on keeping his business going until retirement age in 1968. That plan changed with Rudy’s approval of Vic’s work and they worked side by side together for 20 years.  Vic’s son Mark joined them in 1976. Rudy retired at the end of 1983 and sold the business to Vic and Ilona. In 1984 sons Matt and Mike joined the business. Vic worked at the shop with Mark and Mike through 2017 and remained a valuable consultant until his final days. Similar to Rudy, Vic was humble, never sought fanfare and let his knives speak for themselves. While his value to the business went mostly unsung, Vic’s work ethic combined with artistic talents would create functional and beautiful Ruana Knives that are cherished by many throughout Montana and around the world.

During Vic’s spare time, he took up the game of golf in his forties. He especially enjoyed golfing with his mom, dad, wife, sons and other family members and became a solid player even making a hole-in-one on the 5th hole at the UM golf course. His son, Mike, was able to witness that feat and Vic’s hidden talent of dancing was revealed on the tee box that day after his memorable shot.

While Vic definitely loved to golf, he found most solace in the outdoors hunting deer, elk or birds and even more so fishing. His love of fishing took many forms; from being on his favorite lake or stream, to tying beautiful flies, teaching others to fish, and fish paintings. Vic would end every fishing outing with “Just one more cast”. Some days that was repeated up to a dozen times or better, depending on how long it took him to catch that last fish. Vic’s health problems during his later years prevented him from fishing but he continued to create flies he gave to friends and loved to tell fish stories the family will carry with them forever. On Vic’s second to last day on earth, when asked if he had anything to say to his family, his response was “Fly fish more!”

Vic was very proud of his family and Finnish heritage. A great joy, later in life was spending time with his cousins Pentti and Jussi who came from Finland to America for the first time to visit family. An even greater joy was time spent with his grandkids: Maia, Kate and Jack who added an extra-large grin and twinkle in his eyes.

Vic’s attire was usually geared towards something he had a passion for such as the Montana Grizzlies, hunting, fishing or golf. To honor Vic, if you happen to attend his memorial service, feel free to wear something similar or whatever you’re comfortable with - that’s what he would want.

Vic made the world a better place by being in it, in so many ways. His spirit will remain, he will always be loved, and never forgotten by family and friends.

A memorial service honoring Vic’s life will be held on Wednesday, Dec. 11 at 3 p.m. at the Garden City Funeral home.

MISSOULA — William A. “Bill” Morey, 74, of Missoula, died Thursday, Dec. 5 at the Community Medical Center. Arrangements are pending and will be announced. Condolences for the family may be left at cremationburialsocietyoftherockies.com

POLSON — Donna Marie Rowold, age 66, died on Thursday, Dec. 5 at her residence. Memorial services for Donna are pending. Arrangements are under the direction of The Lake Funeral Home and Crematory.

HAMILTON — Judith A. Bisom, 78, of Hamilton died Wednesday, Dec. 4 at her home of natural causes. Arrangements are under the care of the Daly-Leach Chapel.

BONNER — Merle E. Clizbe, 82, of Bonner, died at his home on Thursday, Dec. 5. Arrangements are pending and will be announced. Condolences for the family may be left at cremationburialsocietyoftherockies.com 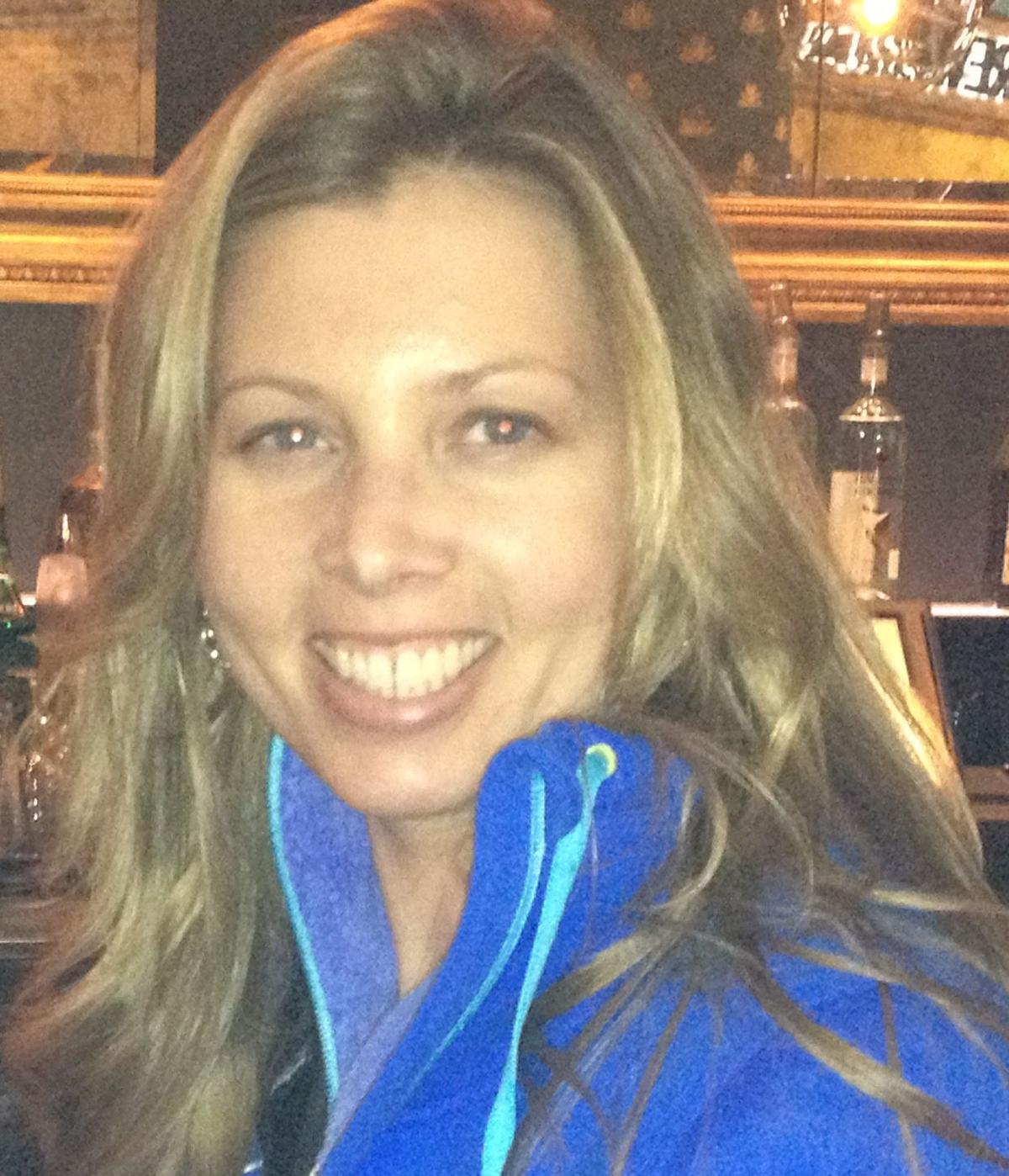 MISSOULA — Jamie Lee Cooney was born on Feb. 8, 1978 to Cherie and Ted Cooney. She went home on Nov. 24, 2019 after an extremely valiant battle against lung cancer. She braved the storm that came her way with her brilliant smile and courageous attitude. Never giving up…not even at the end. She fought her battle with faith, courage and love. Surrounded by her family, she entered the Kingdom of Heaven.

After her father passed away, and when she turned 18, she was adopted by Denny Fifield. After a marriage or two, she was known as Jamie Lee Cooney Fifield Johnson Skalsky.

She has two amazing boys TJ and Caleb, whom she adored to the moon and back. Those boys were her life. She will be watching them from up above and be their guiding light.

In 2010, she married Tim Skalsky and with his three boys, they became a family of seven. Oh, the adventures they had. Jamie loved camping at Lake Alva and huckleberry picking. There was nothing she loved more than breathing the fresh Montana air. She was always up for an adventure and loved to travel. She was a fabulous baker, amazing cook. She loved to make apple butter and chokecherry syrup with her mom. We will miss her endless laugh and amazing smile.

She attended Meadow Hill Middle School and was a graduate of Sentinel High School and Northwestern Bible College where she earned a degree in History and a Teaching Degree at the University of Montana.

In 2013, she achieved her dream of a lifetime by teaching 5th grade at Lewis & Clark Elementary in a district she loved so much. During her first two years of her cancer battle, just like the warrior she was, she continued teaching. Teaching was her passion and it was with great sadness that she was unable to continue the journey she loved. She leaves behind many amazing students, friends and teachers at Lewis & Clark. She loved that school and the people in it.

She is survived by her faithful companion Tim and their children, Issac, Ethan, Landon, TJ and Caleb, Her mother and father Denny & Cherie Fifield. Her favorite younger sister Michelle, her sister Katie, and stepbrothers Chris and Josh.

She is also survived by her nieces and nephews whom she completely adored, Cole, Talan, Griffin, Austin, Ally, Rilyn and Koen.

We love you sweet girl…..to the moon and back.

A heartfelt thank you to Dr. Federico and the fabulous nurses in the ICU and oncology unit at Kalispell Regional Medical Center. Thank you for trying to save our sweet Jamie.

Jamie loved each and every person that crossed her path these last three years.  Thank you to all who made her journey a little brighter.

Donations can be made to Jamie’s Army at Parkside Credit Union in Missoula for the continued care of TJ & Caleb.

Please join us as we send her home Dec. 8, at 3 p.m. at Missoula Alliance Church with reception to follow.

Come As You Are.

GREAT FALLS — Richard E "Dick" Wolverton, 80, died in the afternoon, Wednesday, Dec. 4, at the St. Patrick Hospital in Missoula. Brothers Mortuary and Crematory are honored to care for the family. Memories and condolences may be shared with the family at brothersmortuary.com.

MISSOULA — Margaret Jones, 92, of Missoula died peacefully at home on Dec. 5. Arrangements are under the care of Garden City Funeral Home. 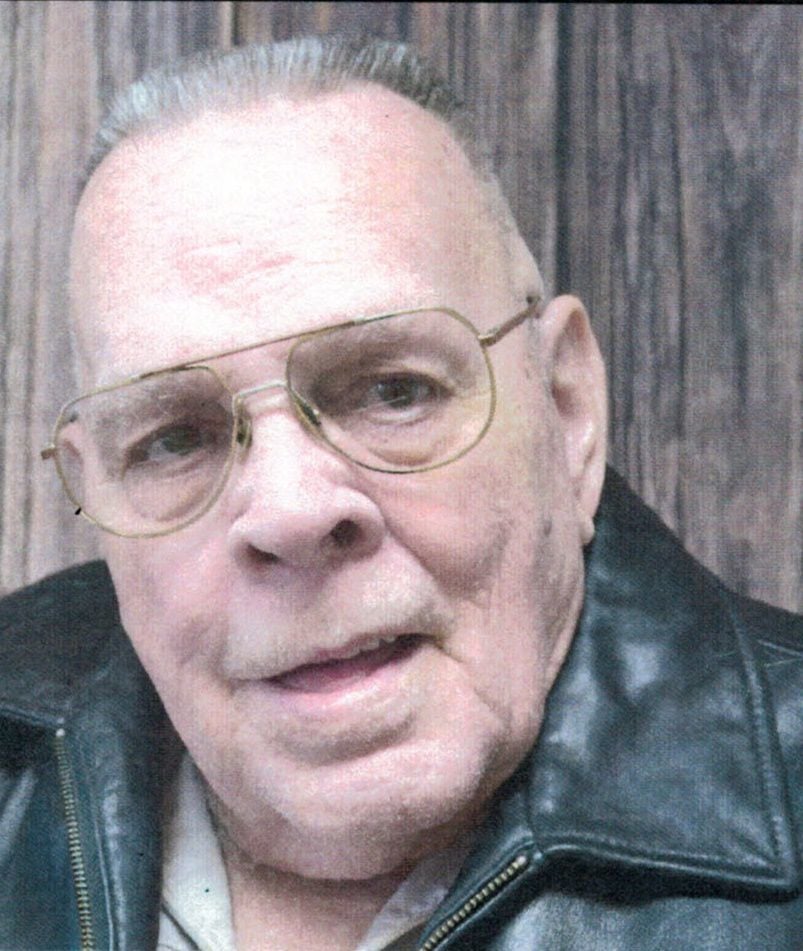 He is survived by his children Jasmine, Terri, Sue, and John.