MISSOULA — Beverly Janet Himber, 86, of Missoula died at home on Dec. 12. A full obituary will follow and services will be announced. Arrangements are under the care of Garden City Funeral Home.

MISSOULA —  Allen J. Fetscher, age 74, of Missoula, died on Wednesday, Dec. 11 at St. Patrick Hospital in Missoula. Memorial services are planned later in the summer of 2020 with a full obituary to follow. Cremation and arrangements are under the care of Garden City Funeral Home and Crematory.

LOLO —  Pauline Jean Rompel, 88, of Lolo died on Dec 11 at her residence. Arrangements are under the care of Garden City Funeral Home. 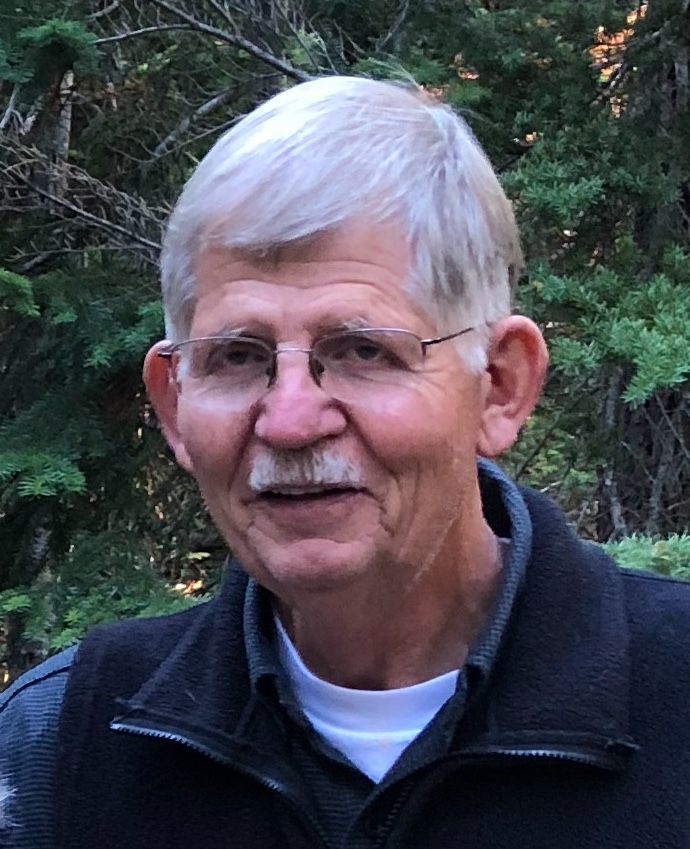 MISSOULA — Surrounded by his family, Richard Carlson, age 72 of Plains passed away from brain hemorrhage brought on by Acute Leukemia on Dec. 10 at St. Patricks Hospital in Missoula.

Richard was born March 15, 1947 in St. Anthony, Idaho to Helge and Mary (Baumgartner) Carlson. He grew up in Coeur d’Alene, Idaho; where he enjoyed learning how to hunt and fish in the forests of the Idaho Panhandle. Richard was a brilliant naturalist (our ‘google’ before it was a thing) and graduated with a degree in Zoology from the University of Idaho. It was there that he met and married the love of his life, Ruth Ann (Brood) Carlson. They started a life in Nordman, Idaho; where he worked seasonally as the crew boss for the Kaniksu Hot Shots for the U.S Forest Service. They moved to Troy, Montana in 1977 and continued his career in fire. In 1980 he took a job on the Lolo National Forest for the Plains/Thompson Falls Ranger District as an Assistant Fire Management Officer fuels specialist, where he devoted 24 years until his retirement as the Fire Management Officer in 2004. He was a well-respected fire behavior analyst on Type 1 and Type 2 Incident Management Teams. This job took him throughout the United States on fire assignments. Throughout his career he mentored and trained countless firefighters in all aspects of wildland and prescribed fire. He loved the comradery of being on a team and working in the outdoors. If you knew Rick, you know that he was a wonderful storyteller, and always smiling, thinking of the next funny anecdote to relay. His greatest joys were camping and fishing with Ruth Ann, spending time with his children and grandchildren, making breakfast for loved ones, and ice fishing with his friends.

Preceded in death by his parents; Helge and Mary Carlson. Richard is survived by his sweetheart and wife of 50 years, Ruth Ann (Brood) Carlson; daughter, Allisa; son, Alan and his wife, Joanna; son Patrick and his wife, Amber; five grandchildren, Cadance, Ryker, Kevin, Grant, and Jax Carlson; and his sister Cindy Carlson.

Funeral services will be held at 11 a.m., Saturday, Dec. 14, 2019, at St. James Catholic Church in Plains. Burial will be in the Plains Cemetery. A reception will follow at the VFW. If desired, please make memorial contributions to The Plains Community Swimming Pool fund raiser. Send to: Committee For Safe Swimming, PO Box 1546, Plains, Montana, 59859.

MISSOULA — Olga Silva, 74, of Missoula, died on Monday, Dec. 9 at St. Patrick Hospital. Cremation is under the care of Cremation Burial Society of the Rockies.

MISSOULA — Doris E. Boehmler, 91, died on Monday, Dec. 9 at Rosetta Assisted Living. As per Doris’s wishes, her remains will be cremated.  Memories and condolences may be sent to the family at: Boehmler Family, 5100 Goodan Ln. Missoula, MT  59808. A full obituary will follow.

CORVALLIS — Michael L. Jorgensen, 79, of Corvallis died Tuesday, Dec. 10 at his home. Arrangements are under the care of the Daly-Leach Chapel.

Norman Victor Bohrnsen was born Oct. 3, 1927, in Philipsburg to Henry and Ruth Bohrnsen. The family lived at the sapphire mines on the West Fork of Rock Creek where Henry was the foreman for the American Gem Mining Co. and Ruth was the cook. In 1936, the family moved to Willow Creek. Norman only obtained an eighth grade education, but he was a lifelong learner and reader, especially enjoying books about history, ranching and the old west.

As a young man, Norman and his brother Edward were rodeo cowboys, participating in the very first ever Drummond Rodeo. Later, they were both Grand Marshalls in Drummond and in 2018, Norman was the Grand Marshall in Philipsburg.

Norman met his wife of over 60 years, Coreene, when the musical group she toured with stopped in Philipsburg. He followed her all the way back to Jackson, Mississippi and courted her. Coreene and Norman married on June 3, 1949. Originally, they had planned to go to Alaska, but instead they started their married life in a one-room schoolhouse on Willow Creek. Norman worked for the county road department and helped his parents on the ranch. Soon after, they decided to take on the ride of their life, buying their ranch on Rock Creek. Together with Norman’s brother Edward, they built a successful business, known today as Bohrnsen Ranch, INC. Norman and Coreene adopted Martha Louise in 1958, and completed their family when they adopted Geoffrey Cabot in 1962.

Norman made many, many friends over the years especially within the ranching community. Neighbor ranchers, ranch hands, hay crews, community members, hunters and fishermen all knew him as a friendly man who led a simple life. He was never one to raise his voice, a respected, hardworking pioneer of his time and one of the best grandfathers/great-grandfathers around. Many people have fond memories of Norman and the ranch, the hay crews and the meals that Coreene would fix for everyone. The 4th of July was a treasured time, shared with friends and family for many years on the ranch. Norman would cut down the trees and construct a bonfire followed by a cookout, fireworks, and storytelling. His God was the outdoors and his ranch. Norman lived the life that he loved, ranching his land for seventy years.

As strong and tough as Norman was, the last several years he required more help to keep his dream of ranching alive. Geoff and Lisa live on the ranch and have always assisted Norman with many ranch needs. Norman’s daughter Martha moved to the ranch from Spokane in 2008 to assist with caring for Coreene in her final years and stayed to help Norman after her passing in 2011. His grandson Eric also comes from Spokane every spring to work through the summer and has been a blessing to Norman in his final years of ranching. Many friends and family have graciously given their time and talents to Norman and the ranch over the years.

Cremation arrangements are under the care of Longfellow Finnegan Riddle Funeral Homes. Norman’s ashes will be placed in a handcrafted urn, specially made by friend Gary Kamps. A private service will be held at a later date, details to be determined. For those wishing to make a donation, the family suggests the Philipsburg Area Educational Foundation, the Philipsburg Library, or the Butte Compassus Hospice.

Longfellow Finnegan Riddle Funeral & Cremation Service is entrusted with Norman’s funeral arrangements. You may pay your condolences at longfellowfinneganriddle.com. 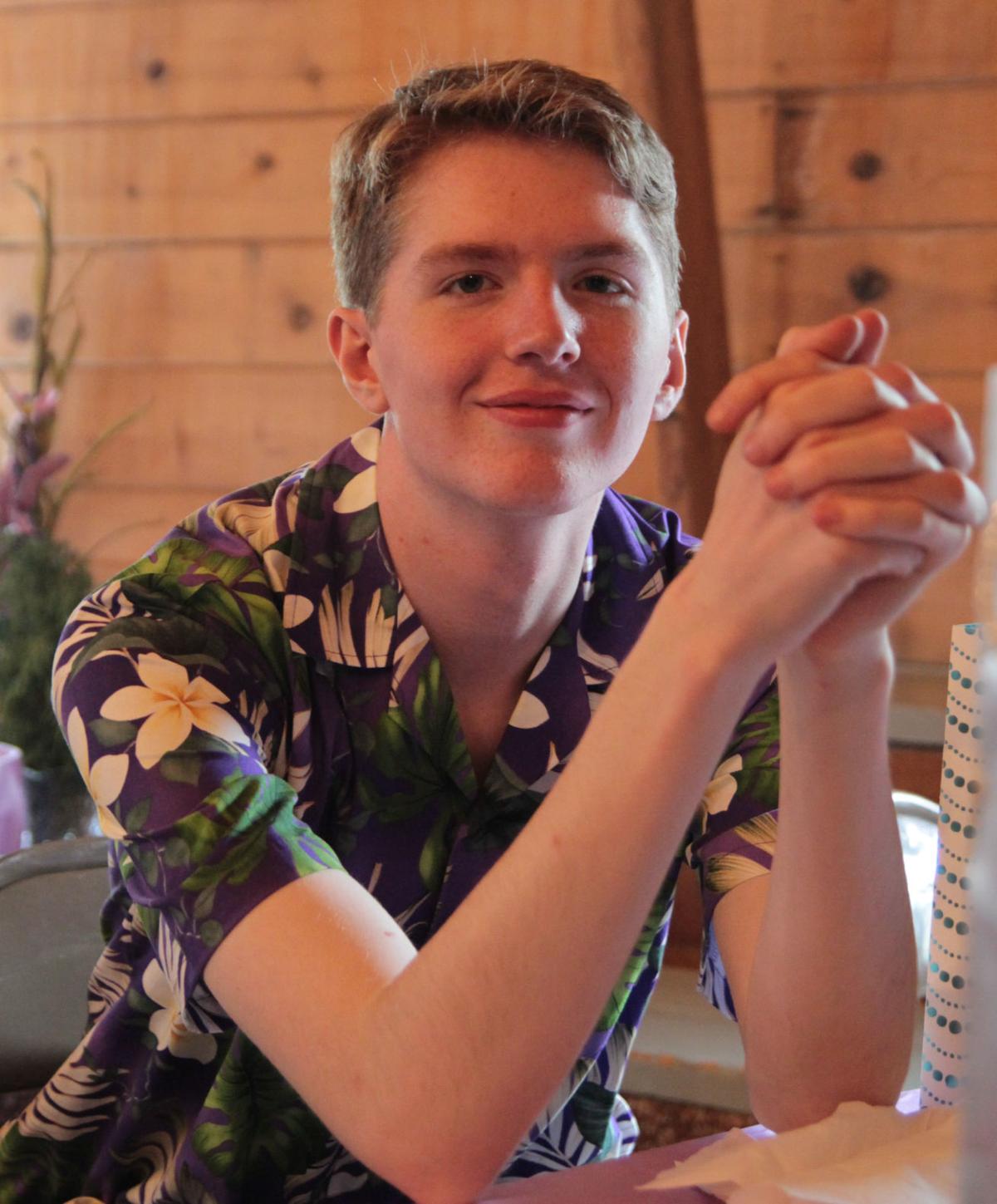 Keegan was born in Kalispell on Jan. 18, 1998. He grew up in Eureka and attended Lincoln County High School. Keegan enjoyed writing, creating games, hanging out with his family, sharing sarcasm and drinking Coca-Cola. Keegan will be missed everyday by those that understood him and loved him.