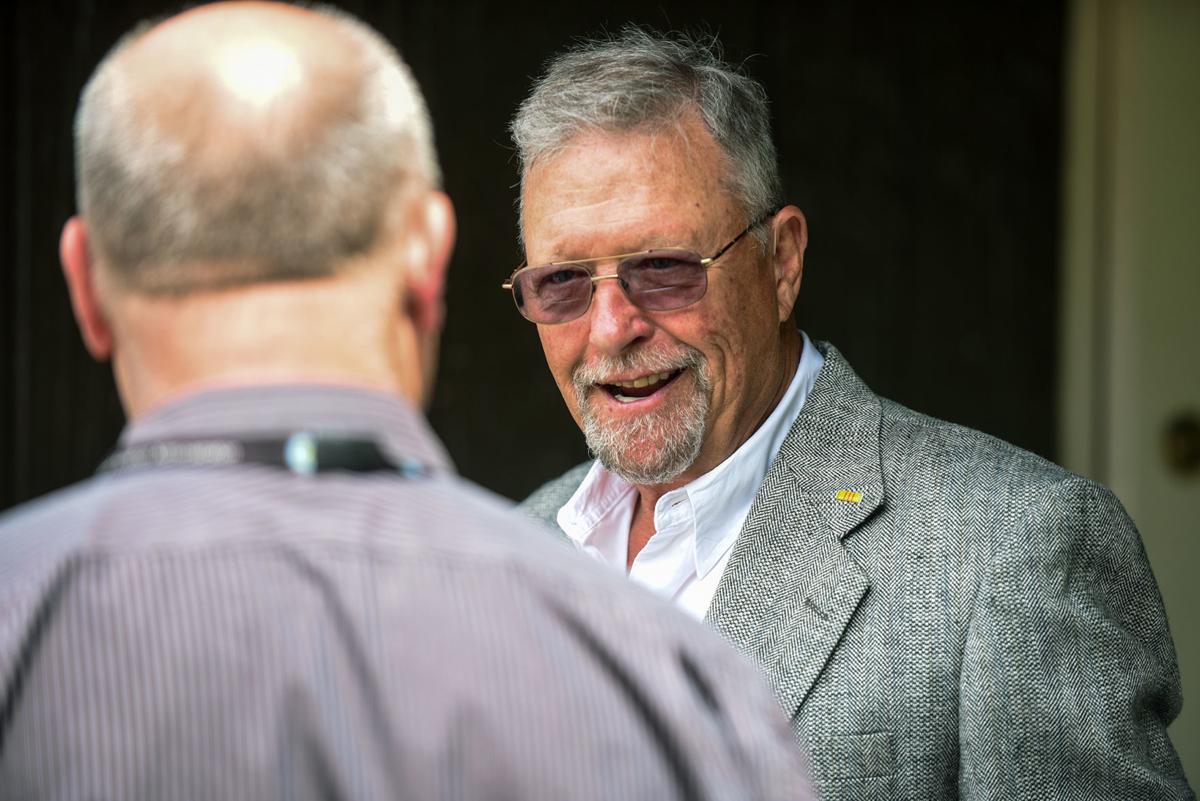 Jeffery Vercoe, the FAA safety program manager for Montana, presents Russell Beree with the Wright Brothers Master Pilot Award at Bonner Park in Missoula on Monday. Beree received the award for 50 years of safe transportation through the FAA and Department of Transportation. 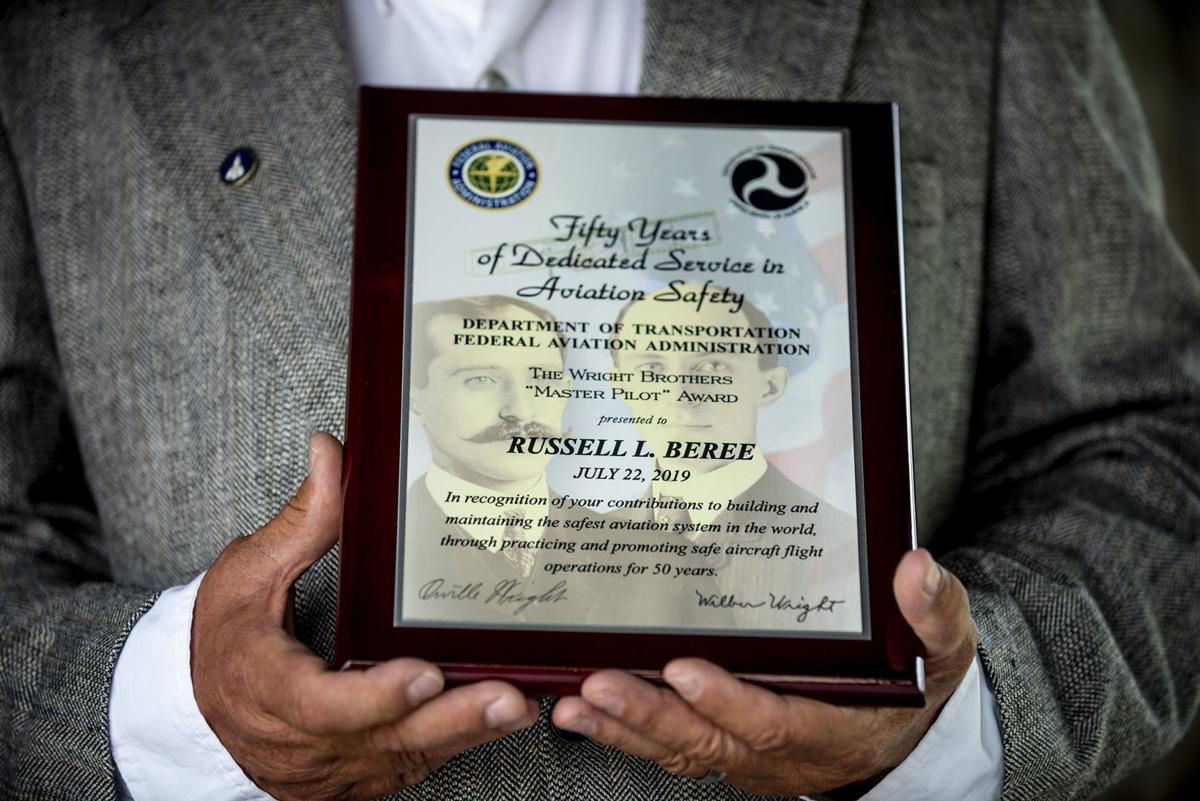 When he was about 9, his father and his friend took him up in an Aeronca single-engine airplane. Midflight, his father "put me on his lap and let me start flying.”

It was the beginning of a decades-long career in aviation, one that the Federal Aviation Administration acknowledged on Wednesday, when Jeffrey Vercoe, the agency’s safety program manager for Montana, presented him with its Wright Brothers Master Pilot Award, given to those pilots with 50 or more years of flying experience, and no revocation of certification.

“I never thought I’d get an award for being an old pilot,” Beree remarked after the ceremony.

After his first flight in 1958, Beree pursued flying lessons and eventually gained his private certification in 1969. He soon enlisted in the Army. With the Vietnam War raging, he had the most memorable flight of his career over the jungles of Cambodia.

“We were coming over a place called the Citadel, which is a small walled city which had been deserted for a long time,” he told a group of about 30 attendees at the Bonner Park award ceremony, “and we had a medevac ship flying over, and we were flying cover.”

The group started taking machine-gun fire from the Citadel. “You don’t shoot down medevacs, you just don’t, we don’t, but they do. So anyway, they called up and we ended up with two A1Es (fighter planes) and two Cobras flying ordinance onto their position.”

Under bombardment from the planes and helicopters, “we took this entire corner of the Citadel down to about the height of the seat on the picnic bench,” he said, gesturing to the 2-foot-high seat in front of him. "And I thought, ‘Wow, what a powerful thing we’re doing.’”

Since returning to civilian life in 1971, Beree has lived in Missoula and flown everything from crop dusters to corporate jets. Montana’s skies offered their own perils, he said. During one flight in the early 1970s to drop skydivers over the Flathead Valley, a cold front came in, and the wind went from “a breeze to 60 mph.”

The winds were blowing perpendicular to the runway at his destination airport, making a safe landing impossible. So he went instead to Glacier Park International Airport, only to find it had no runway available. But Beree finally stuck a landing on the airport’s taxiway.

When he deplaned, “there were about 40 guys on a chain-link fence seeing how this was going to end up.”

His grace in situations like these seems to have served him well in his day job. For 35 years, until his retirement in 2008, Beree worked as a firefighter for the Missoula Fire Department. “He was always so calm under pressure,” said Missoula Fire Chief Jeff Brandt, who also came to the awards ceremony. “Russ was always level-headed.”

In addition to serving with the Missoula Fire Department, Beree continued to fly for the Montana Department of Natural Resources and Conservation. Sixty-one years — more than half the history of powered flight — have now passed since his first time at a plane’s controls, but he says the skills flight demands have stayed the same. “It’s a little higher, it’s a little faster, it’s all the same stuff.”

And his outlook on the future of the aviation sector is bright. “Go now,” he advised aspiring aviators. “They need pilots.”

She had barely time to cool her wings before Miss Montana, the airplane, took to the air again.

More than 45,000 people showed up Monday at the U.S. Army Garrison in Wiesbaden, Germany, for a 70th anniversary commemoration of the end of t…

One of western Montana’s last survivors of the World War II D-Day invasion has died.

Airplane travelers from Missoula now have one more option for non-stop destinations.

Jeffery Vercoe, the FAA safety program manager for Montana, presents Russell Beree with the Wright Brothers Master Pilot Award at Bonner Park in Missoula on Monday. Beree received the award for 50 years of safe transportation through the FAA and Department of Transportation.