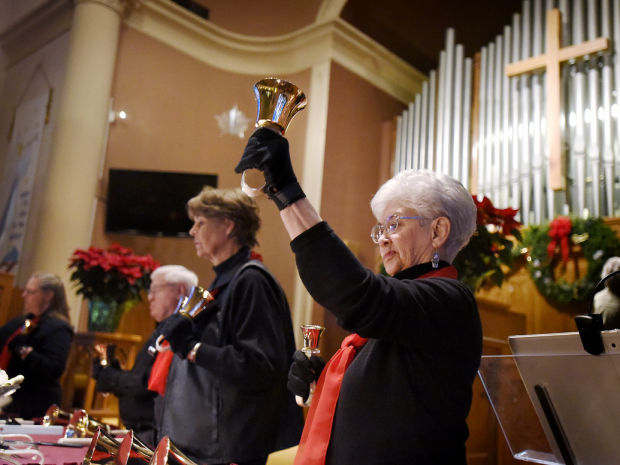 Grace Marie Magone and the First Presbyterian Church handbell choir entertained visitors to the historic church Friday afternoon as part of the Yuletide Church Stroll. Six churches in the University District took part in the event. 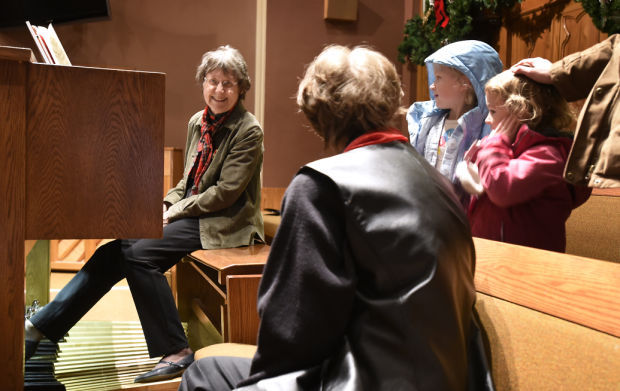 Barb Simon, left, has played the organ at First Presbyterian Church for 25 years. 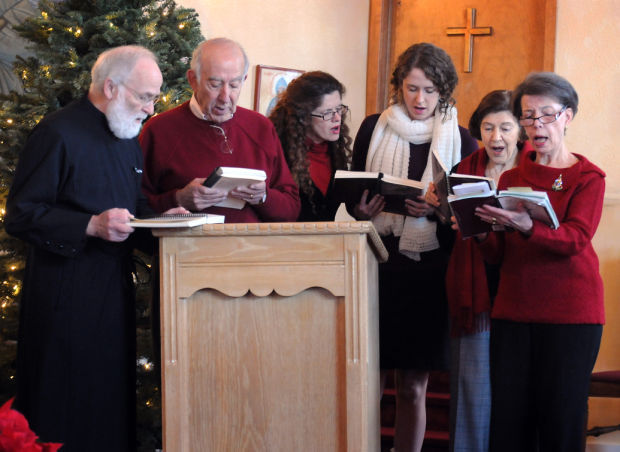 The parish choir at Annunciation Greek Orthodox Church sang Byzantine hymns all afternoon for visitors to the church. 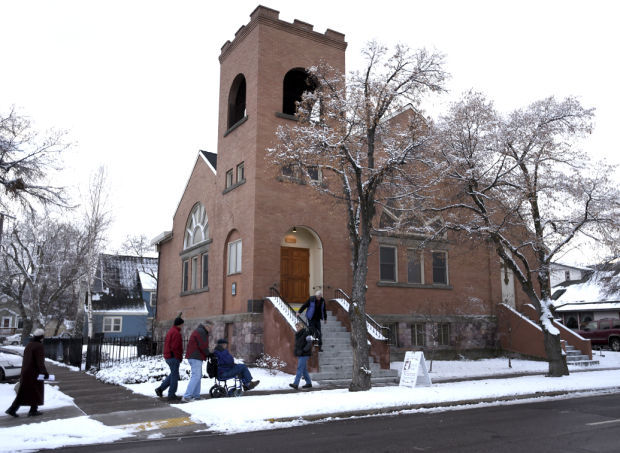 Barb Simon commands an instrument that fills an entire room, and on Friday she wanted to share it with everyone.

For 25 years, Simon has been the organist at First Presbyterian Church, one of six locations that took part in the second annual Yuletide Church Stroll in Missoula on Friday.

The church stroll invited locals to visit a series of churches around the University District to hear and see their Christmas celebrations through the music performed by their members.

Simon sat behind the controls of the organ, showing people who came in the various keys and pedals that worked the more than 2,000 pipes behind her.

First Presbyterian was designed by Missoula architect A.J. Gibson and built in 1915, when John Maclean, father of "A River Runs Through It" author Norman Maclean, was reverend.

In 1972, a fire destroyed large parts of the inside of First Presbyterian. The organ was salvageable, but much of the rest of the inside, including two large stained-glass windows, had to be repaired. Simon said it wasn't until 1992 that the organ was back in playing condition.

"I was here to help take out the pipes, and they still smelled of smoke 20 years later," she said.

Between Simon's songs, the inside of First Presbyterian Church rang with the sounds of the handbell choir. Tomi Kent, its conductor, said she calls the stroll an "open house" where people can feel free to step into a church they've never been to before and feel welcome.

"We play these bells about once a month for church services, and the organ is played every week," she said.

Nancy Cooper, organist and choir director of Holy Spirit Episcopal Church, said the idea for the church stroll came about after she read an article about a similar event in Boise, Idaho, in an organist trade magazine.

"I talked to the other church organists in town and we decided to make this happen in Missoula," she said.

The turnout was big enough the first year that she said they decided to make it a tradition for the day after Christmas every year.

"It's on a nice day when we look our best and the decorations are all still up," Cooper said, gesturing to the 12-foot-tall Christmas trees that flanked the church dais.

Father Rob Spaliatsos said the church stroll is a great way to open Annunciation Greek Orthodox Church's to people who are unfamiliar with Eastern Orthodox traditions.

"It's about opening our doors and sharing who we are," Spaliatsos said.

Annunciation is the only Eastern Orthodox Church in Missoula and one of the few in Montana. While the religion is a minority in the United States, it is popular in other parts of the world. As a result, Annunciation's regular parishioners come from a variety of backgrounds – many are immigrants from Romania, Serbia, Russia and countries in Africa.

Unlike the other churches on the stroll, Annunciation doesn't use an organ, Spaliatsos said, as Eastern Orthodox musical traditions rely on the voice, including reciting Byzantine hymns.

Most of the songs performed Friday were in English with some in Greek, and between presentations Spaliatsos spoke with the crowd about the history of the music and how it tied into the faith.

"Each of the churches is using it to give a sampling of their musical traditions around Christmas time," Spaliatsos said.

On the Twelfth Night of the Christian calendar, the Magi arrived to deliver their gifts to the baby Jesus. In Missoula, Jan. 5 is the day the …

Pastors current and past will arrive Sunday morning at the First Presbyterian Church of Missoula in vintage Model A’s.

Grace Marie Magone and the First Presbyterian Church handbell choir entertained visitors to the historic church Friday afternoon as part of the Yuletide Church Stroll. Six churches in the University District took part in the event.

Barb Simon, left, has played the organ at First Presbyterian Church for 25 years.

The parish choir at Annunciation Greek Orthodox Church sang Byzantine hymns all afternoon for visitors to the church.