Led by the Public Employees for Environmental Responsibility, the lawsuit alleges the National Park Service order violated its own regulations when it failed to first amend the existing regulations defining and governing bicycle use. The lawsuit also claims the NPS improperly evaded required environmental reviews, and that the order to allow bikes in the parks came from Deputy Director P. Daniel Smith, who lacks the authority to issue the order.

“This e-bikes order illustrates an improper and destructive way to manage our National Parks,” Tim Whitehouse, PEER executive director and former enforcement attorney with the Environmental Protection Agency, said in a news release. “Concerned groups and individuals are joining PEER in demanding that the Park Service follow the normal regulatory processes and assess the additional impacts that higher speed e-bike riders pose both to other trail users and to wildlife in the parks.” 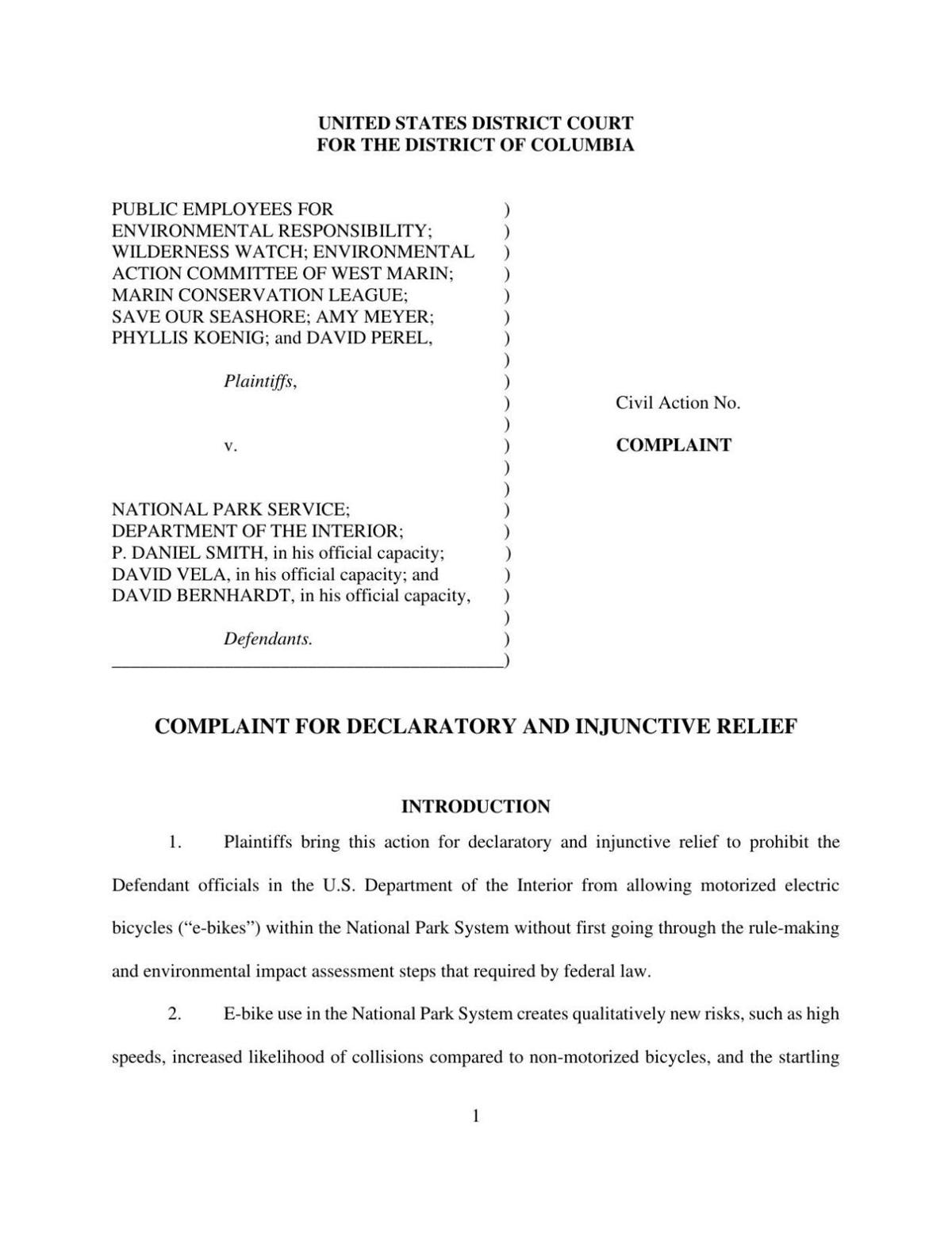 Jeremy Barnum, a public information officer with the National Park Service, wrote in an email to the Missoulian that his agency strongly disagrees with the premise of PEER’s lawsuit and will continue to work with park superintendent to implement a “commonsense e-bikes policy.”

On the Lolo National Forest and throughout Region 1, e-bikes are allowed on roads or trails open for motorized use, according to Kate Jerman with the Lolo forest. The bikes are considered to be motorized vehicles, so they’re not allowed on non-motorized roads and trails.

“Overcrowding is a serious problem for wild places with an increasing demand for easier, quicker access into remote landscapes. The park service’s order, issued without the public input required by law, exacerbated the problem by instantly converting a massive network of non-motorized trails into electric bike lanes,” Dana Johnson, an attorney for Wilderness Watch, said in the news release.

In addition, the plaintiffs claim that the park service officials violated the Federal Advisory Committee Act by deliberating for months with an advisory committee that involved multiple private industry representatives who promoted the use of e-bikes in the parks.

“The impetus from industry is not surprising given that, as a former industry lobbyist himself, Secretary Bernhardt is known for hearing industry concerns and not public concerns,” Whitehouse added. “E-bikes represent another inroad of commercialized recreation into our national parks.”

The lawsuit also says that e-bikes can achieve and exceed speeds of 20 mph, “and often do so in spite of blind corners and the presence of other visitors,” the lawsuit notes. “E-bikes can travel uphill at speeds double the speed of a physically fit conventional bicyclist. In all cases, the speed capability of e-bikes adds to the potential for collision, or, at a minimum, for near-misses and loss of a sense of tranquility for slower hikers, bikers and equestrians.”

Missoula allows the use of privately owned e-bikes with speeds of up to 20 mph on primary commuter trails in the city limits. Bike-sharing companies like Lime and Bi9rd are prohibited from using the public right-of-way.

WASHINGTON — Motorized electric bicycles may soon be humming onto serene trails in national parks and other public lands nationwide. It's part…

Electric bikes will be allowed on commuter trails in Missoula, but not on the trails in the soon-to-be-acquired Grant Creek open space. A mara…

City Council defers decision on use of e-bikes, e-scooters on park trails

City planners deferred approving the use of electric bikes and scooters on park trails Monday, along with approving funding for an easement al…

Slow zones, primary commuter trails and limits on sidewalk riding are some of the proposed rules discussed Wednesday that may govern the use o…

Hunters have to make lots of quick decisions in the field: Cock or hen pheasant? Brow-tine or spike bull elk? Pedal or power-assist bicycle?