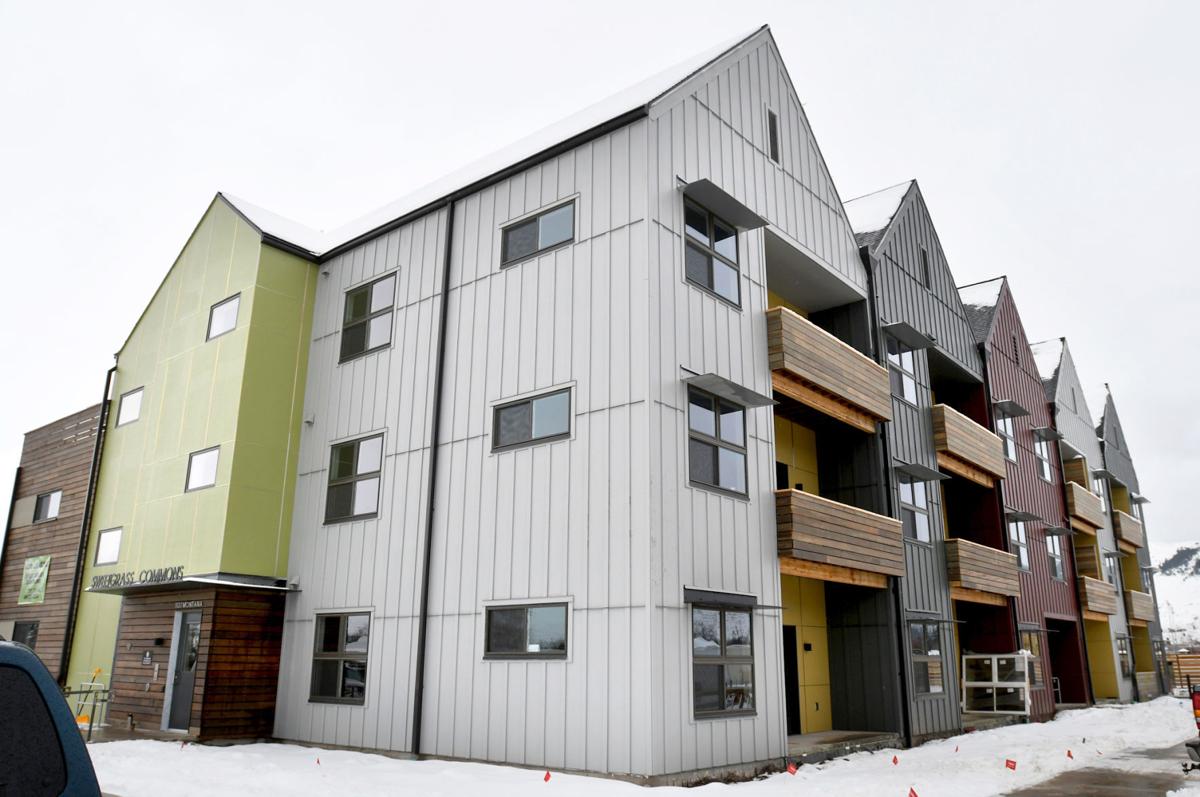 Homeword's 27-unit Sweetgrass Commons, an affordable housing project in the Old Sawmill District. Homeword executive director Andrea Davis said Montana is one of only a handful of states that doesn't dedicate a portion of its general fund to building affordable workforce housing. She said if it did, nonprofits like Homeword could double the amount of housing it creates. 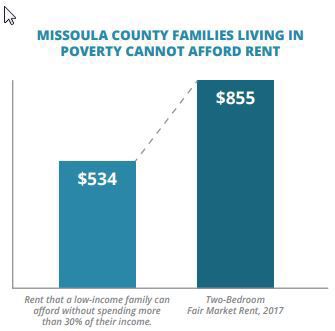 Homeword's 27-unit Sweetgrass Commons, an affordable housing project in the Old Sawmill District. Homeword executive director Andrea Davis said Montana is one of only a handful of states that doesn't dedicate a portion of its general fund to building affordable workforce housing. She said if it did, nonprofits like Homeword could double the amount of housing it creates.

The numbers are in, and last year Missoula housing prices officially saw the largest yearly jump in well over a decade.

Those numbers are courtesy of John Brauer, the managing broker of Windermere Real Estate in Missoula. He was speaking as part of an expert panel for the 44th annual Economic Outlook Seminar hosted by the Bureau of Business and Economic Research at the University of Montana. The theme this year was “Facing the Challenge of Affordable Housing.”

“We’ve got really high demand in this community,” Brauer explained. “We didn’t do a very good job of keeping up in the new construction through the recessionary period. Now coupled with the high demand and lack of inventory, that’s just driving prices. It’s simple supply and demand.”

There were 1,481 residential sales in the Missoula area last year, a 4.3 percent decrease from 2017.

Brauer also noted that there’s a lack of developable land and a fairly robust economy that’s drawing in workers looking for houses. He agreed with other experts on Friday by saying he doesn’t see a market correction, where housing prices would fall back to earth, anytime soon. That’s because Missoula is a desirable place to live that attracts all-cash buyers from out-of-state places with higher living costs, retirees with lots of savings, tech company workers and students who take up workforce housing.

Patrick Barkey, the director of the BBER, gave a broad overview of Montana’s affordable housing crisis. He noted that Missoula County has one of the highest ratios of home prices to household income in the state. A higher number means housing is less affordable on the per-capita annual income of around $47,000. That ratio was 5.5 here in 2016, down from 5.9 in 2007 but still higher than fast-growing counties like Gallatin (4.8) and Flathead (5.0). Things could be worse though, as Ravalli County and Lake County both have a ratio of 6.0.

Missoula ranks 237 out of 975 metro areas nationwide in terms of housing price growth since 2012, with Bozeman coming in at 53 and Kalispell coming in at 150.

Barkey pointed out that high housing prices can be caused by regulatory constraints and other inefficiencies and can, in turn, cause sprawl, increased commuting costs and congestion. High housing prices also reduce the labor availability for lower and medium-paying jobs, limit population mobility and economic growth and leave people with less money left over to spend on essentials and college savings.

Andrea Davis, the executive director of the nonprofit Homeword in Missoula, was a part of the panel. She said over half of Missoula residents rent, and over half of those renters are cost-burdened by housing, meaning they spend more than 30 percent of their income on rent checks.

“If you don’t have enough left over after paying rent, you’re not saving for a down payment on a home and you’re not spending on local businesses,” she said. “So if we make sure everybody has a safe and healthy place to call home, then it’s better for all of us.”

Davis said Montana is one of the only states in the U.S. that doesn’t dedicate a portion of its general fund to build affordable workforce housing. She said there are local grants available in Missoula that come from federal programs, but she suggested that if the state were to create a revolving loan fund from the Coal Severance Tax Trust Fund, it would provide “bridge funding.” That funding could allow communities and organizations to leverage far more federal tax credits and other funding to build affordable housing in communities where it’s desperately needed.

“We leave an enormous amount of private investor dollars through this federal program on the table,” she explained. “They never come into our state because the economics of our communities make it such that we can’t pencil out a deal because we have no gap financing. We have no gap funding here."

Davis said it would be helpful for organizations like hers to leverage state funding in order to make projects financially viable.

She said there are a couple of bills making their way through the state Legislature that could help the situation. The Montana Housing Coalition is working on creating that revolving loan fund, she said. Another bill would create a state workforce housing tax credit that Davis believes would double the rate of creation of affordable homes.

Nick Kaufman of the land-use planning firm WGM Group noted that Montana is a state that sees 12 million nonresident visitors every year. He believes communities should have the option of creating a local sales tax to offset property taxes and thereby capture money from out-of-state visitors.

“If we tax luxury items rather than non-essential items, we are capturing money from people that have the ability to pay,” he said. “That way, a sales tax would be a progressive tax rather than the regressive property tax.”

Three Missoula companies are on track to be awarded a combined $345,000 in state grants to create 46 new, relatively high-paying jobs.