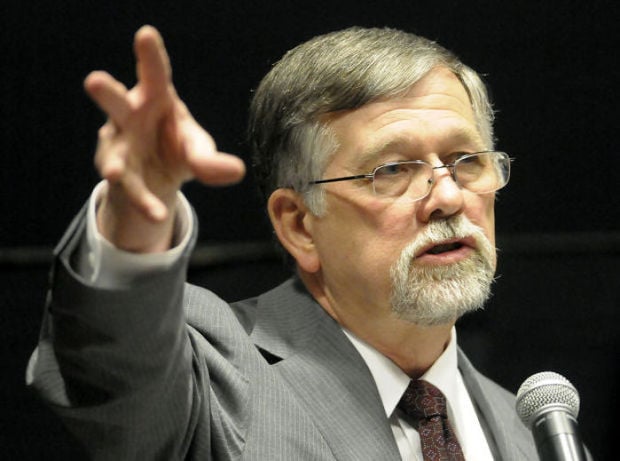 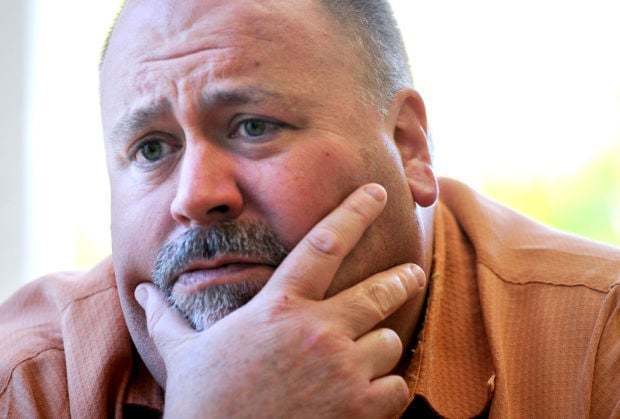 Missoula’s emergence from economic stagnation will gain momentum over the next year as job growth picks up, construction booms and investors bring new opportunity to the local market, Mayor John Engen said Monday.

Engen, along with Missoula County Commissioner Bill Carey and University of Montana President Royce Engstrom, addressed 150 people at the State of the Community presentation hosted by City Club Missoula.

Together, they looked brightly on the year to come, one that will include new academic offerings, jobs and a focus on social needs. At the same time, they cautioned, the cost of providing essential services continues to rise.

“When I gave the State of Community address in 2010, it was a depressing piece of business,” Engen said. “We had just closed a mill, a downtown department store had shut down, and the mood of the community was a little blue.

“It’s fascinating to stand here five years later, in front of some of the same folks, and be able to say Missoula is a place where the economy is booming.”

Engen painted an optimistic picture for the year ahead, with a record year shaping up in commercial construction and job growth gaining steam. The mayor attributed the activity in part to efforts taken by the city during the down years.

Among them, Engen said, the city’s efforts to create new Urban Renewal Districts are paying off, including the Brooks Street corridor and the East Broadway area, where a $32 million Missoula College building is under construction.

“The East Broadway corridor will be unrecognizable a decade from now,” Engen said. “We have a renaissance, as it were, in south Missoula happening around what formerly was the K-mart store. Urban renewal districts are the single most effective economic tool available to cities in Montana.”

Engen also touched on citizen service and he credited much of the progress to community efforts. Voters funded a $42 million bond to build a regional park at Fort Missoula, he noted, and they also approved a $1.7 million transportation levy to launch zero-fare bus service.

“We decided as a community it shouldn’t cost you anything to get on a bus,” Engen said. “We have a zero-fare system, which means there’s no barrier to anyone who wants to use public transportation to get anywhere. That’s a mark of a community that cares about everyone.”

Engen also laid to rest the city’s efforts to correct deficiencies found by the U.S. Department of Justice.

Over the past few years, the agency investigated the city, UM and the Missoula County Attorney’s Office amid allegations that reports of sexual assault were mishandled, and that victims suffered discrimination when they came forward.

Engen said the investigation made Missoula a better place to live and served to strengthen the community at large.

“In the wake of a painful process with the DOJ, the city reached an agreement that today has improved the way we deliver services to the women and men who are victims in our community, particularly the victims of sexual assault,” Engen said. “We’ve embraced our agreement with the DOJ and our community partners to ensure these victims are treated with respect, dignity, and the kindness and compassion they deserve.”

Last week, Bonner Transfer and Storage landed on the property and announced its goals to establish an inland port. It joined a handful of businesses already operating on the site, including ALCOM - a recreational trailer manufacturer which has since expanded to build horse trailers.

Roughly 250 workers are currently employed at the site, and Carey expects that number to grow to 400 by the end of this year.

“ALCOM continues to grow and add jobs, and Harris Manufacturing anticipates a workforce of 35 new, high-quality jobs within the next two years,” Carey said. “The Missoula Economic Partnership has played an instrumental role in helping businesses locate to Bonner, and the Bitter Root Economic Development District has helped a number of these businesses apply for grants.”

But while Carey was optimistic about job growth, his outlook was checked by the failure of Congress to fund the Secure Rural Schools and Community Self Determination Act.

That lack of funding has left Missoula County with a $389,000 budget gap. While commissioners succeeded in covering the shortfall with one-time reserves taken from the county road department, doing so again next year could be problematic.

“Like all levels of government, we’re facing fiscal realities that could negatively impact the high level of service our citizens rightfully expect from us,” Carey said. “Congress must find a long-term solution to this impending meltdown.”

Carey also said the cost of doing business continues to increase at a pace the county may be unable to sustain.

“The cost of delivering essential services keeps going up,” he said. “Even the pressure to increase wages, maintain benefits and pay our bills continues to outpace the creation of newly taxable property. Something eventually has to give.”

Carey ended by noting the work of the Nurse Family Partnership program. The City-County Health Department launched the effort in 2012 to connect public health nurses with first-time mothers.

The program provides assistance in planning for a healthy birth, and connects expectant mothers with housing, health services and child development classes.

“This partnership services 50 at-risk families in Missoula County,” Carey said. “I’m told that every dollar invested in this program nets $6 in return through cost savings from other publicly supported programs.”

UM President Royce Engstrom focused his address on community partnerships. Working closely with the city and the business community, he said, the university is looking to lead on economic development.

To do so, Engstrom said, the university is now reviewing its academic programs. UM wants to create a portfolio that’s relevant to today’s needs and opens doors for graduates, he said.

“One particular area of programming that’s developing and relates directly to Missoula is this area of data science,” Engstrom said. “It’s a perfect industry for Missoula and a perfect connection between the university and Missoula.”

Engstrom lauded Missoula’s ranking as a top 10 small city in Internet technology startups. To help meet the demand for skilled workers in emerging fields, he said, the school has created a network security program, along with a certificate in big-data analytics.

Over the past year, Engstrom added, officials from IBM, Oracle, Hewlett Packard and Symantec have visited campus. Local firms, such as the ALPS Corp., LMG Security, GCS, the Washington Corp. and TeraDek, have contributed to the field’s growth on campus.

“A great thing about this area of data science, there’s been involvement from a number of communities in Missoula, and the national front as well,” Engstrom said. “I’m also pleased to see Missoula moving forward on this discussion about broadband. We stand ready to help in that area.”

With unemployment hovering at 4 percent in Missoula and job growth on the rise, some in the business community believe the city will need an i…

The University of Montana could face a $2.3 million budget shortfall in the 2016 fiscal year if enrollment dips as projected, according to a U…

The 143 members of the Montana High Tech Business Alliance pay their employees an average of more than $50,000 a year, and together the compan…

Missoula ranks high in government spending, but has a smaller tax base than other Montana cities, and that puts an increasingly heavy burden o…

Best-selling author Jon Krakauer interviewed no one from the University of Montana for his upcoming book about campus rape called "Missoula," …

Although Missoula-based Neptune Aviation is primarily known for its firefighting aircraft, the company wants to gauge market interest in the c…

Bonner West Log Yard to have member on county's development board

Even as industrial and manufacturing activity picks up across Missoula, interest in the county’s airport development park hasn’t caught on, le…

Missoula County Commissioner Carey: 'It's time to step aside'

If Bill Carey cast his votes as a Missoula County commissioner after careful deliberation, his decision to retire with 14 months left on his t…

A team of investors unveiled plans to redevelop a seven-acre parcel in downtown Missoula on Wednesday, an ambitious vision that represents one…

Higher education needs to be radically reformed, self-driving cars are the wave of the future and sustainable energy is going to rely on smart…

The old Stimson Lumber Co. sawmill in Bonner could win status as an inland port if a new company meets its goals in the coming months, providi…

It’s estimated that 15 percent of the nation’s malls will fail over the next 10 years, but the owners of Missoula's Southgate Mall have pledge…

2015 could be banner year for Missoula development

The acceleration of the national economy may find its way to Missoula next year, with tens of millions of dollars invested in several building…

Tyler Smith, vice president of research and development at Rivertop Renewables, a chemical company in Missoula, was just about to fly to Amste…