What Missoulians get paid isn't nearly enough to pay for housing here.

Last summer in Missoula, the median rent for a two-bedroom home was $979 a month.

The income required to afford a rent like that is $39,160 a year, but the median renter income was a paltry $27,456, according to Heather McMilin, the project development director for the affordable housing nonprofit Homeword. McMilin was part of a City Club Missoula forum on attainable housing on Monday.

“It’s a very large difference and why we have such a large attendance on this webinar,” she explained. “We’re all feeling it across all sectors.”

McMilin noted that the cost of homes are affected by laws, lumber, land, lending and labor.

“Of those five things, usually maybe two or three are difficult and the rest are manageable,” she said. “With what’s going on in Montana with everybody moving here, all five of those points within the development process are strained.”

Josh Slotnick, a county commissioner, said the county is working on a deed restriction program that would create more affordable housing. It’s based off a model that was recently implemented in Big Sky, Montana. It’s also been used in expensive ski towns in Colorado like Vail and Crested Butte.

“It’s basically the purchase of a deed restriction,” Slotnick explained. “It’s kind of like what happens in a conservation easement but it happens on a house.”

Essentially, the county is considering offering homeowners money to put a deed restriction on their house that would cap the appreciation of that home.

“We give you 10% right now in trade for a deed restriction that caps appreciation for 5% a year,” Slotnick explained. “So in 10 years, that house has only increased 50%.”

“So for 10% of the cost of a house we’re creating affordability instead of building a new one,” Slotnick said. “It’s really low cost compared to the construction of new housing. And we would limit the purchase of these houses to people who earn wages in Missoula County.”

The offer would only be made to homeowners whose property is worth 120% of the median home value or less.

Slotnick said the goal is to make housing available to people who live here who are being outbid by people from outside the community or people who are making coastal wages.

The county is investing $17 million in federal funds into infrastructure for the Mullan area to essentially create a new town, he added, so it’s not as if the county is turning away from encouraging new development as well.

Eran Pehan, the director of the city’s office of community development, planning and innovation, noted that they permitted 1,308 new homes in 2020. That’s a 140% increase from 2019.

“We made a strategic decision to dedicate more staff resources and time to getting shovel-ready projects approved and getting more housing on the ground immediately,” Pehan said.

Pehan was asked by state representative Danny Tenenbaum if the city is considering allowing four-plexes in all parts of the city, much like Walla Walla, Washington has done.

Pehan replied that the city is embarking on a historic comprehensive code reform effort over the next several years. Changing land-use ordinances such as zoning and density will be part of the “community conversation” that’s involved in that effort.

Slotnick said the county is looking to overhaul its zoning code and design codes as well to encourage the construction of more multi-family housing.

Another community member wanted to know how many housing units have been removed from the market by short-term rentals like Airbnb and what the city and county is doing about the situation.

Pehan said the city is in the process of inventorying how many of those short-term rentals are in the city. She noted that because those companies don't share addresses unless they're booked, it's difficult to pin down exactly how many there are and where they're located.

"What we hope is that data gathering process does inform our next steps," she said.

Slotnick said the county is embarking in a similar process.

One listener asked if rent price controls or laws that give renters the right to renew leases can be implemented. Mike Nugent, a City Council member and moderator of the panel, said the city has received a legal opinion on the issue. Essentially, the Montana Legislature has prohibited cities from interfering with private contracts, such as those between landlords and tenants.

"Things like, 'could the city of Missoula do rent control' is something that the Legislature has specifically said 'no, they can't'," Nugent explained. "So what the city can do in that area is limited."

Pehan agreed, saying the city is very limited by state law in what they can do in that area.

"At this point in time, advocacy at the Legislative level is probably the most effective effort," Pehan said.

“We’re thrilled with what we’re seeing,” said a city official. “It’s an incredible increase and we think it’s going to make a tremendous difference in the community.”

Panelists discuss resentment of outsiders during forum on Missoula's changes

"Missoula's backbone was blue-collar and that's not something we necessarily see today and that's a huge change," said a Missoula business owner.

Missoula County has an under-supply of 2,400 housing units.

One human resources manager estimated that the city has replaced 75% of its key leaders throughout the pandemic.

One of the recommendations in the Missoula County Housing Action Plan is to explore funding sources, such as bonds, for affordable housing.

Lake Missoula Tea Company also got an award at a statewide marketing tradeshow.

The developers are attempting to price the homes to buyers who earn between 80% and 120% of Area Median Income.

“When they found him he had stickers all over him and they had to scrape sticker residue off,” explained Kady Lovrien, describing a rescued African leopard tortoise found on a highway in Montana.

There's a proposal for a 20-lot subdivision in the lower Rattlesnake, and a developer wants to build 700 housing units in lower Grant Creek.

From homelessness and addiction to hard-fought success: A Missoula housing journey

Although she's been in addiction recovery for seven years, a felony conviction meant a Missoula woman didn't hear back on 25 housing applications while she was homeless.

The plan for the Mullan BUILD project includes street improvements, utility installation and the possibility of new housing and recreational amenities. 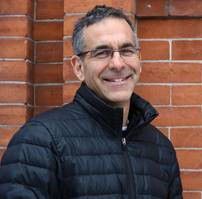