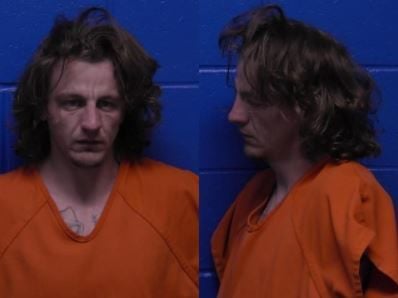 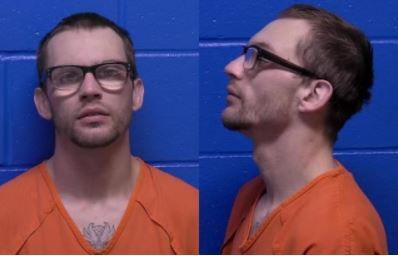 Two Great Falls men arrested in connection with a Tuesday evening armed robbery in Missoula that led police on a chase between Bonner and Clinton appeared in court Thursday afternoon.

A green Chevy Silverado pickup was reported stolen from the Southgate Mall parking lot at 5:09 p.m. Tuesday, according to a news release from the Missoula Police Department. Someone's purse with a handgun inside was in the vehicle at the time of the theft.

A few minutes later, police responded to a reported theft at the Town Pump on North Reserve Street. The victim told officials the suspect had stolen about $100 worth of cigarettes.

About an hour later at 6:22 p.m., officers responded to a third incident — an armed robbery in the alley east of the 300 block of North Higgins Avenue. The victim said they had been held at gunpoint as the suspects stole many personal items, the news release said. Both victims of the theft and robbery provided information indicating those crimes might have a connection to the stolen pickup at the mall.

At one point during the pursuit, McVey, who was identified as the driver of the stolen pickup, accelerated toward a deputy car and hit it head-on, attempting to injure two deputies, charging documents filed into Missoula County said. The impact caused extensive damage to the patrol car.

Around 6:50 p.m., the two men were seen exiting a Lucky Lil's Casino. They fled the scene in the Silverado, heading east on Highway 200. They turned onto Highway 10 East, going speeds of 65 to 75 miles per hour in 45 and 55 mile per hour zones and swerving into oncoming traffic. After a continued pursuit, authorities were eventually able to disable the pickup near the Turah exit off I-90 and arrest Pando and McVey.

During the incident, a Missoula police K-9 vehicle was struck by an oncoming train traveling eastbound. No one was injured.

A Missoula Police Officer was driving his assigned police vehicle and actively involved in the pursuit. He was in the process of turning his vehicle around at the roadway crossing when the suspect vehicle came to a stop a short distance away, Missoula Police Sgt. Eddie McLean said.

The officer immediately stopped and exited his vehicle to assist with the apprehension of the suspects. The police officer was unable to move his vehicle by the time the eastbound train was observed, McLean said. His canine partner was removed from the vehicle prior to the collision with the train.

“The circumstances of this crime spree are pretty egregious,” Missoula County Deputy Attorney Leta Womack said, asking that McVey’s bail be set at $250,000. “The defendants committed multiple crimes during this spree that put our citizens at risk.”

Womack pointed to Pando’s role alongside McVey in the incident, saying he was a passenger with McVey in the car when law enforcement officers and the public were put at great risk. She also asked that Pando’s bail be set at $250,000.

McVey and Pando are both from Great Falls, Missoula Public Defender Brian Yowell said. He asked that a bond be set at a more modest amount for both. McVey chose to speak to the court — he said it was “a whole string of bad events,” but denied ramming any police vehicles. He asked the court for help for a mental health evaluation.

Judge Holloway doubled the state’s request, setting McVey’s bond at $500,000, saying his alleged actions created trauma for those involved. Pando’s bail was set at $250,000. Both Pando and McVey are ordered to have no contact with any of the incident witnesses and to possess no firearms or other dangerous weapons.

Arraignment dates for both McVey and Pando were set for Jan. 24 at 9 a.m. in Missoula County District Court.

After the chase concluded, an unoccupied Missoula police car was struck by an oncoming train. No one was injured and no other vehicles were involved, according to a news release.

Fifty-three crashes were reported by Montana Highway Patrol in the Missoula District on Wednesday. Thirty-two occurred on I-90 and nine on Highway 93 South.

State finishes investigation of fatal shooting; inquest to be scheduled

In the last year, the state’s Division of Criminal Investigations department has seen a 65% uptick in human trafficking investigations.

Mary Schmidt Monahan, 61, pleaded guilty to unlawfully obtaining controlled substances as charged in an indictment. She faces a maximum of four years in prison, a $250,000 fine and one year of supervised release.

John T. Mosby was charged with felony sexual assault and misdemeanor indecent exposure in 2005 following an incident in the showers at a local gym.

One pedestrian collision near St. Ignatius left a Polson woman dead on Friday, and officials have released the name of a second woman who was killed on Highway 2 on Jan. 9.

Officials are asking the public to call 406-758-5600 or email tips@flathead.mt.gov with any information about the incident.