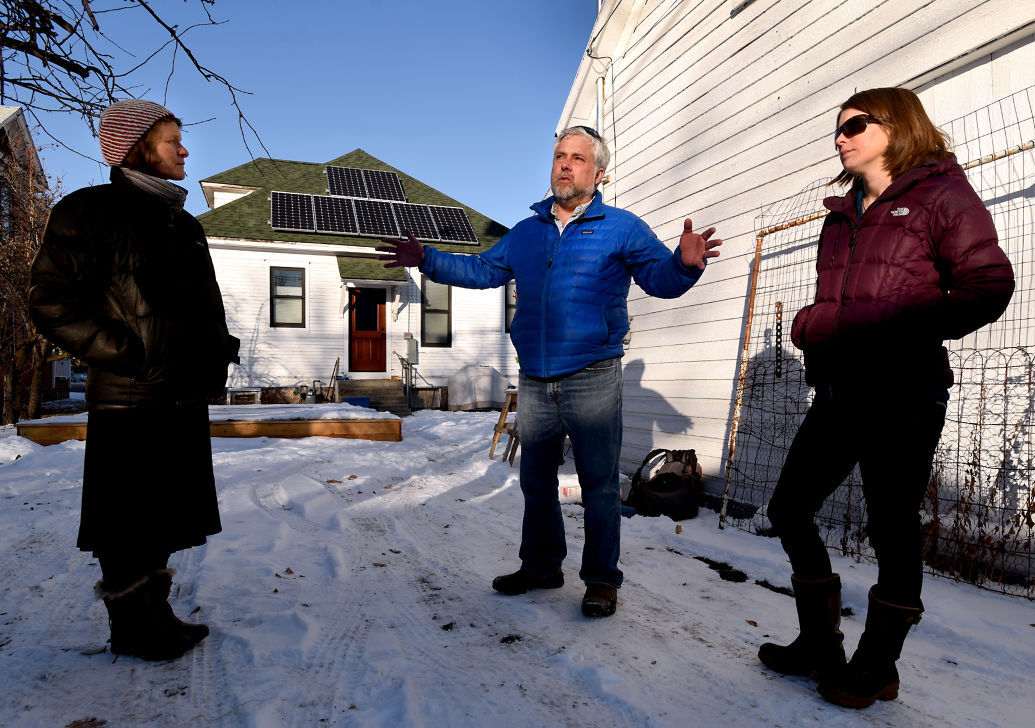 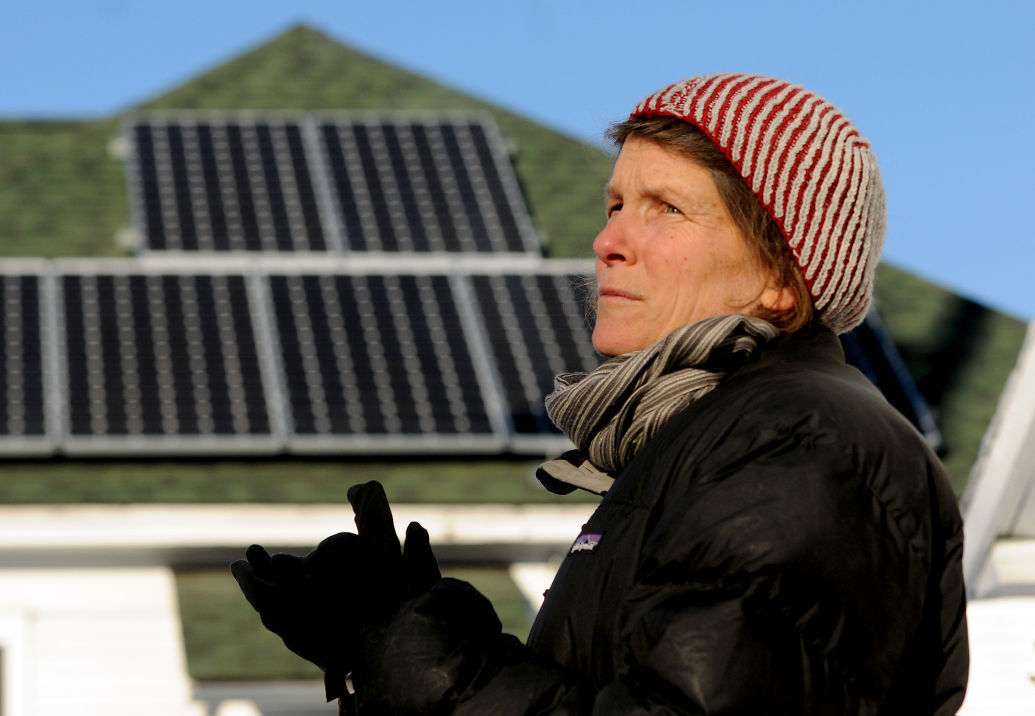 “The beauty of these systems,” says Amy Cilimburg, “is you can put them up and ignore them, or you can totally geek out on it watching the meter run backward and seeing how much each panel is producing.”

The backyard garden at Kate Lindner and Mike DeGrandpre’s home has gone dormant, but the new growth on their roof is about ready for harvest.

Within days, electricians from NorthWestern Energy Co. will switch on electricity from three sets of solar photovoltaic cells arrayed on the west, south and east sides of their home. And the Montana Renewable Energy Association is holding a workshop Tuesday to show more Missoulians how to cut or even eliminate their electric bill with similar home setups.

“This is a typical small-solar installation,” said Amy Cilimburg, director of Climate Smart Missoula and one of several partners in the Solarize Missoula campaign. “The beauty of these systems is you can put them up and ignore them, or you can totally geek out on it watching the meter run backward and seeing how much each panel is producing.”

Solarize Missoula has gathered four of Missoula’s 11 active solar installation companies and worked up a group pricing offer for anyone willing to consider adding solar energy to their home power system. Those interested can get a free assessment of their home’s solar potential by signing up before Dec. 31. They then have until Feb. 1 to take advantage of the group pricing.

“We’re trying to make it simple for the homeowner to participate,” said Bryan von Lossberg, a Missoula City Council member who’s helping coordinate the campaign. “It’s modeled after the Solarize program that started in Portland (Oregon) five or six years ago. Now there are Solarize programs running all across the country.”

The city of Missoula, Missoula Federal Credit Union and Montana Department of Environmental Quality are co-sponsors with MREA and Climate Smart for the Missoula program. While the partners are not subsidizing panel installation, they have gathered the information useful for applying for state and federal tax credits, as well as additional energy-efficiency tactics that can be joined with solar projects.

Von Lossberg said a typical home solar installation costs about $12,400 for a 4-kilowatt array. That could qualify for a 30 percent federal solar tax credit and a $1,000 state credit, bringing the price down to $7,680. Depending on how much electricity the household uses, the payback time is 12 years or less of lowered or eliminated electricity bills.

Participating installers include SBS Solar, Jordan Solar, Remote Power Systems and Big Sky Solar. Von Lossberg said those companies had agreed to the group pricing format and were certified by NorthWestern Energy to work on its power grid.

“And in winter, they have more capacity to do installations,” Von Lossberg said. “They get pretty booked up in the spring, summer and fall. Installations that are started in February should be completed by the end of May.”

The not-for-profit Solarize Missoula will hold a public workshop to explain the process of adding residential solar panels to a private home, including costs, tax incentives and local installation companies. The meeting starts at 7:15 p.m. in the large conference room downstairs at the Missoula Public Library, 301 E. Main St. For more information, visit solarizemissoula.org.

City Life Community Center is getting into the energy-efficiency game after landing a $50,000 grant to install 72 solar panels atop the center…

HELENA – Industry officials and state regulators have started to look at how to reach the carbon-cutting goals set for Montana, which faces th…

Tongue River Railroad plans on hold due to mine permitting delays

LOLO – For $700, you too can buy a piece of the sun for Christmas if you get your electricity from Missoula Electric Cooperative.

“The beauty of these systems,” says Amy Cilimburg, “is you can put them up and ignore them, or you can totally geek out on it watching the meter run backward and seeing how much each panel is producing.”