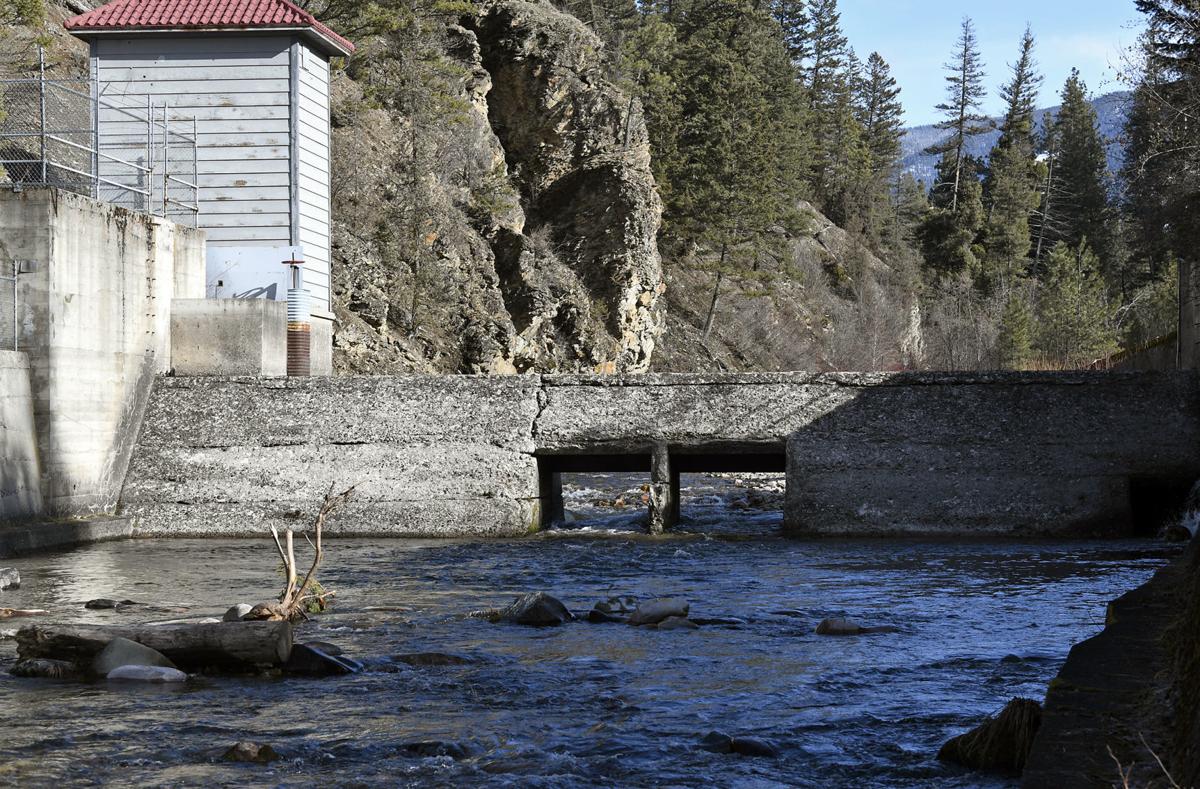 The concrete of the 90-year-old dam is cracked and heavily corroded, and impedes the movement of fish in Rattlesnake Creek. 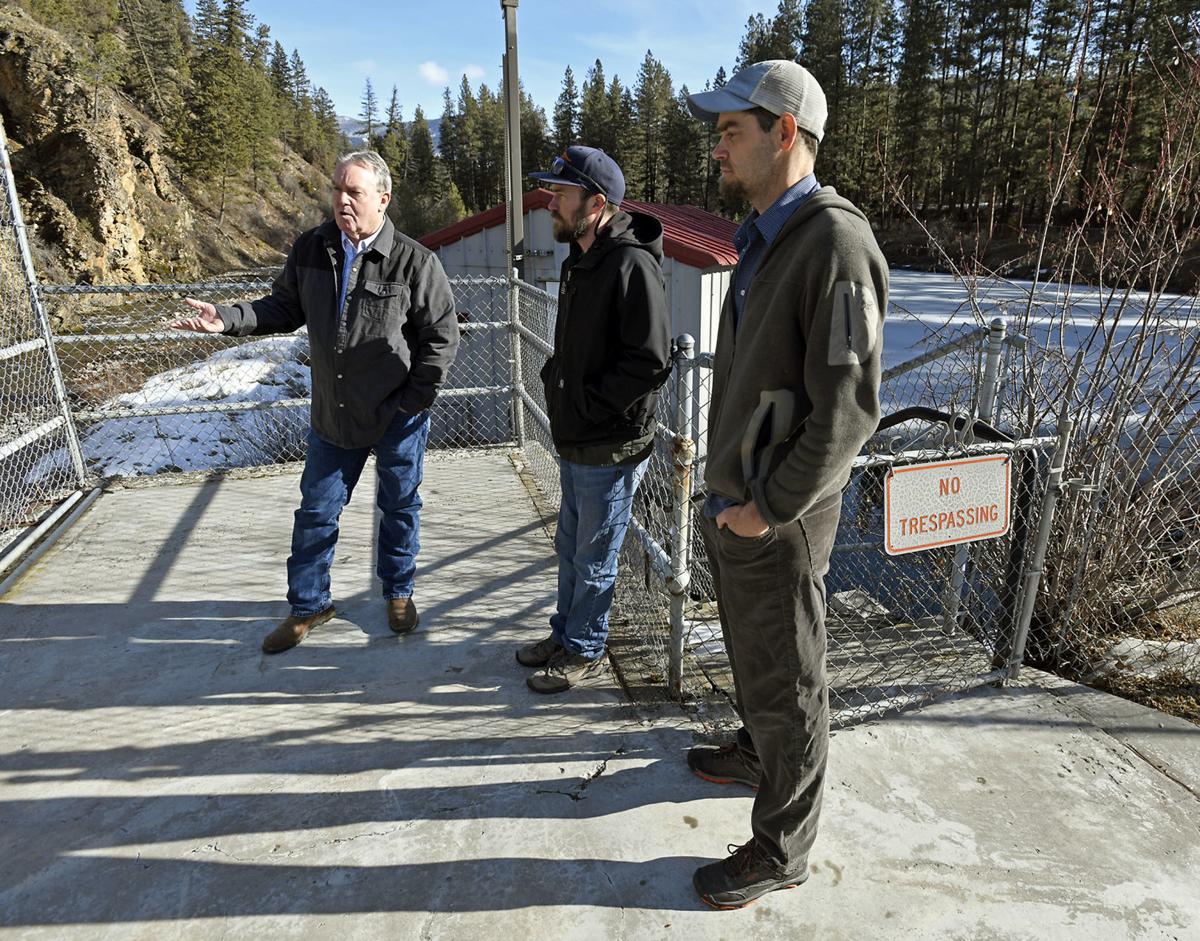 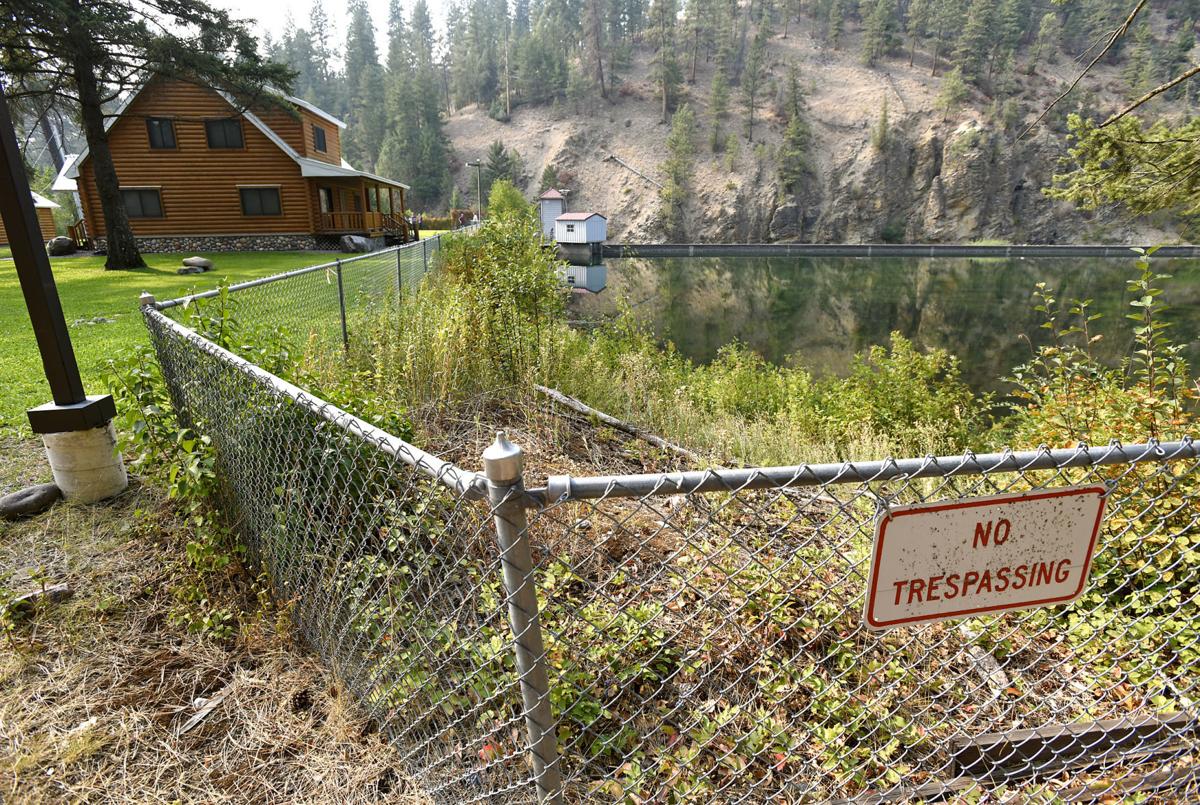 A caretaker's residence sits next to the reservoir at the Rattlesnake dam. Both the house and the reservoir would likely be removed as part of a mitigation project at the site.

The city’s Parks and Conservation Committee recently heard a report on the effort underway for the past year to remove the Rattlesnake Dam, which dates back to the early 1900s. It was upgraded in 1924 as a reinforced concrete dam with a 3 million-gallon settling pond behind it, and was used as the city’s primary water supply until a giardia outbreak in 1983.

“It’s an antiquated dam structure that has no functional purpose in the water system,” said Rob Roberts, a project manager with Trout Unlimited. “It’s not a flood-storage device, and not a power-generating device.”

The dam is about 4 miles upstream from the confluence of the Clark Fork River and Rattlesnake Creek. The city of Missoula took over ownership of the dam as part of the 2017 Mountain Water Co. acquisition.

Since then, Roberts, city staff and Montana Fish, Wildlife and Parks have been working on a plan for the dam’s removal to lessen safety and liability hazards, reduce the maintenance and operating costs, and restore the habitat for native and threatened fish and wildlife. He notes that about 100 people also attended an open house in 2018 to provide input on the project.

“We have done 50 percent of the preliminary design, which is sufficient to get good cost estimates but not a firm estimate. So we have a high and low range depending on anything from what diesel prices are to how much other construction activity is going on,” Roberts said. “So far, we have spent about $200,000 on planning, on-the-ground data collection costs, engineers, hydrologists and working on designs.”

The initial funding includes $140,000 from the Hewlett Foundation Open Rivers Fund; $25,000 each from Missoula Water and Northwestern Energy; and $10,000 from the Montana Department of Natural Resources and Conservation (DNRC).

Roberts said they have committed donations for upcoming work totaling $624,000. That includes $75,000 from the city of Missoula, $300,000 from the Hewlett Foundation, and $50,000 each from the Missoula Conservation District, Montana Future Fisheries and Northwestern Energy. Trout Unlimited also is donating $40,000.

He’s projecting another $800,000 in donations is in the pipeline, including $400,000 from the Federal Emergency Management Agency due to the possible dangers if the dam fails. Another $200,000 is anticipated through the U.S. Fish and Wildlife Service, and $125,000 from the Montana DNRC.

Generally, the current plan calls for temporarily rerouting Rattlesnake Creek so the water isn’t disturbed and made “turbid” during the dam removal. Next, rubble from the dam and accompanying structures would be buried in two repositories on either side of the creek, then the former meandering stream channel would be replaced.

Any materials that could be recycled or reused would be would be diverted to the city’s Missoula Water utility. Materials not suitable for the on-site repository would be taken to an off-site landfill.

“We are reversing what happened 120 years ago,” Roberts said.

As part of the effort to keep costs low, Roberts said they don’t plan on hauling any dirt to or from the site. Instead, they believe they can complete the earthwork with the materials that already are on site.

“We can restore the stream function and natural processes while maximizing habitat benefits,” Roberts said. “We want to balance the environmental benefits with the recreational benefits.”

Roberts and Morgan Valliant, the city’s conservation lands manager, said they hope to have the next public scoping effort and an open house on the project in May 2019.

Valliant noted that they’ve been developing a recreation plan for the site during the past year, and it will be part of the larger greenbelt along Rattlesnake Creek.

“We want it designated as a park preserve,” he said. “The primary management goal is for wildlife and the natural process, and that designation provides objectives and guidelines for development and how people use the site.

“It’s like Mount Jumbo, where most of the improvements are at the trailhead.”

On Wednesday, the Missoula Public Works Committee will hear a presentation on the Missoula Water Facilities Plan, which looks at the existing system, projected demands and reliability of the system.

Currently, the city’s 40 groundwater wells can generate 73 million gallons per day for about 66,000 customers. Area residents used about 140 gallons per day per person, which is less than Miles City, Helena and Billings.

As part of the study, engineers looked at the 10 Rattlesnake Wilderness Dams built on eight lakes in the wilderness area. The 100-year-old structures were meant to augment water supply for the city, and are near the end of their useful lives. However, they can provide a means to store spring runoff for release later in the season; Rattlesnake Creek is considered critical habitat for bull trout, which are listed as a threatened species.

While the dams are being preserved mainly as an emergency backup supply, they have limited value since there’s no means at this point for water treatment. Yet if the dams are decommissioned, the city may lose some of its water rights, which are among the most senior in the basin, according to the study.

It recommends rehabilitating the Big Lake, Sanders Lake, and Glacier Lake dams; maximizing the ability to release late-season flows for the benefit of fish habitat and recreation, which also would allow the city to maintain its senior water rights.

Parents send their troubled children to Montana for help. Oversight of these programs is intentionally lax

Former students at Montana’s residential schools complained about a lot of things in their interviews with the Missoulian: minutiae-laden “lev…

Life and death at Montana Academy

MARION — In January 2017, Ben Jackson arrived in Marion, Montana, where he would spend the last six weeks of his life. The blond, freckled 16-…

Montana’s failed attempts to beef up regulation of private, therapeutic programs for troubled teens parallel what has happened on the national level.

The dam's coming down and trails are going in.

The “gentleman’s agreement” on paying for waterline repairs is now part of the city of Missoula’s ordinances, and comes with a loan program to…

The work will allow the stream channel to reclaim its historic glory and connect vital wildlife migration routes, according to state officials.

The concrete of the 90-year-old dam is cracked and heavily corroded, and impedes the movement of fish in Rattlesnake Creek.

A caretaker's residence sits next to the reservoir at the Rattlesnake dam. Both the house and the reservoir would likely be removed as part of a mitigation project at the site.