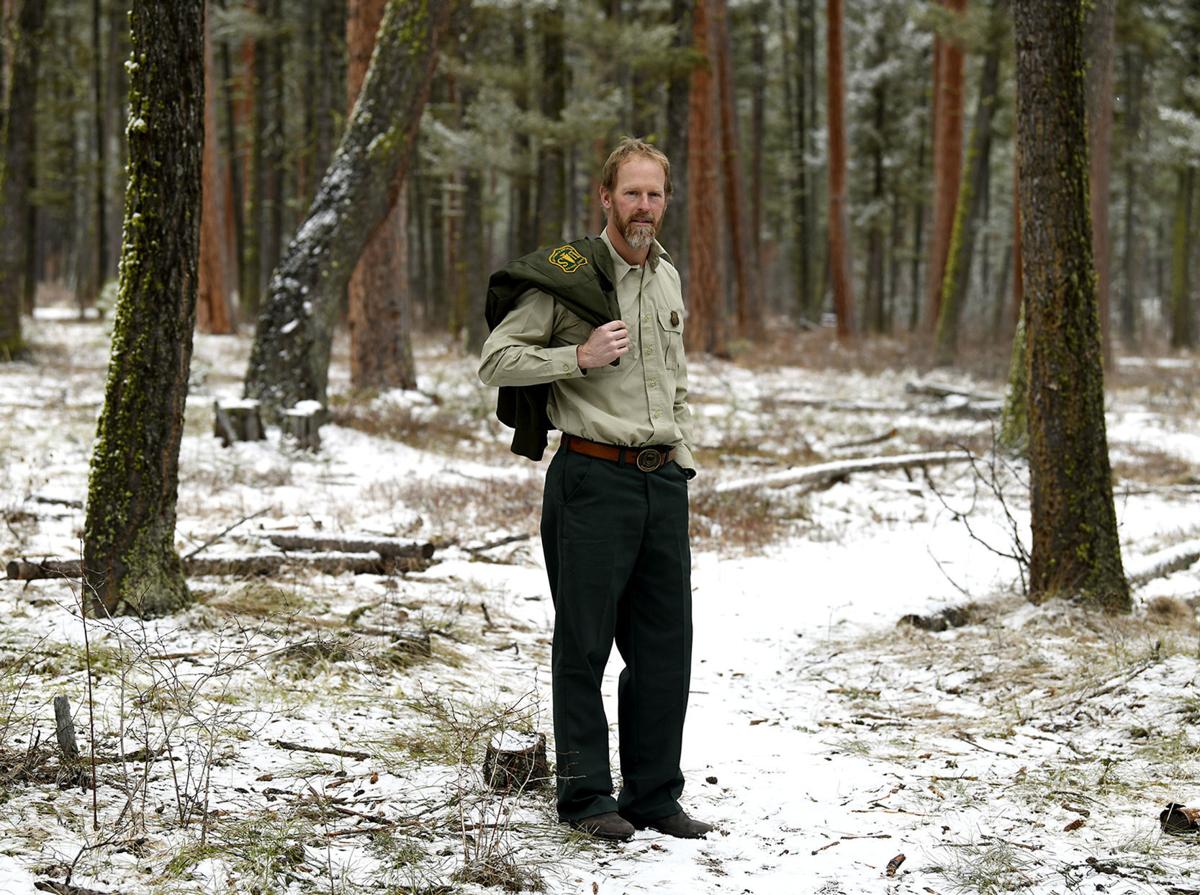 Tory Kendrick is the new acting district ranger for the Lincoln Ranger District on the Helena-Lewis and Clark National Forest. Kendrick has been manager of the U.S. Forest Service's Missoula Smokejumper Base for the last five years. 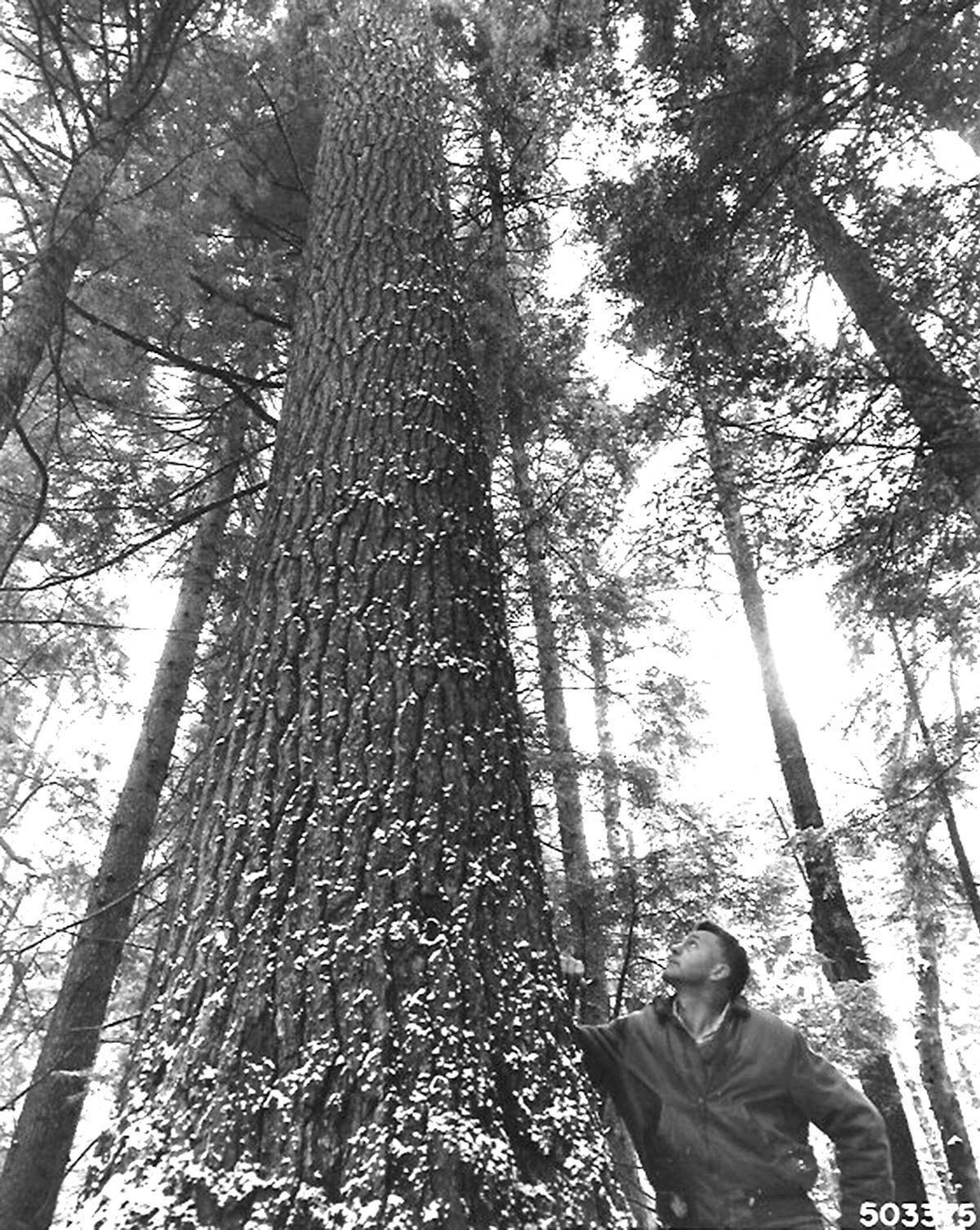 Tory Kendrick is ready to follow in his grandfather's footsteps and take the helm of of a chunk of America's public lands.

Kendrick, the manager of the U.S. Forest Service's Missoula Smokejumper Base for the last five years, has accepted a 120-day detail to serve as the acting district ranger for the Lincoln Ranger District. He starts in mid-January.

A smokejumper himself for the past two decades, Kendrick is deeply familiar with western Montana and said he's ready to take on a more supervisory role.

"I've been to 30 states fighting fires one way or the other," he said. "This is a little shift in gears."

As the acting Lincoln district ranger, Kendrick will be responsible for overseeing 310,000 acres of the Helena-Lewis and Clark National Forest and the southern portion of the Bob Marshall Wilderness Complex.

"The responsibilities of the ranger position include looking out for the safety and well-being of the folks who work for me, who work for the agency," he said. "As well as caring for the land and serving communities. My role is being a good listener, and working with partners and the county commissioners."

"Not that I'm keeping track or anything," he chuckled.

His grandfather Verland "Swede" Ohlson trained with the U.S. Special Forces in Helena during WWII and was a district ranger in New Hampshire for 23 years.

"It's the same shirt, the same agency," Kendrick said. "When they were looking to fill this position and I was asked to step in, I figured I owe it to him to see what it's all about. I really like the Forest Service's mission. I like the ways that it doesn't make it an easy job."

He said maintaining the health of the forest and balancing the desires and needs of various user groups, along with wildlife management, will be a priority.

"I'll have a goal of trying to have a forward-looking approach with anticipating future need and helping to create sustainable local economies while mitigating wildfire risk," he said. "It's a little bit all-encompassing, the approach the Forest Service takes."

Wildfires are a huge issue in Montana, and huge swaths of beetle-damaged trees are an ongoing concern for the forests that Kendrick will oversee.

Previous Missoulian reporting found that researchers have identified about 1.6 million acres of Montana forest that have been damaged by western spruce budworm, 12 million acres by pine bark beetles and another 5.3 million acres by a mix of other evergreen tree pests and diseases.

"Beetle-killed trees are an ongoing concern, and beetle-kill is a wildfire risk to communities," Kendrick said. "For a few fires up there, they've played a role and you never know what a wildfire is going to do. Our role is to keep the communities safe and provide opportunities for fuel mitigation, be it logging or fuel treatments and balancing that with recreation as well as wildlife habitat. It's a dynamic process."

He said he's going to give all stakeholders and partners a seat at the table and find common ground on the issues.

"There's many interests, everybody wants a say," he explained. "The agency is working hard to please all different users. It's a balance. In Lincoln, there's a movement to increase recreation opportunities, which will be one of the pieces. It's challenging. There's lots of different parties with sometimes conflicting interests, but there's lots of middle ground."

He said he'll hold public meetings in town with various groups and local fire departments and build coalitions that work "toward a positive end."

According to Chiara Cipriano, the public affairs director for the Helena-Lewis and Clark National Forest, the Lincoln Ranger District contains two developed campgrounds and two undeveloped campgrounds as well as three cabins and one fire lookout people can rent. There are a core 15 employees year-round in the district, although in the summer that number goes up to 55 with additional fire and recreation seasonal staff. The annual operating budget of the Lincoln Ranger District is approximately $2.2 million.

"Before those ever go out to the public, we have biologists and wildlife specialists making sure they're in the right area at the right time for the right reasons," he said of logging contracts. "We do have the unique responsibility of a lot of wildlife, including grizzly bears, on Forest Service Land. So along with recreation and fuels mitigation, we take that into account. That's an important piece of the puzzle, certainly, in that valley. We plan for the safety of the community and everybody."

In his previous role as the manager of the Missoula Smokejumper Base, Kendrick supervised about 70 smokejumpers as well as the tanker base, business office and visitor center at the Aerial Fire Depot. He has also served as the operations lead for the Missoula Smokejumpers, been a member of the National Wildland Fire Diversity Committee, served as the regional Incident Medical Unit lead and as the Region One coordinator for the national Ram-Air parachute transition.​ He's been fighting fires since 1995, whether on a hotshot crew, on an engine crew or as a smokejumper. He holds a bachelor of science degree in recreation management.

The position he's taking follows the promotion of current district ranger Michael Stansberry, who has accepted a promotion as forest supervisor of the Chippewa National Forest. Kendrick said he's going to take his time before he decides whether to apply for the job permanently or not.

"Kendrick has exemplary leadership skills and places a strong value on relationships," said Helena-Lewis and Clark National Forest supervisor Bill Avey. "He is innovative, compassionate, and dedicated to caring for the land and serving people. We look forward to the leadership he will continue for the Lincoln Ranger District and Helena-Lewis and Clark National Forest."

One Montana guide says there was a huge increase in tourists who wanted to flyfish like actors in 'A River Runs Through It' or people who didn't know bear-spray isn't like bug repellant.

Roughly 3.1 billion vehicle tires are produced every year to replace worn-out tires. Researchers have found that a chemical in tires causes mass deaths of coho salmon and say it could harm other fish.

David Erickson's most memorable stories of 2020

Imagine sipping a beverage and not worrying about icy roads on a train ride from Missoula to Butte, Bozeman or Billings.

“We hear honking all the time,” one downtown business employee said. “People are always going the wrong way, especially out-of-towners in the summer. It’s a pretty random one-way."

Tory Kendrick is the new acting district ranger for the Lincoln Ranger District on the Helena-Lewis and Clark National Forest. Kendrick has been manager of the U.S. Forest Service's Missoula Smokejumper Base for the last five years.