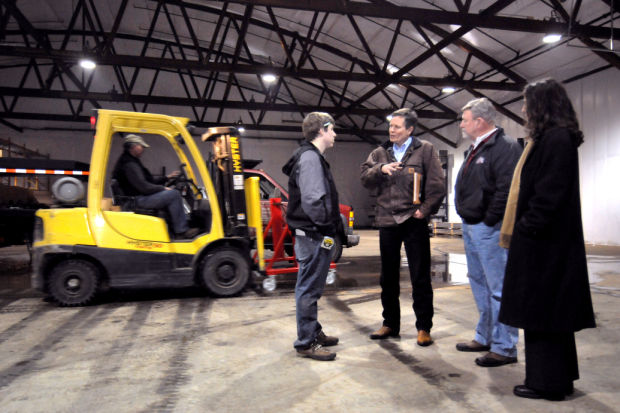 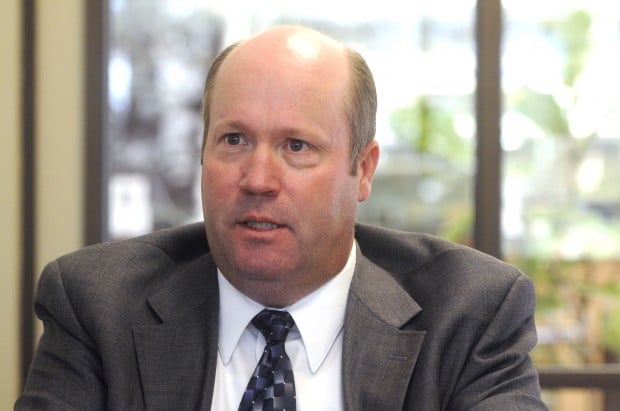 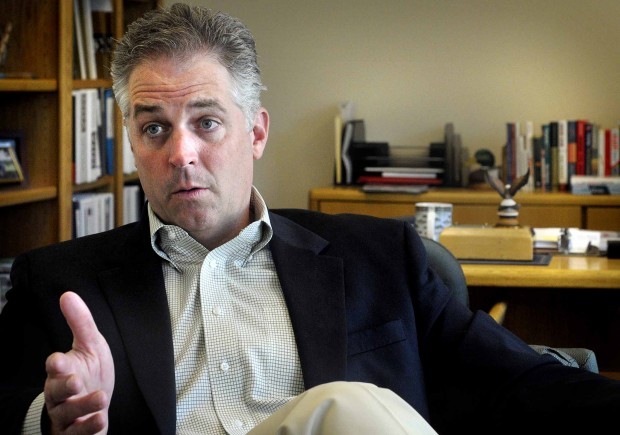 Jeff Fee is chairman of the Missoula Economic Partnership board.

Jeff Fee is chairman of the Missoula Economic Partnership board.

Missoula County has been in a recession but the numbers are starting to turn around, people heard at the Missoula Economic Partnership’s annual investor update meeting Thursday.

About 150 people, including the governor, investors and local leaders, attended the meeting in the University of Montana’s University Center to hear about the public-private economic development organization’s progress over the past year.

The overall economic picture is brighter than it has been, with projected 2.3 percent growth in Missoula County through 2016, reported Patrick Barkey, director of the University of Montana’s Bureau of Business and Economic Research.

“And we think we have a role in that as well,” said James Grunke, MEP’s CEO and president.

Grunke added that MEP’s purpose is to create opportunities to improve the economy.

The Great Recession lasted a year longer in Missoula than elsewhere in the state, Barkey said.

When the recession hit, inflation-adjusted wages plummeted and recovery has been slow. Now, though, Missoula County is projected to have positive growth through 2016, while the state overall is expected to experience 3.2 percent growth. Ravalli County also is expected to see growth of 2.2 percent, Barkey said.

The University of Montana and other state agencies make up the largest portion of Missoula County’s economy, at 21 percent. That sector is holding steady, Barkey said.

The retail and service sector, which makes up 19 percent of the county’s economy, is weak but not negative. Additionally, the wood and paper products sector is showing a hint of recovery, he said.

Transportation is doing well, as is health care, and tourism has seen modest growth, he added.

People are glad to hear the positive outlook, Grunke said.

Kim Latrielle, CEO of the Missoula Area Chamber of Commerce, said what she heard during the meeting reflects what she sees from local businesses.

Exciting projects are coming to fruition, she added. “It’s starting to happen.”

Montana is ranked seventh in the nation for having the best business climate, but businesses considering locating in the state often wonder if the available workforce will meet their needs, Gov. Steve Bullock said.

What those employers don’t realize is that the state has a pool of 300,000 workers, half of those university graduates who no longer live in the state, but who would love to return, Bullock said.

“So if you help us with that pipeline, we can further tap into it,” Bullock said.

This fall, Bullock traveled the state to examine what does and doesn’t work in the education system to shape the future workforce.

The education system must increase opportunities while decreasing the dropout rate, he said.

“In point of fact, if we’re really worried about what our workforce is going to look like and what the job opportunities are, we can’t start focusing on that kid when they either first enter the workforce or first are graduating from college,” Bullock said. “We need to be looking at them when they first enter the world.”

One of the ways to educate businesses about Montana’s workforce is to bring site selectors to Missoula so they can see the possibilities for themselves, Grunke said.

Every discussion with businesses doesn’t translate to new locations or jobs, Grunke said. “But that doesn’t mean we don’t keep trying.”

A developer’s showcase also brought potential investors to town to show them the possibilities and resulted in several properties under contract by one of the showcase’s attendees.

The bulk of the organization’s work remains supporting and helping local business expand, and the partnership has helped secure more than $1.7 million in funding for local companies, including Hunting GPS Maps, Nutritional Laboratories, TeraDact Solutions, Rocky Mountain Biologicals and Rivertop Renewables. Those businesses plan to add a total of 235 jobs.

Another four businesses gained access to hundreds of thousands of dollars through the MEP Angel Network, and MEP helped an incoming company get nearly $1 million to support 200 new jobs.

One hundred and 12 businesses received strategic guidance from MEP, and the partnership presented 43 Innovation Initiative sessions.

Although MEP has shouldered its share of criticism for not making progress quickly enough, Grunke said the organization is moving into the third full year of its five-year plan under a methodical and strategic system that required first laying a foundation.

“So now we’re seeing the benefit of the groundwork,” he said.

In addition to new businesses locating in the area, local businesses are adding small numbers of jobs, Grunke said. “That’s what pays off.”

More than a dozen new investors over the past year brought their business expertise to the table to further help attract businesses, and Grunke said their willingness to come to the partnership validates the work the organization has been pushing the past three years.

MEP board chairman Jeff Fee agreed that the systematic approach is working.

“This sustained, methodical, professional effort will continue and we will see success,” he said.

Also during the meeting, Jeff Crouch, Tom Pew, Deb Poteet and Bill Squires were appointed to the MEP’s 16-member board.

Despite lengthy talks to bring Frontier Airlines to Missoula as a low-cost air carrier, the …

Liquid Planet’s innovation is something the U.S. Department of Commerce would like to see fr…

It’s as critical to a community’s success as good roads and running water.