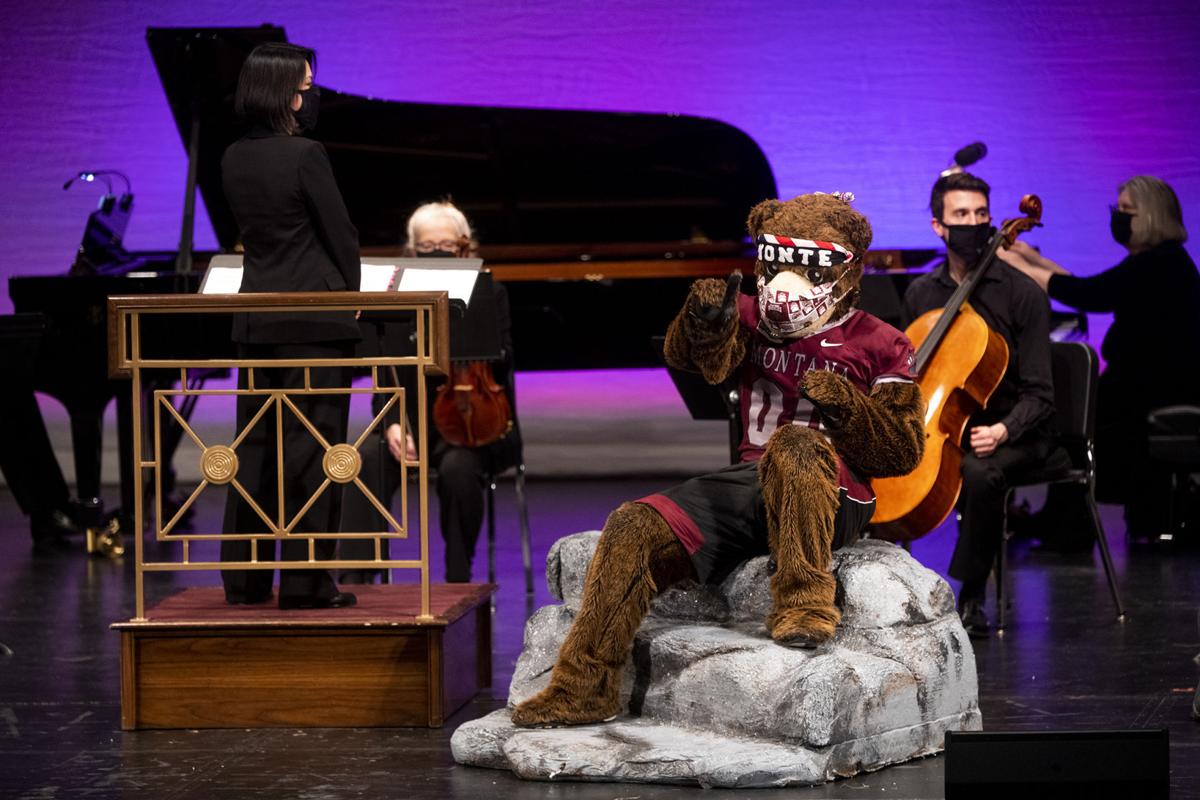 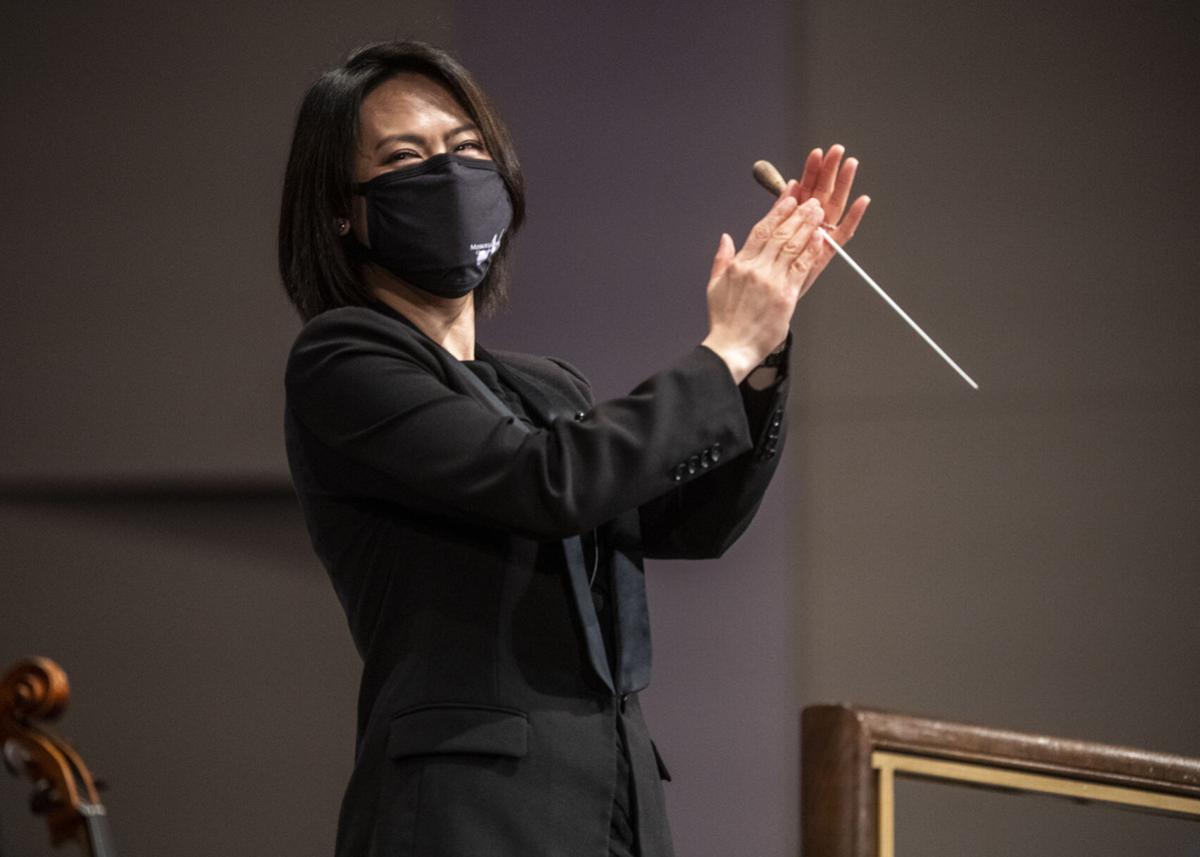 "I'm so glad we're able to present a piece that has so many different elements come together and so much depth," said Julia Tai, the new music director for the Missoula Symphony Orchestra. 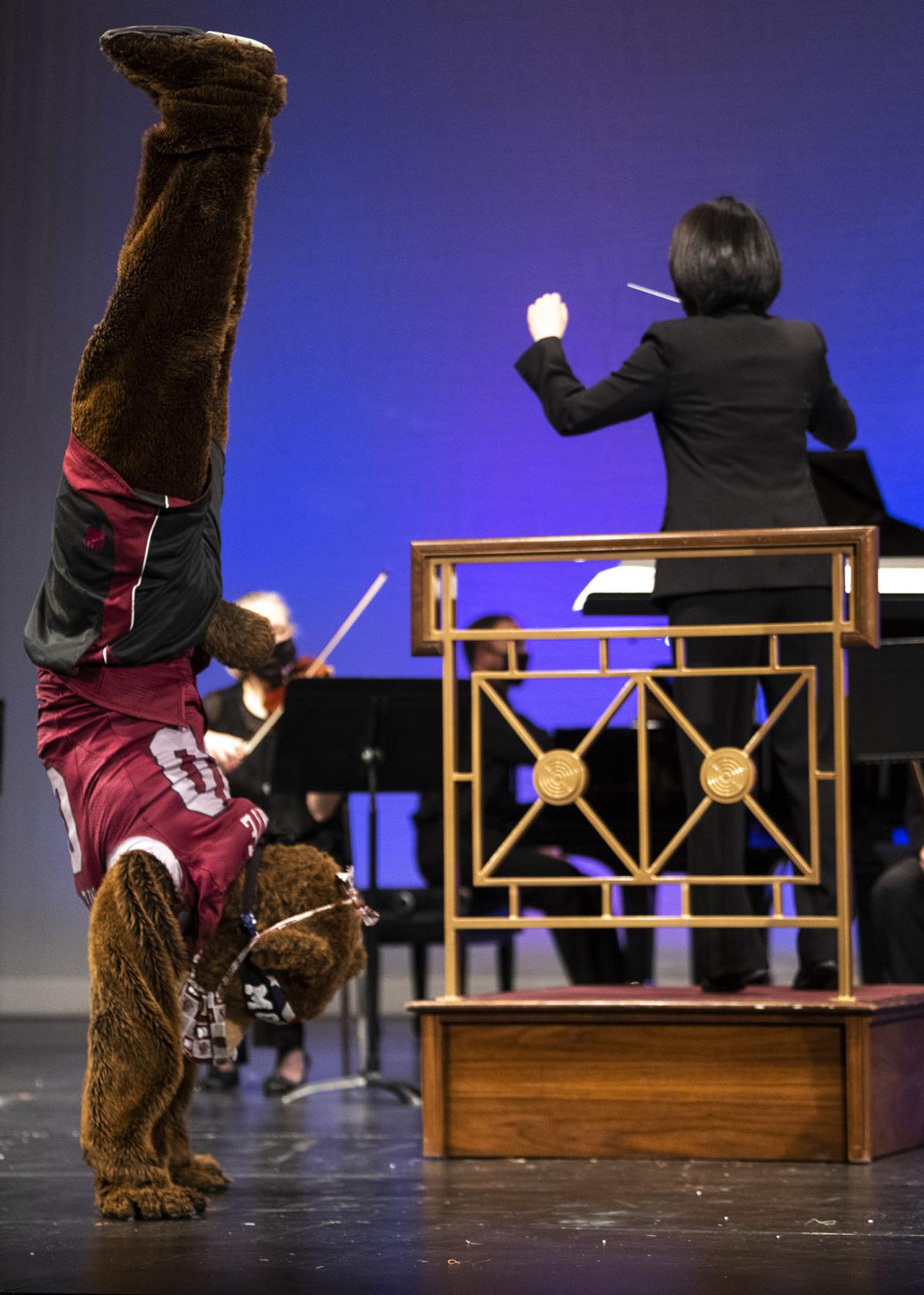 Monte makes a surprise guest appearance in "The Carnival of Animals," goofing around with musicians. 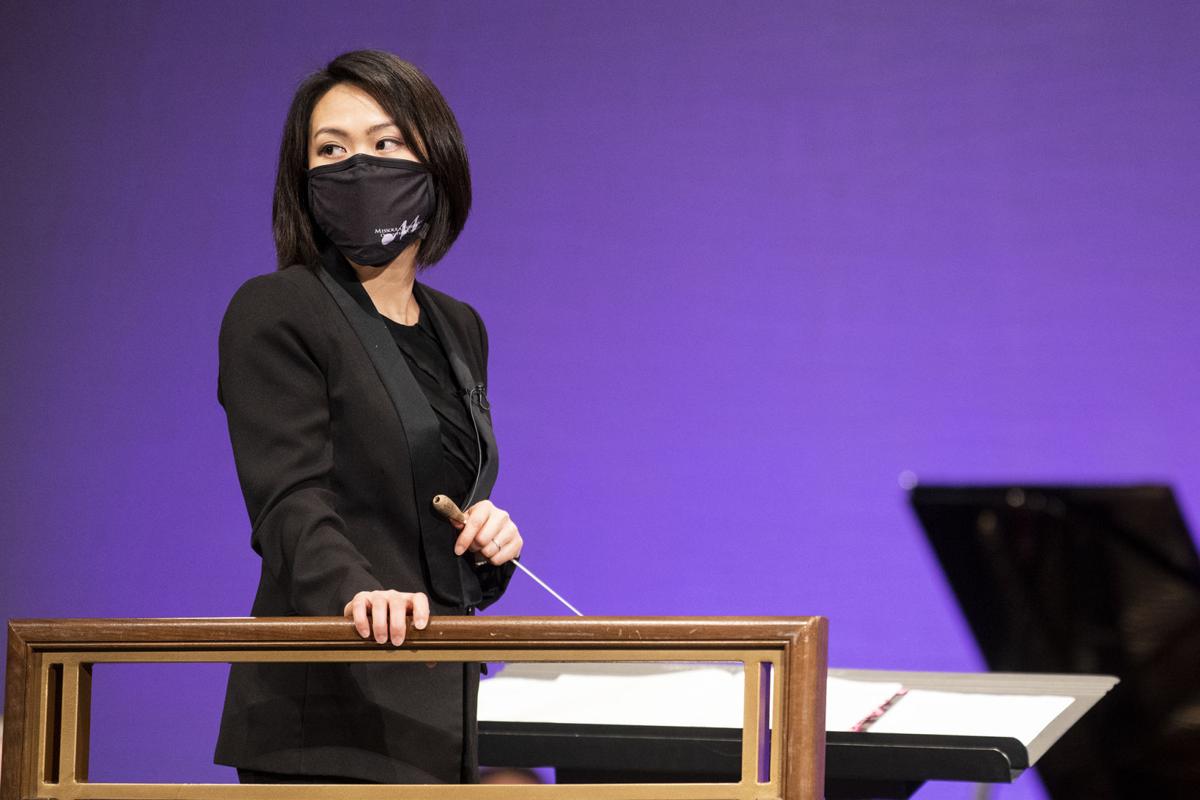 She’s jumping in with a collaborative beast, though.

“I'm so glad we're able to present a piece that has so many different elements come together and so much depth,” she said. “From the theater, from the music, the literary and the natural history, the animals, and so it all came together and it's such a wonderful experience for me as a performer.”

The musical work uniting the whole menagerie is French composer Camille Saint-Saëns’ “Carnival of the Animals,” making for about 45 minutes and 14 movements about different wildlife and critters.

Rounding out the information and entertainment are contributions from the Montana Natural History Center and local actor/director/comedian Rosie Seitz-Ayers, who developed the theatrical portion, with four costumed actors.

Ellen McKenzie, the Hellgate High School choir director, updated the lyrics, with contemporary references to keep it accessible — besides a few jokes, there are also new verses about fossils in a natural history museum coming to life at night. The history center produced a digital field guide, which has information about animals and their habitats.

Monte makes an improvisatory guest spot, doing backups and goofing around with the musicians.

The concert was filmed in early February at the Dennison Theatre at the University of Montana, with a slimmed down orchestra of 10 — five string players, one percussionist, and two woodwinds and, to make for the loss in numbers, two pianos.

“They are such a powerful instrument. They create a lot of sound, and then they also could portray a lot of different kinds of animals,” Tai said.

Flutes take the spotlight during the aviary movement — the bass is an elephant, since it can approximate the “clunky walk.” The cello takes the well-known swan movement, and violins are mules.

“They really bring the animal sounds into each instrument,” Tai said.

Montana PBS is handling the video production, and their camera operators were able to get close-up shots of the instruments — an educational bonus for kids. The station is editing together the final hour-long video, which will have other visual flourishes — images of animals on-screen, plus projected images behind the ensemble.

“We wanted to make it as fun as possible and to really have the visual aspect for the kids to pay attention,” Tai said.

(The MSO did this for Holiday Pops, too, and it’s a feature Tai wants to experiment with its full symphonic concerts when those resume.)

The concert is streaming for the public this weekend (see box), but like prior family concerts, the school outreach is an important part. It’s going to reach 53 schools, including 14 new ones in other cities like Helena, Butte, Darby and Victor, and all the way over in Wolf Creek, Broadus and Glasgow. That roughly means 5,250 students will see it compared to 2,000 in 2020, when the concert was exclusively an in-person event.

The symphony’s season has two streamed Masterworks concerts ahead to round out the 2020-21 season.

“It’s perfect because we cannot have a large orchestra,” Tai said, and the instrument’s intimate nature will lend itself well to a trimmed-down ensemble. The program is rounded out with works by Strauss and Dvořák.

In early June, the guest soloist is Kelley O’Connor, a Grammy Award-winning mezzo-soprano. She’ll sing Mahler songs arranged for a smaller orchestra. Elsewhere on the program is a new piece by Anna Clyne, a British-born composer now based in the United States, titled “Within Her Arms,” an elegy for her mother written for 15 string players.

The final half features Symphony No. 1 in G Major by Joseph Bologne, a Classical-era composer. His father was a French plantation owner in the Caribbean, and his mother was an African slave. He was educated in France when he was young, and he became a champion fencer, virtuoso violinist and conductor and composer. After fighting in the French Revolution, he wasn’t able to restart his career, Tai said, and his work fell into obscurity.

While not well-known, orchestras have been revisiting his work, including this symphony, which has “so much depth, and (is) so lively, so we’re happy to be able to bring these back to the audiences, and I think this music deserves to be heard.”

The Missoula Symphony Orchestra and Chorale present their family concert, “The Carnival of the Animals,” this weekend. It’s available to stream on demand from Friday, March 5, at 7 p.m. through Sunday, March 7, at 10 p.m. A pass is $8 per person. Go to missoulasymphony.org or call 406-721-3194 for more information.

'Entanglements': An artist-archaeologist's encounters with nature

Eric S. Carlson's work has been shown locally, including the Brink in 2015 and Montgomery Distillery in 2019.

Picasso pitcher: Gallery shows off a ceramic by the master

When going about daily life in Montana, no one expects a Picasso in the corner, but there it is.

"I'm so glad we're able to present a piece that has so many different elements come together and so much depth," said Julia Tai, the new music director for the Missoula Symphony Orchestra.

Monte makes a surprise guest appearance in "The Carnival of Animals," goofing around with musicians.