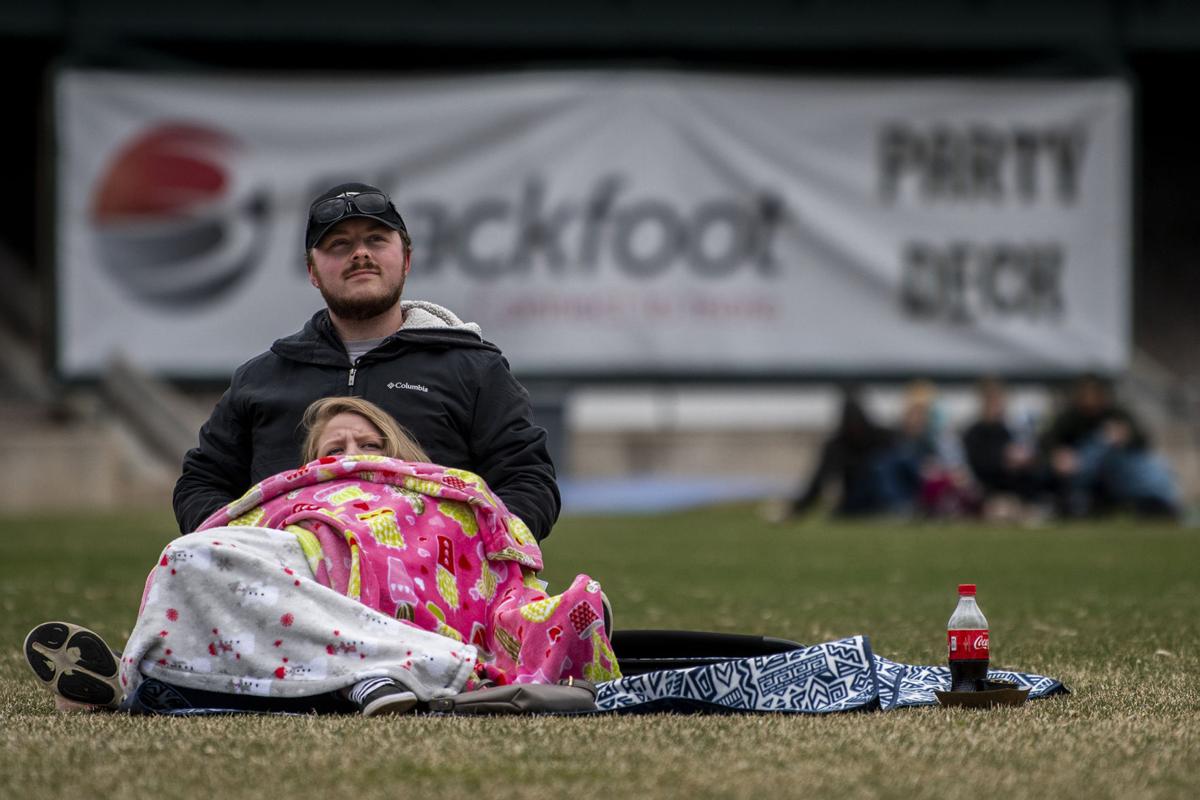 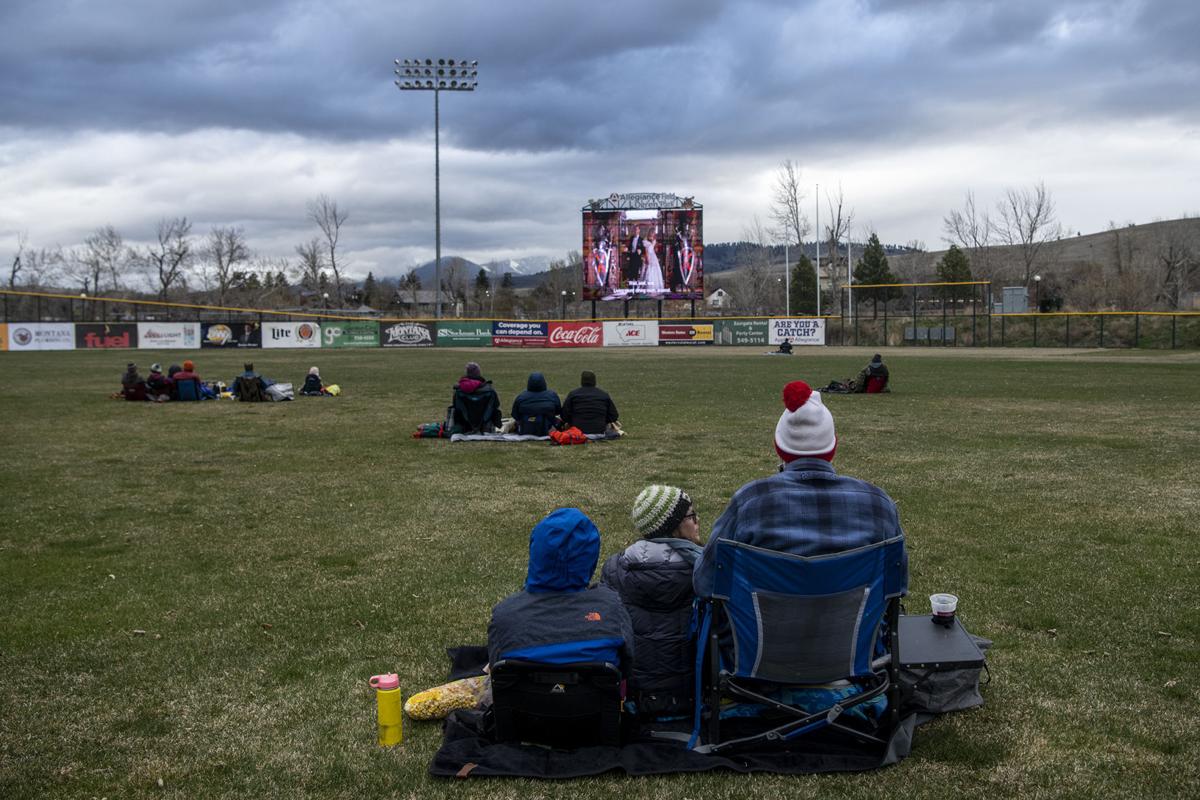 Last year, the capacity at Centerfield Cinema showings was 1,000, though that number has been bumped up to 2,000 this year.

The ballpark movie season is here again at Ogren Park at Allegiance Field.

It kicked off on Thursday, when a small crowd turned out to see Tim Burton’s “Batman” despite the gray weather, which matched the aesthetic of Gotham City.

The screenings are a partnership between the PaddleHeads and the nonprofit Roxy Theater, started last summer as a socially distanced option when most indoor events had been canceled.

It was “a blessing in disguise,” said Taylor Rush, the team’s marketing director. Baseball season had been called off and the Roxy wasn’t open to the public. The PaddleHeads, meanwhile, had a huge venue with a big screen on the field, and the Roxy picked out a lineup of summer classics.

“We’re super-excited to have that partnership again,” said Mike Steinberg, executive director of the Roxy Theater. “We’re psyched for the summer again and getting out there and watching movies.”

There was no shortage of enthusiasm based on the turnout and the number of costumes.

“We had so much fun last year putting the movie nights on,” Rush said. “The very, very first movie we had, ‘Purple Rain,’ not only were we all blown away by the support that we got from the community, all the people that came out and enjoyed it, but there was a moment when everyone started dancing at the end when he’s playing ‘Purple Rain.’

“I mean, I’m not making this up," he said. "There are people on our staff who cried.”

Sixteen of the 19 showings sold out last summer. Their capacity was limited to a thousand, with people seated in the stands and on socially distanced squares spray-painted on the grass. This year, they’re bumping up to 2,000.

Since baseball season is back on, they can’t have spray-painted squares on the green. “It might be a bit of a challenge for our left-fielder to track a ball,” he said.

Instead, they’ll probably use ushers to help people spread out and monitor.

“Missoulians are very courteous and smart and they recognize to be a good part of the community in the last year, we’ve had to give people space and you have to be conscious of your surroundings.”

Stadium gates will open at 5 p.m. for the 6:30 p.m. showings. Go to bit.ly/CFCinema for more information and tickets.

Here’s the lineup for this summer. They’re all on Thursdays.

The Roxy is open for rentals and screening outdoor movies at its movie garden for the International Wildlife Film Festival, which runs through May 15. Check wildlifefest.org for more information on tickets. One film, “Kingdoms of Fire, Ice and Fairy Tales” plays at Ogren on Saturday, May 8.

The PaddleHeads are planning more outdoor community events this summer, such as yoga and golf in the ballpark, a river cleanup, an Indigenous celebration (following up last year’s Natives Got Talent), a Teton Gravity Research ski film premiere, and more. Go to paddleheads.com.

Think of the phrase "functional ceramics" and what might come to mind are cups, bowls and vases.

Last year, the capacity at Centerfield Cinema showings was 1,000, though that number has been bumped up to 2,000 this year.