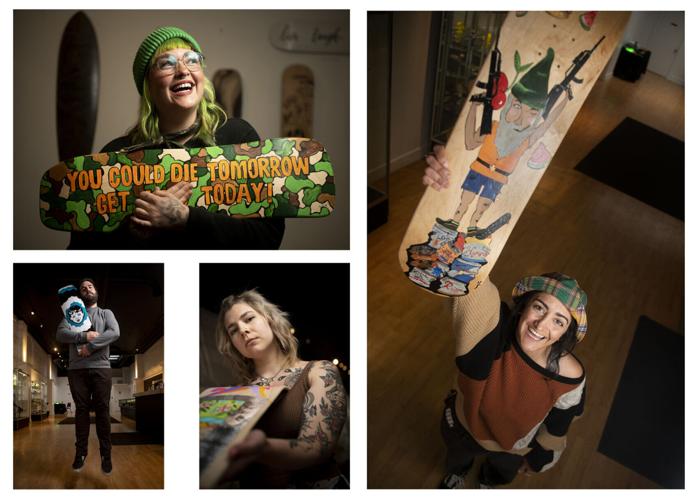 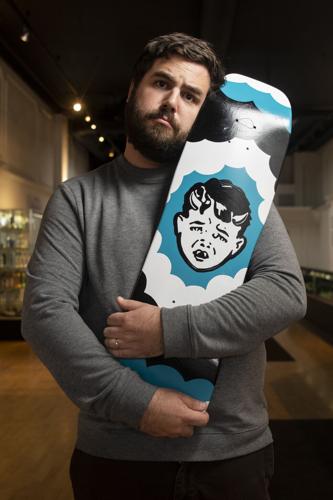 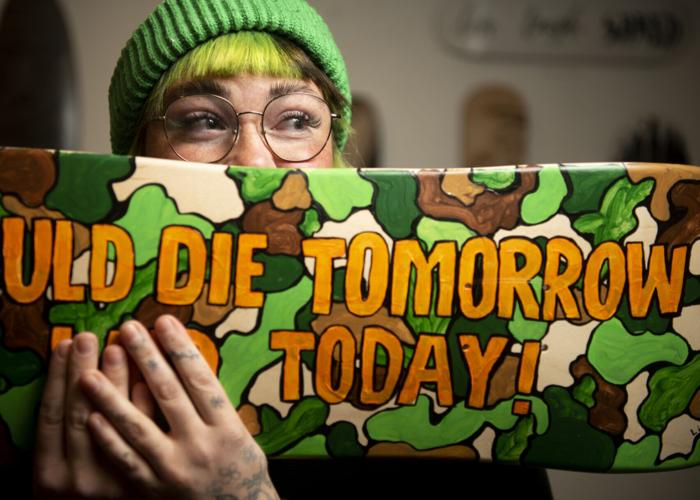 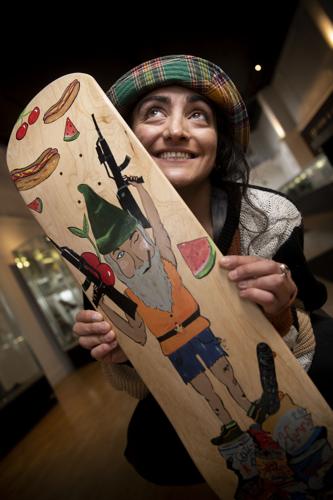 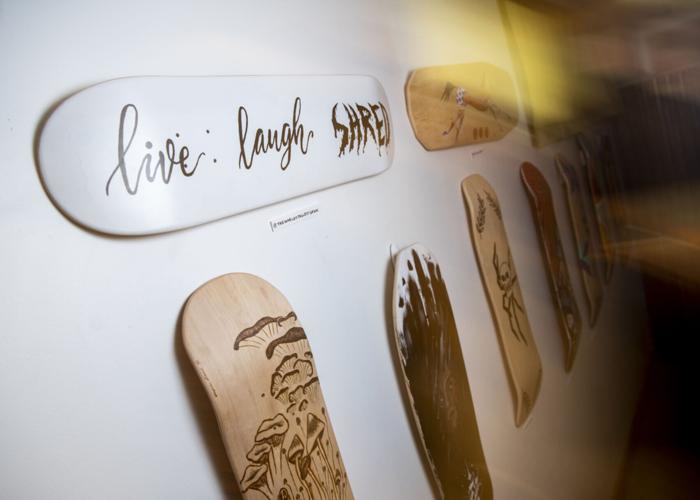 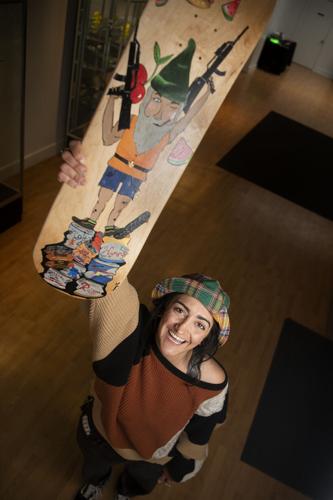 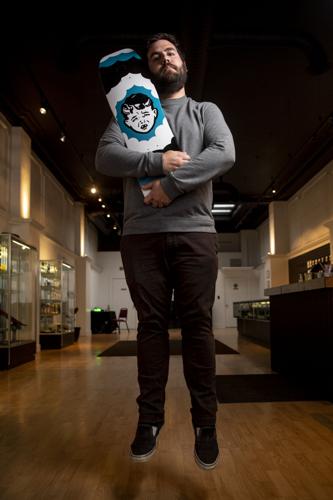 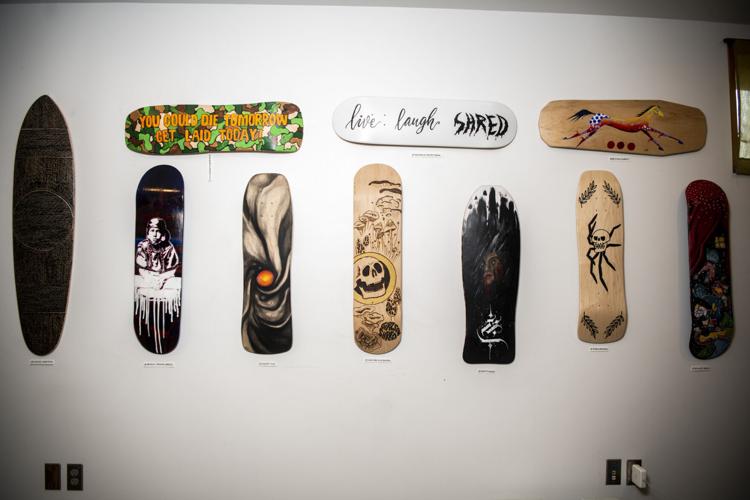 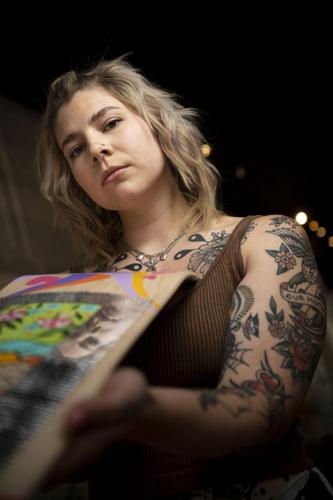 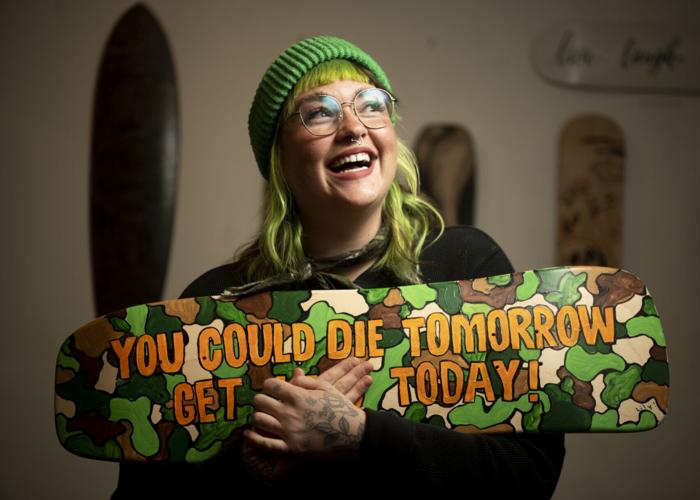 Girls on Shred has been a fixture in Missoula since 2010. A division of the Missoula Skatepark Association, Girls on Shred gives women, transgender and non-binary people the chance to learn and practice the arts of skateboarding and snowboarding in Montana.

“At our Girls on Shred events, we find that it's super beneficial to have representation at the park when learning, whether it's someone of your ethnicity, age, skill level, sexual orientation, or gender,” Girls on Shred director Samantha Veysey Gibbons said.

Volunteers take time to learn skaters’ pronouns, make sure their gear is fitted correctly and that everyone feels welcome.

This auction is Girls on Shred’s second. It’s something the group plans to make biannual, Gibbons said.

"Our goal is to alleviate the pressure and intimidation of a male-dominated platform by hosting clinics that free up a safe space for girls and non-binary persons to learn and develop their skills," according to the group's website.

Last Sunday, the group launched its auction on eBay.

Lily Arthur has lived in Missoula for about six years and last year, Girls on Shred reached out to Arthur about designing a board. This year is her second time creating a deck for the auction.

Her design features a salacious piece of advice on an eye-catching camouflage print. She hand-painted the design in about two hours.

Arthur has done a few clinics with Girls on Shred and has plans to get more immersed in the sport in coming months.

She said skate parks can be intimidating if you're not a man, especially if you're just starting out with skating and aren't that skilled yet.

"Creating something that makes skating more inclusive is really important," Arthur said of the organization's mission.

Max Mahn, another local artist, has lived in Missoula his whole life.

His deck design this year is something he describes as "Teletubby-esque," nodding to the demon baby print he came up with.

Mahn rarely donates his art, but said because Girls on Shred is such a cool organization he jumped at the opportunity. Mahn usually screen-prints his designs, so hand-painting the deck was a change in medium, he said.

“It’s awesome being able to promote their work and make it less of a hidden subculture,” Mahn said, adding Girls on Shred steers the skate community away from being a boys club.

"Who would've thought Montana would be such a cool place for skating?" Mahn said.

A link to bid is available on the Girls on Shred Instagram page, @girlsonshred.

The group is also taking donations, which can be made on the Montana Skatepark Association’s website.

Occupants of the vehicles sustained minor injuries. One person was transported to Providence St. Patrick Hospital.

Mark V. Hurst last made contact in Missoula on May 12 in the Michael Road area at about 9 a.m.

Around 2:47 p.m. on Saturday, Lincoln County Sheriff's deputies responded to a shooting at the Alexander Creek Campground just north of Libby.

'Lady in the Beer Glass' statue stolen from Lolo saloon

The large fixture stands outside of KT's Hayloft Saloon in Lolo. It was taken in the evening of May 15.

Wilson D. Huyser, 33, from Rollins, was arrested on Monday, according to a press release from the Whitefish Police Department.

Around 8 a.m. on Tuesday morning, a Missoula police officer tried to make a traffic stop on a maroon Dodge Ram 1500. The truck failed to pull over.

China's protests over lockdowns spread to campuses and communities abroad

China's protests over lockdowns spread to campuses and communities abroad