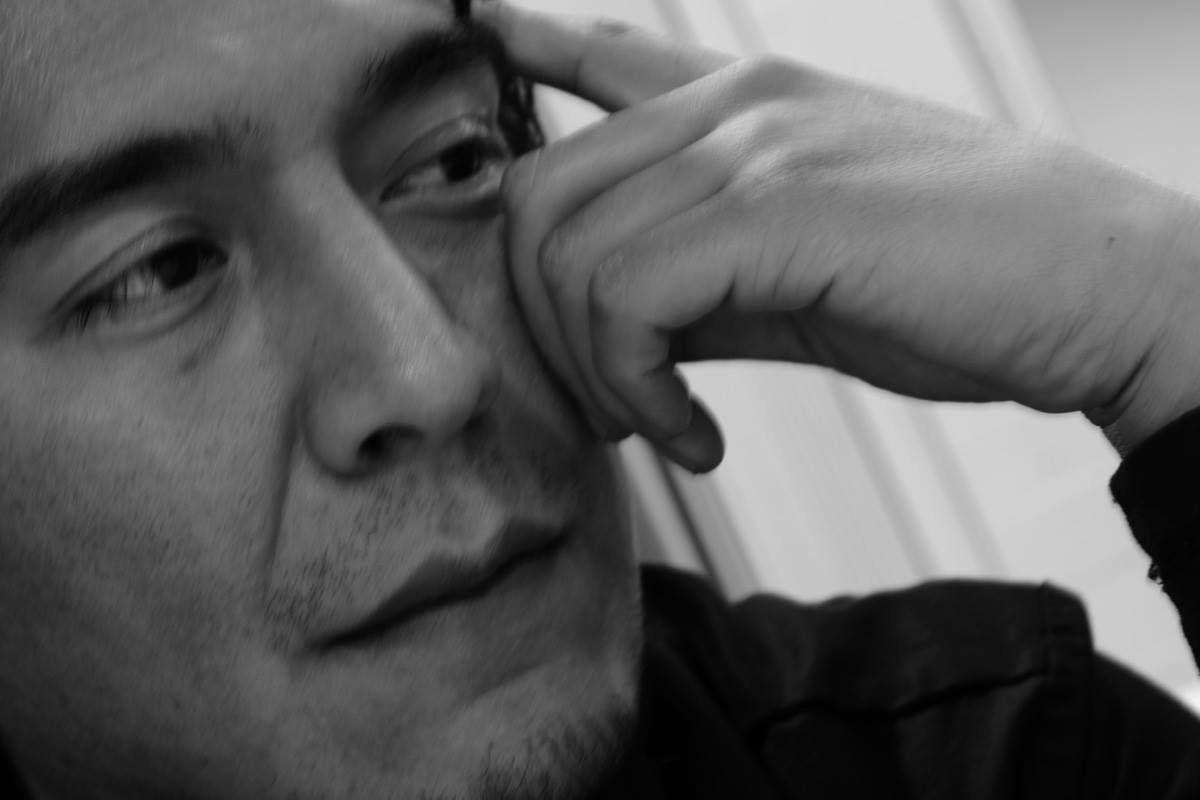 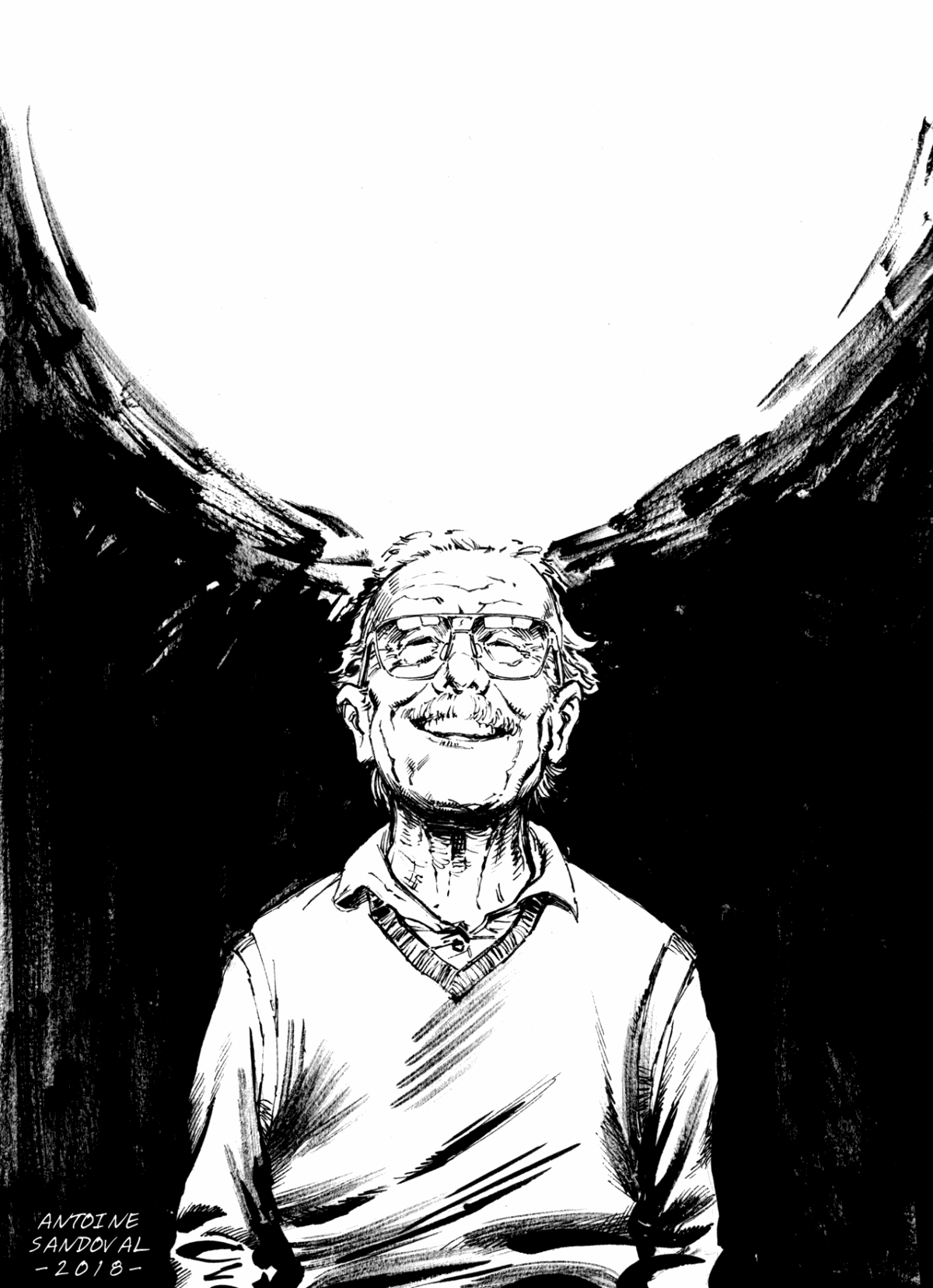 ARLEE — Artist Antoine Sandoval is drawing widespread support as he recovers from a recent car accident.

If you’ve spent much time on the Flathead Indian Reservation, you’ve probably seen Sandoval's artwork. He’s designed logos, posters, children’s books and even a basketball-clutching eagle for the floor of the Two Eagle River School’s gym.

To many, the breadth of that portfolio might suggest natural talent. But when Sandoval spoke with the Missoulian Wednesday, he credited his career’s successes to others.

“It really comes down to the support that I had from my family and the community,” he said.

Both are now rallying around Sandoval, who was in a severe accident when driving from Missoula to his home near Ravalli on Thursday night. His brother Sam said his outlook is good, but predicted that “he's in for a long haul because of his injuries."

Sam Sandoval, the editor of the Char-Koosta News, has seen Antoine’s talent develop. “We have a really strong strain of art in our family,” he said. They're the sons of artists Tony Sandoval and Joanne Bigcrane. As Antoine Sandoval said said with a chuckle during an interview last week with the Missoulian,  “art was kind of hard to get away from.”

By the time he reached his teens, others in the profession took notice. “I think it was in eighth grade, [when] I drew a picture of an anthropomorphic eagle holding a basketball.”

George Price, the art teacher at Two Eagle River School, liked it, and “it was painted in the center of our gym.”

Sandoval said it’s since been removed in a renovation. But since his time at Two Eagle River and Salish Kootenai College, he’s found countless other outlets around northwest Montana. He estimates logos — mostly for tribal agencies and programs and local businesses — make up 60 to 70 percent of his work.

But since high school, one art form has captivated him above all others. “I'm absolutely fascinated by black and white comic book art.”

He was wearing a T-shirt with one of his black-and-white illustrations, depicting characters from The Manna Chronicles, a fantasy comic-book series he’s been developing with Vancouver-based writer Ian Fults.

They’ve been pitching the series to publishers after months of painstaking development. “We actually have hour, two-hour discussions on the smallest things, down to, ‘Is she right-handed or left-handed?’ or, ‘Does a person have long hair or short hair?,’” he said. Despite — or perhaps because of — this fine-toothed self-scrutiny, he said “it’s been a ton of fun.”

Through so many projects, Antoine has gleaned two key lessons for aspiring artists. “One of them is don't seek perfection. Seek something finished. … The second thing,” he says, is to “find your own voice. Don't worry about what this person is doing, don't try to copy them.”

Watercolor and ink were his medium for one of his latest projects, the Illustrations for the Confederated Salish and Kootenai Tribes’ new documentary “In the Spirit of Atatice.” Depicting the efforts by 19th-Century Pend d’Oreille Indians Atatice and Latati to bring bison to the Flathead Indian Reservation presented new challenges.

With no historical photographs of Atatice, “I kind of had to build him from the ground up.” His mother gave him hundreds of antique pictures, and “I just took all of those things and kind of designed Atatice, and I did kind of make him look like me,” he said with a laugh, a decision that drew some ribbing from the rest of the production team.

Sandoval was returning from a screening of that film in Missoula on Thursday night when he sustained severe injuries in a car crash. He was flown to Seattle’s Harborview Medical Center, and staff there said he was in stable condition Sunday afternoon.

“It's a collective shock because he's well-known. He's loved among a lot of his peers,” Sam Sandoval said.

While clear-eyed about the extent of his brother's injuries, Sam Sandoval is optimistic his brother will pull through — and heartened by the extensive support. “It sounds like he's in good spirits so far. … He's got a lot of support behind him, he's got a lot of friends who are concerned about him.”

His interests seem to have survived the accident. Soon after Antoine woke up, Sam Sandoval said, he asked, "Am I a superhero yet?"

Sandoval's art can be viewed on his Facebook page, "The Art of Antoine Sandoval."

PABLO — “A story about a history that is alive right now” drew about 150 guests to Salish Kootenai College Wednesday night. That line came ear…