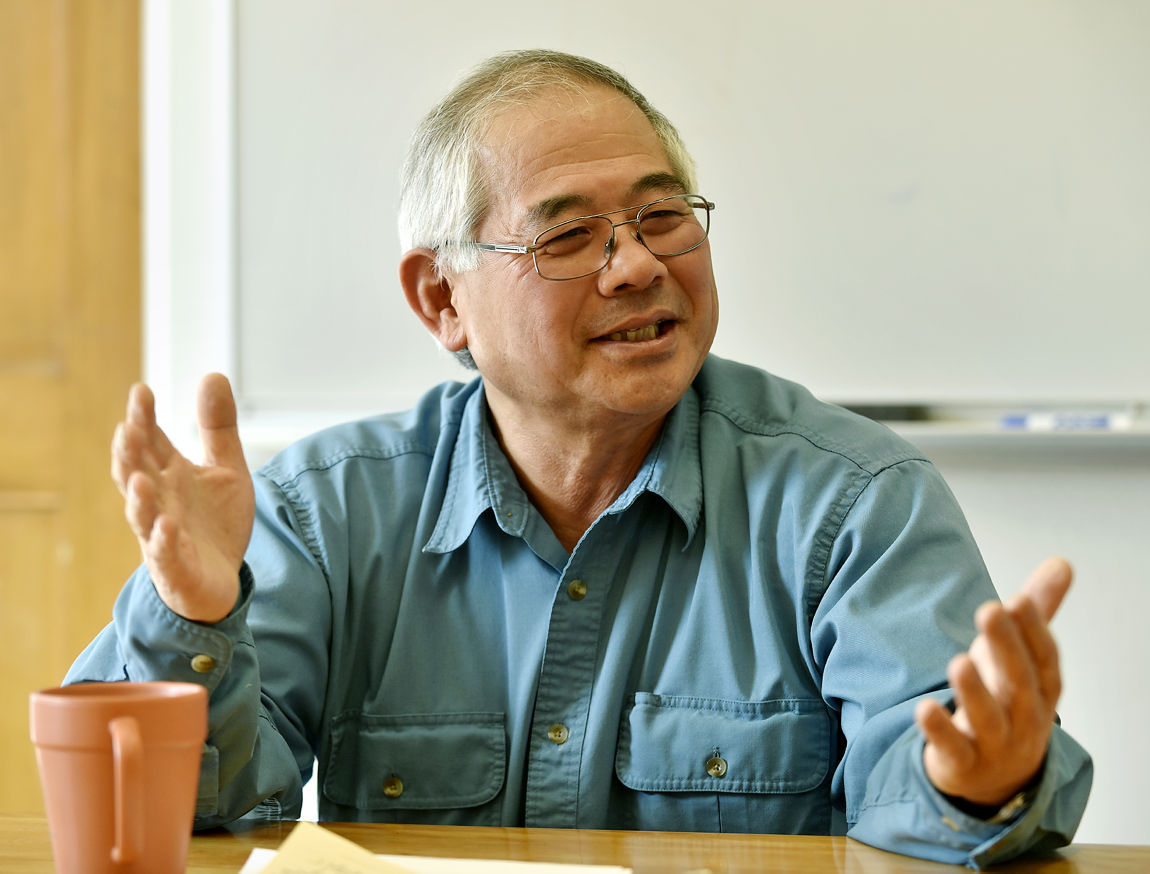 Ron Wakimoto is wrapping up more than three decades of teaching fire science at the University of Montana's School of Forestry. Wakimoto helped lead the way to current policies that follow the science of fire as a natural part of the landscape. 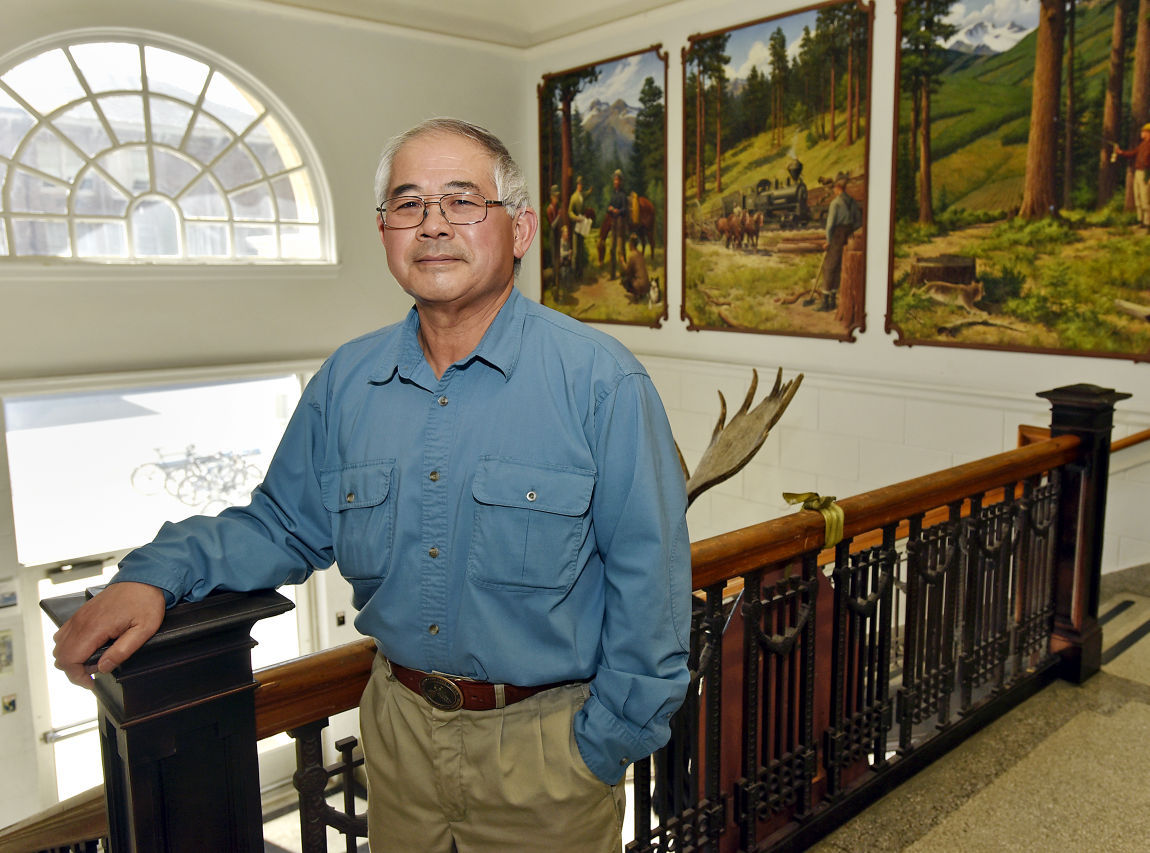 In his time at UM's School of Forestry, Wakimoto says the diverse range of out-of-state student backgrounds has helped with the challenges of managing trees in Montana that require centuries to reach maturity.

Some fire scientists burn down hillsides. Some burn up whole fire policies.

Ron Wakimoto has done both, developing research that helps save the lives of firefighters and helps return fire to the woods after a half-century of fighting to keep it out. Last week, he wound up more than three decades of teaching fire science at the University of Montana’s School of Forestry.

“Ron has been a leader in terms of teaching, and we wanted the students to be able to hear from an elder,” said Colin Hardy, director of the U.S. Forest Service Fire Sciences Laboratory, just before Wakimoto spoke to the annual Mike and Maybelle Hardy Lecture audience last Thursday. “He taught us we need to think about fire management, not just fire suppression. On the political and management side, it’s about air tankers and people on the ground and big iron – it’s a big show. But among fire managers today, Ron’s speaking to the choir.”

In large part, Wakimoto taught the choir. Hardy recalled giving his 1983 master’s thesis defense with Wakimoto in the audience. Last week, one of Wakimoto’s Ph.D candidates was testifying next to Forest Service Chief Tom Tidwell before the Senate Energy and Natural Resource Committee.

“I’m the one who doesn’t wear the green underwear,” Wakimoto joked about his presence as the academic in rooms full of U.S. Forest Service officials. “Policy and science rarely go together.”

Wakimoto got his initial introduction to fire studies from Harold Biswell at the University of California, Berkley. Biswell was a controversial figure then, picking up nicknames like “Dr. Burnwell” and “Harry the Torch” for his avocation of fire as a natural part of the landscape.

“He was doing that at a time when Smokey Bear was rolling,” Wakimoto said. “He had the science to show what was going on, but even in a forestry school that was kind of radical.”

Biswell, and Wakimoto after him, maintained that the forests of the western United States were not some pristine environment never touched by humans before the arrival of Lewis and Clark.

“When we took over Native American lands, it was a cultural landscape – not a natural landscape,” Wakimoto said. “The Native Americans took advantage of fire to get the landscape they wanted – to encourage better berry crops or lure wildlife. But it’s still the case that most of the public views the hunter-gatherer as not messing with anything but simply reaping from the land. That was never the case.”

Coincidentally, Wakimoto joined the Berkeley faculty the same year Smokey Bear died. He had a bumper sticker made up that read “Smokey is dead: Prescribe forest fires.”

“Those strong beliefs are so hard to change,” he said. “I remember watching an old Hopalong Cassidy movie where at the end, he said, ‘I hate forest fires more than all the diamondback rattlesnakes in the world.’ We were saying that lighting fires is unnatural. In fact, excluding fire is probably the most unnatural thing we’ve done in a long time.”

Studying forest fire is a little bit like dentistry for grizzly bears – really hard to get into a lab and likely to cause lots of damage if done wrong. Wakimoto recalled the first time Biswell took him out on a prescribed burn on a private resort in California. Instead of a drip torch, Biswell handed him a broom and told him to sweep all the pine needles away from the resort buildings’ porches and foundation.

“He told me we were going to burn right up to the edge of every building,” Wakimoto recalled. It was the resort owner’s way of providing defensible space for his compound, an idea he’d bought into with Biswell back in the 1950s. Wakimoto learned his biggest challenge was keeping the fire from getting off the property and into neighboring state forest land, where lack of burning had resulted in stunted, impenetrable tree tangles.

“Those trees were the same age as the ones Harold was working on, but they were six inches around and bent over,” Wakimoto said. “On the resort where Harold had been burning and thinning, they were 20 inches and straight.”

Wakimoto went on to study many of the features of wildfire that draw the most public interest: How to keep firefighters safe, what makes small fires become raging crown fires, and what can be done about the smoke wildfires put up. His skills have been deployed for the National Park Service in Glacier, Sequoia, Kings Canyon and Yosemite national parks. The U.S. Forest Service International Program sent him to Nepal and Bhutan to train firefighters.

In his time at the University of Montana, Wakimoto enjoyed the revolutionary arrival of global positioning systems which advanced his field the way DNA analysis supercharged biology. The ability to overlay geography, weather patterns, plant species locations, and historical use has made a huge difference in understanding how a place might respond to fire.

“Getting 3-D landscapes with all those types of fuels to look at, that was something that old-time firefighters just dreamed about,” Wakimoto said. “It’s a long way from spreading out a map on a pickup truck hood.”

He’s also appreciated the Forestry School’s wide range of student backgrounds. Over the years, forestry has attracted some of the most diverse out-of-state applicants for study. And their wide-ranging experiences have helped fill in the challenges of managing trees that may reach maturity in decades in north Idaho but require centuries in Montana.

Wakimoto grew up in California’s Central Valley, where his father ran a fish market. The family shut the business down every August, ostensibly because nobody wanted to buy smelly fish in the 105-degree summer heat. But it was really so the family could go someplace new and fish for themselves.

“The only place I went two years in a row was McAllister, Montana,” Wakimoto said. “The fishing was that memorable. When I resigned from Berkley to come to the University of Montana, my mother thought I was going to the ends of the earth. She’d been there in 1962. Dad just smiled. He figured I’d found a way to be out there and fish.”

Gov. Steve Bullock is looking out for the best interests of Montanans.

When Jason Hanlon looks at the wolf skeleton, he sees a little bit of himself.

Missoula College grad gave all as mom, student, employee 'and was rewarded for efforts'

Erin Ojala has served drinks at a casino and run the floor.

UM plans for rainy graduation ceremony; no umbrellas for grads

Rain or shine, the University of Montana will hold its main graduation ceremony in Washington-Grizzly Stadium.

Some nights, Jessi Cahoon would fall asleep with a study guide on her chest.

NINEMILE – It’s hard to find a forest fire without a helicopter hovering its way toward trouble. This summer, a few U.S. Forest Service choppe…

Anya Jabour is a professor in academia who recently jumped into show business.

In "Montana, an Uncommon Land," K. Ross Toole explains why the government program that granted small homesteads for dry-land farming in centra…

POCATELLO, Idaho – The multiple agency firefighters gathered in the shadow of Scout Mountain on Tuesday were deadly serious. In groups of four…

HELENA (AP) — With an above-average fire season predicted for Montana and throughout the West, state officials are looking to alternative fire…

With a few weeks of spring moisture left, Missoula Ranger District firefighters are busy lighting as many fires as they can before they have t…

Sen. Jon Tester has asked the U.S. Forest Service to remove limitations on which fire-science experts can travel to an international conferenc…

Ron Wakimoto is wrapping up more than three decades of teaching fire science at the University of Montana's School of Forestry. Wakimoto helped lead the way to current policies that follow the science of fire as a natural part of the landscape.

In his time at UM's School of Forestry, Wakimoto says the diverse range of out-of-state student backgrounds has helped with the challenges of managing trees in Montana that require centuries to reach maturity.