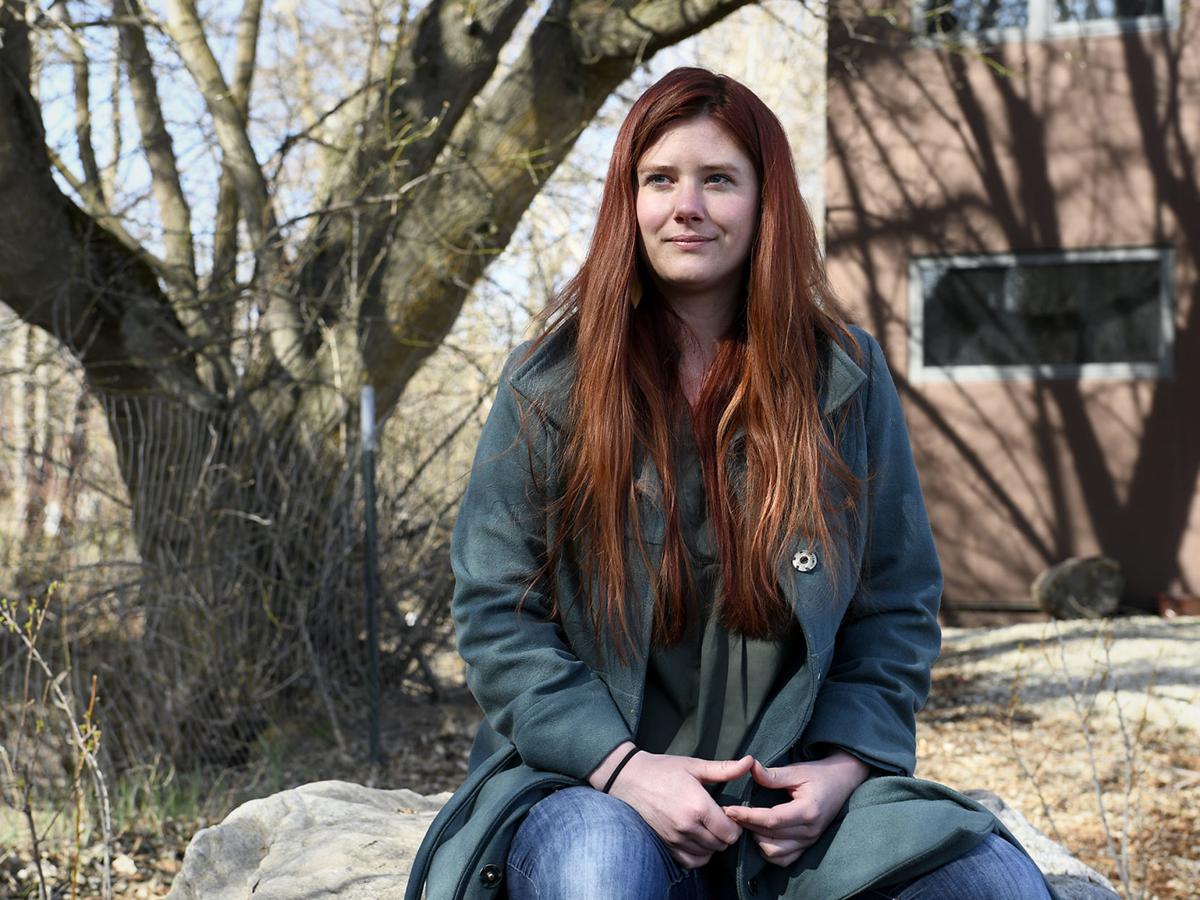 Jennifer Robinson sits last week outside the Montana Natural History Center, where she's the program director. As the COVID-19 pandemic has prevented the center from hosting field trips or sending naturalists into schools, Robinson and the center have been expanding their free webinars. 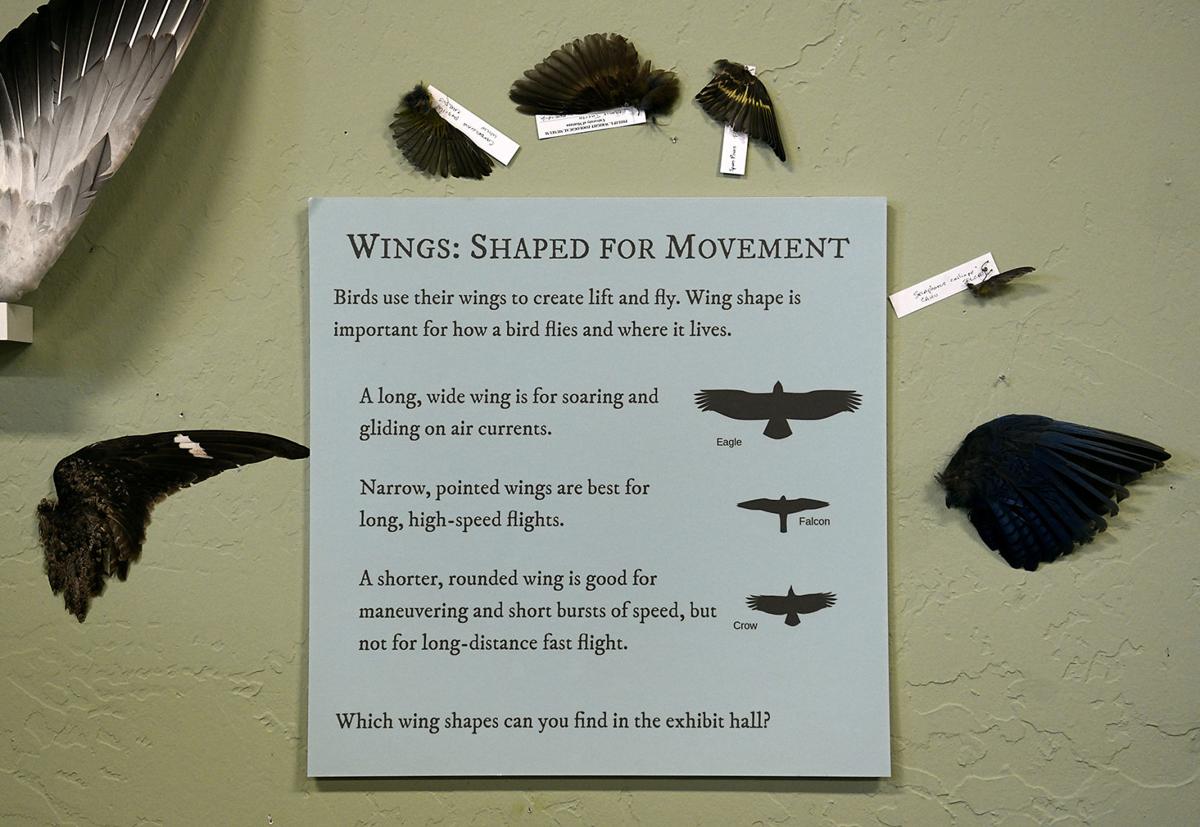 One of the Montana Natural History Center's recent webinars used bird wings on display inside for a biomimicry lesson. 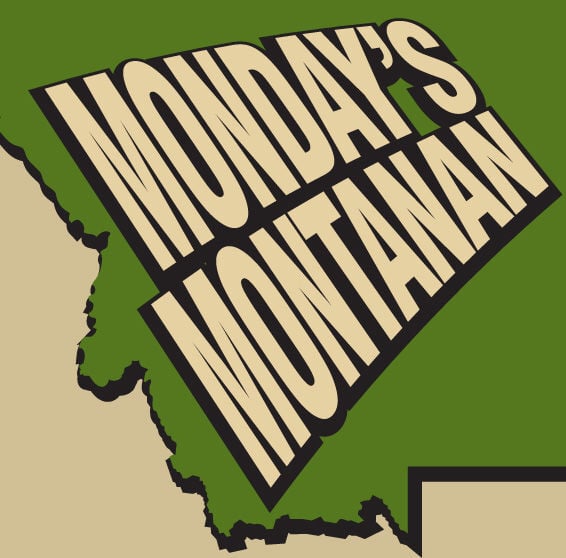 What do the kingfisher, box fish, tortoise, beaver, burdock seed and tumbleweed all have in common?

They’ve all been copied by humans. And that was the basis of Jennifer Robinson’s lesson on Wednesday.

“Biomimicry is when humans copy nature to solve a problem,” she told dozens of students, mainly in first through third grades.

Robinson, of the Montana Natural History Center, then showed them pictures of those plants and animals alongside human inventions they had inspired, challenging the class to match one of those inventions with the kingfisher. After a few minutes, the results were in and she unveiled the winner: A bullet train, modeled on the small bird’s aerodynamic beak.

Later she showed them the properties of various shapes found in nature, and had them pick one to build a card-stock container for holding 15 markers.

Robinson, the center’s program director, did all of this from her living room.

The COVID-19 pandemic has kept the Montana Natural History Center from hosting field trips or sending naturalists to classrooms. So Robinson and her colleagues are moving the museum online.

Robinson’s interest in teaching began in high school, when she was volunteering at an outdoor science school in her native California. One day, a naturalist there told a group of middle-schoolers how young people had saved a forested area from logging.

“The story was so inspiring and captivating, not just to the students but the teachers who were there,” she remembered. “I decided that what I wanted to do for the rest of my life was inspire students and outdoor leaders.”

After graduating from Humboldt State University, Robinson spent several years working at Sierra Nevada Journeys, an outdoor education center in Reno, Nevada, and obtained teaching licenses in several states. She moved to Montana this past summer to pursue a master’s degree in educational leadership at the University of Montana and, at the beginning of January, became the Montana Natural History Center’s program director.

Then, the coronavirus hit.

The center had already offered some remote programming. Its ID Naturalist LIVE! Program, for instance, videoconferences naturalists into subscribing classrooms.

“We’re very lucky and fortunate that we already had a foot in the door with that style of learning,” she said, crediting that program’s coordinator, Kelli Van Noppen, with setting it up. Now that the Natural History Center has closed and its staff are working remotely, they’re expanding those offerings.

“We’ve put together a series of webinars called NatureWebs, and they’re free,” she said. “The idea is, kids from up to 100 households can stream in live” and interact with the instructor via a chat feature, Robinson said. Van Noppen put out the first one, about bird wings and biomimicry and geared towards third-, fourth- and fifth-graders, on March 24. Youth Programs Coordinator Stephanie Laporte Potts released one about bats a week later. Robinson opted to craft a biomimicry lesson for younger students.

“A lot of it is just taking content and scientific knowledge that I have logged into my brain from years of teaching,” she said.

One parent who has found it useful is Jamie Garaventa of Reno, Nevada. She knew of Robinson from her time at Sierra Nevada Journeys, and found her Webinar on social media.

Of the various online educational resources Garaventa has consulted in recent weeks, Robinson’s webinar stood out. Not only could youngster Edwin follow along, but “it was also engaging to me as an adult, because I could learn something and I could also interact with my son, and I thought that was pretty unique.”

However, Robinson is quick to acknowledge the method’s drawbacks.

“Getting used to teaching in front of a screen is really tough,” she said. “I spent a couple days doing test runs of the entire lesson ... it’s like practicing a speech in front of a mirror.” Unlike the popular videoconferencing app Zoom, the center’s program doesn’t let her see the kids' faces. “When you’re a classroom teacher, you get a lot of energy from your students, and when you can’t see them it’s hard to gauge where they’re at.”

And the center is still only reaching a fraction of the students it normally does. Robinson said the first three webinars drew about 160 students, well below the hundreds that might access the center’s content in a normal week through various in-person programs. She said staff are developing offline materials for children without reliable internet access. “We want to be able to provide equitable access to all the students in our community.”

As Robinson and her colleagues navigate these challenges, she expects their work will serve them well on the other side.

"All this work we’ve put into webinars and digital learning can all be reused,” she said. “This is information that won’t just float away once this is over ... It will open more doors to other types of programs that we’re able to offer.”

Nonprofits are ramping up and Missoulians are banding together and forming grassroots groups in an effort to help neighbors in need as the coronavirus crisis evolves.

People with questions can visit MontanaWorks.gov to see a list of frequently answered questions or call 406-728-7060.

Jennifer Robinson sits last week outside the Montana Natural History Center, where she's the program director. As the COVID-19 pandemic has prevented the center from hosting field trips or sending naturalists into schools, Robinson and the center have been expanding their free webinars.

One of the Montana Natural History Center's recent webinars used bird wings on display inside for a biomimicry lesson.