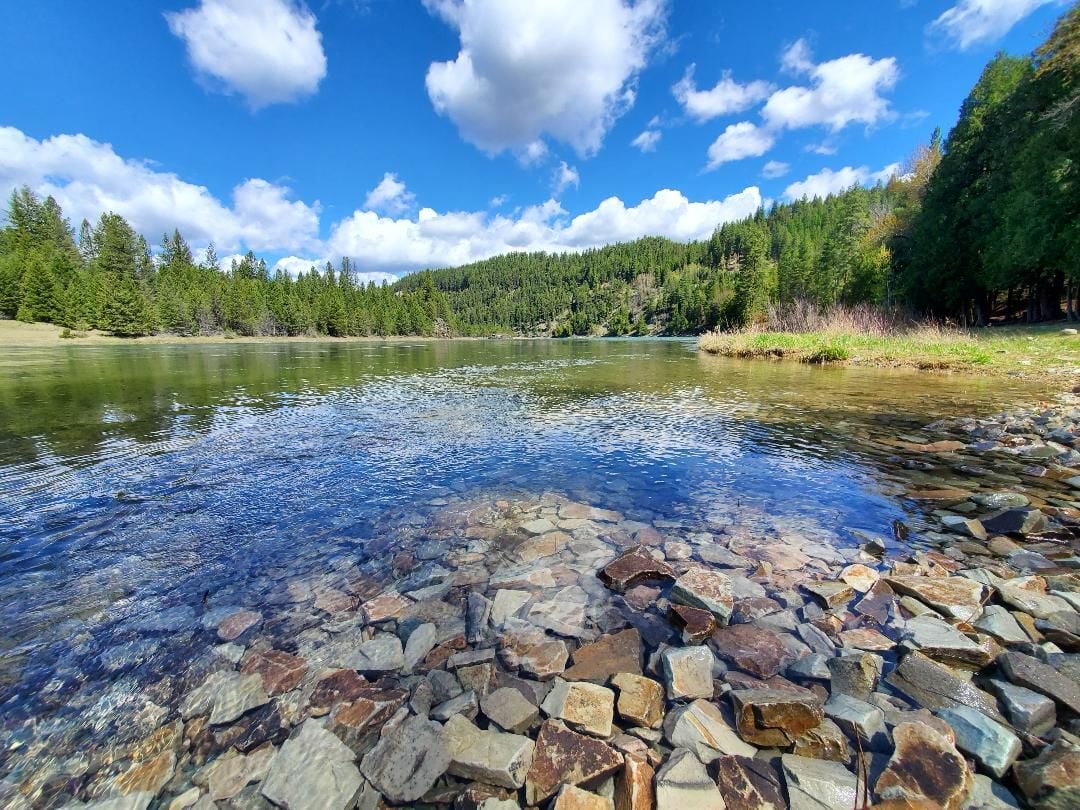 Fish in the Kootenai River downstream of mountaintop-removal coal mines in British Columbia show signs of selenium damage that have alarmed water quality monitors in Idaho and Montana. Teck Resources maintains its coal waste cleaning process will relieve the problem, but Canadian inspections show it has not met requirements. 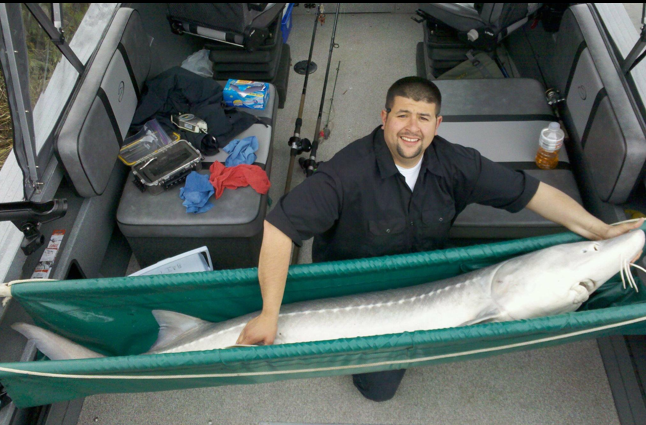 In 2019, the company’s own research revealed that more than 90% of the cutthroat trout population had vanished in a 60-kilometer (37-mile) reach of the Upper Fording River near its mines around Sparwood, British Columbia.

On March 26, Teck pleaded guilty to two counts of illegally discharging selenium and other pollutants into the watershed and paid a $60 million fine — the largest of its kind in Canadian history.

The issue will likely come up next week during the semi-annual U.S.-Canada International Joint Commission's meeting on April 16. On Friday, a U.S. State Department release noted that "In our engagement with Government of Canada and relevant stakeholders, the Department of State is committed to addressing the transboundary impacts of mining and to make progress in improving our shared watersheds."

Teck officials maintain the fine pertained to water quality problems it had in 2012, and that the judgment made “no reference to or connection with the 2019 fish population survey or any other reference to specific regional impacts on fish populations.”

On Friday, Teck spokesperson Dale Steeves said the 2019 incident was under study, but doubted that selenium was the primary cause.

“(I)t is more likely the fish population decline occurred from a number of factors that include extremely low temperatures, low flows and lack of access to overwintering habitat,” Steeves wrote in an email to the Missoulian. He added that “based on scientific understanding of selenium, the current concentrations are not expected to impact fish populations.”

The controversy centers around selenium, a trace element necessary for human health in tiny amounts but damaging to reproductive systems of fish and other creatures at slightly larger levels. A 2020 IJC health study found selenium is also hazardous to humans who consume contaminated fish.

Selenium levels upstream of Teck’s mines in 2012 were less than one part per billion — under the Canadian Council of Ministers of Environment guideline of 2 parts per billion for protection of aquatic life, according to the Canadian government.

But the Upper Fording River downstream of the mines showed selenium levels between 9 and 90 parts per billion. That’s the part of the river where the cutthroat trout — a protected species in Canada — disappeared.

University of Montana Flathead Lake Biological Station senior scientist Erin Sexton has been tracking the selenium problem as it extends from the British Columbia mine sites south into the Kootenai River in Montana and Idaho. Sexton said part of the challenge to confronting selenium contamination is the way it harms animals.

“We haven’t found dead fish or two-headed fish, and we never will,” Sexton said. “It causes deformed embryos or prevents the eggs from hatching altogether. That’s the reason the state of Montana put in place such protective selenium criteria. We have seen selenium in fish tissue in the Koocanusa Reservoir that’s above the federal EPA egg ovary threshold. We know it’s higher than it should be in several species of fish.”

Teck digs steelmaking coal at its 23,000-hectare (57,000-acre) Fording River mine. That coal is different from the thermal coal mined in Montana and much of the United States, and isn’t burned for electricity. Instead, it goes to steel foundries, mainly in China, for metal smelting. The company produces about 9 million metric tons of steelmaking coal a year, and anticipates it has probable reserves for another 28 years.

The Upper Fording River is a tributary of the Elk River, which in turn feeds into Lake Koocanusa — the transboundary reservoir on the Kootenai River created by Libby Dam. Koocanusa is a made-up word combining KOOtenai, CANada and U.S.A. to reflect the bilateral nature of the Libby Dam and reservoir project.

The Kootenai River makes a U-turn at Libby and runs west and north into Idaho, before changing its name to Kootenay as it re-crosses the Canadian border. Along the way, it passes through the Kootenai Indian Reservation. There the Kootenai River Habitat Restoration Program has spent decades trying to restore white sturgeon and burbot fish to a 55-mile stretch of the waterway.

The Kootenai sturgeon won Endangered Species Act protection in 1994, after habitat disruption from Libby Dam reduced its population from an estimated 7,000 fish in the 1970s to 500 in 2005. Of those, fewer than 30 female sturgeon were expected to be spawning after 2015.

“We’ve been losing sturgeon for 100 years, with everything diked and the forests logged and converted to agriculture throughout the entire Kootenai Valley,” said Genny Hoyle, a river biologist and lead contamination monitor with the Kootenai restoration program. “These are culturally important fish species to the Kootenai Tribe. They have a covenant with Creator to take care of the land. This is part of the Kootenai Tribe fulfilling their covenant with the Creator.”

To do that, Hoyle and colleagues have spent decades figuring out how to raise sturgeon and burbot in hatcheries and release them in the Kootenai River. She recently captured two 25-year-old male sturgeon that had been reared in the hatchery and finally reached spawning age. But after 30 years of work, she hasn’t seen any sign of natural recruitment — river-born sturgeon — in the Kootenai.

What Hoyle does find is the persistent presence of selenium in fish tissue. Sturgeon remain too rare to sacrifice for lab samples, but burbot male livers showed between 15 and 47 milligrams of selenium per kilogram. The threshold for metabolical impairment is 15 to 20 milligrams per kilo, Hoyle said.

Hoyle has also seen Teck’s selenium treatment efforts on a tour of the Sparwood mines and facilities in 2019.

“They’re doing really good science pulling selenium and nitrogen out of the water,” Hoyle said. “The problem is the wastewater treatment is not to the appropriate scale. The water they treat significantly reduces selenium, but they’re not treating enough water.”

Teck Vice President for Environment Scott Moloney said the company expects to have the capacity to treat more than 12.5 million gallons of water per day — two and a half times what they treated in 2020. The company estimates that when completed, its treatment facilities will clean about 24 million gallons per day.

However, in 2016, the British Columbia auditor’s report found both the company’s control efforts and the province’s monitoring inadequate.

“Ultimately, despite the addition of water treatment facilities, the current permit levels of selenium are above the water quality guidelines set by B.C. to protect aquatic life, and for human health and safety,” B.C. Auditor Carol Bellringer wrote. “Selenium from both historical mining activities and the ongoing expansion is likely to continue to impact the environment far into the future.”

Bellringer advised the B.C. government to create an independent enforcement unit for mining activities, “given that the Ministry of Energy and Mines is at risk of regulatory capture, primarily because MEM’s mandate includes a responsibility to both promote and regulate mining(.)”

A March 8, 2021 inspection of Teck’s permit compliance penalized the company for 12 of 21 categories, including daily and monthly selenium discharges, toxicity to trout and insects, ensuring treatment plants were operational by dates promised, providing notification of exceeding nitrate limits, and treatment of hazardous waste from waste rock piles.

And the company’s own 2020 annual report states, “there can be no assurance that the water quality targets set out in our valley-wide water quality management plan will prove to be suitably protective of the environment … We are currently not in compliance with certain water quality parameters set out in the Elk Valley Water Quality Plan.”

Teck employs about 4,000 people in British Columbia’s Elk Valley, the company said. It’s been on a financial roller coaster for the past five years, with its stock price ranging from $5 to $50 and back (Canadian dollars). It’s now trading at about $20 (US).

On March 26, Teck pleaded guilty to two charges of violating Canada’s Fisheries Act and paid a $60 million (CA) fine. Its 2019 fourth-quarter profits were $92 million (CA), considerably below its recent high of $378 million in the fourth quarter of 2018.

That year, Teck was fined $8.25 million by a U.S. court for contaminating the Columbia River at the Colville Indian Reservation in Washington for nearly a century.

“It is inconceivable that Teck did not know that its waste was aimed at the State of Washington when Teck deposited it into the powerful Columbia River just miles upstream of the border,” judges for the U.S. 9th Circuit Court of Appeals wrote in their opinion. “As early as the 1930s, Teck knew that its slag had been found on the beaches of the Columbia River south of the United States border. By the 1980s, Teck’s internal documents recognized that its waste was having negative effects on Washington’s aquatic ecosystem. And by the early 1990s, Teck’s management acknowledged that the company was ‘in effect dumping waste into another country,’ using the Upper Columbia River as a ‘free’ and ‘convenient disposal facility.’”

In the Elk Valley coal complex, Teck has plans to invest another CAD $350 million to CAD $400 million between 2021 and 2024 in its water treatment project. It has also submitted plans for three new mines in the region, which would increase its footprint by 50%. One portion, the Castle Project, would be the largest metallurgic coal mine in Canada.

“The Kootenai Tribe is not asking them to stop mining,” Hoyle said. “We’re just asking for the mess to be cleaned up. If they open more mines, we’re going to have more selenium in the system. And we already have too much.”

Canadian coal company Teck Resources has paid a $60 million fine after pleading guilty to pollution discharges that have killed nearly all the fish in nearby waters.

Selenium is a naturally occurring trace element necessary for good health in many organisms, including fish and humans, in minuscule amounts. However, it becomes hazardous in slightly higher amounts.

On June 13, eight U.S. senators sent a bombshell letter to Premier John Horgan of British Columbia. In that letter the senators outlined their…

Because a story never came true, that doesn’t make it fiction.

Tourists don’t qualify as essential travel across the Canadian border this spring, but Indigenous people, athletes and truckers do.

Fish in the Kootenai River downstream of mountaintop-removal coal mines in British Columbia show signs of selenium damage that have alarmed water quality monitors in Idaho and Montana. Teck Resources maintains its coal waste cleaning process will relieve the problem, but Canadian inspections show it has not met requirements.