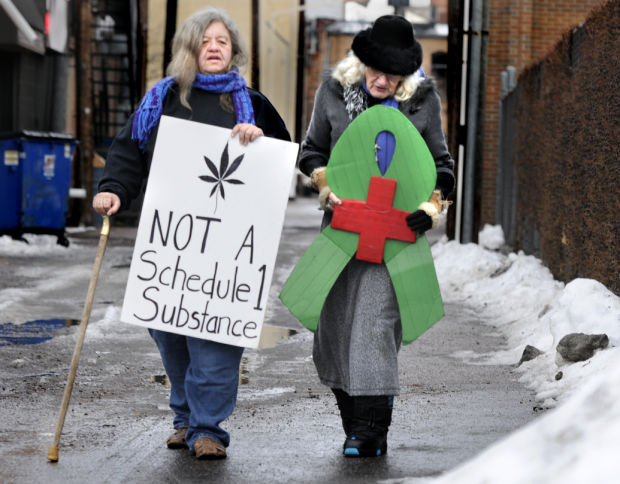 Cindy Farnsworth, left, and Kathie Zamanjahromi, supporters of medical marijuana grower Chris Williams, protest with others Friday morning outside the Russell Smith Federal Courthouse in Missoula, where Williams was sentenced to a mandatory five years on a federal gun charge and time served on a marijuana charge. 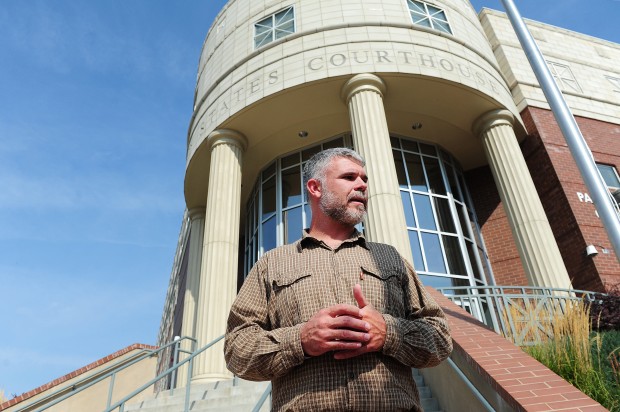 Medical marijuana grower Chris Williams awaits a jury verdict in a federal drug and weapons case in Helena in September. 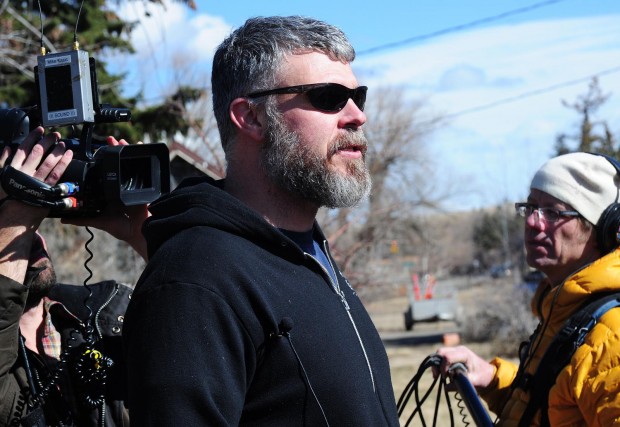 Chris Williams, co-owner of Montana Cannabis, speaks to a documentary crew in 2011 as his medical marijuana business was being raided.

Williams initially was convicted of four charges of possession of a firearm during a drug trafficking offense, which could have netted mandatory minimums totaling 80 years. He also could have gotten another five years for the four drug counts on which he also was convicted in September.

But, said U.S. District Judge Dana Christensen in reviewing the facts of Williams’ case Friday, “it was my belief that an 85-year sentence in this case would have been unjust.”

In December, Christensen successfully urged a compromise that involved the feds dropping three of the gun charges and three drug charges against Williams in exchange for his agreement not to appeal.

“In entering this agreement, basically I feel like I was left with this choice, or an extreme liability of 85 years in prison,” Williams said Friday. “It still hurts that we can’t appeal the issues we set forth in the trial.”

Williams’ case stems from his involvement in Montana Cannabis, a large medical marijuana grow operation with a greenhouse in Helena and operations around the state.

It was one of scores of medical marijuana businesses around Montana that sprang up after voters legalized the medical use of cannabis in 2004. But marijuana remains illegal under federal law, and federal agents raided many of those businesses in March 2011.

All the other people charged in connection with those raids made plea agreements with the government; Williams was the only one to insist upon a trial.

On Friday, he told Christensen, “I feel comfortable putting my life in your hands.”

The judge pointed out, partly for the benefit of about 30 people who crowded the courtroom in support of Williams, that the severe sentences originally facing Williams stemmed almost solely from the gun charges, with penalties increasing for each additional weapons charge.

But all of the many people who wrote Christensen on Williams’ behalf seemed under the impression that he could have been sentenced to 80 years for growing marijuana, the judge said.

In reality, the mandatory minimum on the charge of possession with intent to distribute marijuana is only five years, said the judge – who sentenced Williams to the 130 days he’s already served on that particular count.

The judge also waived a $1.7 million forfeiture in the case, but ordered Williams to pay the standard $100 court fee on each of the two counts for which he was sentenced.

And, he sentenced Williams to four years’ supervised probation on the drug charge, and five years on the gun charge, to run concurrently.

The judge called Williams “a principled man, stubborn in his beliefs, (who) remains steadfast in his conviction that he has done nothing wrong.”

That, said Assistant U.S. Attorney Joe Thaggard – who recommended consecutive five-year sentences on each of the two counts – is part of the problem.

“I don’t see an acceptance of responsibility,” Thaggard said. “That concerns me.”

Williams’ former partners in Montana Cannabis, Richard Flor, Tom Daubert and Chris Lindsey, each pleaded guilty to conspiracy to maintain a drug-involved premises. Daubert was sentenced to probation; Lindsey has not been sentenced.

Flor was sentenced to five years in prison and died in custody.

On Friday, federal defender Michael Donahoe pointed out that wrangling over sentences in cases where state law and federal law conflict may someday become moot:

“In the next decade, maybe there will be substantial changes in these laws in the nation,” he said. “I think the change is in the offing and I’d ask the court to consider that.”

When Christensen formally pronounced Williams’ sentence, many of his supporters – including one who brought a pug service dog into the courtroom – gasped and wept.

“He has done nothing wrong,” said another, Karie Boiter of Seattle, who described herself as a “full-time supporter of Chris Williams.”

She was among several medical marijuana advocates who traveled in a green school bus from California, picking up people along the way to Missoula, to attend Friday’s sentencing. The group held a brief protest outside the federal courthouse Friday morning.

Boiter said the sentence “is a lot better than 85 years. It’s obvious the judge thought that was egregious.”

Williams was taken immediately into custody Friday. Christensen recommended that he serve his time in the federal prison in Sheridan, Ore., so that he can be as close as possible to his 16-year-old son, a student at Montana State University.

Missoulian reporter Gwen Florio can be reached at 523-5268, gwen.florio@missoulian.com, or @CopsAndCourts.

In plea deal, most of marijuana caregiver's convictions to be dropped

HELENA — In a highly unusual move, federal prosecutors have agreed to drop six of eight marijuana convictions for Christopher Williams in exch…

I am writing in regard to the the article, “Petitions seek to free grower” that appeared on the front page of the Nov. 23 edition of the Misso…

Cindy Farnsworth, left, and Kathie Zamanjahromi, supporters of medical marijuana grower Chris Williams, protest with others Friday morning outside the Russell Smith Federal Courthouse in Missoula, where Williams was sentenced to a mandatory five years on a federal gun charge and time served on a marijuana charge.

Medical marijuana grower Chris Williams awaits a jury verdict in a federal drug and weapons case in Helena in September.

Chris Williams, co-owner of Montana Cannabis, speaks to a documentary crew in 2011 as his medical marijuana business was being raided.