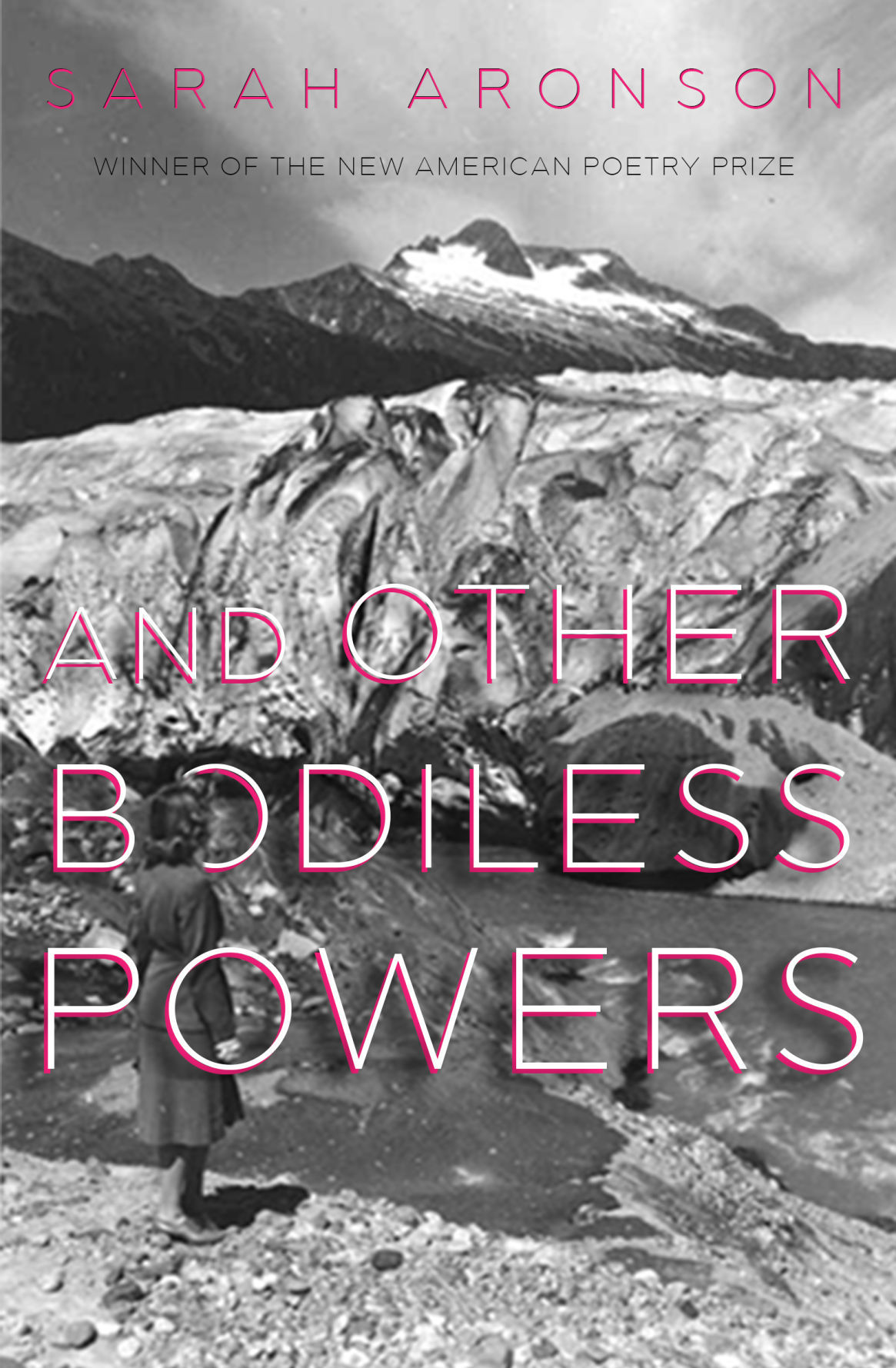 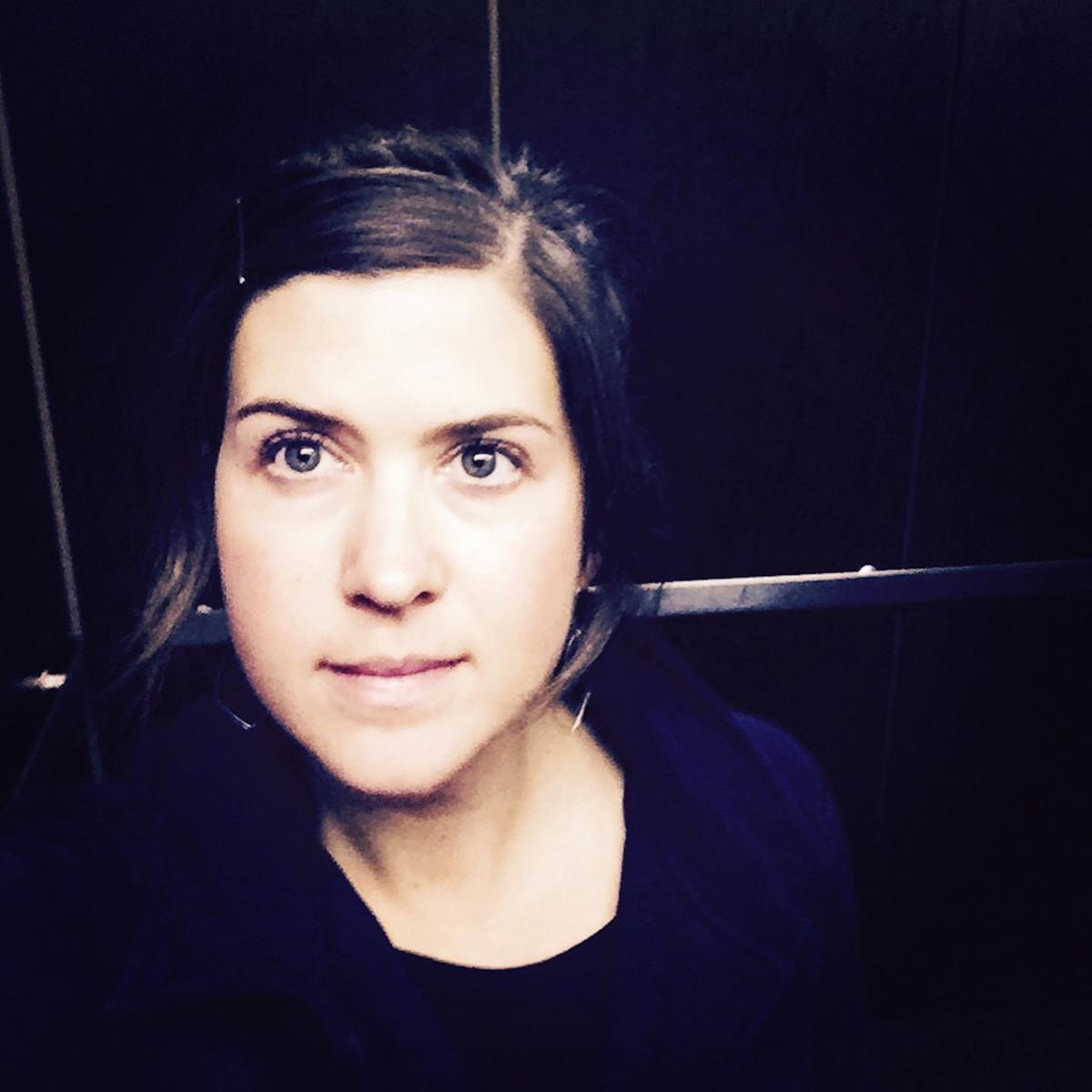 Sarah Aronson, a poet who lives in Missoula and hosts "The Write Question" on Montana Public Radio, says that her career path "makes sense in reverse," but at the time felt "untrammeled" and at times painful.

In 2014, at age 33, she enrolled in the Creative Writing Program at the University of Montana. Perhaps a decade before, she'd given up poetry and writing, her passions since she was 7 years old. She "totally broke up with writing," earned a master's in social work, and held a salaried job as a licensed clinical social worker, a field she cared about.

After "the words starting coming back," she decided as "a personal joke" to apply for graduate programs and was accepted at UM.

"I tossed everything away and moved here and started college life all over again," she said.

While there was not regret, but moments of self-doubt, "major identity scouring," and rebuilding, the risks have yielded these results — she has a private practice, hosts a literary program on the radio, and now her first book, "And Other Bodiless Powers," has been published after she won a national prize.

As a licensed clinical social worker, she said she thinks frequently about how we try to fit into what the world asks of us rather than consider what we are asking of the world, and this is an example of "not letting the world fashion something of me."

The poems in "Powers" are preoccupied with the landscape and the experience of it.

Aronson grew up in Juneau, Alaska, situated between the archipelago and the mountains, where "you cannot escape experiencing the land. It's always impressing itself upon you."

The education system includes indigenous knowledge classes, and she learned the names of trees and fish, a specificity that shows in her poems.

For her first degree, from Fairhaven College of Western Washington University, she designed her own major around creative writing and somatics, or the experiential study of the body. The poems are often set outdoors, filtered through the senses. ("A cairn is hunger engineered," for example.)

One poem, "Woman Standing in Front of the Mendenhall Glacier" — a site that's a few miles from where she grew up — uses references to downwasting and wind shear toward personal ends.

"There are tons of embedded metaphors in geological or meteorological terminology, which I think we could be using to more widely inform our experience," she said.

Her default is couplets, a form that "replicates" conversation.

"There's always a conversation with an 'other,' " she said, whether it's land, a person, or a great powerful force (the ones referenced in the title).

While they were written during a four- to five-year span, "there are distinct threads that pull through," she said, such as land, climate, maternity, divination, and desire lines.

Those are an "obsession" of hers and the subject of multiple poems. They're game trails or short-cuts for "humans and animals to find the quickest route to our intended destination." For animals, that might be food, shelter or water. In the case of humans, she's interested in "the ways that we carve our own paths to get what we think we want, and often, how disappointing it can be." In her work, that can mean questions about personal relationships, motherhood, or even the climate crisis.

The contest was judged by Andrew Grace, who supplied a glowing quote for the printed book: "This poet possesses a precision both spare and fierce. 'And Other Bodiless Powers' is cut from the same cloth as the poems of Lorine Niedecker in that they both read a landscape, down to its smallest aspect, and create from these thickets, fogs, and skiffs of snow a human language."

She'd stopped expecting the prize by the time it happened.

Publishing a first book, for a poet, is a "tough go," she said, and like many writers, she submitted her manuscript to a number of contests. She counted up her rejections and felt something like relief and permission to move on when she thought they were all accounted for.

Six months later, she received a "really short email" with life-changing news for a writer: she'd won the New American Poetry Prize from New American Press, which comes with a cash award and the publication of a book.

"I literally had to pull someone in to confirm that I was reading it correctly, and then I forwarded it to my other poet friend, and I was like, is this a real thing?" she said. Her other literary job came about through happenstance, not any sort of shortcut.

Through a writing class, she met Chérie Newman, the host of "The Write Question" literary program on Montana Public Radio. Aronson asked for a tour of the studios, thinking perhaps of starting a music show. Instead, Newman invited her to observe the recording of an episode, asked her if she could do one herself, and then said she was planning on leaving and wanted her to take over.

Both jobs require editing, whether it's tightening a phrase in a poem or condensing an interview.

"The art of revision and paying attention to sound, that's what I get to use in both of these lives, as both a poet and a radio producer."

Aronson's collection, "And Other Bodiless Powers" is out now on New American Press. She and Kelly Schirmann will have a reading on Thursday, Nov. 7, at 7 p.m. at the Ole Beck VFW Post 209, 245 W. Main St.

A cairn is hunger

clench the lakebed. I swim out

to milk the sky. Bed down near a man

I do not know. He pleads to let his dog

sniff me, so he won't be kept awake

all night from the begging. I consider

which part of myself to offer—the ant

a single flick away. Understand,

you have been gifted this solitude

once. Does it matter I wished for loons?

Aronson is a licensed clinical social worker, not a psychologist.

An extremely close race in Missoula City Council's Ward 6 has the conservative candidate up by just 12 votes, or less than half of a percent.

Missoula will receive a $13 million federal BUILD grant meant to kickstart the first phase of infrastructure upgrades in a fast-growing area.

Montana’s Hutterite colonies support at least 2,191 jobs and $365 million in revenue for state businesses, according to a new study.