The Missoula Redevelopment agency’s board of directors on Monday approved a request to apply $6.9 million in tax increment financing to help build a new road between Brooks and South Reserve streets, and to give Southgate Mall a boost in launching a major renovation and expansion. 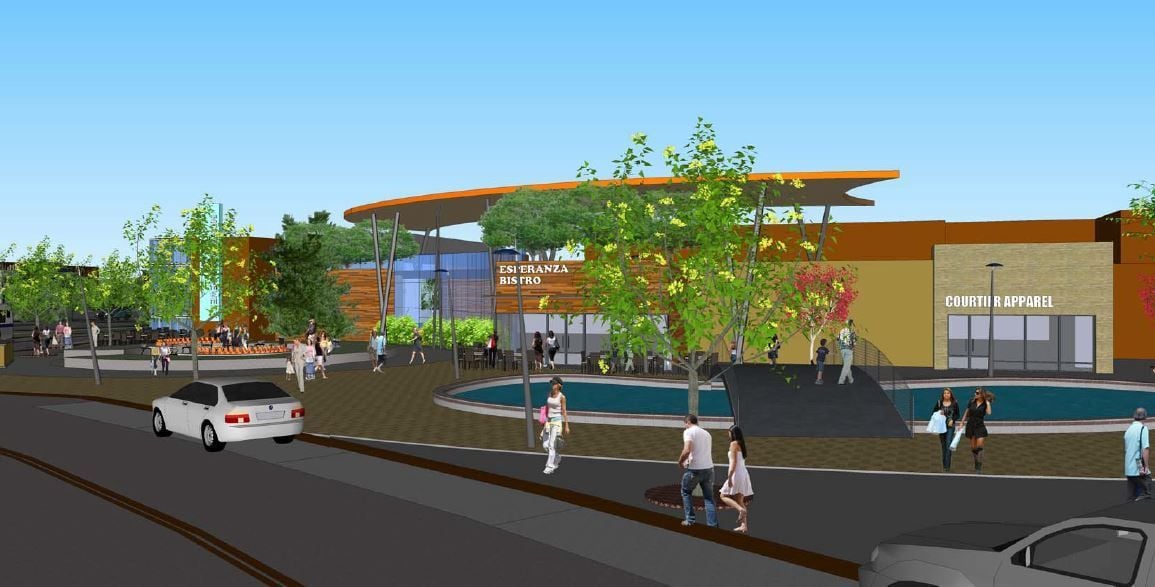 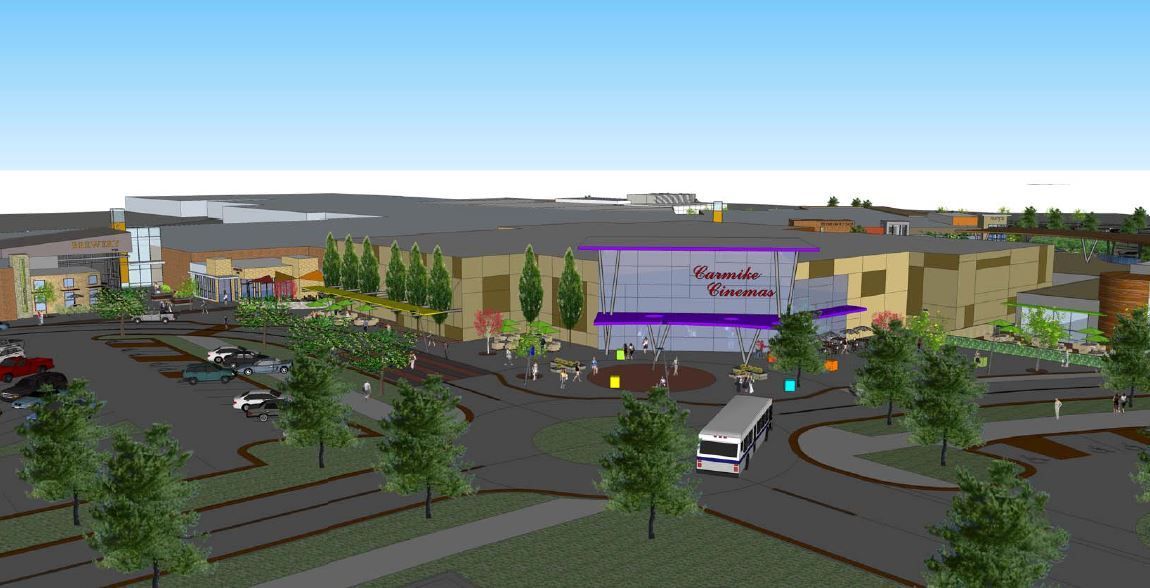 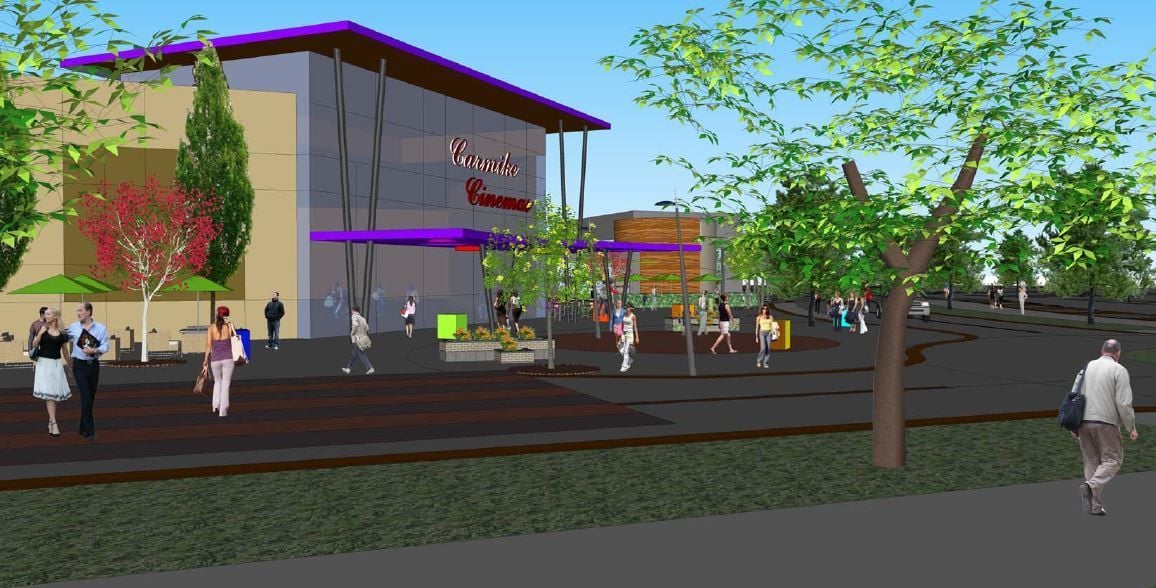 The Missoula Redevelopment agency’s board of directors on Monday approved a request to apply $6.9 million in tax increment financing to help build a new road between Brooks and South Reserve streets, and to give Southgate Mall a boost in launching a major renovation and expansion.

The Missoula Redevelopment Agency’s board of directors on Monday approved a request to apply $6.9 million in tax increment financing to help build a new road between Brooks and South Reserve streets, and to give Southgate Mall a boost in launching a major renovation and expansion.

The project, which will require the City Council’s approval for bonding, will enable Southgate Mall Associates to invest $64 million in private funding to transform the property into a neighborhood hub, which will include a new multi-screen theater, grocery and lifestyle retail center.

Future phases of the project call for housing, a parking structure and additional retail stores, amenities and street connections.

The $6.9 million figure considered Wednesday was far less than the $13 million requested by Southgate Mall Associates earlier this year for the project's initial phase.

Of the approved funding, roughly $5.6 million will go toward constructing the new city street.

“This is about building a piece of infrastructure,” said Ellen Buchanan, director of MRA. “It creates an important connection between Reserve and Brooks, and the neighborhoods will have access to what we think will be a very different kind of place than what Southgate Mall is today.”

Peter Lambros of Southgate Mall Associates pitched the road project as a public benefit. The street will create a new east-west connector within the district, and include a bike and pedestrian path.

It will also allow the mall to realize its vision of turning outward, with storefronts and windows lining the street. Without the connector, Lambros said, the project would have taken a different direction, one more akin to the strip on North Reserve Street rather than the neighborhood hub envisioned by developers.

“If we have the city on board, the development will look much different,” Lambros said. “We’re at a point where we need to go on path A or path B, so we don’t lose the threads we’ve pulled together over the last three years.”

Jeremy Keene, principal engineer with WGM Group, said the redevelopment will generate $320,000 a year in new property taxes and create 700 new construction jobs. More than 375 permanent jobs will also result from the project.

Keene said the development will also boost property values in surrounding areas. An estimate provided by one appraiser said the project could lift property values by 15 percent and stabilize $10 million a year in property taxes within a one-mile radius of the mall.

“In the long term, it creates opportunities for $60 million to $70 million in future investment that could happen on other developable properties,” Keene said. “Those projects should follow closely on the heels of this project.”

As agreed to Wednesday, MRA will apply roughly $638,000 in financing to acquire the right of way for the new street. The mall will provide roughly 100,000 square feet of right-of-way valued at $2 million.

Coupled with other changes made to the project’s early phases, the deal helped shave $6 million off the mall’s initial funding request.

“We reduced the scope of the request by eliminating items that are not essential to the initial phase,” Lambros said. “The mall also agreed to participate in the cost of the new street by donating the right-of-way on land owned by Southgate.”

The new theater and lifestyle retail center will cost an estimated $21.7 million. Lambros said the projects should begin this year, with the bulk of construction taking place in the spring. The theater is planning to open in January 2017.

Mayor John Engen advocated for the project Wednesday, saying the parties worked through difficult issues regarding the right-of-way.

The opportunity to revitalize a large swath of Midtown Missoula made the project worthwhile, he said, while creating a grid-system in the heart of Missoula is one-time opportunity.

“We’re building a road connection that doesn’t otherwise get built, at a price I think is fair,” Engen said. “It’s our shot at making it right, having a look at the future, and doing so in a way that MRA was designed to do.”

MRA’s board of directors vetted the issue for more than two hours. Without action, they agreed, the impacts of a failed mall would “be devastating and the cost to rectify it will greatly exceed the size of the request.”

A failed mall would also have a negative impact on surrounding property values, the board said. Part of its mission is to prevent blight.

“We’re on the right track to take a prudent approach to try and forestall that possibility (of the mall closing),” said board member Dan Kemmis. “We’re in a position here where a public-private partnership will provide a much better outcome than simply having the private entity go forward alone.”

With a $23 million project gearing up, the Missoula City Council on Monday moved to annex a …

Southgate Mall has plans for Sears property; H&M under construction

Sears to close Missoula store in June; about 60 workers affected

It’s estimated that 15 percent of the nation’s malls will fail over the next 10 years, but t…

The Missoula Redevelopment Agency will spend $488,000 in tax increment financing to purchase a parcel of property in the Old Sawmill District …

BILLINGS - As she works to create Billings’ new growth plan from scratch, Candi Millar has received plenty of help — from more than 1,200 residents.

Are these pinheads at city hall really going to give $7 million of our property tax money to Peter Lambros to build another road to the mall? …

City of Missoula pressing for 'basic' design standards this year

Racing to get ahead of the building boom, the city of Missoula’s development branch has drafted new design standards that would require future…

Supporters of building a public road through Southgate Mall property are urging city leaders to recognize the project’s benefits, suggesting i…

With construction up in Missoula, skilled labor in demand

Seven years after the recession slowed growth in Missoula to a crawl, construction firms and developers around the city are reporting an uptic…

During the first 10 months of 2015, the city of Missoula issued more than 1,300 building permits for projects that carry a construction value …

Dan’s Soup and San, a popular restaurant in the Paxson Plaza near Southgate Mall, abruptly announced that it was closing permanently on Tuesda…