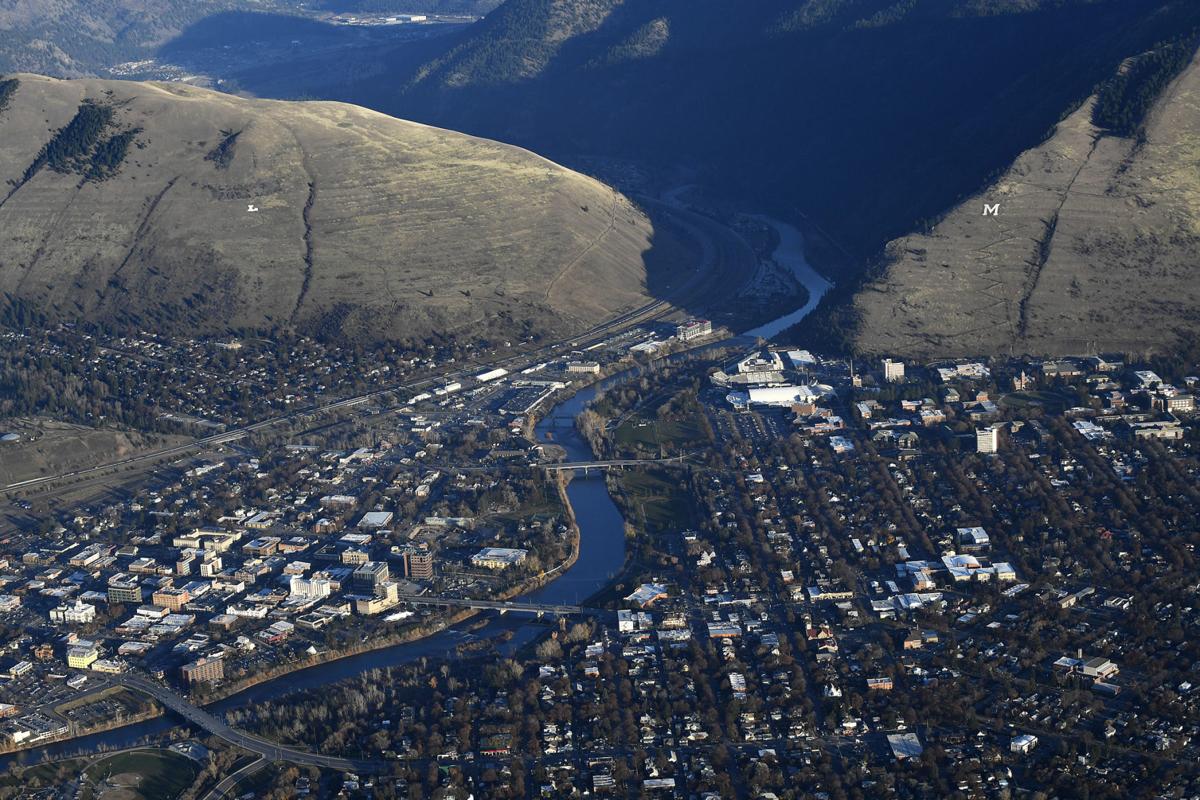 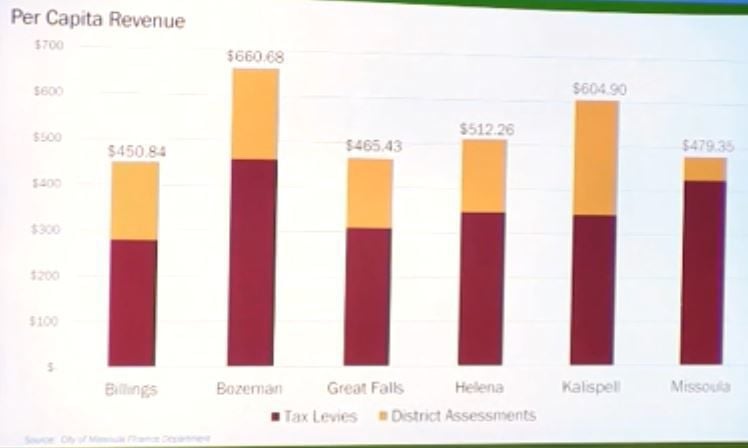 Per capita tax revenue in cities in Montana

One downtown Missoula property’s assessed value increased from $717,000 two years ago to $1.148 million on his appraisal notice sent out last week by the Montana Department of Revenue.

“It’s definitely overwhelming,” said Geoff Sutton, who owns a building in the 100 block of West Broadway. “I haven’t had the time to process what it all means, but it definitely means there will be a whole new paradigm. I may end up having to sell. I don’t know what I’m going to do, and it’s a little frightening.”

Residential property owners outside the downtown core also report seeing an increase in their values, with one appraisal notice shared with the Missoulian showing the $247,500 home’s value rise in two years by $45,800.

Sanjay Talwani, a spokesperson for the Montana Department of Revenue, said the increase in property values for individual parcels is due to the fact that comparable homes are selling for more than they did during the previous assessment period. That’s known as the market value appraisal method.

“It’s hard to answer about a particular property, not knowing what happened, but the (appraisal) methods are the same,” Talwani said. “It has to do with comparable properties selling for more than they did two years ago.”

The DOR also uses “cost” appraisals for commercial properties, where it calculates how much it will cost to build a similar structure, according to Missoula County Clerk and Treasurer Tyler Gernant. A third method is to calculate the income that could be derived from a property if it’s leased out for commercial purposes.

“The market’s been really hot, and the market values in looking at what your house could sell for … you can’t say it is wrong, but it is shocking,” Gernant said.

“That doesn’t mean all the property went up by that average, because there’s also growth,” Talwani said. “Folks whose properties went up by 50% — obviously that’s more than the average.”

He wasn’t able on Monday to point to separate areas in Missoula County to see their increases, but Gernant said he heard that properties in Lolo also are seeing higher appraised values in their business district.

“East Missoula also went up quite a bit, but there’s been a lot of market activity there,” Gernant said.

Previously, appraisals by the DOR were done every six years, and the increases were phased in on tax bills. But after the 2008 recession, where homes lost their values in the ensuing decade, the Legislature changed the rules so that appraisals are done every two years.

“Before, you would get sticker shock but it was phased in. So now you pay right away. Now you get your new value and that’s it,” Gernant said.

People have 30 days from the date on their appraisal notice to file a protest. They can call the local DOR office at 329-1400, but Talwani said they’ll probably be told to go online to www.mtrevenue.gov and click on the “Property Appraisal Notices” link to find the forms to request an informal classification and appraisal review, known as form AB-26.

“Property owners also can go before the state tax appeal board, but most things get resolved during the informal review,” Talwani said.

Gernant adds that people shouldn’t rely on the estimated general tax listed in a box on the appraisal notice, which he called “wildly inaccurate.” The actual property taxes will come out in the fall, after the city, the county and the school districts set their budgets and the DOR formulates the value of a mill.

“It’s on the low side for various reasons,” Gernant said. “The millage rate is from last year, but if there’s enough growth it will not go up by much. It also doesn’t include special assessments, which can add $100 to $1,000 to a tax bill. So what you see on the tax bill won’t be what you see in that little box on the appraisal notice.”

Recent changes to Montana's Medical Marijuana Act were supposed to clean up what was once considered the Wild West for providers, doctors and …

Several Missoula County companies are poised to create jobs, while the Opportunity Zone here needs to be strategically marketed to investors a…

Stacie Anderson is passionate about politics, both professionally and personally.

Juanita Vero makes up in enthusiasm what she lacks in experience in elected office in her bid to become Missoula County’s next commissioner.

Man, 20, gets 15 years in state prison for multiple rapes

A 20-year-old Missoula man was sentenced Tuesday for a series of rapes involving four girls over a two-year span.

Two years of sidewalk upgrades on more than 300 sidewalk ramps in Missoula is complete.

Per capita tax revenue in cities in Montana