Bills vs. Chiefs: Updates and scores from the NFL playoffs 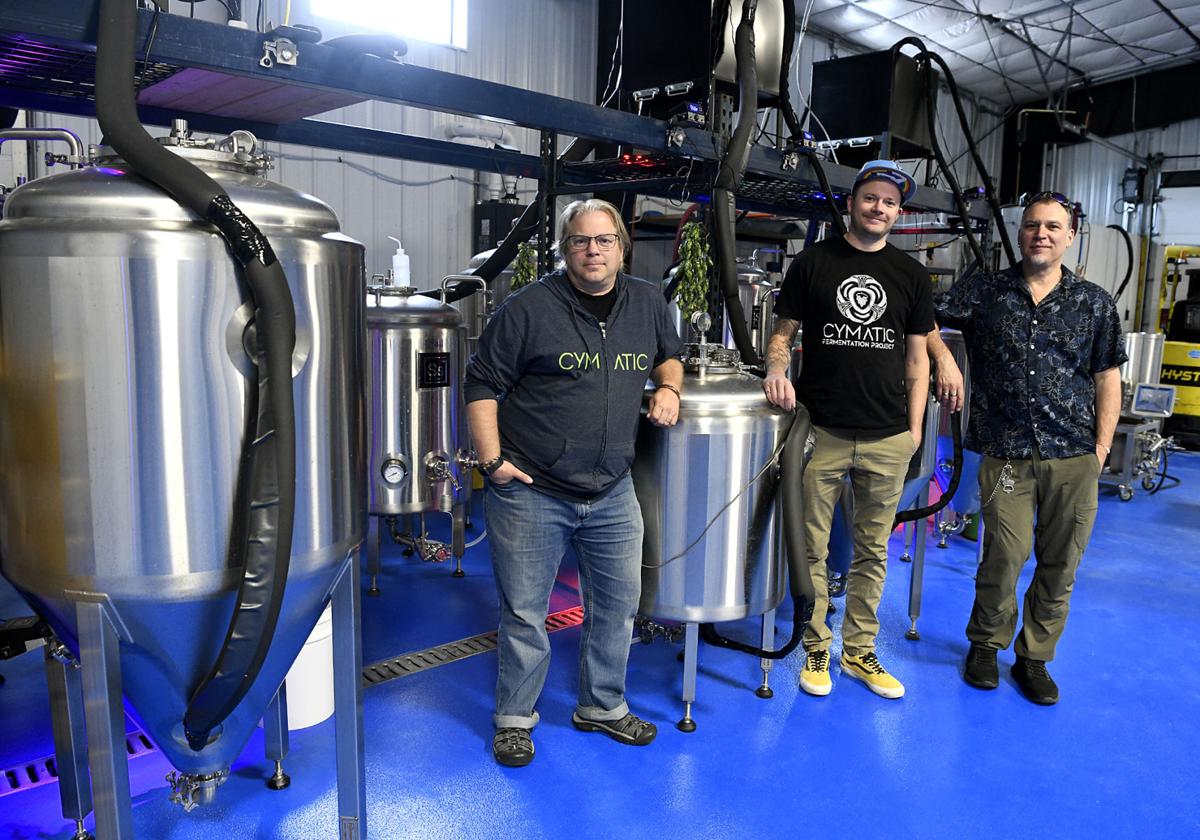 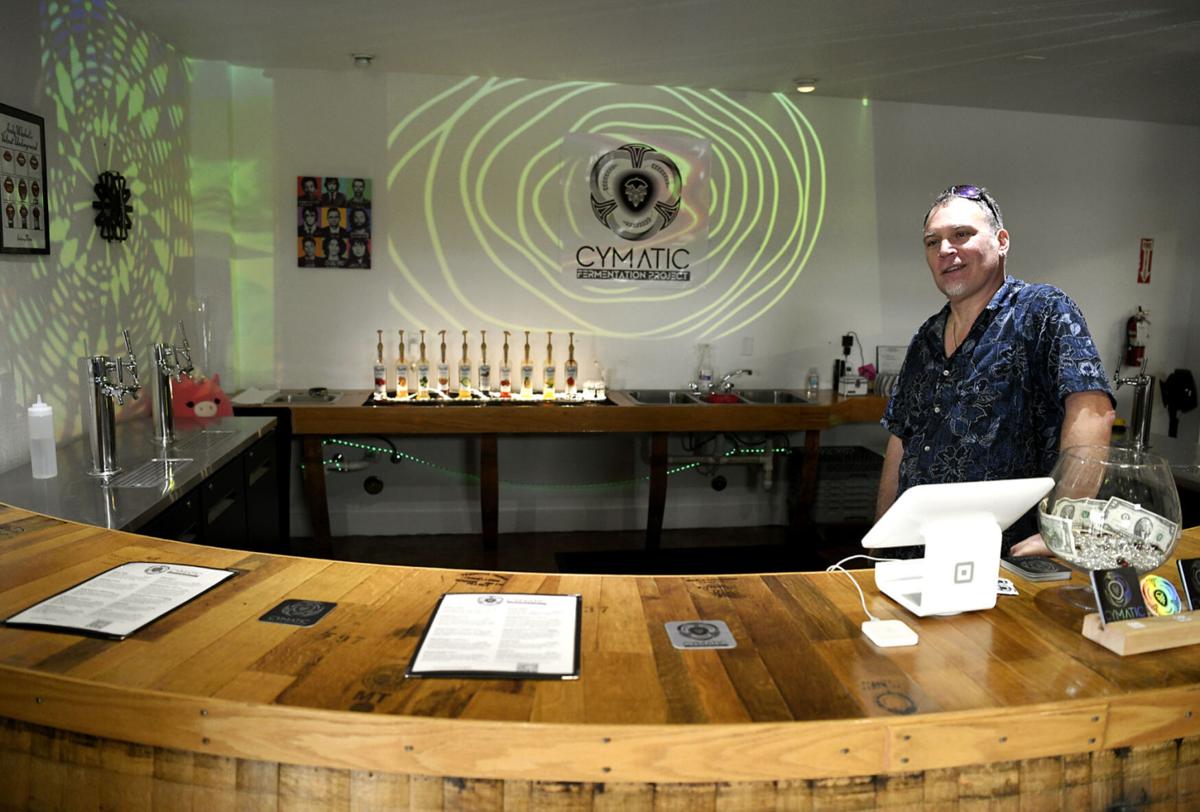 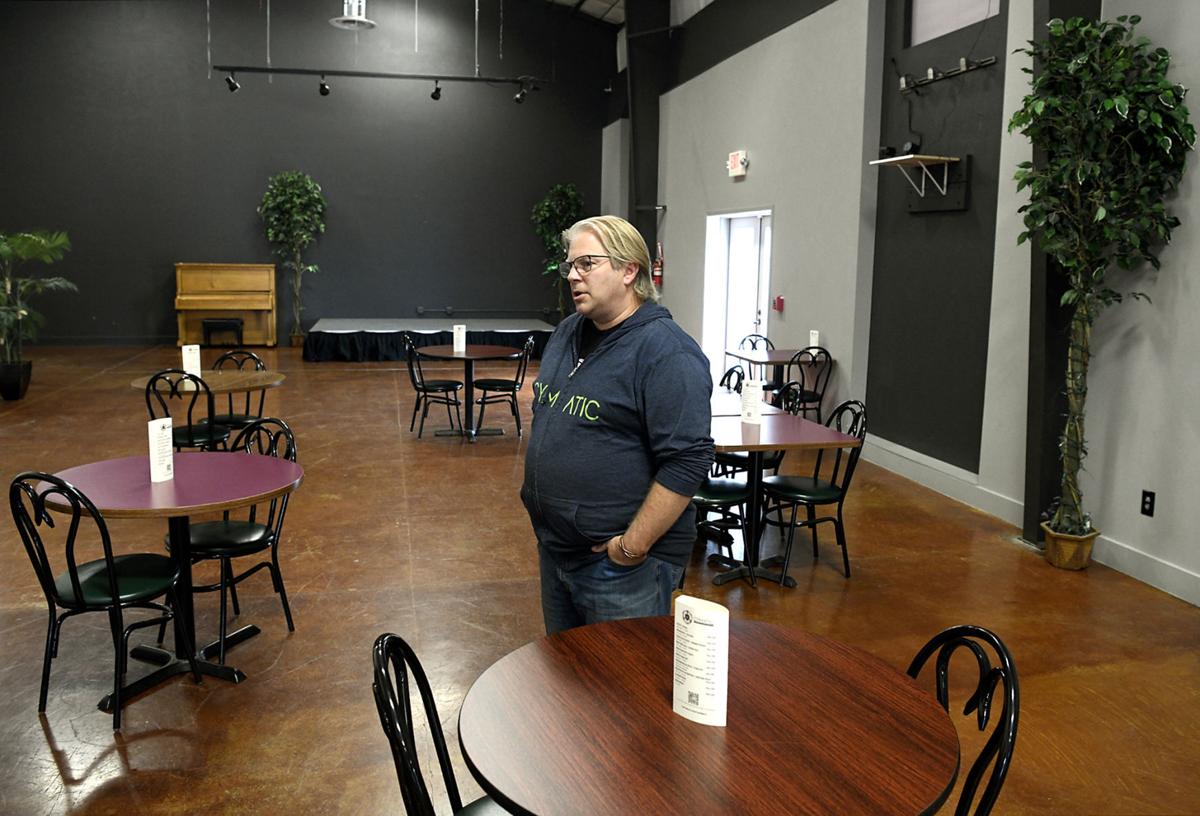 Tim Graham stands in Cymatic's tap room, where the business is planning music and other entertainment.

The word is starting to get out about Missoula’s newest brewery and restaurant, Cymatic Fermentation Project, located at 5646 W. Harrier Drive near the airport.

They haven’t advertised their presence much, and they’re only operating a small one-barrel brewing system before their larger 10-barrel system and canning machine is in place early next year.

In a way, they’re slowly introducing themselves to the community and allowing customers to watch the progress rather than waiting to open when they’re at maximum production.

“The fun thing about what we’re doing is we’ve got beer and people can come sample and try that, but we’re also building and expanding this at the same time,” explained owner Tim Graham. “So it’s kind of fun for people to be able to come in and watch a brewery build itself.”

He wants to evolve with customer feedback.

“Basically a lot of times, you know, you hear about (a business opening) but you don’t get to see it,” he said. “And then the doors open and you come in and it’s already set up."

He wanted to do things differently.

They’re located in the old Missoula Winery and Event Center, which is essentially a converted warehouse.

“As you can see there’s a big space here,” Graham said. “We’ve done some music and other events. We’re looking at several different options to make it more of a lounge where people can come and stay and hang out and have fun. We do a big emphasis on music and art and color and that kind of thing.”

A framed picture of late musical artist Prince hangs on the wall, illuminated by purple lights.

They have an indoor stage and an outdoor stage for the summer months. This winter, the patio will feature propane fire pits. Right now, they serve grilled panini sandwiches and grilled wraps, but they’ll also start offering soups and chili this winter.

“We’ll definitely have music,” Graham said. “We’re looking at bringing in some games and stuff and arcades games and that kind of thing. Come for the beer, but stay for lots of other things.”

Head brewer Peter Landman grew up in Missoula and has worked at several different breweries. They're purposefully starting out small, he said.

“We’re just kind of meeting the demand with the size of (the current) system before we go way in on a production system and then wait for the demand to catch up with that,” Landman explained. “Just trying to kind of test the waters.”

Right now they’ve got 10 taps. Their three flagship beverages are a New England IPA, a Pilsner and a neutral-flavored seltzer. Bartender Christophe Bauvy can add whatever flavoring to the seltzer the customer desires at the bar, and they’ve also got edible glitter to mix into the drink.

“We’re doing a big push on seltzer,” Landman said. “A lot of places, it’s more of an afterthought. It’s just something to do because it makes money and people like it. But we both really enjoyed making it and I’ve been developing the recipe we’re using for about four or five years now.”

They try less standard beers, like an orange creamsicle sour or a barrel-aged imperial stout or a triple IPA.

“Once we have the production system in place, we’ll be able to use the pilot system to do some really funky stuff,” Landman said. “I really want to do a Honey Graham Ale beer. It’s a delicious cereal. Just try to get some flavors you wouldn’t expect that are hard to commit to a full scale production."

The small system they have now will allow him to experiment.

"When we’re making one barrel at a time, if it doesn’t turn out it’s not a huge financial loss," he said. "And if it does turn out we can scale it up.”

Graham said it was the location of the building that sold him. He’s noticed that many people flying in to Missoula like to stop there right after they land.

“I love beer and for several years looked at wanting to open something and came to this location and really loved it,” he said. “And I love the outside space and the room for growth on it. And so I just kind of jumped in.”

Cymatics are essentially the patterns that develop when a thin coating of particles or liquid is placed on a membrane and vibrated.

“Cymatic Fermentation Project is our idea of how your different senses play around with each other and how we can influence that with the beer, the sound, the music and the lights and stuff we have,” Landman explained. “It’s still a work in progress.”

They tried three other names, but trademark laws prevented all of them. But they’re happy with the final name.

“It’s kind of a great name I think,” Bauvy said. “It took us a while to get there but we were all working on that project together. It was meant to be.”

The brewery is open for a happy hour 3-8 p.m. on Thursdays and noon-8 p.m. on Friday, Saturday and Sunday.

Mindbody has secured a $500 million investment in order to accelerate growth.

There are 70 cannabis-related businesses in Missoula's city limits. Planners recommend a law on where they can locate and a ban on opaque storefronts.

Along with the cryotherapy chamber, they offer compression therapy, an infrared sauna, a red light therapy room and pulse massage guns.

The big grassy hill in Caras Park in downtown Missoula is not long for this world.

Drum Coffee will host Missoula Taco Guy on the second Saturday of every month. Also, renovations to the Radio Central building downtown are nearing completion.

Owner Peter Lambros sent a short message to the Missoulian about why the popular eatery closed.

"As the Hob Nob turns 20 and our lease is coming to an end, we have decided the time has come to hang up our aprons and retire from the restaurant business."

The boosters will be available at the department's vaccine site at Southgate Mall inside the old Lucky's Market space.

The train horns currently produce a 90-decibel noise that hits a wide swath of homes in the lower Rattlesnake and downtown area in Missoula.

Tim Graham stands in Cymatic's tap room, where the business is planning music and other entertainment.