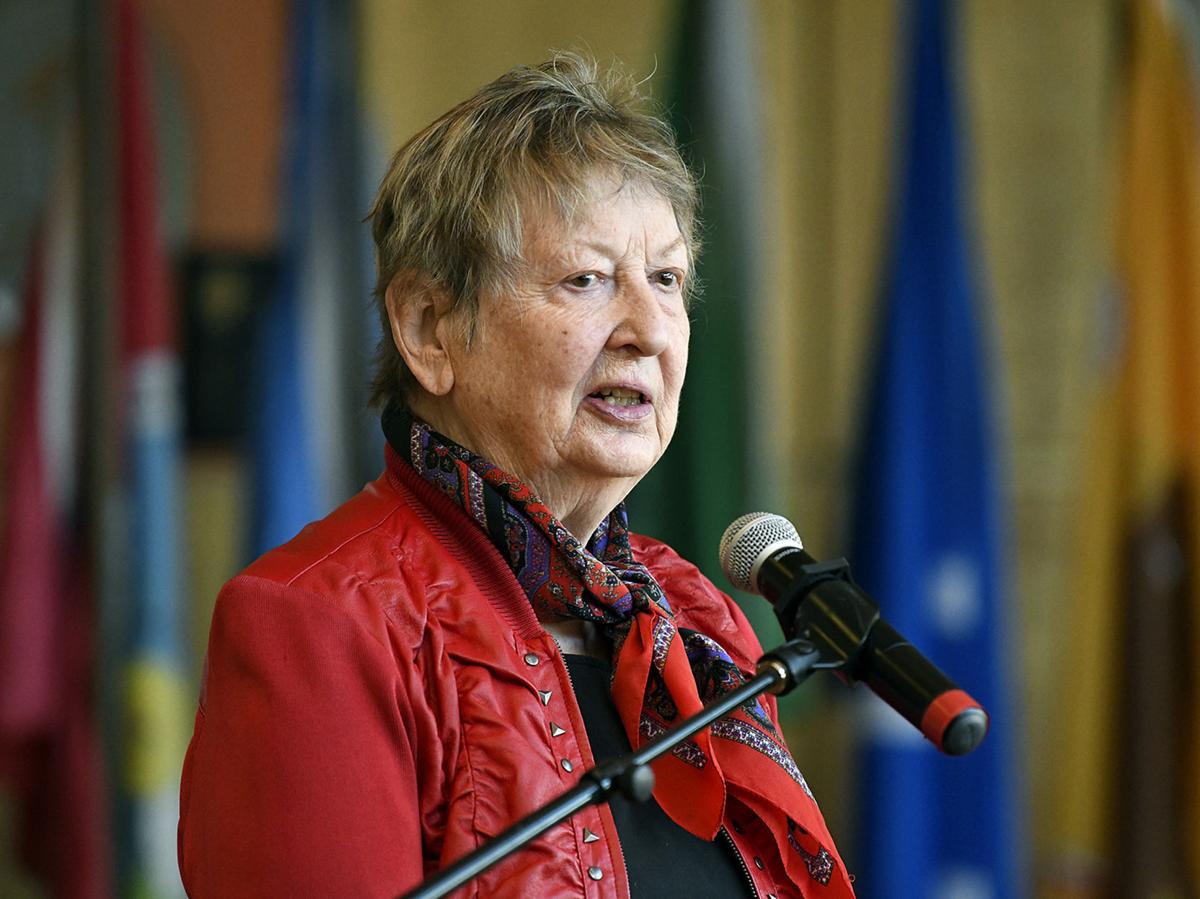 Lois Welch speaks at the University of Montana on Monday during the announcement of the James and Lois Welch Distinguished Native American Visiting Writer Fund. 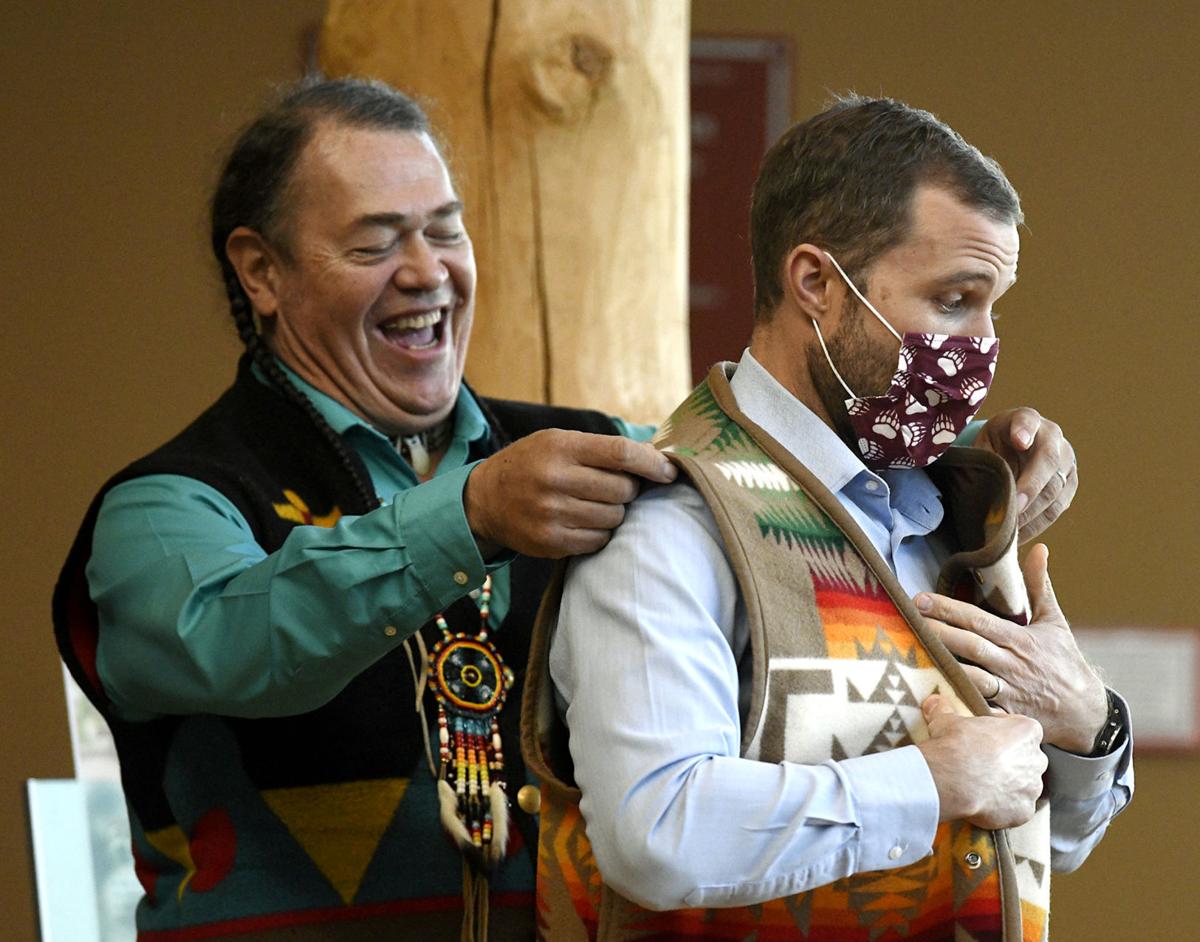 Blackfeet Tribal Chairman Timothy Davis, left, presents a vest made by his wife to UM President Seth Bodnar during the Welch fund announcement on Monday.

The James and Lois Welch Distinguished Native American Visiting Writer Fund will bring a Native American writer to campus to teach each spring semester. The position will be endowed through a gift from Lois Welch’s estate plan and the funds will be invested so that the earnings can support the program in perpetuity.

“Jim would be in a happy state of shock today to hear us formalize this (fund) in the UM Creative Writing program,” Lois said on Monday.

“This program, this university, that poet (former professor Richard Hugo), kick-started him on his career as a writer,” she continued.

Lois previously served as a professor of comparative literature at the university and was head of the creative writing program. The $50,000 per year fund is a “natural progression” in the ways the Welches have supported UM and Native American students, she said.

The Welches have supported a scholarship for creative writing students as well as the James Welch Native American Writers Festival, which is planned for summer 2022.

“It’s an honor to be here today to present this to the president (Bodnar) and say thank you guys, especially to Mrs. Welch for the great generosity and giving that will benefit students forever,” Davis said.

Davis presented Bodnar with a vest his wife made to celebrate the occasion.

Bodnar thanked Davis for the vest and Lois for her generosity and lasting impact on the university.

James Welch earned his bachelor’s degree in 1965 and then enrolled in the Master of Fine Arts program, where he met his mentor and friend, Hugo.

Welch wrote many books including “Winter in the Blood,” “The Indian Lawyer” and “Killing Custer: The Battle of Little Bighorn and the Fate of the Plains Indians.”

Welch was of Blackfeet and Gros Ventre heritage — he spent his early years on the Blackfeet and Fort Belknap reservations. He died in 2003.

“His beating of the drum so slowly brought us back here to a place where we’re now going to have a regular enrichment of Native voices coming to the campus, working with students, making Jim’s optimism show,” said Kathryn Shanley, professor and chair of Native American Studies. “His optimism was a future optimism, a belief in the future.”

It will be the largest reduction in the university’s emissions footprint since it launched its climate efforts a decade ago.

Lois Welch speaks at the University of Montana on Monday during the announcement of the James and Lois Welch Distinguished Native American Visiting Writer Fund.

Blackfeet Tribal Chairman Timothy Davis, left, presents a vest made by his wife to UM President Seth Bodnar during the Welch fund announcement on Monday.